A Broad and Beany Tick

So Leicester City took part in the 'City Nature Challenge', which is some sort of global bio-blitzing competition as far as I can make out. Either way I was happy to try and contribute a few records, and in particular inverts. But. I was really only available for any proper time in the field on Saturday, and the weather was absolute dogshite. Unseasonably cold for late April, and very blustery - a massive weathery u-turn from the Easter bank holiday weekend. Still I gave it a go and got very little for my efforts. I tried at both Aylestone Meadows and then Watermead Cp South. Sweeping was nigh on impossible as the net was all over the place and in any case the vegetation was wet from morning rain. So I resorted to beating every flowering hawthorn and salix I passed to within inches of their lives. I found a handful of beetles and bugs, but not a lot else. Not even a plethora of lep larvae to look at. During the whole day I saw exactly zero flying butterflies, moths, hoverflies or other diptera aside from the odd tiny gnat. I had to resort to looking at common plants and birds to even scrape 122 species, and with the uninspiring conditions I wasn't going to be arsed trying to scrutinise every moss/grass/lichen etc .

However I did get a botanical tick, and a very unlikely one at that. What the hell is a Broad Bean plant doing growing out of the water-side vegetation at Watermead CP South! 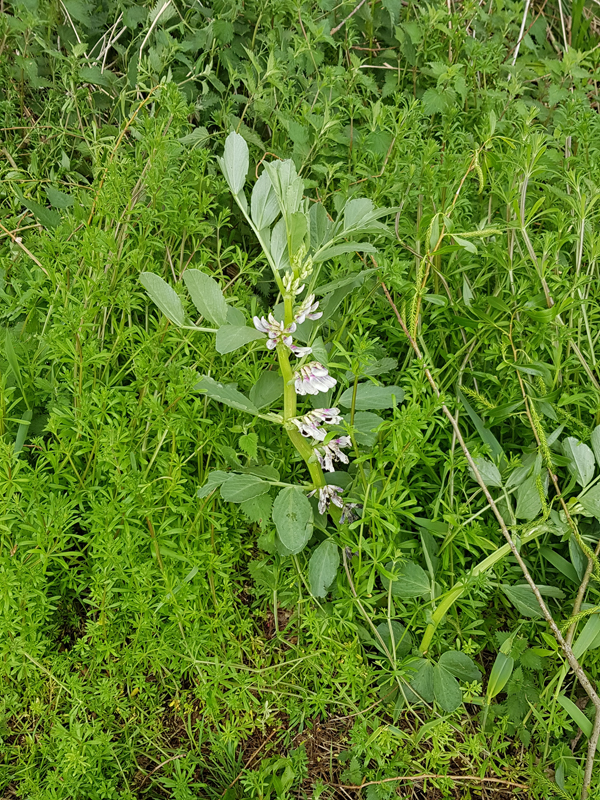 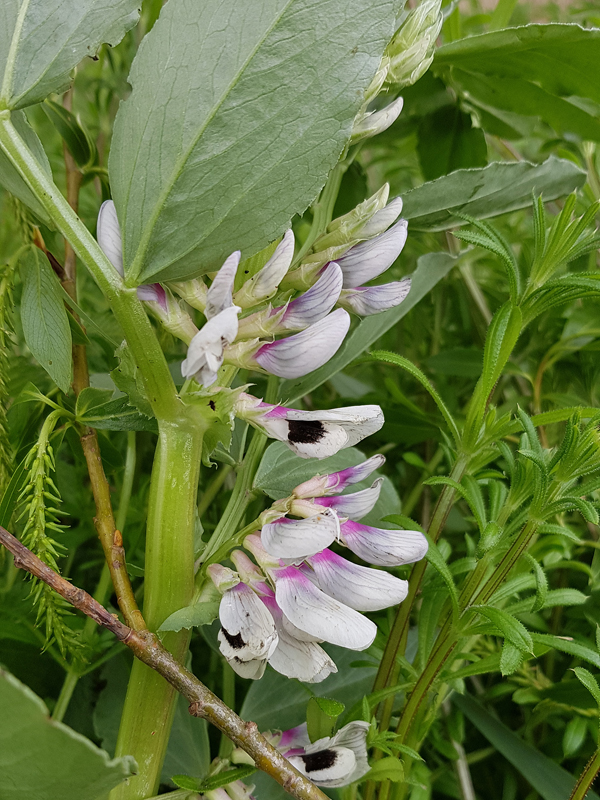 The few inverts I did find were not really suitable for photography. I had a very half-arsed attempt at a couple. 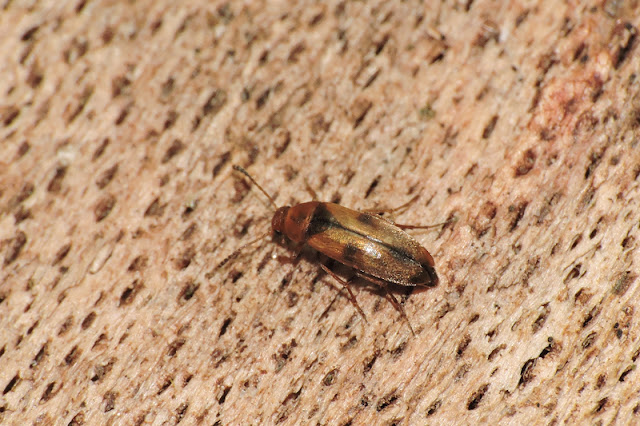 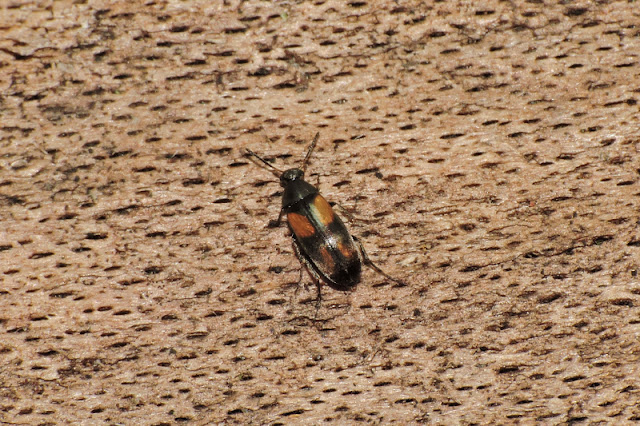 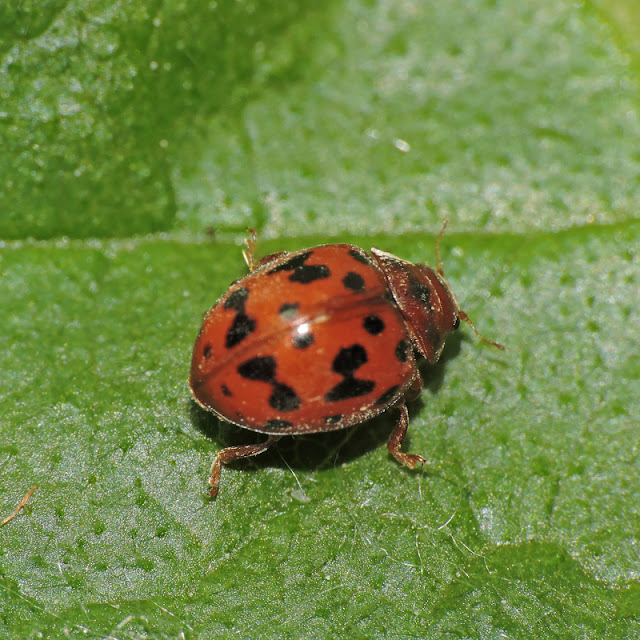 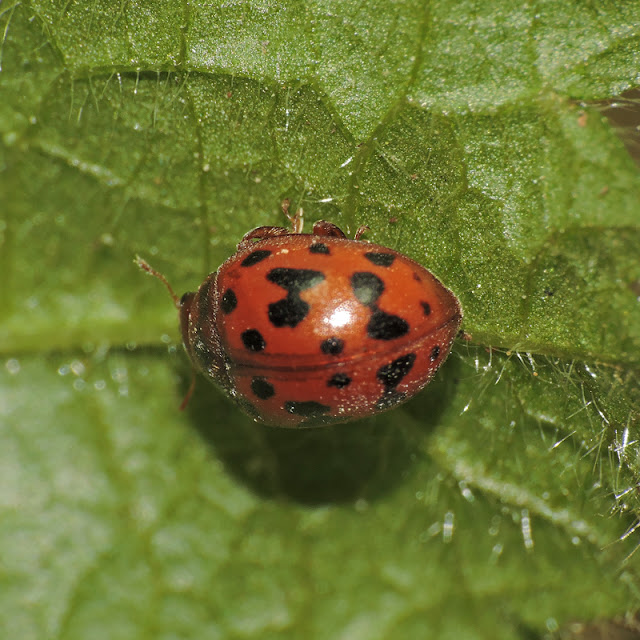 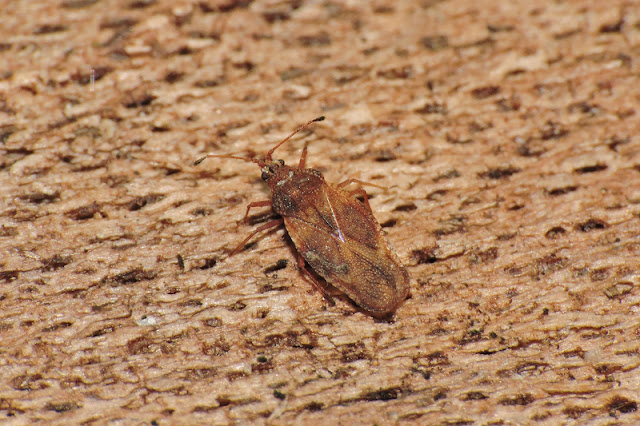 I had more fun poking about in a bracket fungi for 10 minutes the previous day whilst walking around the Cat Hill Wood Several beetles, all new to me although only two identified at present. 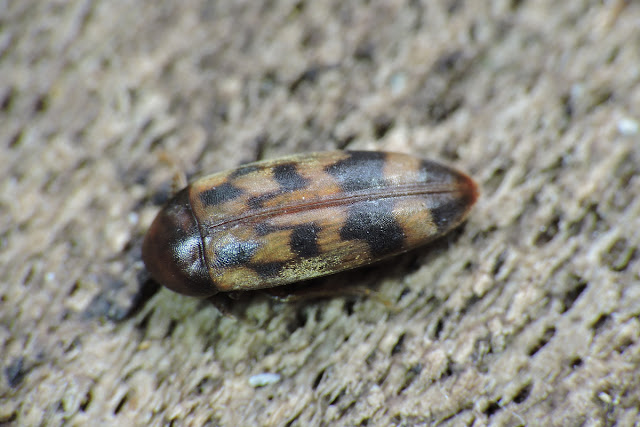 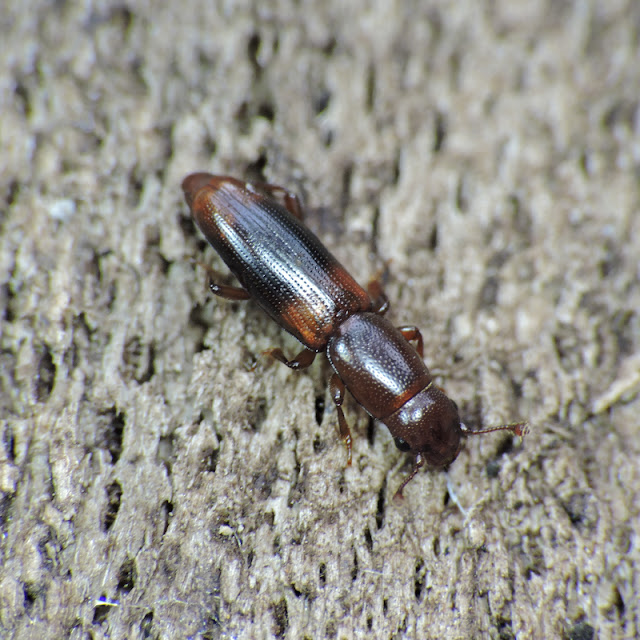 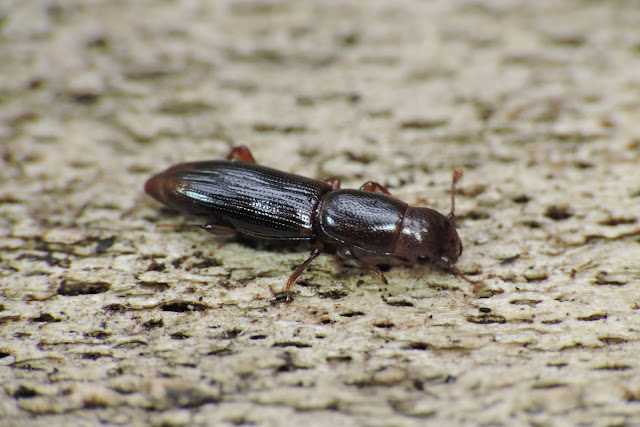 Rhizophagus dispar - a typical and a darker individual 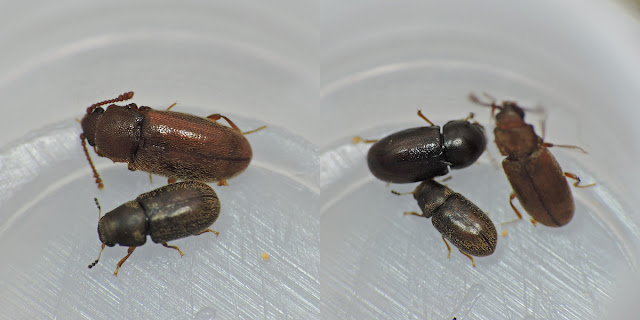 A Cryptophagus sp. and a couple of Cis spp. Probably.
Posted by Skev at 22:08