It's not often that I'm tempted out to try and see a new butterfly; don't know why but despite being a keen moth recorder for 18+ years now, butterflies have never really got me that bothered. But I picked up news of one that I've not seen before just up the road at Huncote Embankment, and so I nipped over late this afternoon. Immediately found the spot and one of the butterflies, though some crappy record shots were about all I could manage ...... 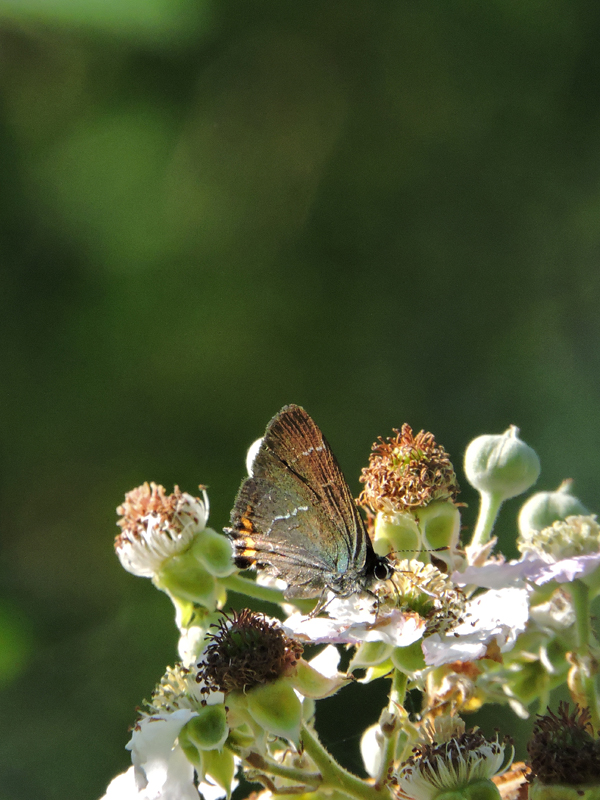 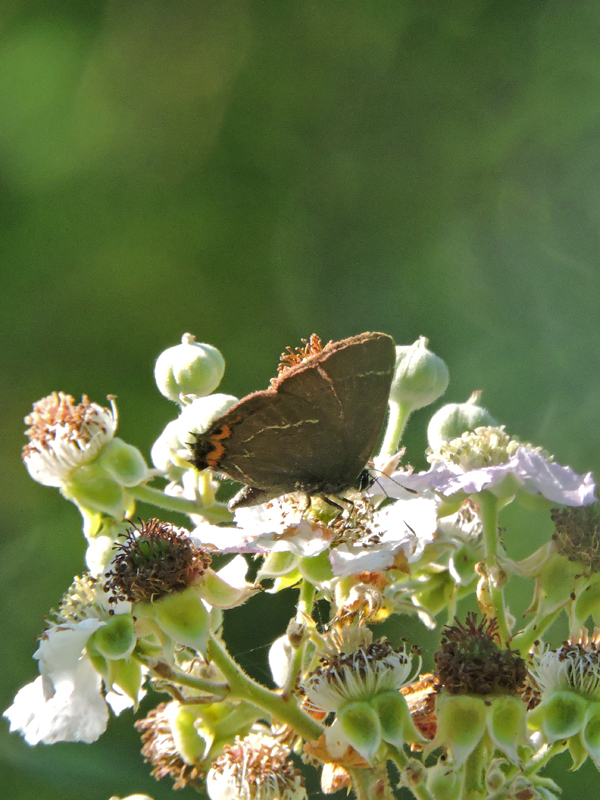 To outline just how unbothered I am about butterflies, that's only my 44th British species.

I do like a good Marbled White though, and there were three or four knocking about on the plateau but catching up with one as they rested for seconds was harder work than it was probably worth! 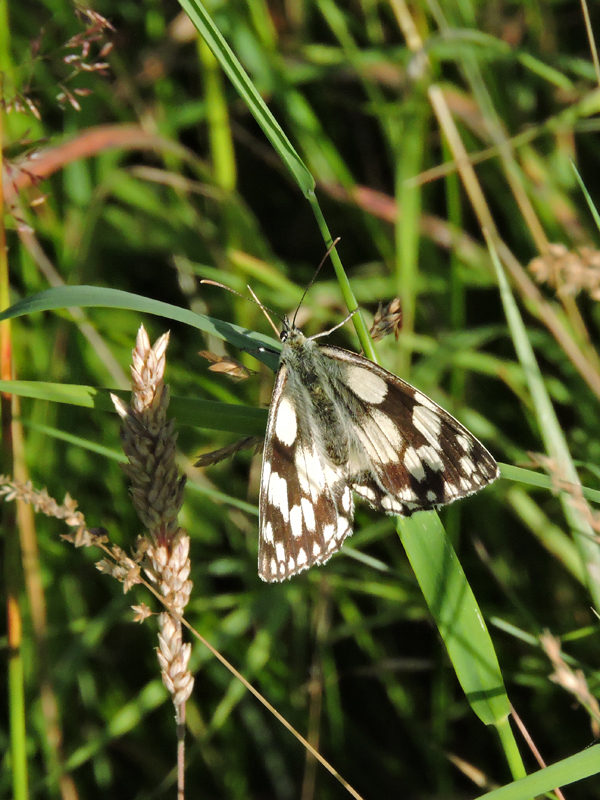 Hoverflies were notable today, with Scaeva pyrastri in the garden and Volucella pellucens at the Embankment. Both of those evaded the camera, but I got these .... 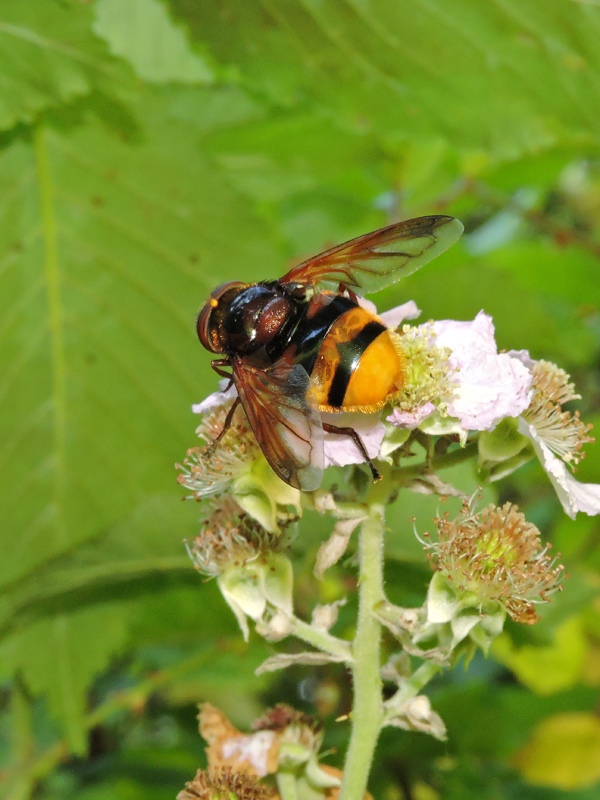 Volucella zonaria - an absolute beast of a hoverfly 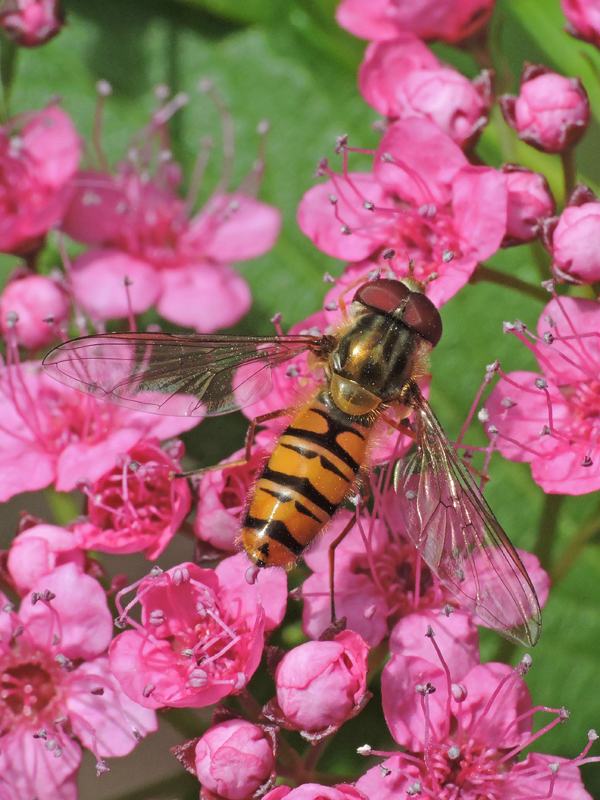 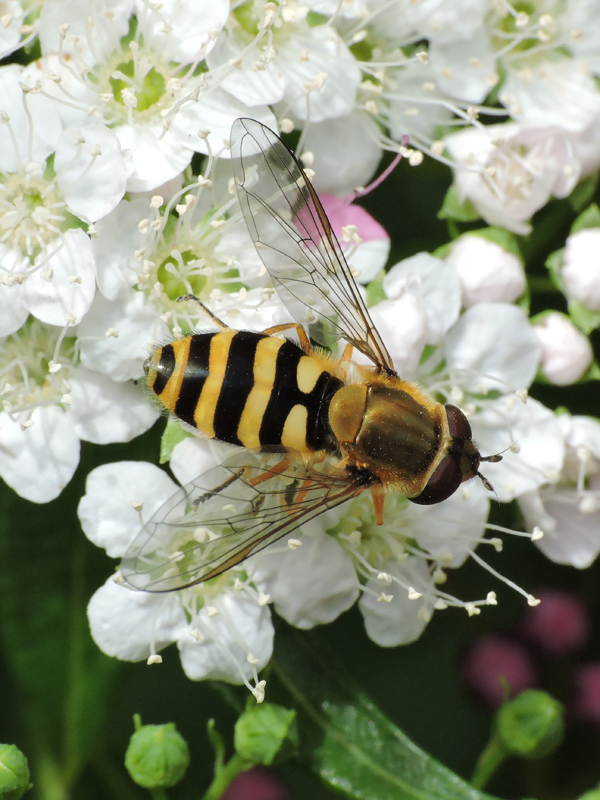 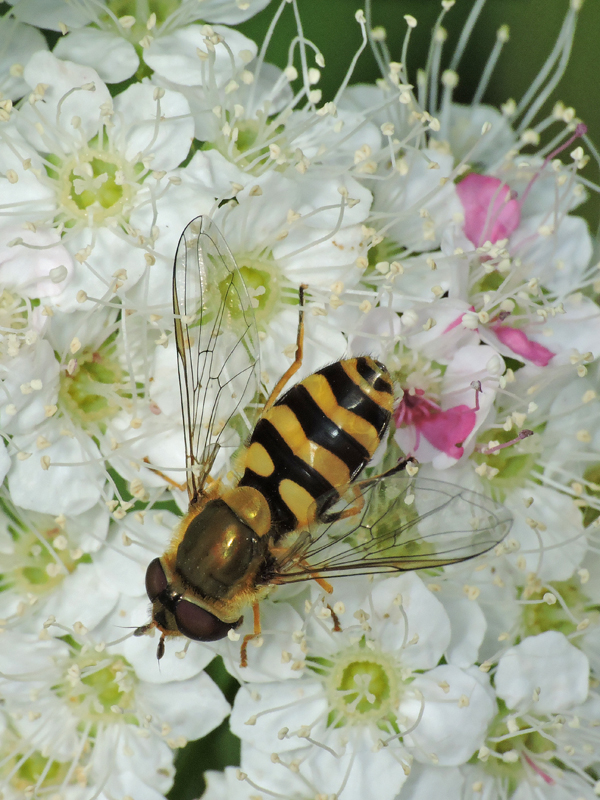 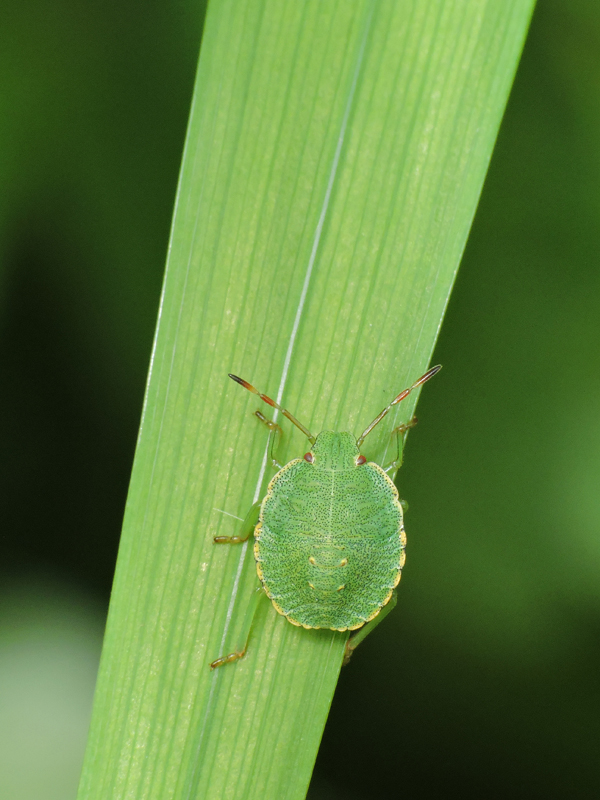 Not a hover - Green Shieldbug nymph

The garden moths traps were back out last night, and there was a fairly decent catch. I'll post a few moth photos another day apart from this one - still enjoy seeing this in the garden, and still can't believe it was extinct as a British species just over a decade ago! 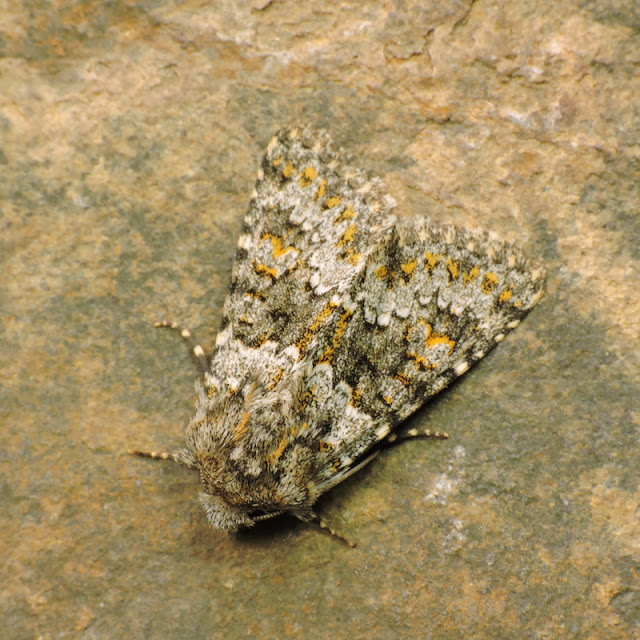 Small Ranunculus
Posted by Skev at 20:47

Snap! Better shot than me though!!