All this recent banana-ing lark in the garden reminded me of an unplanned but novel event some years ago, and I set about trying to find a couple of photos I knew I had somewhere on an old external hard-drive. Anyway, it was way back in 30th June 2001 and a group of us were running a light over a sheet in Martinshaw Wood in Leics. This is back when running a tripod and sheet for a few hours was about as hard-core as it got for us, before the days of running a stupid number of traps over night.

One of the group (I'm sure not me) had brought along a couple of pears, of all things, for a snack. After polishing off the first one the core was accidentally dropped and ended up on the sheet. Being blokes, no one bothered to pick it up and chuck it into the undergrowth .... which turned out to be a good thing.

Quite soon after the fruity core hit the sheet, one or two moths gravitated towards it. Before long we were watching out for moths on the pear rather than round the light. I'm sure none of the moths were primarily attracted by the pear, but it certainly got their interest once they were on the sheet. The other pear was duly half-eaten and dropped to add to the spectacle.

Here's some crappy old digital photos under MV light at night photoshopped back to some semblance of life showing Mottled Beauty, Tawny-barred Angle, Light Emerald, Large Fuit-tree Tortrix, Barred Fruit-tree Tortrix, Green Oak Tortrix, Ingrailed Clay and Plain Golden Y on it. There were probably others, but you can't expect me to remember everything that happened 16 years ago unless there's a photo ......... 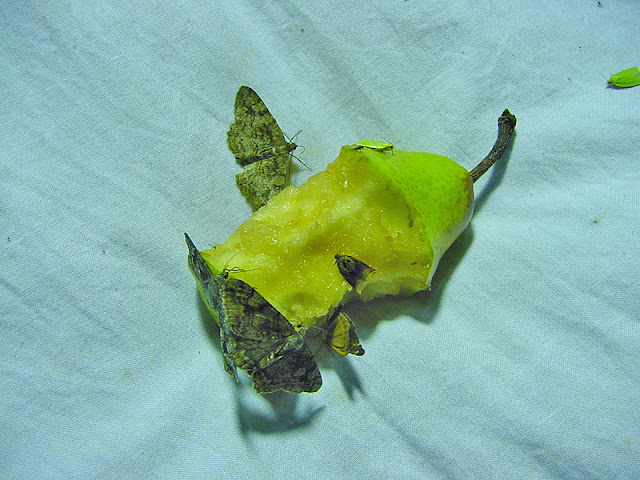 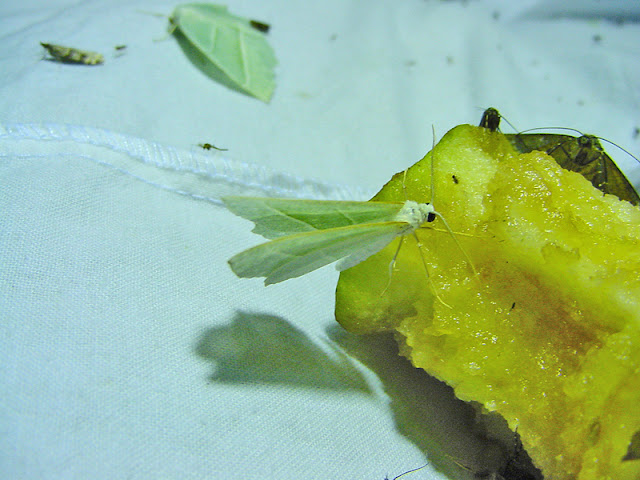 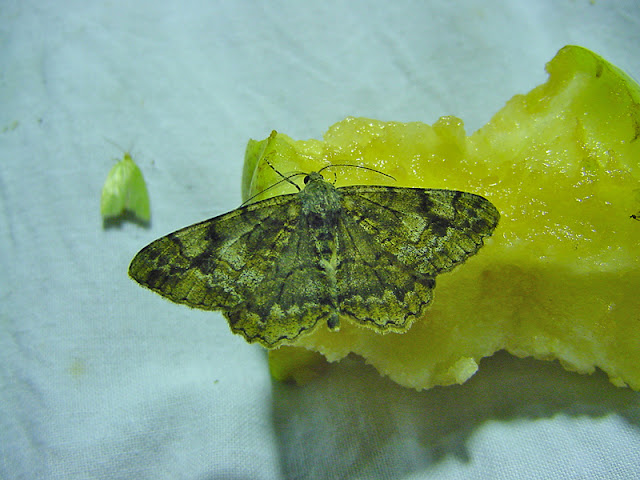 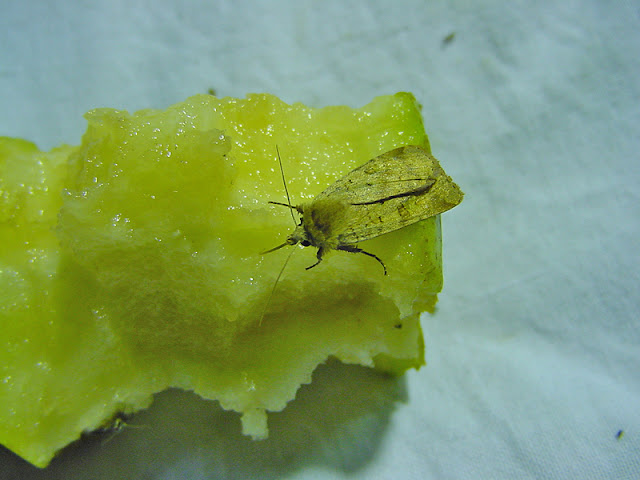 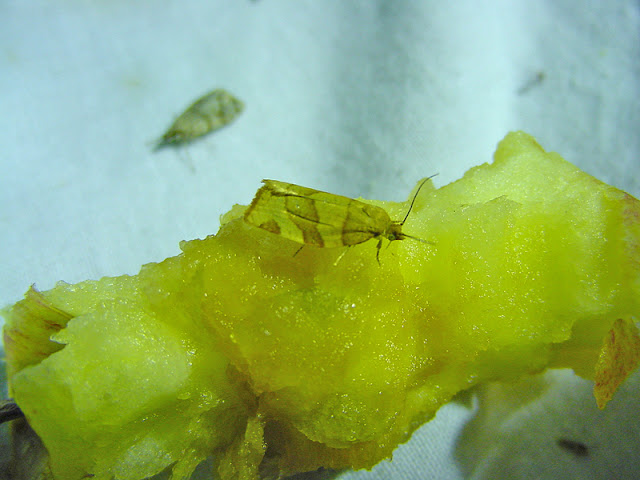 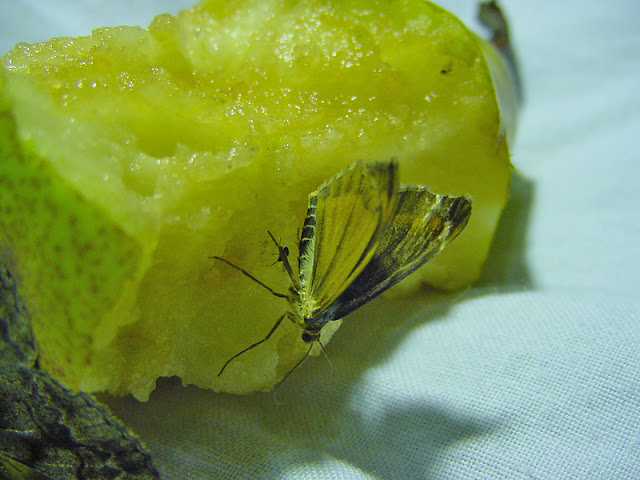 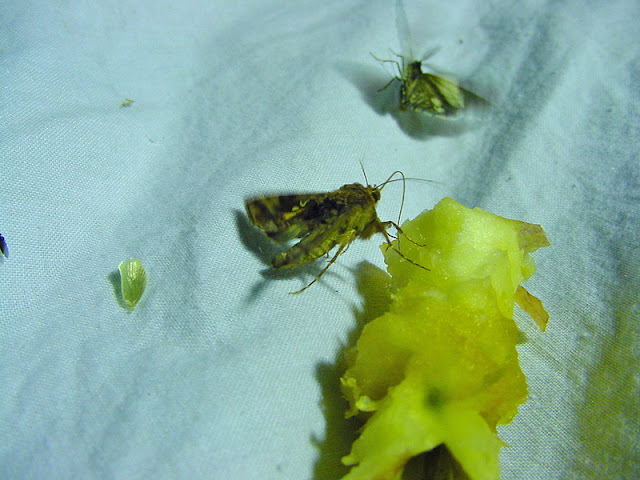 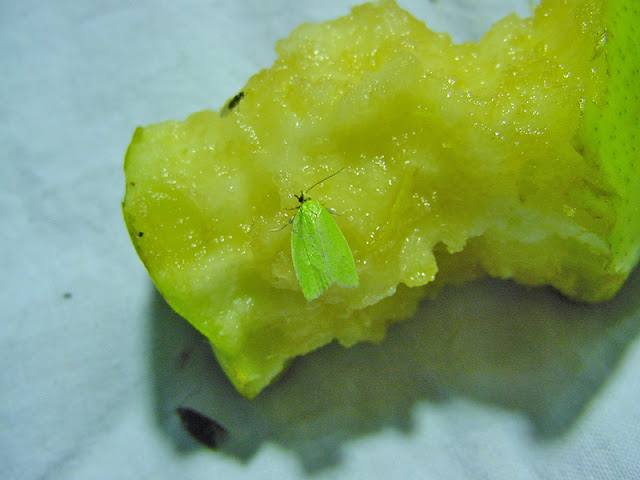