Back in Feb 2014, I mused over what the 100th tortrix species would be for the garden and I posed a list of ten possible species that may turn up. I then promptly started to lose interest/freetime for regular blogging and garden moth recording.

As it happened, the 100th tortrix species and the 101st turned up on consecutive nights; the 100th was indeed the one I suggested would be most likely of the possible ten, but the 101st wasn't on the list. Since then I've added four others - none of which were on the list of possibles:

All of which shows just how impossible it is to predict what might turn up.

Last night I added the 106th tortrix, and happily it was on the original list of possibles! Like Spatalistis bifasciana, it's also one that I added to the VC55 list in the first place so nice to see it turn up in the garden. 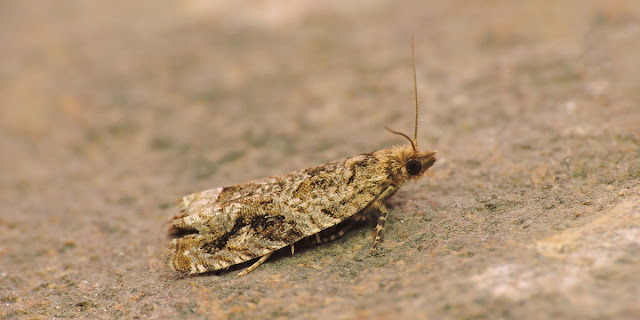 As it happens, I had another Pammene regiana the night before so seeing as I missed posting about it first time around probably good to post one now. 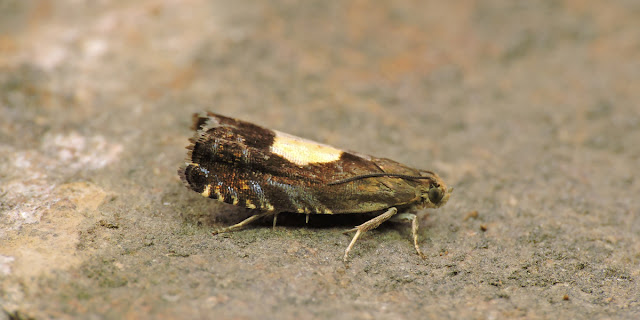 And I suppose I should try and find any photos of the other garden first torts, but the only one I know I have to hand is the 104th from last year which was also a full British tick .... 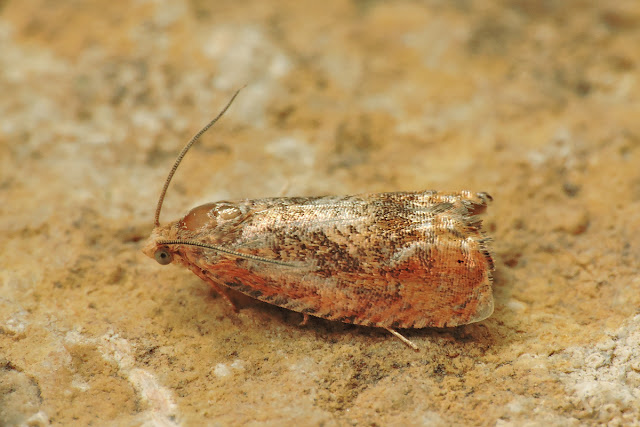 And I may as well post this tort which seems to be particularly common to the garden traps so far this year. 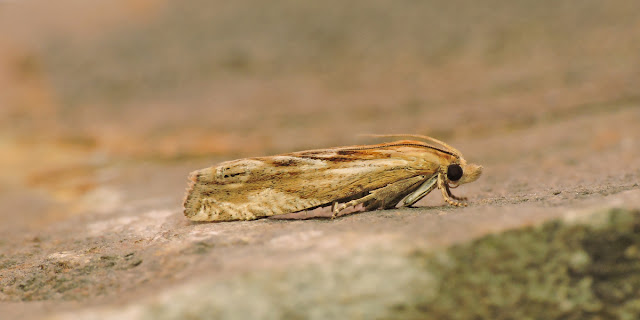