The garden synergetic trap was back out last night for the first time in a few days, given that it was dry, cloudy and the wind had dropped. But overall it was still a low catch - the summer peak is well and truly over and we're in that annual lull between the summer variety and the autumn noctuid glut.

Whilst having a quick nose at the trap before I went to bed, I could see a smallish noctuid high up on the wall above our kitchen window (and therefore above the trap) but couldn't see exactly what it was. But it did look interesting, so I got one of the garden chairs and set about precariously standing on it and reaching up to pot the moth. Having done that, I thought I knew what it was but in torchlight outside and artificial light indoors I thought my eyes might be deceiving me. It went in the fridge and I forgot about it until I got home from work. And yes, there was a feint remaining trace of lilac colour and it was indeed a garden-first Campion. 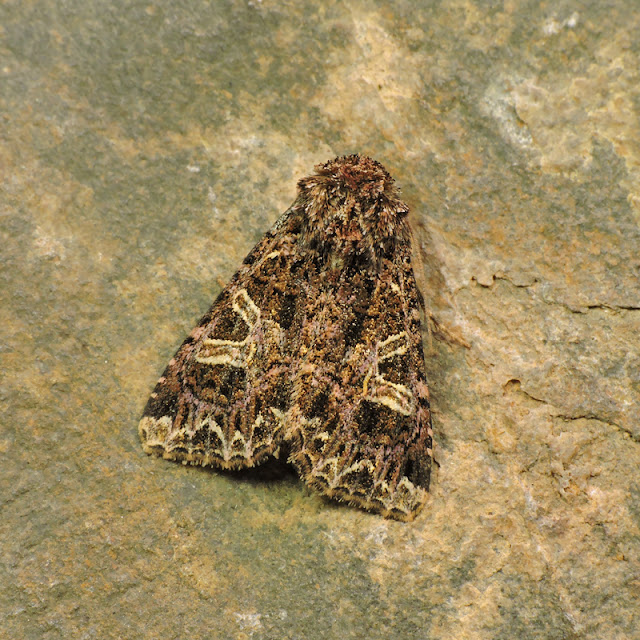 Not much else in there to be honest, so to sign off here's another one that's changed name ...... 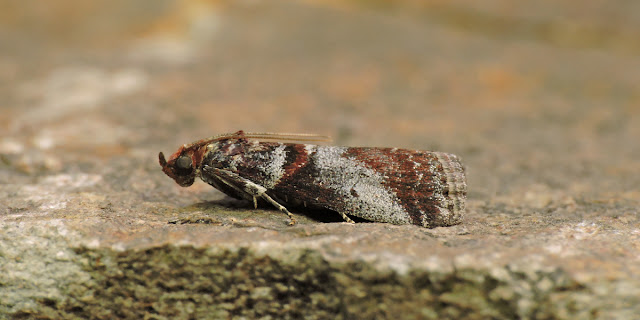