We've not got any viable fruit trees in our gardens. The flowering cherry on the front does just that, flowers with no end product. We also have a small grown-from-a-pip apple tree that is currently way too small to fruit, and maybe never will anyway. However, we do now have a banana tree ....... 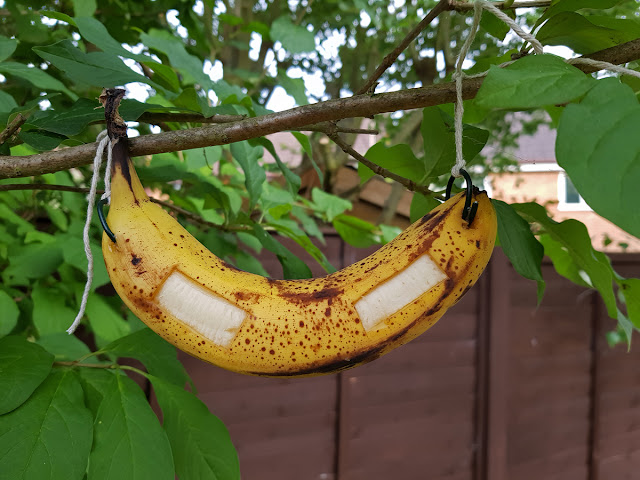 I saw a post on a facebook group showing just such a fruit dangling from a tree with openings cut in the side. The only difference was their photo showed the banana with four Old Ladies and a Large Yellow Underwing hanging off it. I've seen ripe bananas being used in tropical butterfly houses, and I'm sure a long while ago I mashed up a banana into a sugar mix, so I though I'd give it a go.

It will go one of three ways: roaring success, pathetic failure, or wife notices and protests about an errant banana hanging at head height from the lilac bush before the trial has concluded. This actual banana may not be ripe enough yet, but let's see what a happens after a day in the sun tomorrow.

ps: just had a quick peek and the fruity drug has attracted a large number of small fruit flies and one large fly before dusk, so patently it has potential!

We've also cleared a load of redundant crap from behind our shed and it's created quite a big space, albeit one that useless for anything practical. Or so the wife thinks. I've relocated my 'log pile' to one corner - I say logs but in reality they are just quite thick twigs from a silver birch sapling, an old conifer, the flowering cherry and next doors huge buddleia (not that there were any neighbours there when I cut lots of it down ......). 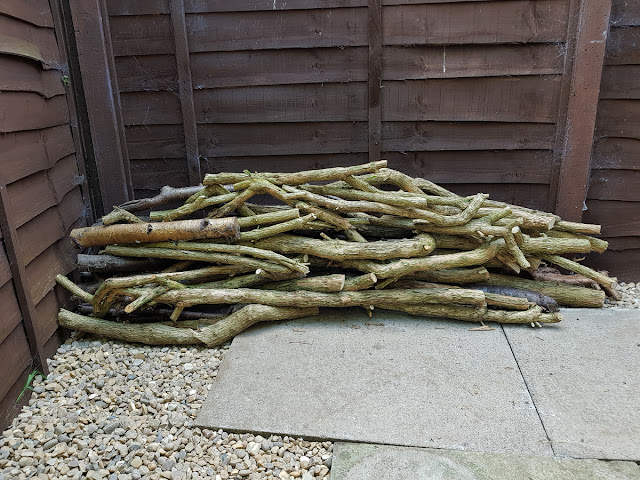 Whilst not exactly logs fit for saproxylic beetles, it does create a nice retreat for all sorts of inverts. I'm also thinking that starting from next year I'm going to run one of the traps from this area. I've run my MV in the same spot since 2000, but this year it seems to be struggling more than usual and I think that's partly due to it now being competely overshadowed by the lilac, birch and a big sallow growing from the neighbours garden. But I'm reluctant to start experimenting now - I'll wait for a complete new season and give it a proper go.

Otherwise, some of my bamboo tubes (over 50%) have been eagerly tenanted by Willughby's Leafcutter Bees. I really need to get my act together and make more homes for these and other solitary bees next spring. 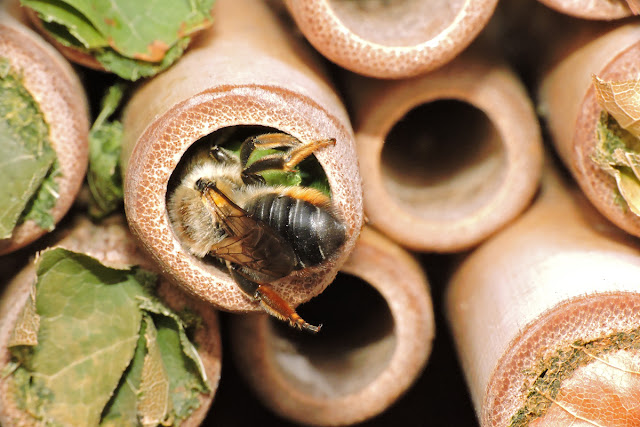 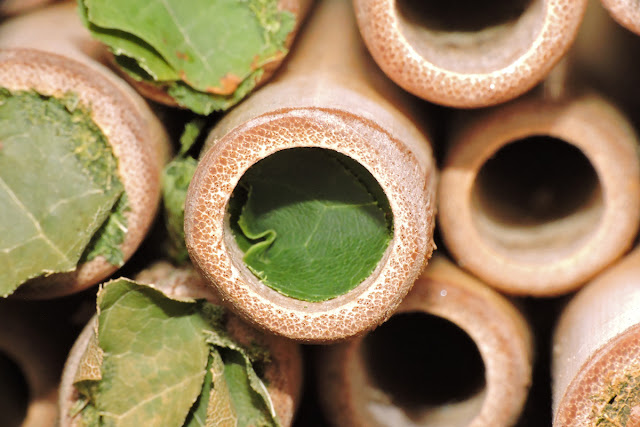 And here's a couple of obligatory recent moths to sign off ..... 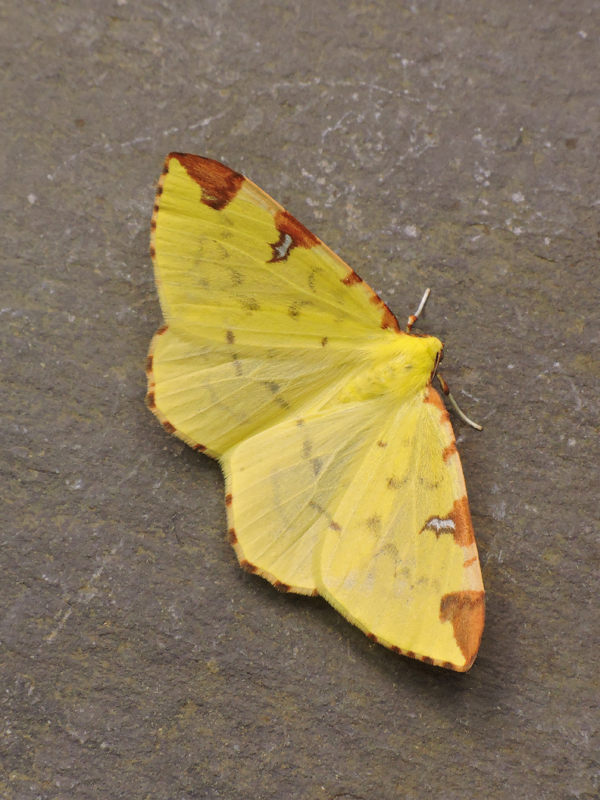 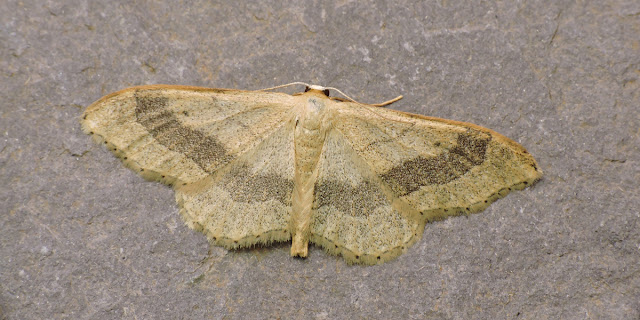 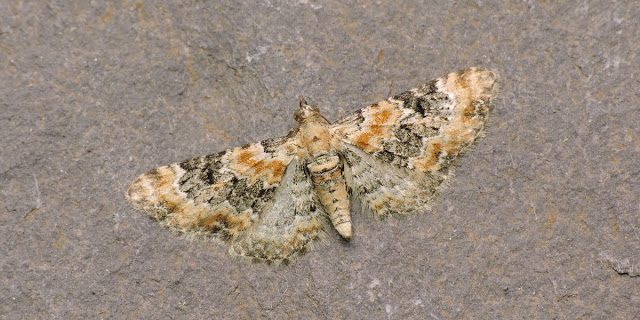 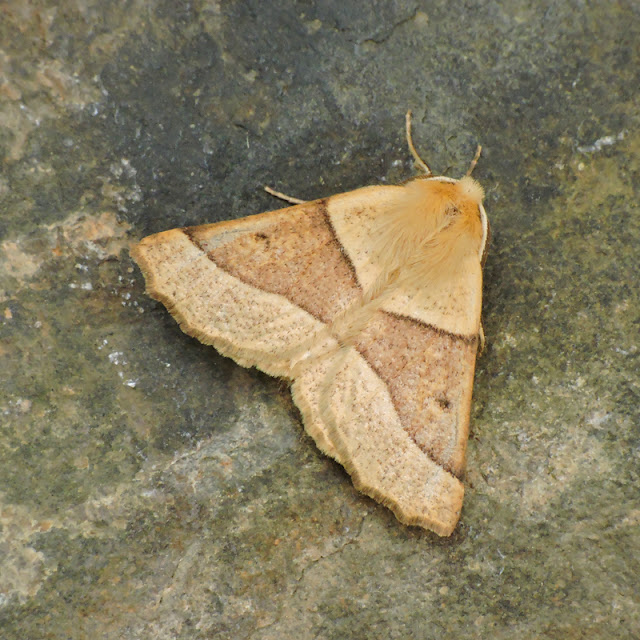 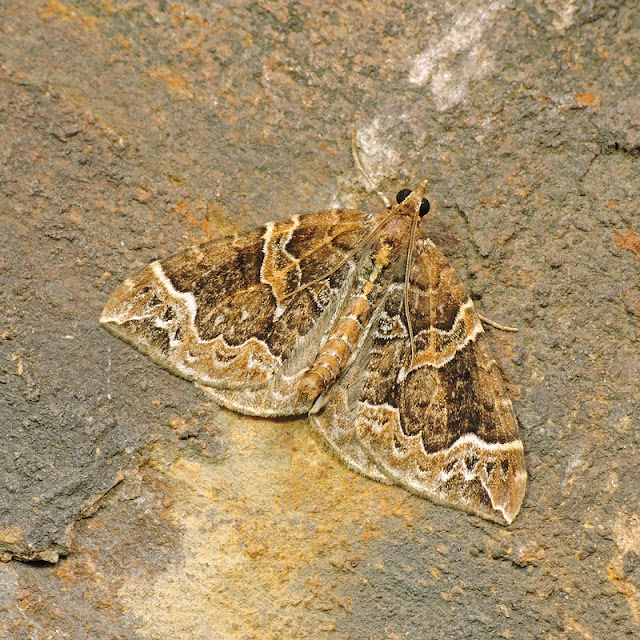