Hmmm. Just as I start taking out the camera to the garden at 04:30 in the morning, the catches ease off and there aren't any interesting bugs or beetles to bother with it. This morning though, there was something different but it wasn't one for the camera, what with it flapping about the bulb constantly like a big angry bastard. It was a large (very) Ichneumon that I managed to pot up before going through the moths. I'm sure it is harmless, but there was no way I was taking a chance! I've subsequently identified it using the new NHM Guide as Opheltes glaucopterus - new for me and the garden.

As for the moths, numbers down over the last couple of nights but the NFY species keep coming with one or two more interesting species each night. 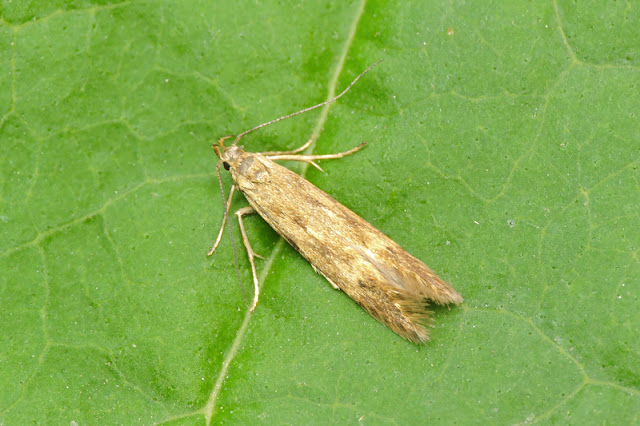 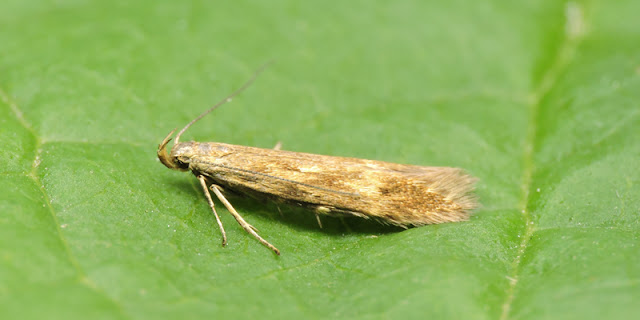 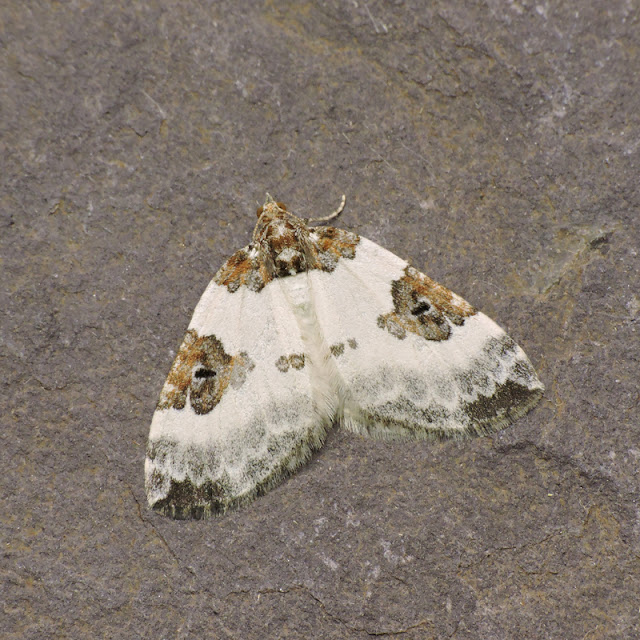 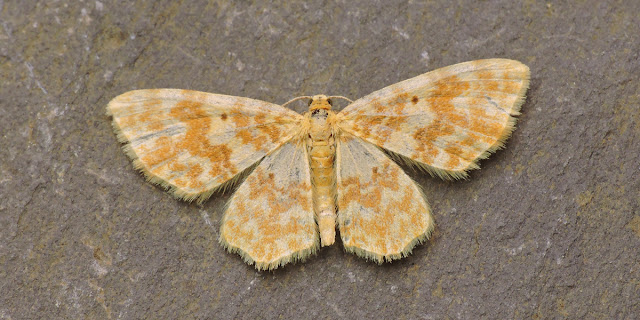 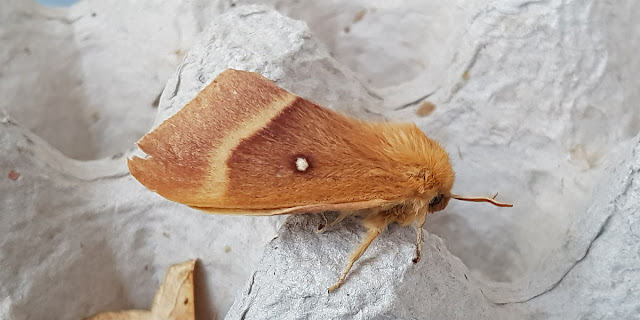 This Oak Eggar is the 13th individual for the garden, and 12th female (in 2003 I managed to 'assemble' a male to a female I caught at light the previous night). Whilst that might not seem many, my garden records alone account for c15% of all VC55 record, and those records go back decades before I started recording. Aside from these, I've recorded it at two sites fairly close by (Enderby Quarry and Huncote Embankment) which means my personal records are nearer to 20% of all VC55 records.
Posted by Skev at 21:21