Time to highlight another moth that turned up in bygone years and is now overdue for a re-appearance in the garden. I've got two records of Bordered Beauty, both of singles, on 21/08/2001 and 05/09/2006. This is not an especially scarce species in VC55 (equally not common), but it feeds on sallow with a preference for damp woodland etc. There is no reason why it should not turn up in the garden more than it has done, and certainly it should of appeared in the last 10 years! It is quite possible that I've missed it through apathy - even in good garden-mothing years I lose a bit of impetus in mid-August to early September after the summer rush is over but the autumn noctuid flush has not quite started. Must make an effort to trap through that period this year! 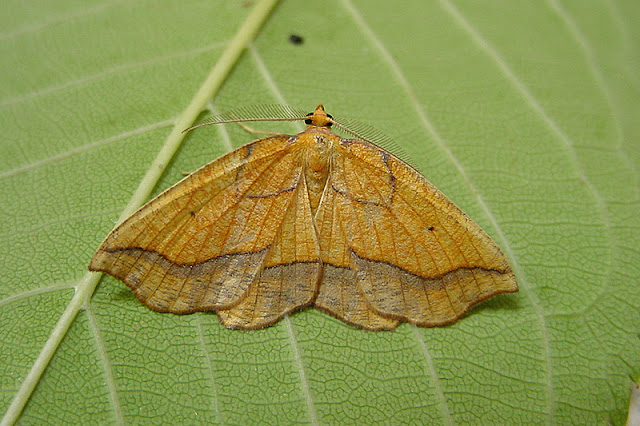