It's been one of those weeks at work that, quite frankly, drive you round the bend and make you crave for an easier life. Today, the effect was exacerbated by the glorious blue skies and bright sunshine on show outside of the windows .....

Thankfully, I was able to leave work at 16:20 and head for home through the still-pants traffic as our main local route is still closed. I got myself sorted out and headed down the lane for some respite. Big groups of wintering thrushes still knocking about, with c160 Fieldfare + c40 Redwings today in one field. They seem very flighty lately though - they are up and off into tree-tops even when you are some way off. 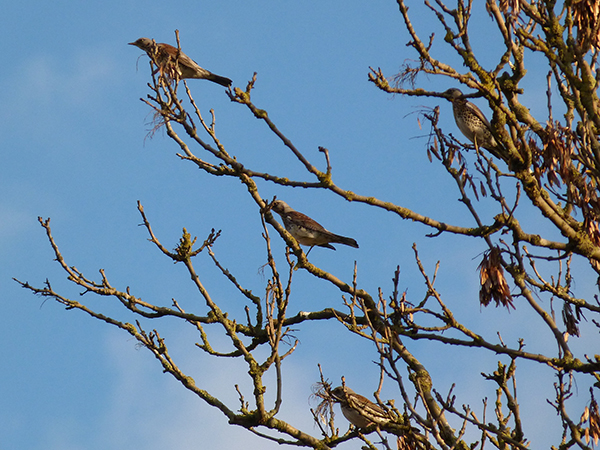 A couple of Common Buzzards were on show, wheeling about in the clear blue. Whilst watching these I heard again a calling Yellowhammer - excellent. I eventually picked it up along one of the hedgerows running into the field - amazing how hard a bright yellow bird can be to see. I carried on, keeping an eye on the grassy verges for anything flowering and eventually found a few clumps of Common Field-speedwell - down in the shade of the hedgerow though so I'll try and get shots another day.

I carried on across the main A426 and and down the other lane towards Whetstone Gorse. Plenty of Red-legged Partirdges about, all seemingly in pairs. There it was again - calling Yellowhammer. And another! I loitered around the PYO farm and eventually saw or heard at least four different birds calling or singing. Managed to get a record shot, not the best but as the saying goes 'slowly, slowly catchee Yellowhammer' - I'll get a better one sooner or later. 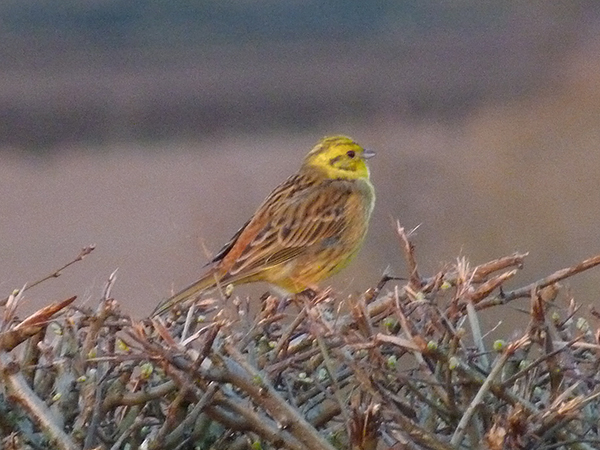 Whilst stalking this bird, I heard another welcome sound - singing Skylark overhead for this first time this year. Great stuff. Lots of singing Blackbirds, Robins and Dunnocks along the lanes aswell, and plenty of pairs of Blue and Great Tits evident. By now the light was fading fast and it was getting chilly ..... 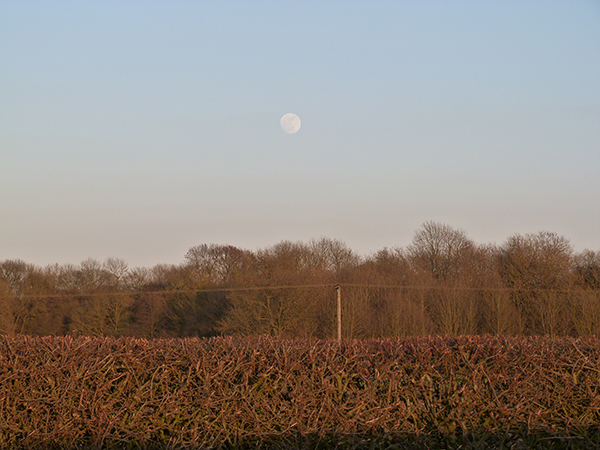 To the east - bad moon rising 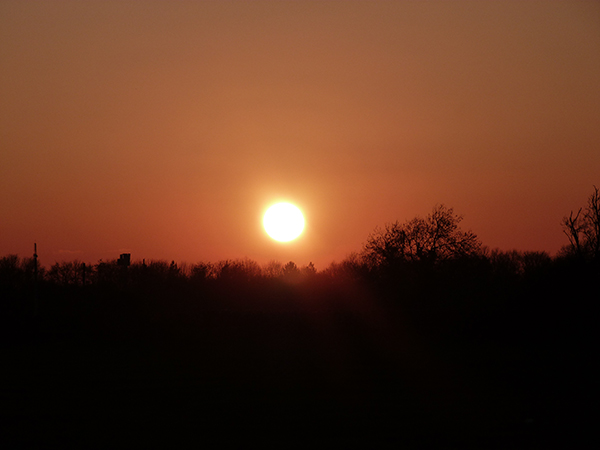 To the west - land of the setting sun 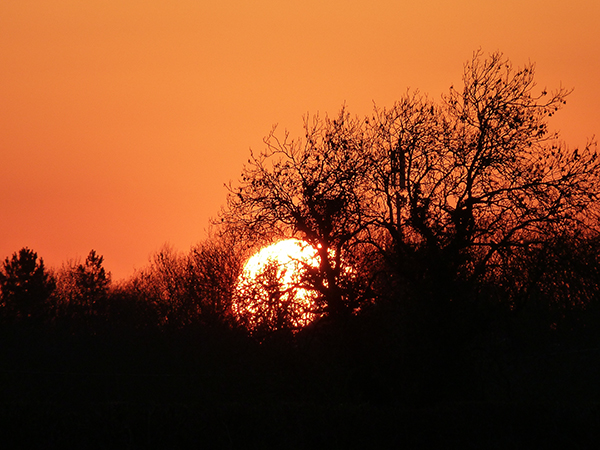 Probably not worth getting the traps out then
As I headed home, the resident Little Owls were brazenly sitting out. I watched them for a bit but there's only so much watching a motionless blob you can do.
Posted by Skev at 20:42

I found it well worth getting the trap out Mark! I caught a first for me!