Messing about with Barn Owl vomit ....

For most of the day, we have enjoyed the peace and quiet that comes with having no children to pander to. Isabelle has got into a weekend routine of going into town on the bus, whilst the boys were away on a Cubs outing to Hendon RAF Museum. All just aswell for me really, seeing as the day started with a beer and whisky induced hangover after a works do last night ....

Later in the day I set about a practice run with the Barn Owl pellets. I selected a medium sized one, gave it a quick soak (though it was pretty fresh anyway) and dug in with some dissecting needles and entomological tweezers. 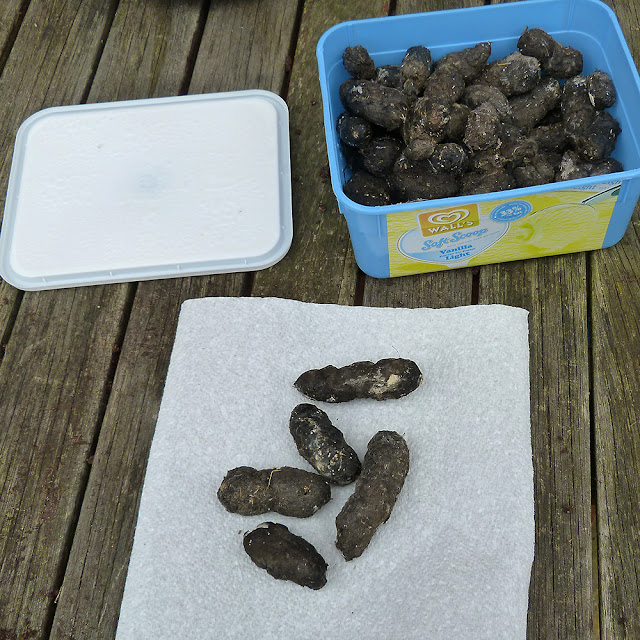 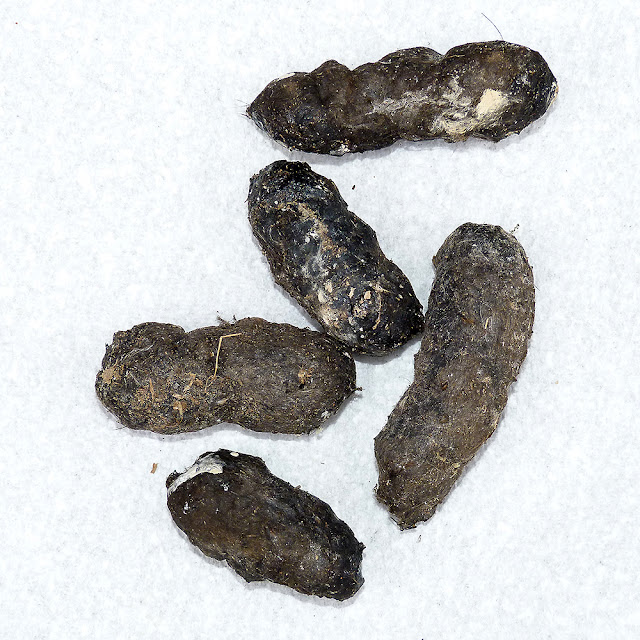 I selected the darkest one from above, medium sized and fresh

Absolutely fascinating it was. I was hoping to find a skull and lower jaws to try and ID, but ended up with four skulls (though I only found seven lower jaws). The numbers of other smaller bones was ridiculous - no way I was going to make any effort to collect and separate them all. I just honed in on the larger and hopefully more identifiable bits. Trying to clean the massed hair/fur off of everything is a right pain - I just got it off enough to see what I had. I'd already searched the tinternet and found a useful guide to identifying the various bits. Here's a few shots of various bits I found (most can be clicked for big): 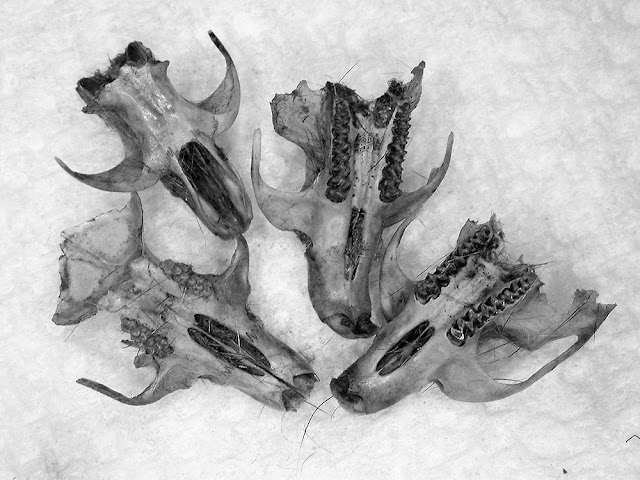 Four skulls - three voles and one mouse. The skulls are apparently often damaged/crushed. 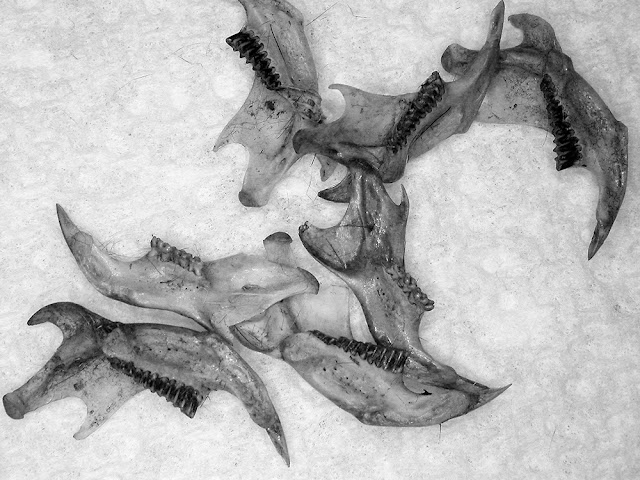 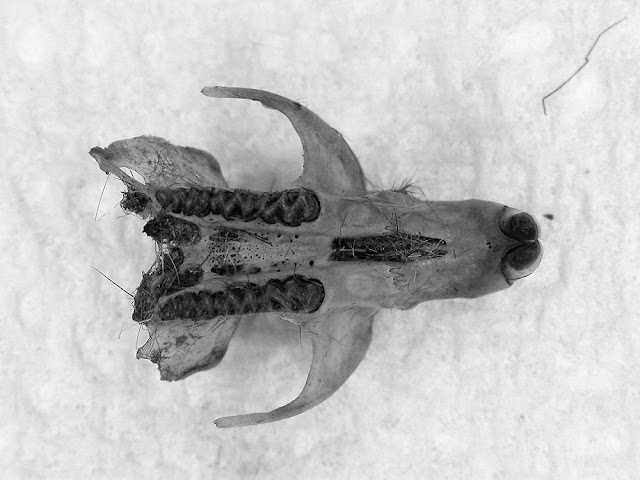 This is a vole skull, identifiable by the zig-zag teeth. 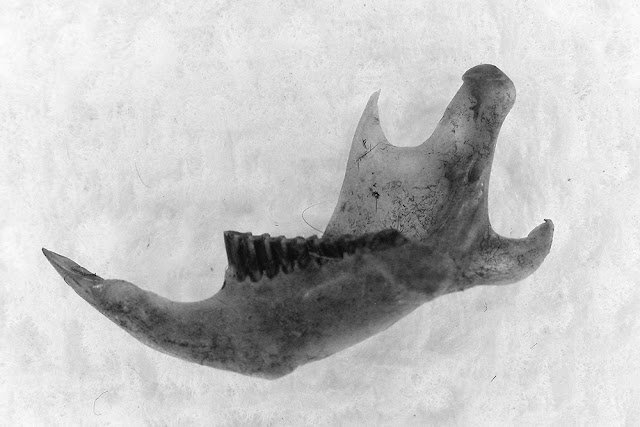 The serrations running the whole length of the teeth confirm - this is a Field Vole. 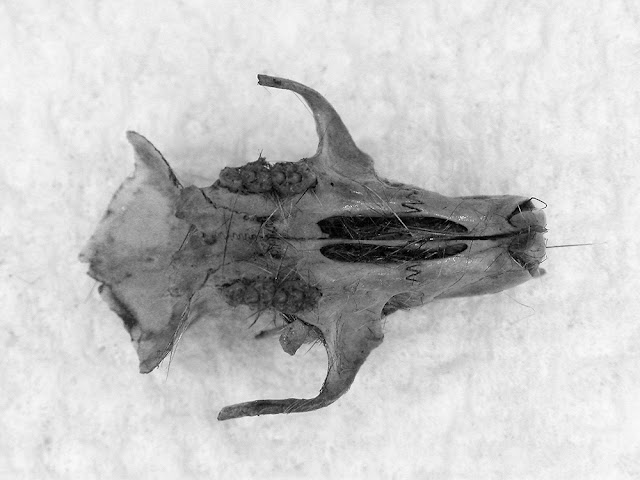 The more normal looking teeth with cusps confirm this is a mouse or rat. 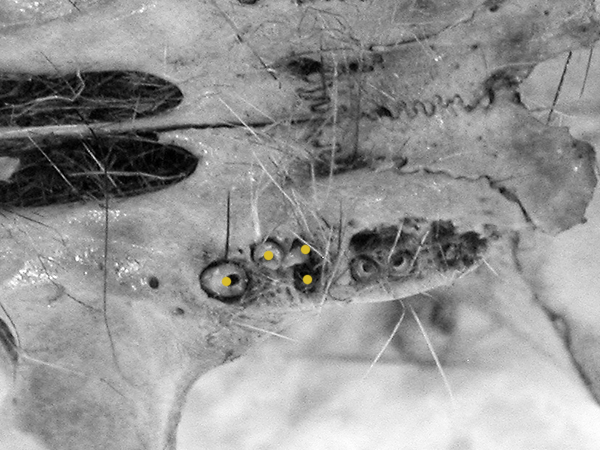 Removal of the teeth shows the pattern of the root sockets (marked with yellow dots). This pattern confirms it is a Wood Mouse. 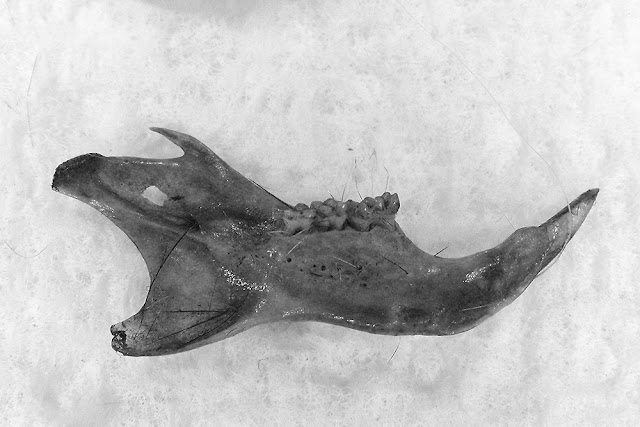 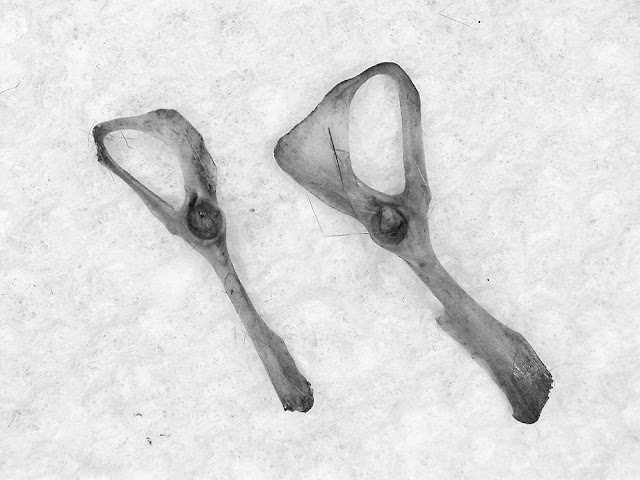 A couple of hip bones, showing the socket for the thigh bone (femur). 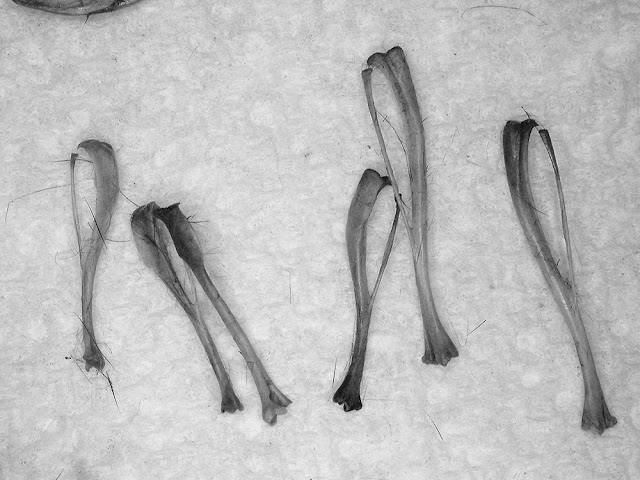 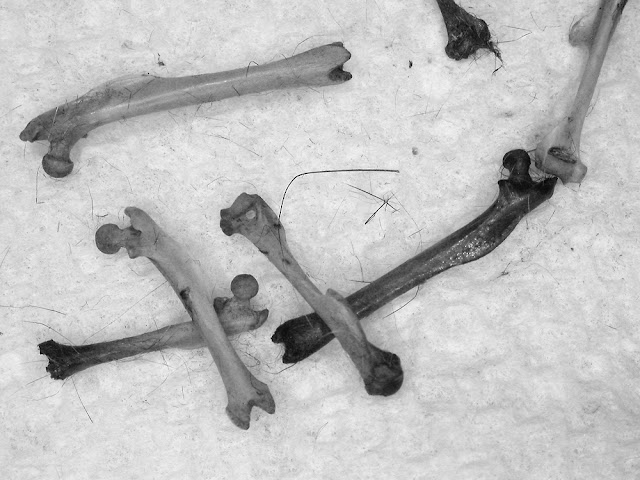 I need to have a better look to find/ID the shoulder blades and forearm bones. I did find some odd large round bones which I've since realised after looking again at the guide are 'ear capsule' bones which would be part of the complete skull. So, in one pellet I found the undigestible bits of three Field Voles and one Wood Mouse. Now to find some Tineid larvae in an older pellet?
Posted by Skev at 21:37

If you did Tawny Pellets I bet the Vole / Mouse ratio would be reversed. More Wood Mice in the trees than voles...

Paul, Colin - it's great fun as long as you don't think too much about what you are actually poking at ....

Stewart - sure you are right, though I had another go today and found another two small mammals in the mix. More to come later ...

I love dissecting owl pellets. Your post has prompted me to do some more. Cheers Skev

Thanks Iain - I trust you'll put me right if I start stringing small mammals!