I had considered venturing out to woodland last night, but the late afternoon drizzle and the threat of further precipitation put me off. The garden traps went out though, and produced the first decent sized catch of the year including two garden yearticks:

The two Acleris cristana were especially pleasing; one on 18/04 last year was a garden tick, and it is always interesting to know if these first individuals are going to be a complete one-off or the start of more regular appearances. Seems like it could be the latter for cristana. I also like to see this species as I find the sheer variation amazing. 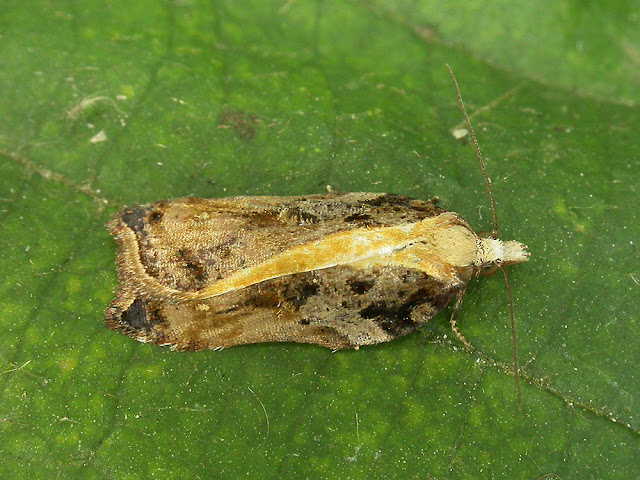 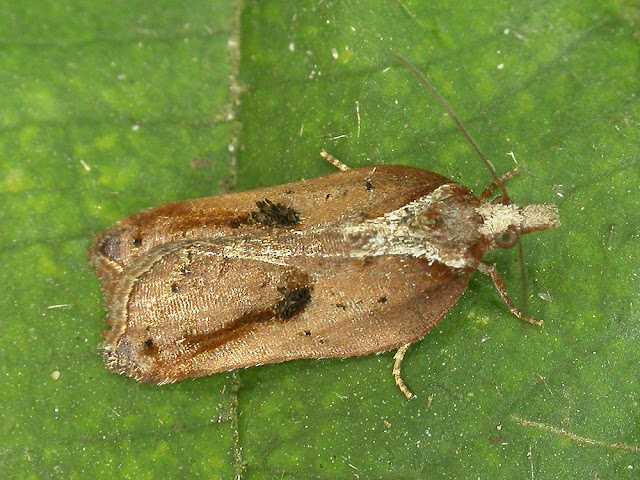 This one in particular still showing large scale-tufts on the forewings. 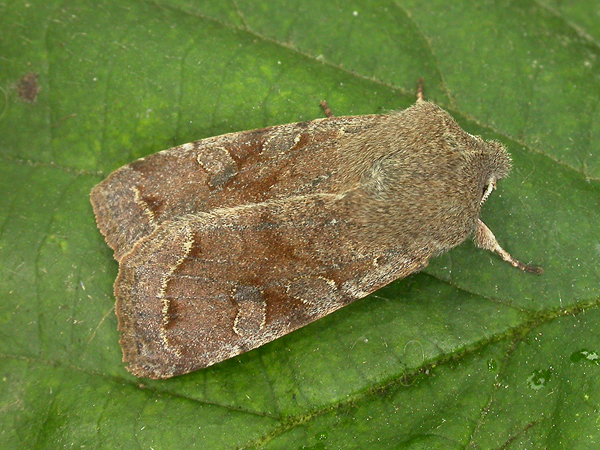 Much less exciting, though aptly named.
Posted by Skev at 13:35