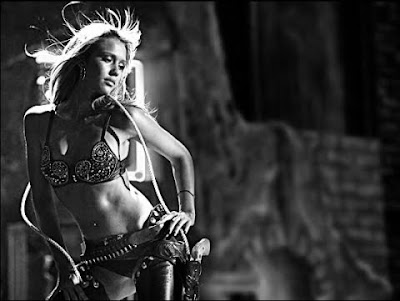 'Walk down the right back alley in Sin City ..... and you can find anything' 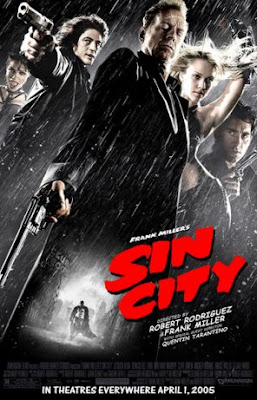 Sin City is one of my all time favourite films, featuring three storylines. It's adapted from the Frank Miller comic book series published by Dark Horse. The cinematography is stunning - it goes beyond just being a film adaptation of a comic, and the superbly lit black and white image with just splashes of red, orange and yellow for salient features is quite brilliant. The casting is damn fine too, with Micky Rourke, Bruce Willis, Clive Owen, Elijah Wood, Benicio del Torro and Jessica Alba starring, and Rutger Hauer in a cameo. Anyway, should there be anyone that hasn't seen it, you get another chance late tonight (Saturday 12th) on BBC2 - here's a taster: 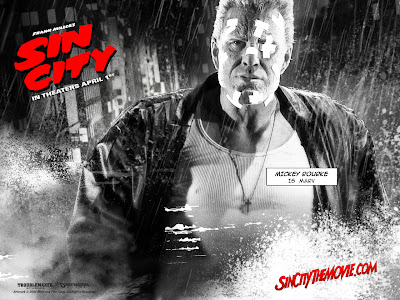 When Sin City came out on DVD I only watched half. I just couldn't get away with it, but your review has encouraged me to give it another go. I'll tape it tonight, Cheers...

I've just got Watchmen on bluray. I read the commic version a while back and am looking forward to seeing how it compares...