Patch, horse, moth, larvae, bugs, pupae, jokes - was going to be the more descriptive but very long-winded title for this post. A real mixed bag of stuff. After a couple of days getting wound-up at work, I ventured out onto the patch (Route 1) this afternoon to wind down. A charm of c20 Goldfinches was busily feeding on thistle seeds, until about a millisecond before I focused on one, a loud Grey Heron dropped onto the distant pool, a Red-legged Partridge was quietly feeding (the wrong sort, but a partridge nonetheless), and there were tits everywhere. Not a lot else to get excited about, but I was relaxed. As I left via the horse paddocks, one of the stud stallions appeared quite pleased to see me ... 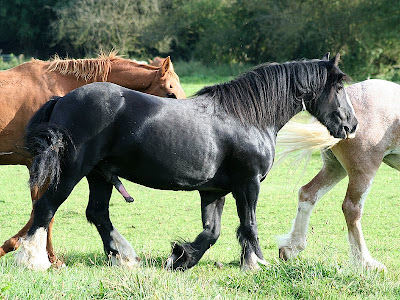 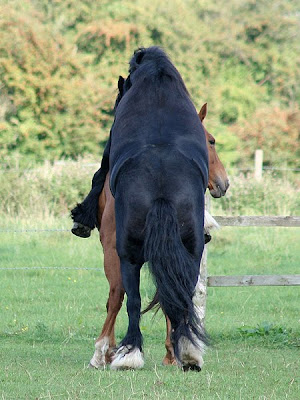 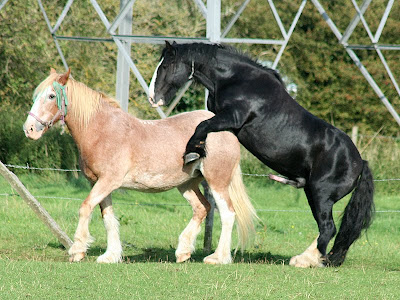 Open relationships these days One of the other horses came over to say hello - noticed how uncomfortable being a horse must be .. 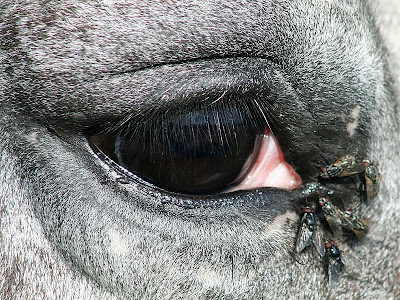 Irritating to say the least As soon as I got home, I set about catching up on a few of things to photograph from recent days. I had intended to include the Feathered Thorn from yesterday, until it escaped. Arse. Click for bigger as usual. First up is a really smart Black Rustic that I forgot about the other day. 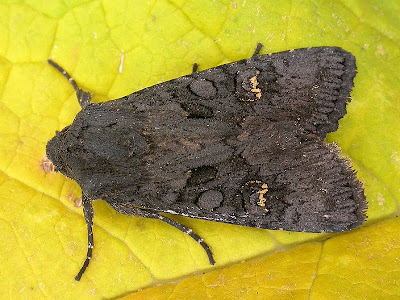 I forgot to mention these tiny pug larvae found on angelica at Hazleborough Forest on Tuesday night - think they are Triple-spotted Pug but hopefully I can rear them through to confirm.

Also from Hazleborough, there were a fair few Harlequin Ladybirds coming to the sheet - here a four different individuals showing a small fraction of the variation. 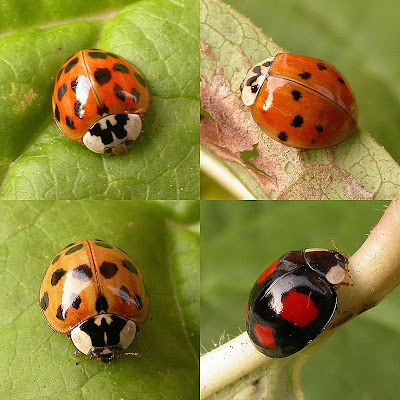 The Small Tortoiseshell larvae unexpectedly pupated before I had transferred them to a more suitable box. They hadn't bothered to attach themselves to anything - hope they emerge okay from an unsecured position. Here's a shot showing how different a butterfly chrysalis is to a typical moth pupa (the Grey Dagger from a couple of weeks ago). 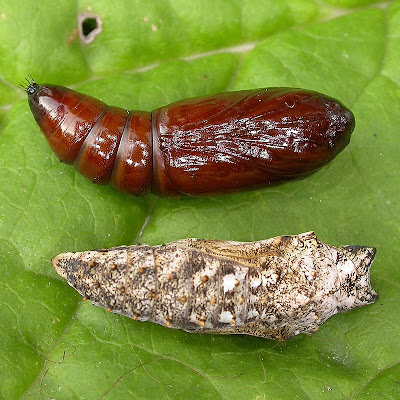 Enough of all this naturalist type stuff, here's some jokes. My wife and I were sitting at a table at my school reunion, and I kept staring at a drunken lady swigging her drink as she sat alone at a nearby table. My wife asked, 'Do you know her?' 'Yes,' I sighed, 'She's my old girlfriend. I understand she took to drinking right after we split up those many years ago, and I hear she hasn't been sober since.' 'My God!' says my wife, 'who would think a person could go on celebrating that long?' A woman was standing nude, looking in the bedroom mirror. She was not happy with what she saw and said to her husband, "I feel horrible; I look old, fat and ugly. I really need you to pay me a compliment.' The husband replied, 'Your eyesight's damn near perfect.' A young woman had been taking golf lessons. She had just started playing her first round of golf when she suffered a bee sting. Her pain was so intense that she decided to return to the clubhouse for help. Her golf pro saw her come into the clubhouse and asked, 'Why are you back in so early? What's wrong?' 'I was stung by a bee', she said. 'Where', he asked. 'Between the first and second hole', she replied. He nodded knowingly and said 'Then your stance is too wide.'
Posted by Skev at 20:12

Mark, it might be as well to glue the narrow end of the Small Tort to something. When & wherever i`ve seen em they`re always hanging in that manner. Suppose it stops them damaging their wings as they emerge.

Good tip Dean - will do today. I had expected them to be suspended.

They are all dangling from a twig that's taped to the inside of a suitable box now.