.... unless you are a fat 'TV Chef' or a knighted racehorse trainer.

Yesterday, Clarissa Dickson-Wright and Sir Mark Prescott both pleaded guilty to offences of participating and attending a hare coursing event back in March 2007 in Yorkshire. You know Dickson-Wright? one half of the TV duo Two Fat Ladies - you know - the fat ugly one, er, the one with a toffs accent, er, the one that's alive (fecking hell this is harder than I thought). 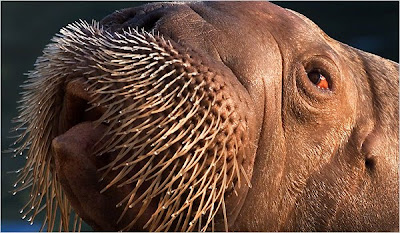 Anyway, two things really got my goat about this whole incident.

Firstly - despite pleading guilty they were discharged unpunished. The reason being that they believed, as did the organisers and other participants (including a police officer) that they were acting within the law by letting their muzzled greyhounds chase hares about. The presiding judge let them off due to the apparent complexity of the technicalities of the law, but warned that future cases would not be treated with leniency. WTF! The whole point of such cases is to ensure clarity, set precedents and punish the guilty - not blithely let them off because they were unclear about the law. Sorry M'lud - I was not aware that forcibly penetrating a non-consenting partner was illegal - I won't do it again - I'll be off then.

Secondly - what on earth made the organisers think that having the dogs muzzled for this activity would make it legal. Did they think the hares would be able to rationally assess the situation and realise they were not in danger? Fucking idiots. And why should this be even considered as a mitigating factor anyway.
Sorry M'lud - I was not aware that forcibly penetrating a non-consenting partner was illegal even if wearing a condom - are you entirely sure that's correct?

Shooting for the pot is one thing, organised shoots for sport and continued misguided support for hunting with hounds in any form is another. Even the age-old lame excuses about 'serving conservation needs and controlling a pest species' can't be rolled out for hare coursing. I sincerely hope this foul-faced woman does not appear on my TV screen in the future - even renowned game shooters and self-sufficientists like Hugh Fearnley-Wittingstall should find her participation in such activity to be abhorrent.
Posted by Skev at 20:35

Thanks for the link Ipin. Sadly I expect these cases will be the tip of a very big iceberg - certainly a lot of support for hunting still in rural Leicestershire and Rutland and no doubt throughout the traditional red-coat counties.

I guess we shouldn't be surprised when royals can shoot Hen Harriers with impunity.

Mark, that's a terrible slur on the poor Walrus you've captioned as Clarissa Dickson-Wright! A photo of a massive pile of lard mixed with festering pig shit would have been more appropriate, and could also have doubled to illustrate the kind of slurry she and her loopy fat mate used to produce on their 'cookery' show.

Take one well-hung Hen Harrier. Make sure you've shot it yourself from under the noses of those soft ponces at the RSPB. Mix with a brace of hares, the entrails of a grouse, some pigs' trotters and the back end of a Roe Deer. Add 50 pounds of lard, some tripe and 30 bottles of finest sherry. Oh no, sorry I drank those. Cook in an Aga at 200 degrees for a week, then serve it to a load of posh twats. Repeat every week until ones of you dies of chronic alcoholism.

Usually you can type even the most obscure phrase into google and get something relevant - however an image search for 'pile of lard and festering pig shit' came back blank. Sadly.