The Egret, On The Patch, & Monster Garden Tick

It's September - time to start the slow transition into generally apathetic birder mode for the next nine months or so. I decided to head off to Saddington Res this morning. Immediately after leaving the estate and turning into Springwell Lane I spotted a reasonable hirundine flock hawking over the hedgerow and tree line - 23 Swallows and four House Martins. On the way to the res I also passed two groups of Common Buzzards soaring on thermal columns - three in one near Countesthorpe and four near to Saddington - it felt like I was in Devon.

On arriving at the res, I immediately picked up the target - a Great White Egret roosting in a tree on the far bank. Great scope views but too far away for anything resembling a decent photo - I really need to sort out something to try digiscoping. After ten minutes or so the Egret had a short fly about and then came down to wade and feed on the tideline - still miles away - before flying over to roost again in trees along a channel. This time it was nearer - but still too far for the DSLR and pathetic lens I have. Anyone with a decent scope and adaptor would have got superb digiscoped shots from here. 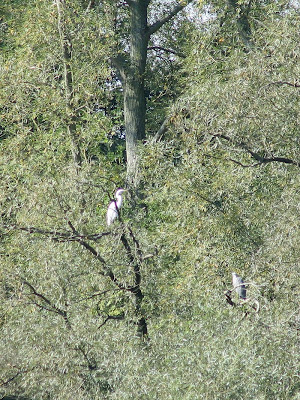 Also at the res were good numbers of hirundines including a handful of House Martins and Sand Martins, and a drake Pochard but nothing else of note - including the Green Sands that had been knocking about.

I then headed over to have a walk through my adopted Soar Valley South patch, following Route 1. I was really hopeful of picking up a Whinchat - but no such luck. Only birds of note were a pair of flyover Stock Doves, four Swifts hawking very high up, calling Blackcap, Chiffchaff and Bullfinch and more Common Buzzards. Loads of corvids and yet more hirundines.

Whilst walking around the patch I noticed a lot of these smart stripey hoverflies - I think they are Helophilus pendulus but I know there are a couple of similar species. 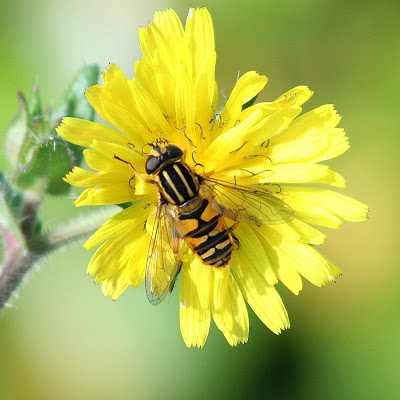 Not too many butterflies about, but before heading home I noticed a large communal group of Small Tortoiseshell larvae on nettles by the car. I boxed a few up to try and rear through - I'll sort some photos of those another day.

After sorting out lunch for everyone I was happily browsing the tinternet to ID that hoverfly when there was one almighty fucking bang and the house was rocking - immediate thoughts were that either one of the industrial units nearby had blown up or something had crashed into the motorway. We then remembered that the annual airshow at Cosby was on - I've never fathomed how/why a village with no airstrip within several miles and no military connections has an airshow!

It then became clear that the almighty bang was a combination of the pyrotechnics at the site (about a mile from our house) and the Vulcan bomber flying about. Feck! I managed to grab the camera and just catch the bomber as it departed after it had passed over the house - what a monster garden tick. 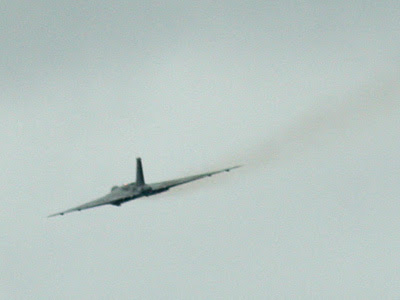 We decided to head over to Huncote Embankment and watch out for the remaining flyovers - and when we got there it was clear that loads of others had the same idea. The roads were littered with cars and people all no doubt brought out by the Vulcan. As we progressed along the embankment, we were treated to a really close flyover by the Red Arrows. 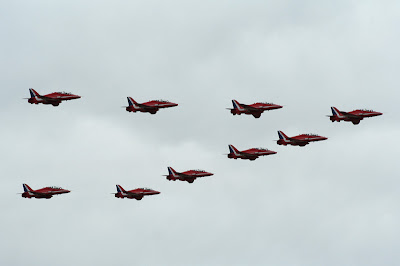 We then spent over an hour watching the Lancaster bomber, the Sally-B, a Spitfire, Hurricane and some yankee fighter - probably. Anyway they were entertaining. 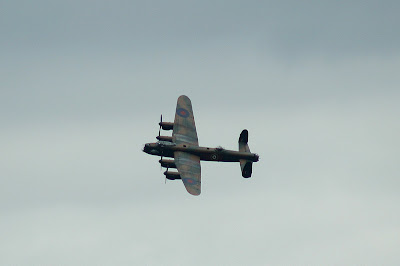 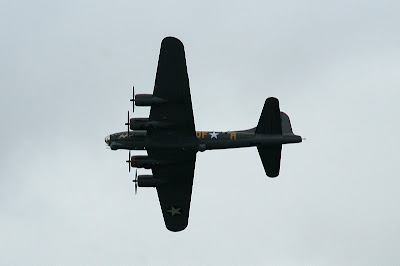 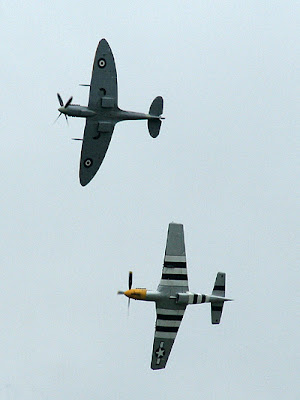 All the while, yet more hirundines were cruising past - I must have seen about 500 Swallows today. The superb finale to the flyover theme at Huncote was a Raven calling and tumbling into the quarry.
Posted by Skev at 20:51

We used to go over to RAF Finnigley to watch the Vulcans take off... fantastic they were. We also used to see them at Scarborough doing practise bombing runs coming in off the sea and then doing steep climbs away. The noise was incredible.

FYI. Your Yank fighter was a P-51 Mustang.
Keith