It's a strange thing I know, but for some reason John Hague has persued a lifetime hobby of dipping Black-bellied Dipper. So with news of one wintering in his homeland, the Republic of Yorkshire, we had the perfect excuse for a days birding and fannying about with cameras. Dave Gray made up the intrepid trio, and we were on our way in sub-zero darkness.
Seeing as were heading north, we decided on an early stop at Clumber Park for Hawfinch. We arrived at just gone 7am and geared ourselves up for the search at -6degC. It was only just light and a heavy frost was clinging to everthing. Very evocative I must say, especially with a freezing fog lingering over the water. 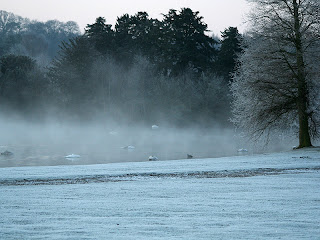 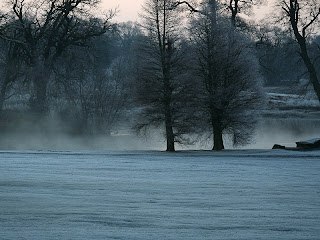 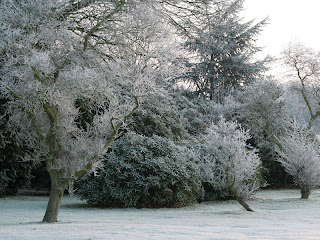 John picked up a singing male Hawfinch perched right at the top of a 50ft conifer. The combination of very low light and distance made this impossible to photograph with anything other than shockingly bad results. Like this: 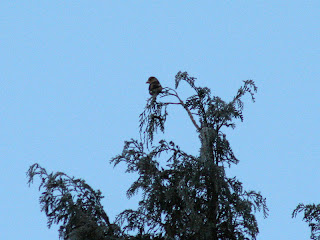 Singing male Hawfinch. Use your imagination.

Before we left, a half-hearted look for the wintering Great Grey Shrike produced nothing more than a superb Kingfisher grabbing breakfast. The first rays of proper sunlight were now shining through and it was promising to be another cracking day. 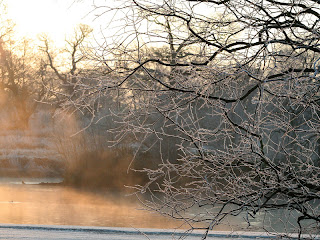 We grabbed a superb full English from a greasy-spoon opposite the entrance to the park before heading to our next stop - Potteric Carr. It was my first visit to this reserve, established in 1968 when I was born, and I have to say it is brilliant. Superb access, varied habitats and of course the attraction of wintering Bittern.
We first headed down to Piper Marsh before the crowds arrived. A flyover Woodcock was nice, but sadly the wildfowl was all on the far side of the marsh in the sunlight as the water was frozen over. No sign of Bittern during our time in the hide, although we did spot something similarly coloured nosing through the reed edge. There are four species of duck in the following shot, and the full-size crop of the same photo shows the skulking reed-beast. 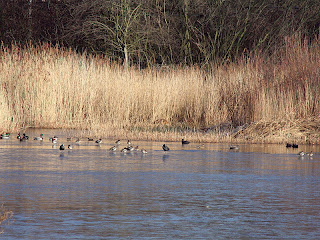 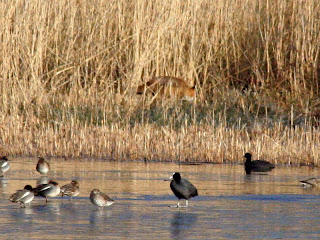 Can you see what it is yet?

We made our way round to the Willow Marsh hide to check out the feeders. Like Thornton the other day, there were plenty of Reed Buntings using the facilities along with the usual suspects. 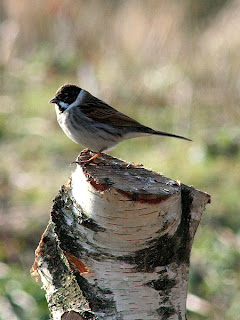 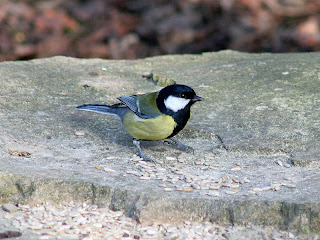 Best bird here though was a brazen Water Rail. 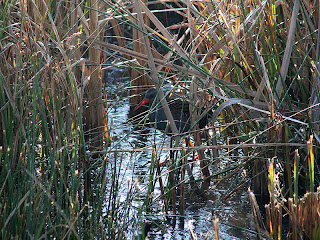 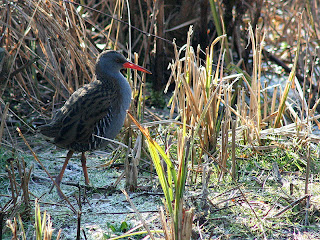 The walk back the car produced a pair of noisy Willow Tits along with typical woodland birds. We could easily have spent a full day at this excellent reserve - definitely one for another visit.
Next on the agenda was the main target for the day - the Black-bellied Dipper wintering near Watton. I really like Dippers. They are stout fat-bellied little chaps - I guess I empathise with them! On arrival at the site though, it really didn't look promising as the stream was certainly not typical Dipper habitat. 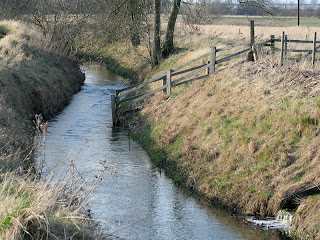 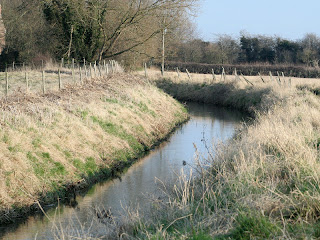 After a fruitless walk along the stream, we eventually got views of the bird on the way back. Although we got good views it was a bit wary of us and wouldn't allow a close enough approach for a decent photo. It was also a bit odd as it didn't call once whilst flying up and down the waterway. 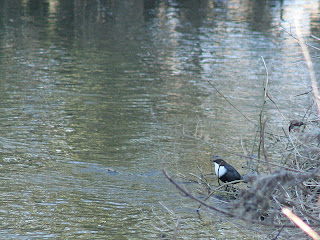 Black-bellied Dipper. Yes, the thing in the bottom right corner.

Time was now pressing, so we headed back south to Blacktoft Sands for the raptor roost. On the way to the hides there was plenty of Tree Sparrows calling and hanging about a feeding station, along with other typical bird-feeder visitors: 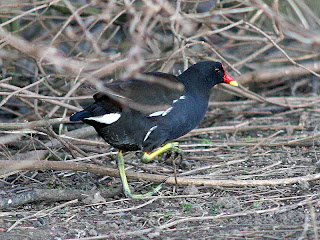 Hasn't quite got the knack of hanging feeders yet.

The best hide for the roost was closed for the late afternoon to cater for a guided tour. Bollocks. So we had to use the next nearest hide. It was busy but we soon settled in. There was a small group of Shoveler immediately in front of the hide, which was nice, and a lone Whooper Swan was just about visible on the next pool. 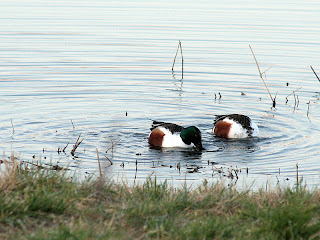 As would be expected when a group of blokes are gathered together in a bird hide, the talk turned to bush. No, not the beared clam variety. In amongst the reeds there are a couple of landmark bushes used when calling incoming raptors. These are: 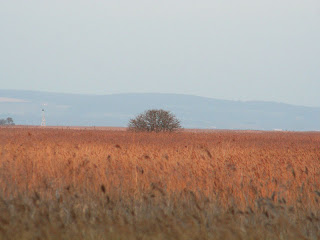 The round bush. It's round. It's on its own. 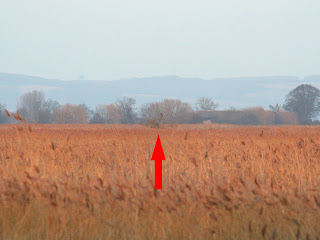 The Merlin bush. A straggly, pissy little bush. The red arrow is not there in real life. That's a Crow, not a Merlin!

There was a very entertaining couple in the hide, regulars by all accounts. The entertainment was in the form of the inane conversation between the very aged bloke with poor eyesight (failing to identify the round bush, let alone any birds) and his [presumed] daughter (complete with moustache and beard). You had to be there, but it was pants-wettingly funny.
Anyway, back to the birds - the roost attracted a minimum of four Barn Owls, anything up to eight Marsh Harriers and two superb Short-eared Owls. Sadly we missed a ring-tail Hen Harrier as that was not viewable from our hide. The downer for me was that someone called Bittern but failed to give adequate directions before it dropped back into the reeds. Amazingly, it wasn't Dave. 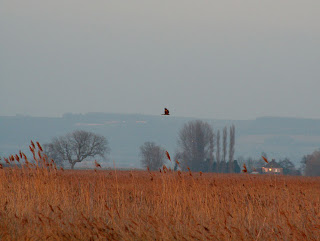 A Marsh Harrier flying majestically over the reeds at dusk. Honest.

Agreed a cracking day out. Who needs twitching when you can have a days birding as good?
Having said that the highlight had to be year-ticking the bearded lady and her probable Dad. 'I'll never get warm.'