A warm sunny day, so we headed over to Huncote Embankment for a family walk and a bit of pond dipping. I purposely left the bins and scope in the car, opting instead for my net and a few pots.

Plenty of singing birds around though, most easily viewable without optics though always too high / hidden / mobile to get a shot. At least two, probably three each Lesser Whitethroats and Common Whitethroats rattling and scratching away. Willow Warblers and Chiffchaffs in full flow, a couple of Blackcaps and a smart Reed Bunting. A Buzzard headed into the quarry, but no sign in the air of either Peregrine or Raven. The only bird that stopped in range for a shot was this smart Pied Wagtail. 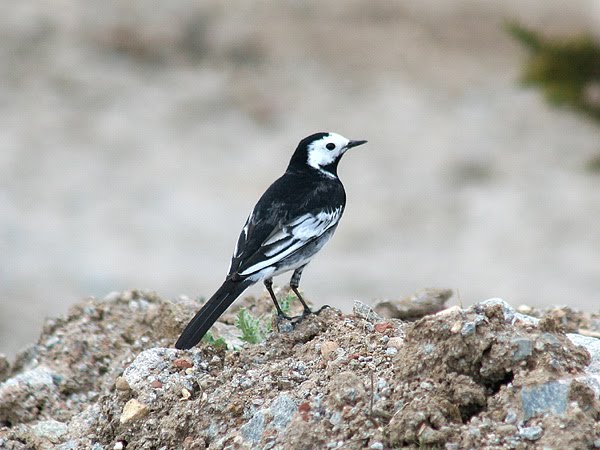 Pied Wagtail - marvellously monochromatic
Swishing about with the net was nowhere near as productive as I had hoped. In fact I only had two species - Incurvaria masculella and loads of Cydia ulicetana around gorse. 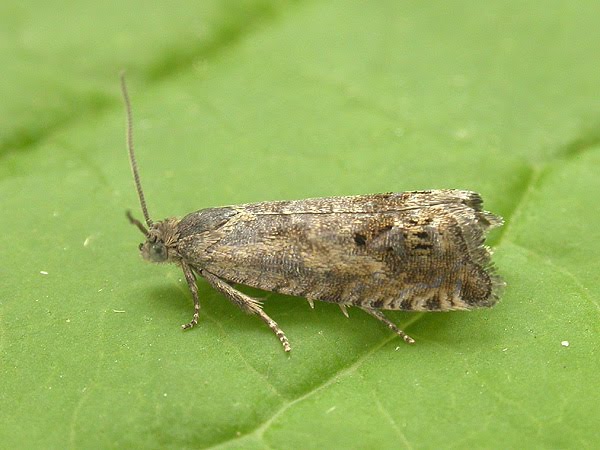 Cydia ulicetana (used to be C. succedana)
After we'd walked along the embankment, we headed down to the pond where there is a great platform overhanging the water. As we approached the water, we could see several large black 'clouds' near the edge. A closer look confirmed the suspicions - thousands of tadpoles massed up in the shallow margins. 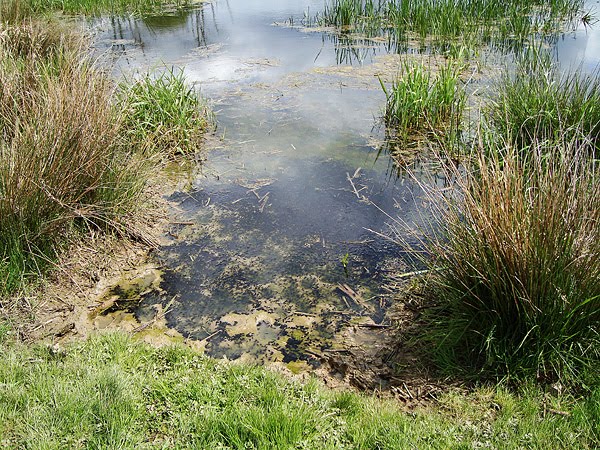 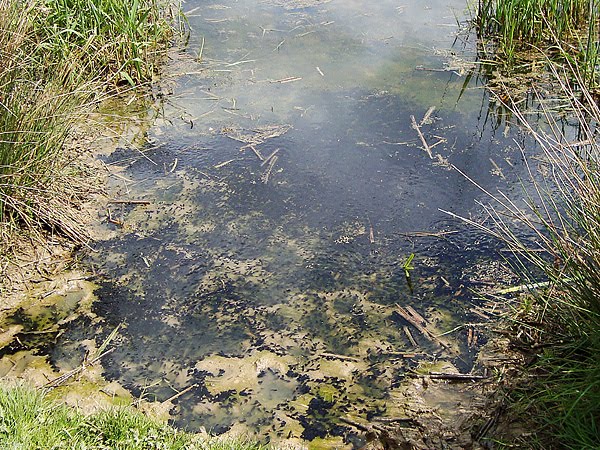 Teeming Tadpoles
We got the tray set up and the boys spent an hour or so poking about with the net in the water and weeds. I managed to stop them from taking the easy option with the tadpoles, but there were still plenty swimming about to go for. They also found a few beetles, snails and damselfly or mayfly larvae (no idea which/what really). 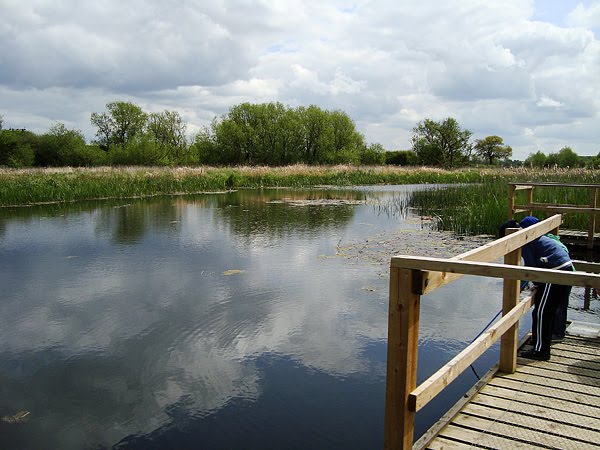 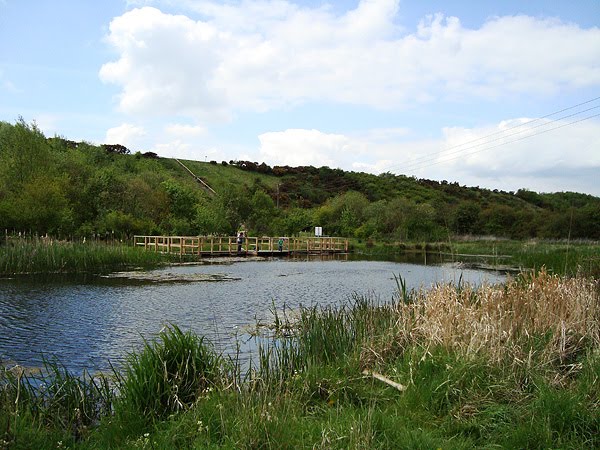 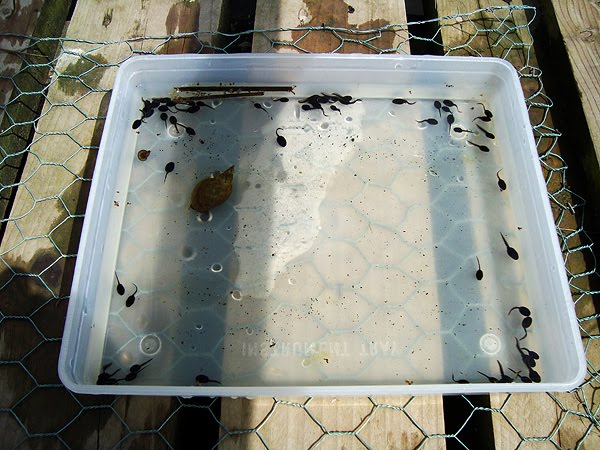 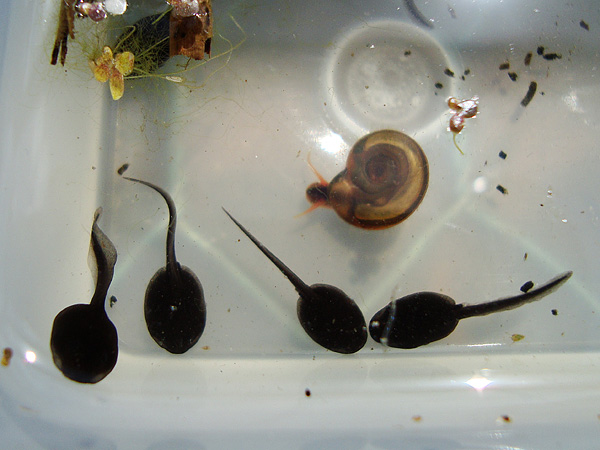 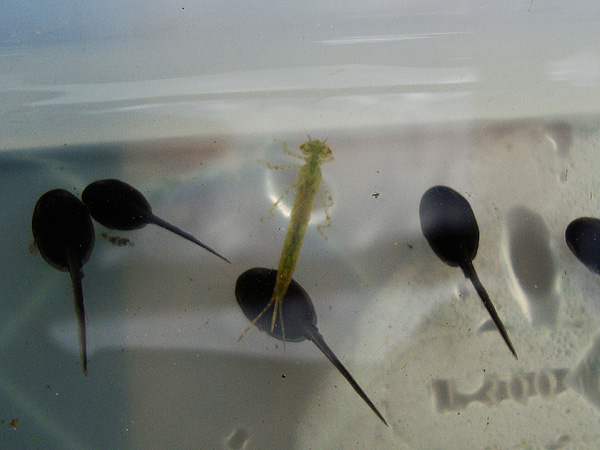 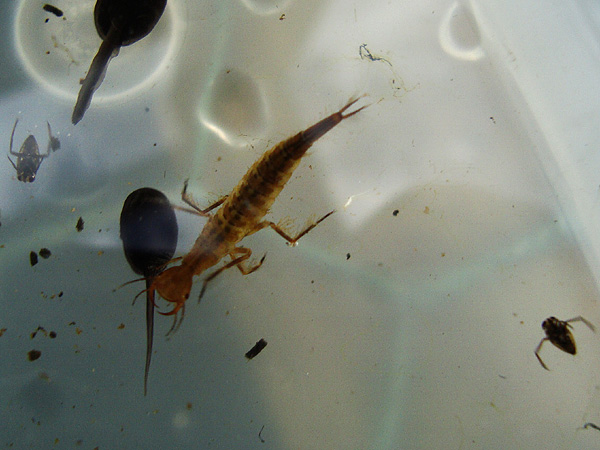 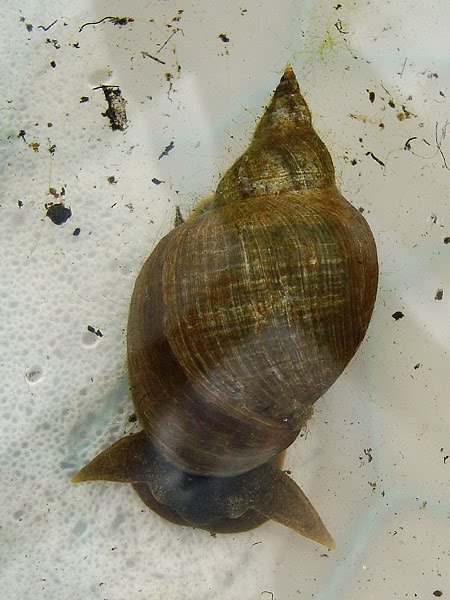 The walk back was enlivened when Josh found a superb female Grass Snake. By the time I'd been alerted the snake had bolted into a hole, but I managed to get a shot of it peering out to taste if the coast was clear. 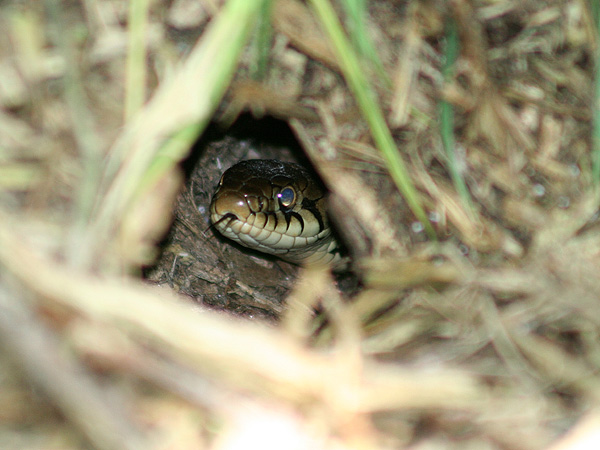 All in all a very relaxing few hours with the family in relative peace.
Posted by Skev at 21:53

Any Dragons or Damsels in distress? Hopefully the weather will warm up in time for Saturday.

No dragons or damsels - where the hell are they this year? Hope Saturday is not a complete waste of time.