No trapping to report, and whilst VC55 has had a bit of a purple patch on the bird front (2 White-winged Black Terns, Blue-winged Teal, several singing Firecrests, Temminck's Stint) I've seen them all before in the County and haven't had a chance/bothered to go and see these ones.

In lieu of anything doing, here's a few bits that got missed from recent posts for one reason or another plus a couple of updates.

First up, back on 11/05/2010 I searched for larvae and collected sprigs of hawthorn. A couple of days ago I had a first success when this emerged: 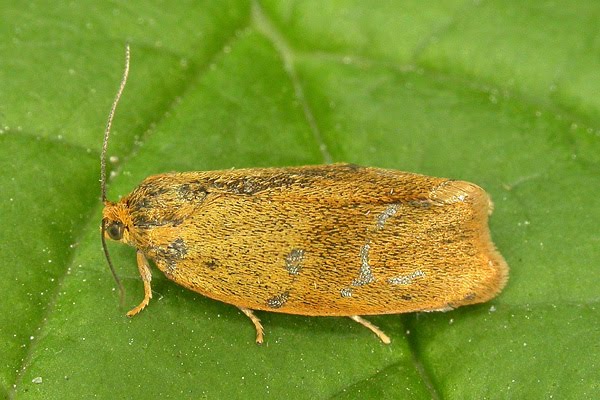 Ptycholoma lecheana
Even on freshly emerged individuals, the yellow-brown scales seem patchy and prone to falling off leaving black patches.

Next up, a micro I've been taking in the garden recently: 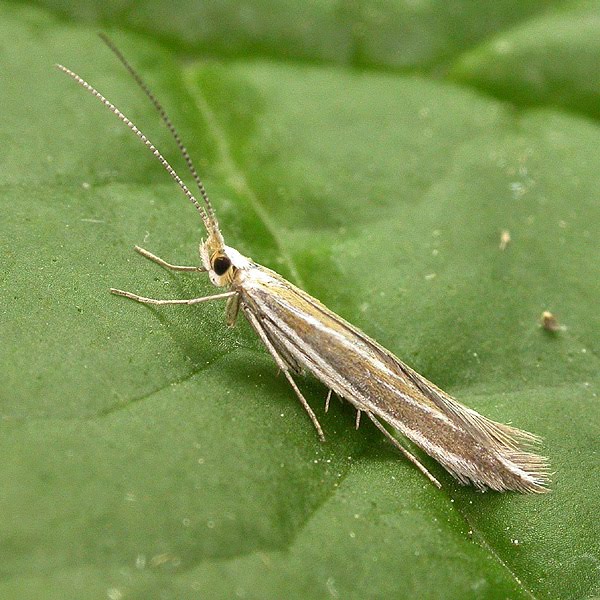 Coleophora albicosta
This breeds on the gorse bushes that are on the embankment adjacent to the garden. Back in 2002 I had the first for VC55 confirmed from my garden (and it was present the year before but not gen detted)

Here's a few that are from the Narborough Bog catch on Sunday night: 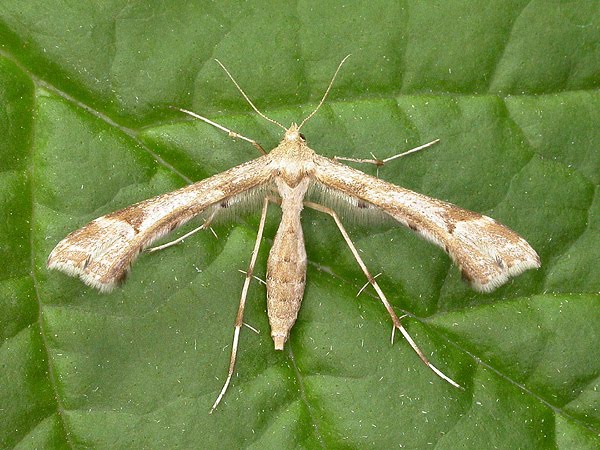 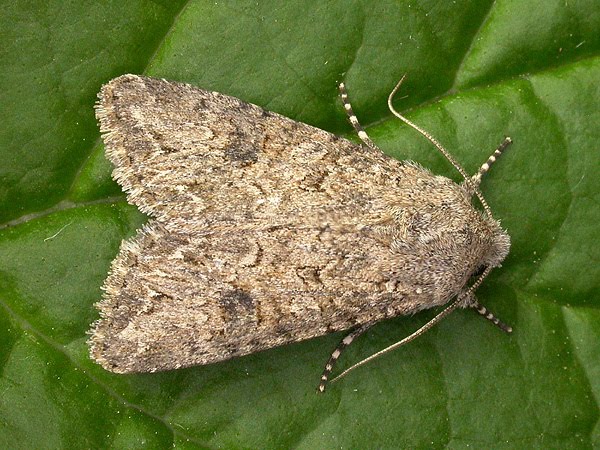 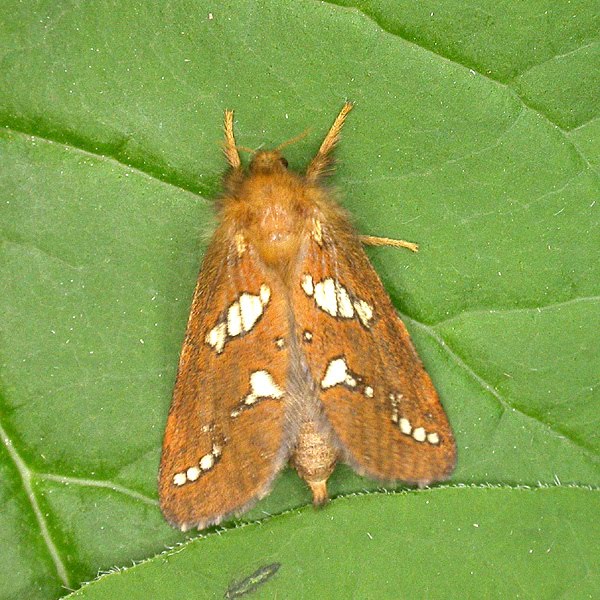 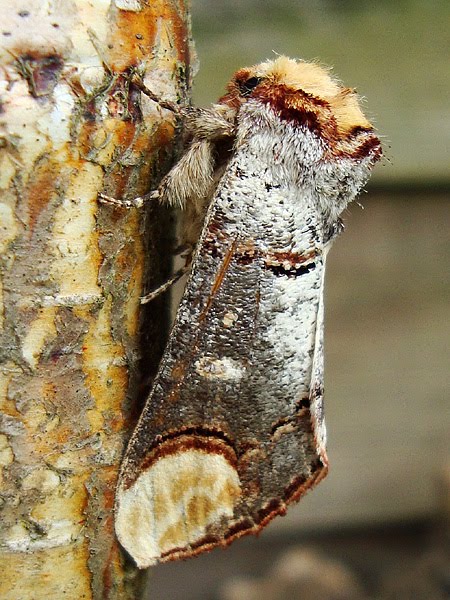 Buff-tip - wouldn't sit the right way up (upside down) on the birch sapling
Also from Narborough Bog is this: 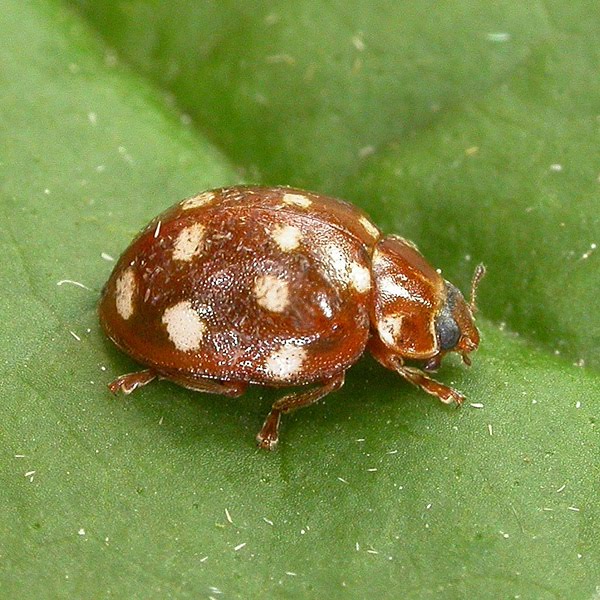 Cream-spot Ladybird
Ladybirds quite often turn up in the moth traps and I like to see them - they are mothing mates in my book. Obviously I would be concerned if I started getting ladyboys in the moth trap, that would just be wrong.

Finally, last week I was lucky enough to be presented with a box of Emperor Moth caterpillars courtesy of Keith 'Mothshots' Tailby. He'd reared some last year, and managed to assemble a male to his garden this year resulting in more eggs than he could possibly cope with. I've tried assembling this species before without success, so was more than happy to blag a few to rear for next spring. They were already just under 20mm when I got them on the Wednesday evening, now they are just over 30mm and growing fast - eating loads of sallow and shedding skin. They change dramatically through the instars, going from mainly black with a bit of orange, to orange and black, to green and black, and finally to huge and green. Superb caterpillars. I'll get more images as they grow. 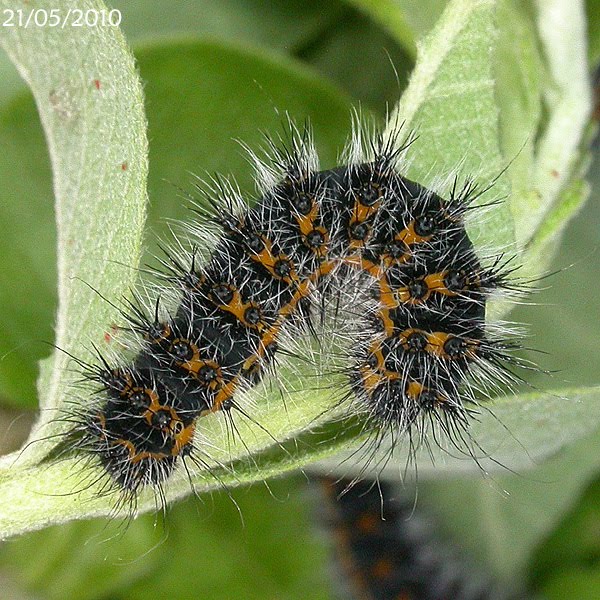 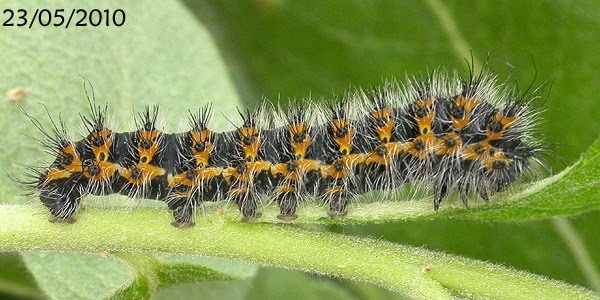 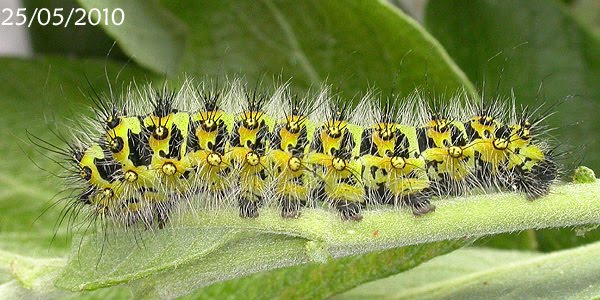 Fantastic pictures as always Mark, that Ptycholoma lecheana is a booty!

Thanks Ben. P. lecheana is an odd one - most that I've seen before have been really patchy and horrible looking so nice to get a fresh one. Completely unexpected as well.