Didn't get a chance to post the stuff yesterday, busy in the day and out having a few beers in the evening. So, this is all a day or two late, but with no trapping last night and nothing doing today it's all I have to share anyway!

First, let's get Firday nights garden trapping out of the way. I fully expected rain to be moving in through the night so I had no great expectations for the catch. As it turned out, the rain didn't appear until later in the morning so I managed to empty dry traps. Total catch was 58 of 22 sp (125W MV 37 of 19, 80W actinic 21 of 10). 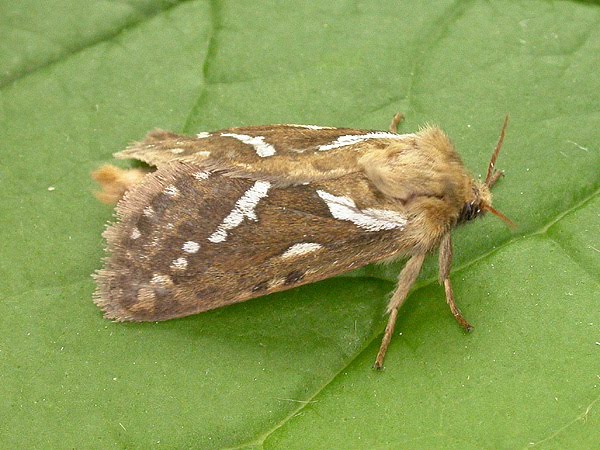 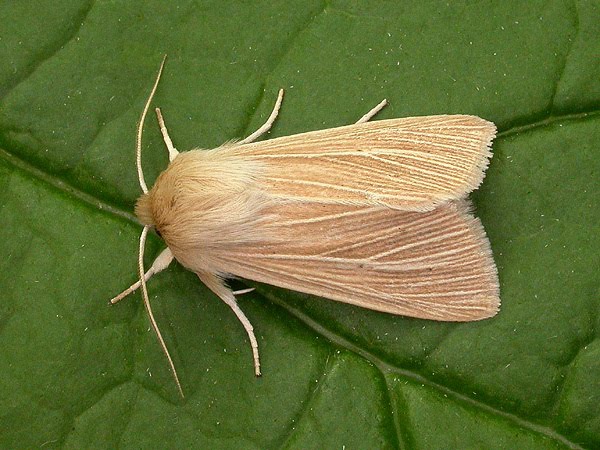 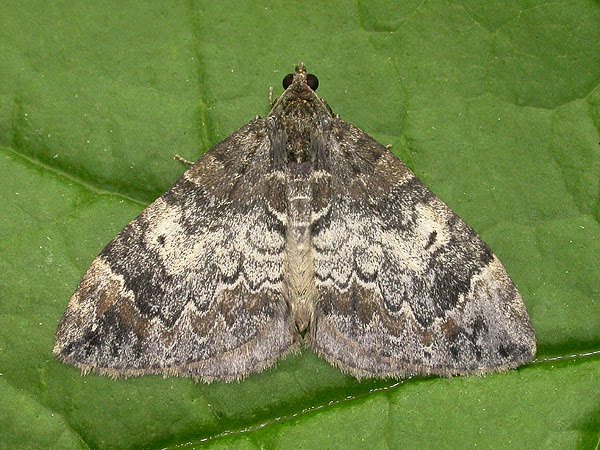 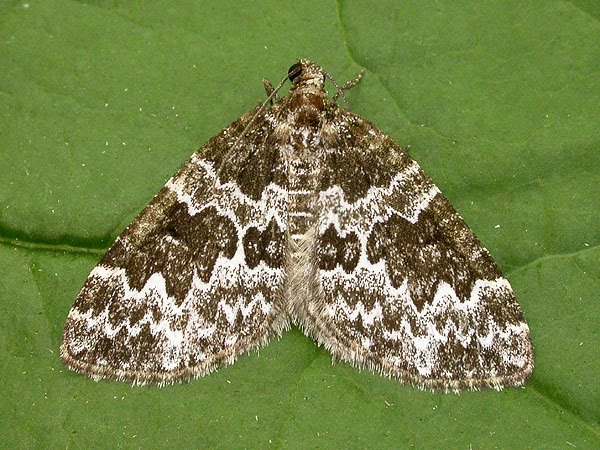 Broken-barred Carpet
Also in the trap was this bloody big stupid Cockchafer - I still don't like these! 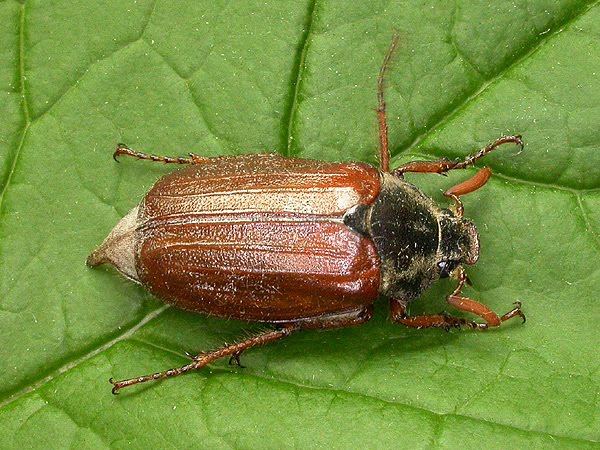 Moving on, I had a couple of walk along the lane on Thursday evening and Friday afternoon, mainly to collect more sallow to feed the greedy Emperor cats but also to have a swish with the net. Not a lot to write about on the flying moths front, with the only real interest being plenty of Cock's-foot Moths and an Acrolepia autumnitella. Of more interest was the larval life.

I found a number of interesting Coleophorid cases feeding on the underside of elm leaves, with a very clear serrated keel to the case from the edge of an elm leaf. I'd convinced myself they must be Coleophora limosipennella which feeds on elm (and would be new to VC55), but a posting to UK Micros soon put me right thanks to John Langmaid. I'd neglected to check if the cases were bi-valved or tri-valved. As they are tri-valved, and on the small side at 6-7mm, they can't be limosipennella and are more likely to be extreme examples of Coleophora serratella (which has a paler case when feeding on elm). This makes sense as I also found a couple of more typical serratella type cases positioned on the upper surfaces and which after collection are not feeding (so presumably pupated on the elm but not fed on it). 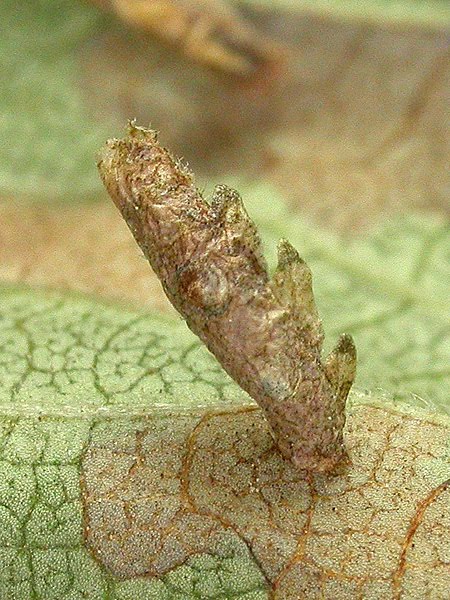 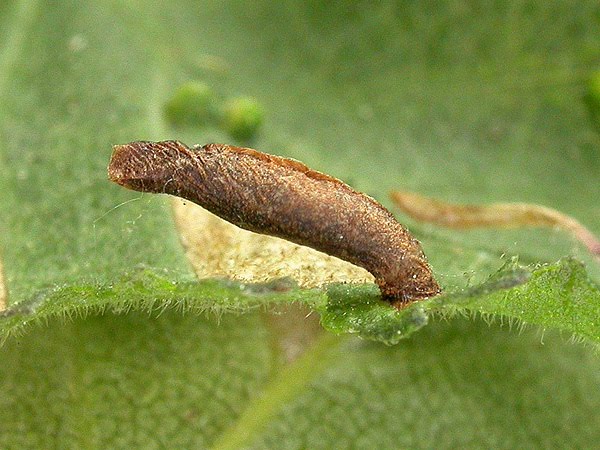 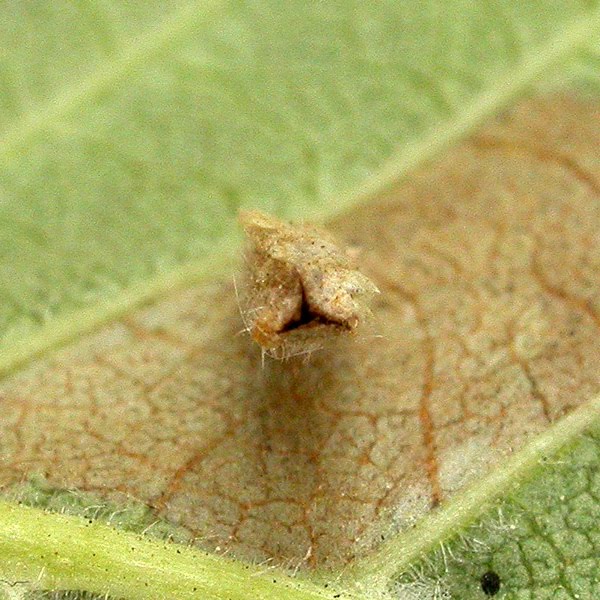 I found this wacky looking sawfly larva on oak - I think it's Periclista lineolata? 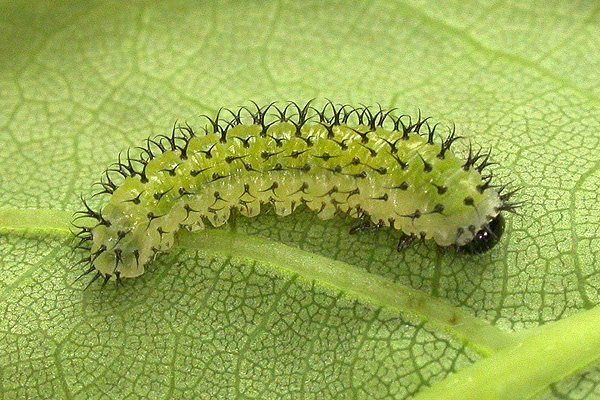 I also found a couple of micro (tortrix?) larvae on white clover - one in a leaf spinning and one on a flower bud. No idea what they could be as yet. 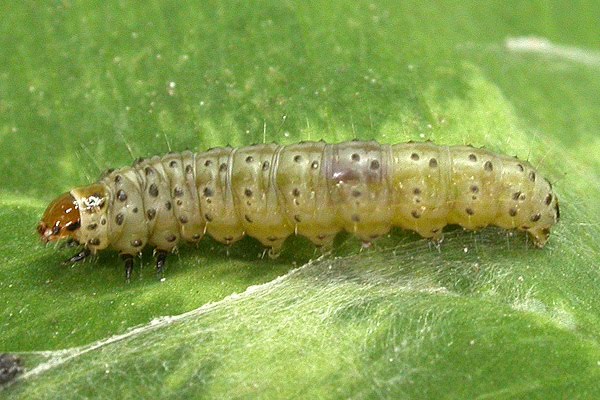 Other larvae I have in my increasing number of rearing boxes are:

An early instar Vapourer caterpillar that I found when it was absolutely tiny on sallow I collected back on 20/05/2010. Note the shed skin left on the leaf. 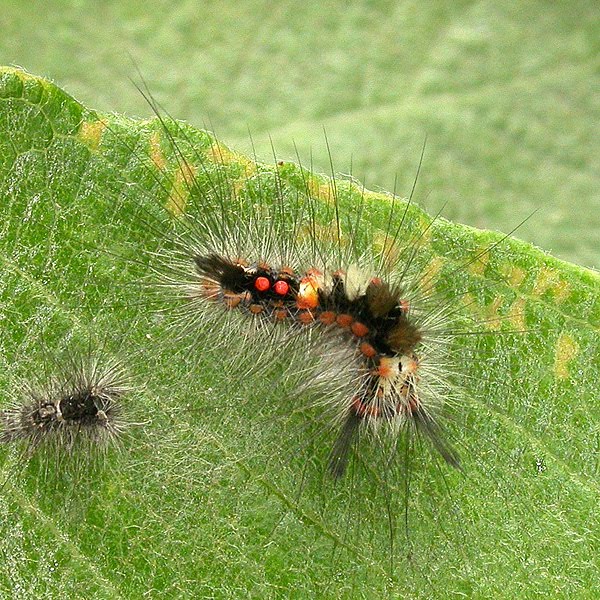 A Copper Underwing on the hawthorn I collected back on 11/05/2010 (which I thought may be Sprawler when very small - much more obviously patterned/shaped now). 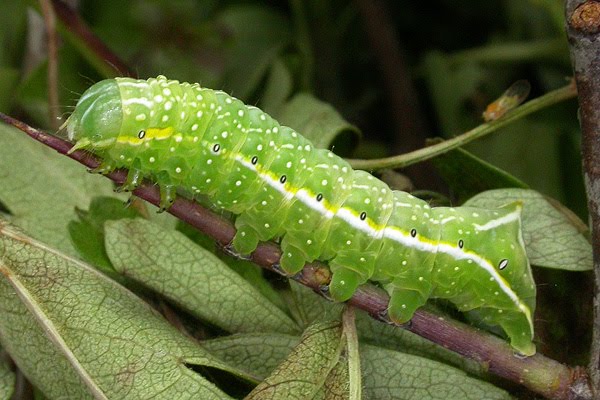 A Red-line Quaker that I found on the sallow overhanging my garden fence on Friday night. 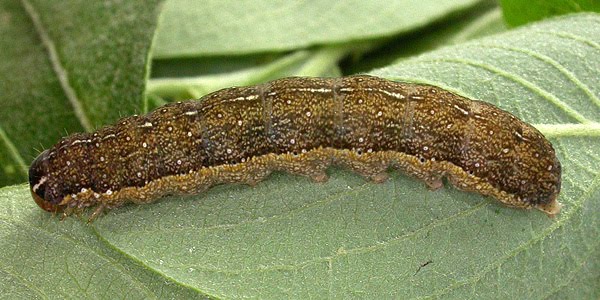 The garden traps are going back out tonight, and whilst not the best conditions with a very stong breeze I'll be out trapping at Watermead CP South as part of a Bio-Blitz event.
Posted by Skev at 16:38