As I mentioned in the last post, yesterday I gave the vac sampler a quick blast (or suck) - albeit just down the lane on a rough verge with grasses, docks, nettles a few thistles and other low-growing vegetation. Given the location I wasn't expecting too much, but I ended up filling pots pretty quickly. Here's a snap of the first sample dumped into a shallow white tray .... 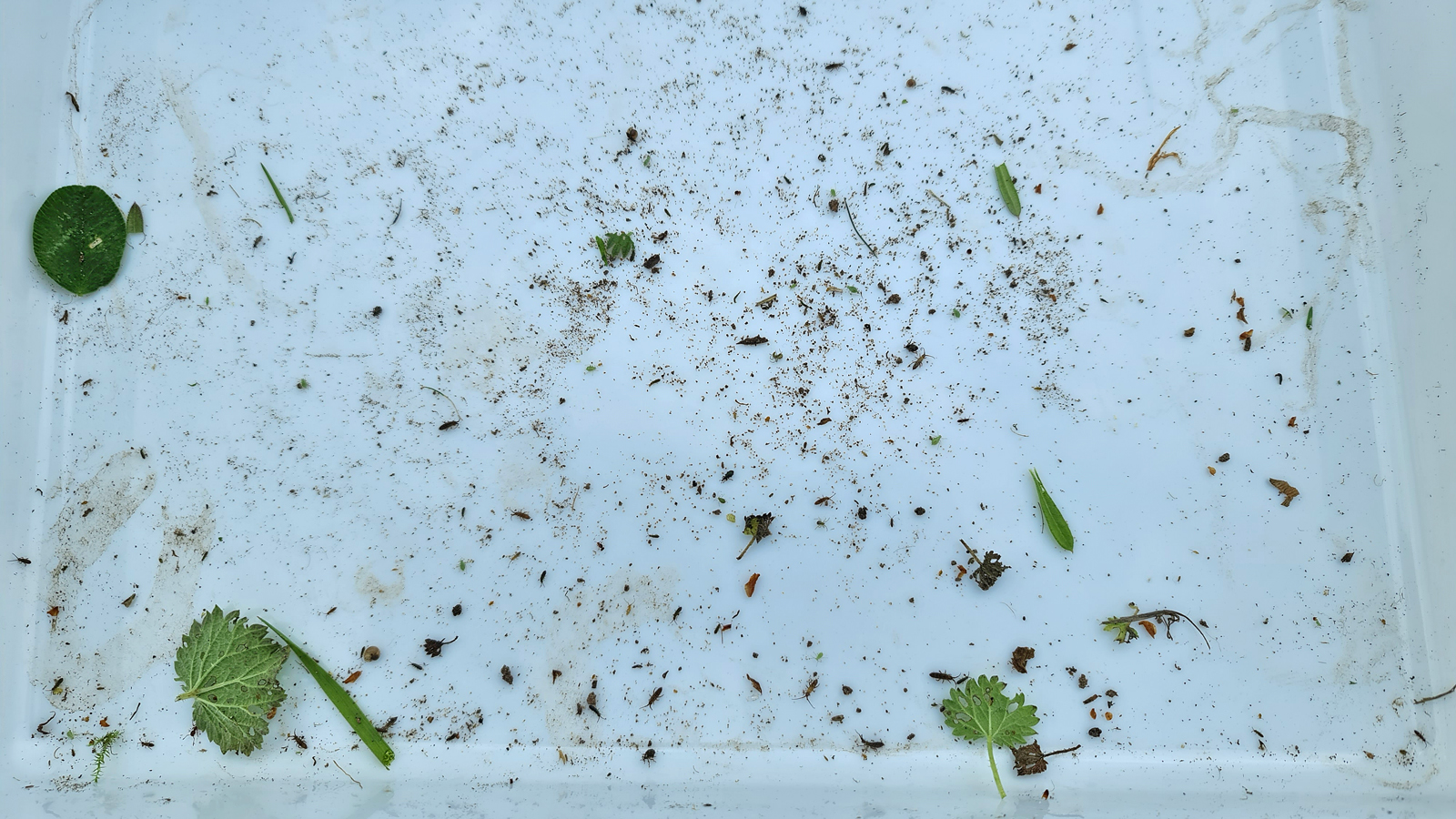 Anyone with a keen eye, or the patience to click for bigger, will note a host of tiny insects and collembola. It doesn't look much, but honestly this was alive with tiny life. I only took four samples in all, but each tray took a fair few minutes to observe and try to wrangle the odd specimen into pots.
I learnt a couple of things that I need to consider on the next go with this. Firstly, with such tiny stuff and associated dust particles and seeds etc, it only takes a very slight breeze to blow everything around or even out of the tray. Even leaning in with the eyeglass and breathing out was enough to shift what you're about to look at. I need to see if I can knock up some sort of wind-shield to sit around the tray whilst staring at it. Also, given that sitting the tray on the floor is easiest, I really need to look at ensuring I'm kneeling on soft ground or get some knee pads (how old does that make me sound!). Thirdly, wrangling tiny weevils and beetles into pots is hard enough, but for Collembola and anything that jumps I may well have to resort to using the pooter that I have and have barely ever used.
So, in four short blasts in unpromising habitat, what did I get? Or I should say what did I retain and identify instead of ignore and leaving for another day:
Five springtail species, including three new for the square yearlist: Orchesella villosa, Pogonognathellus longicornis and (new for me) Entomobrya nicoleti. 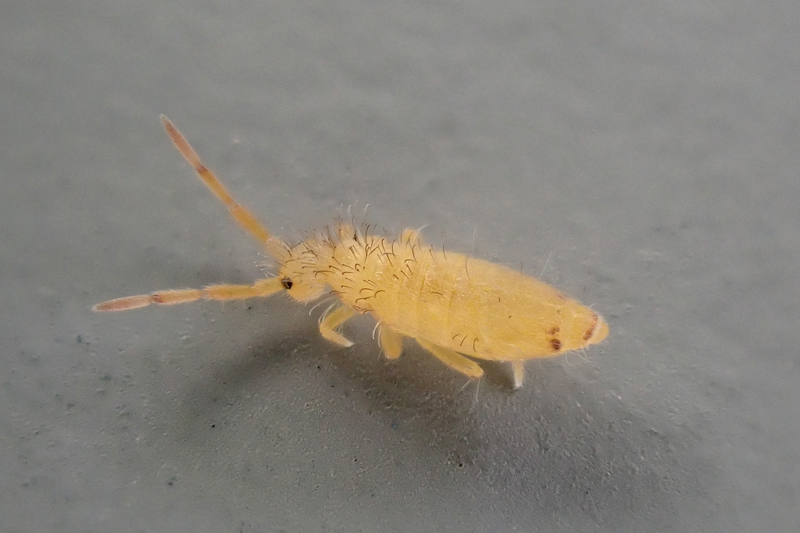 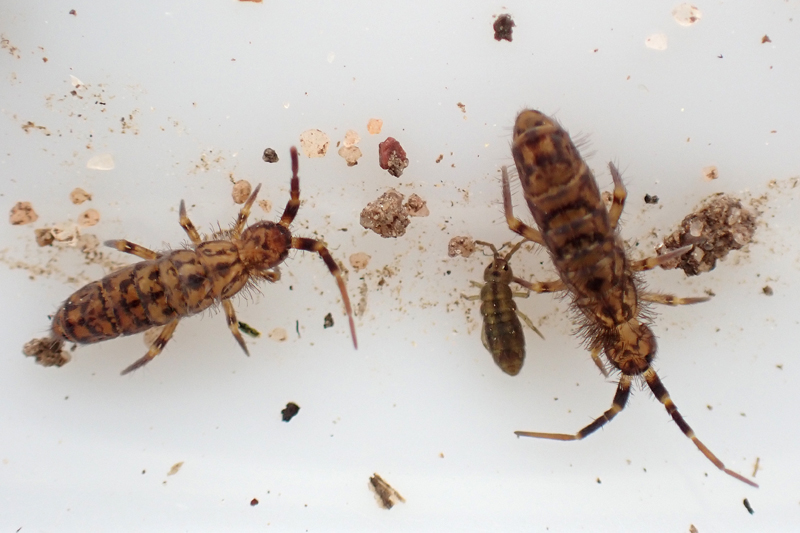 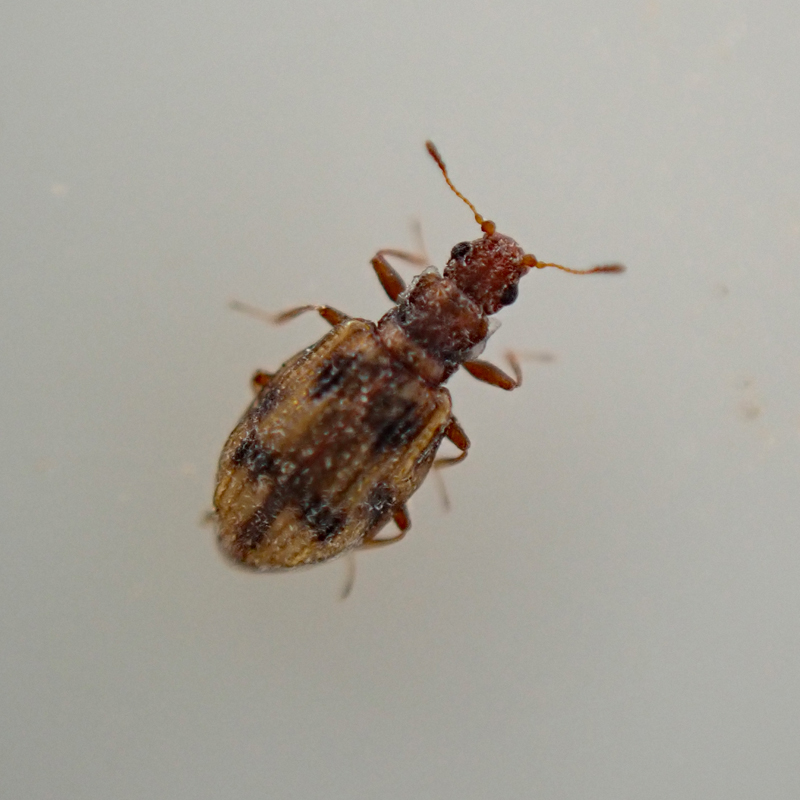 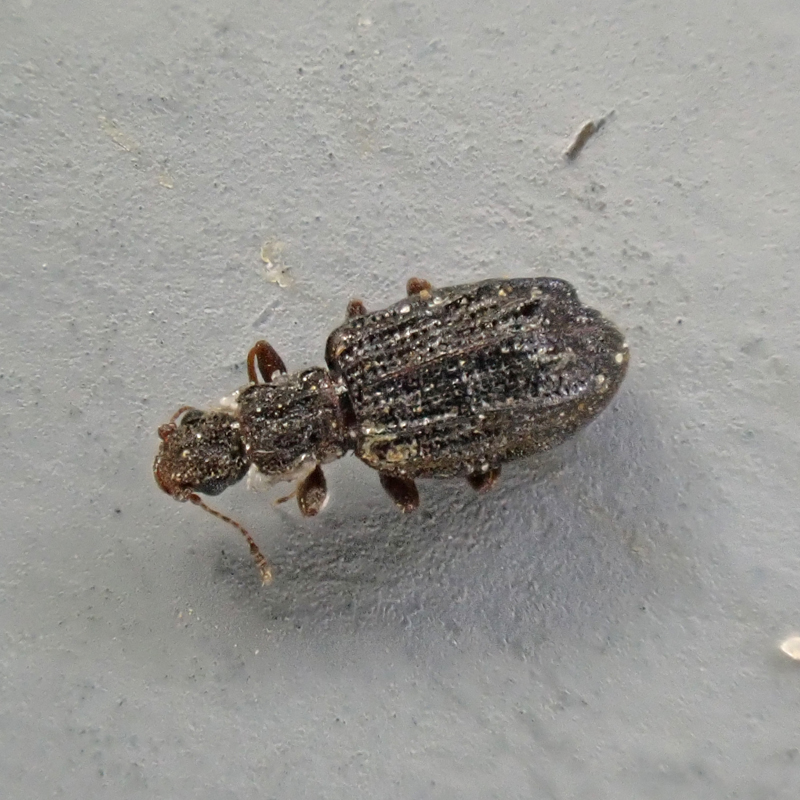 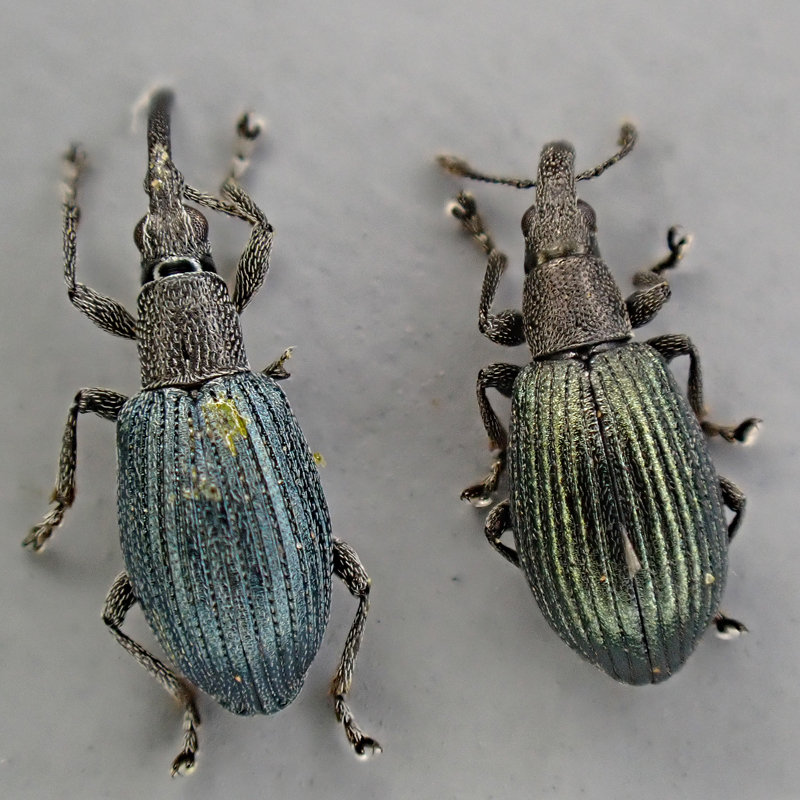 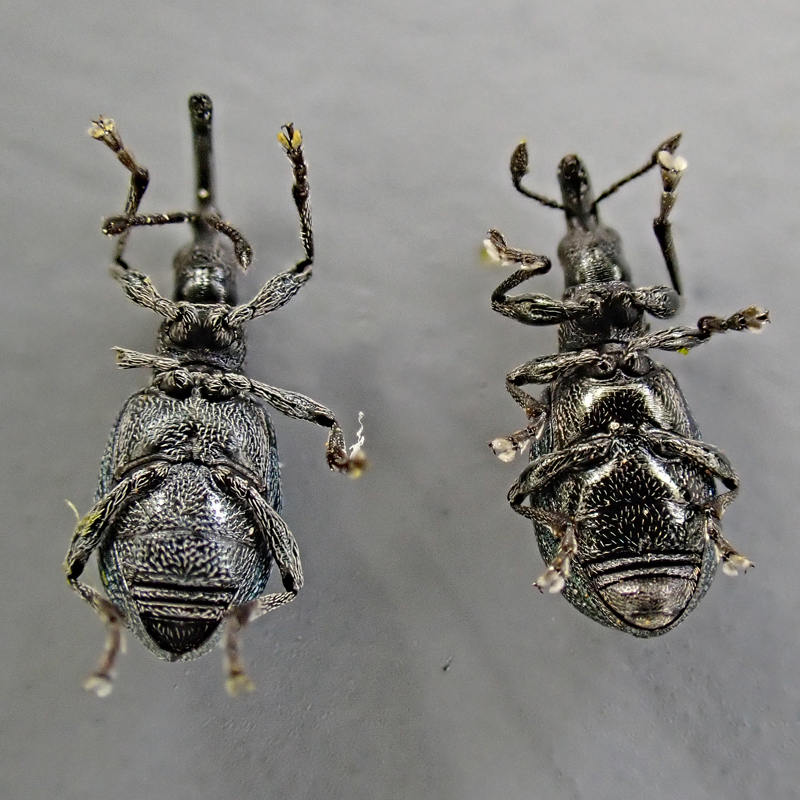 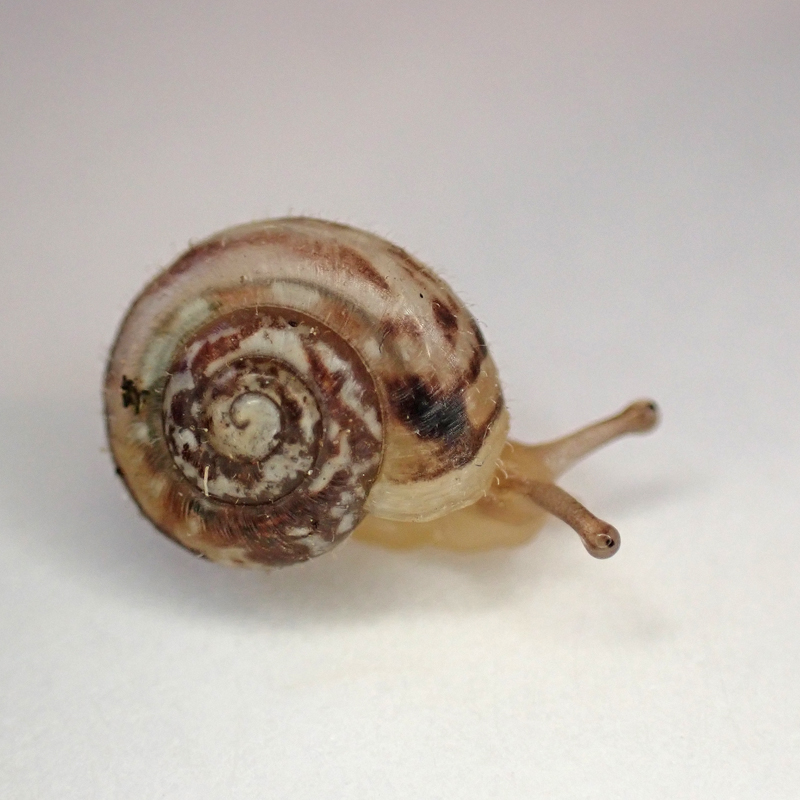 Kentish Snail
I reckon the bits I identified only account for maybe 50% of the species actually hoovered up. I didn't really check the time, but in all these four samples and poking about in the tray only took c40mins or so. Of the species added, I reckon that all of the springtails and both of the Cartodere spp. would never have been picked up through sweeping. Having said that, the Hypera rumicis is one I've never seen in the square and I can't recall seeing European Cinchbug down here either.
I certainly looking forward to giving this more effort in the square.
Here's a track that is absolutely packed with small unidentifiable samples - like my tray:
Posted by Skev at 20:57

The springtail alongside the Orchesella villosa can be recorded as Isotomurus palustris sensu lato (whole genus is horrible and desperately needs revision).

Loving all these pan-themed posts Skev. Reminds me how idle I’ve been. Keep going!