About that bout of suction sampling on Sunday at Croft Pastures. Turned out to be productive again for new things! Asides from a few small beetles, none of which were new or exciting, and another plethora of collembola, I picked out a couple of small bugs and an even smaller wasp. Both bugs were new for me, and one appears to be new for VC55. The wasp is also new for me and likely to be new for VC55 too - though getting it verified seems unlikely - all records on iRecord are sitting there unverified so it seems there is no-one operating through the BWARs team who have enough knowledge or experience on these at the moment. 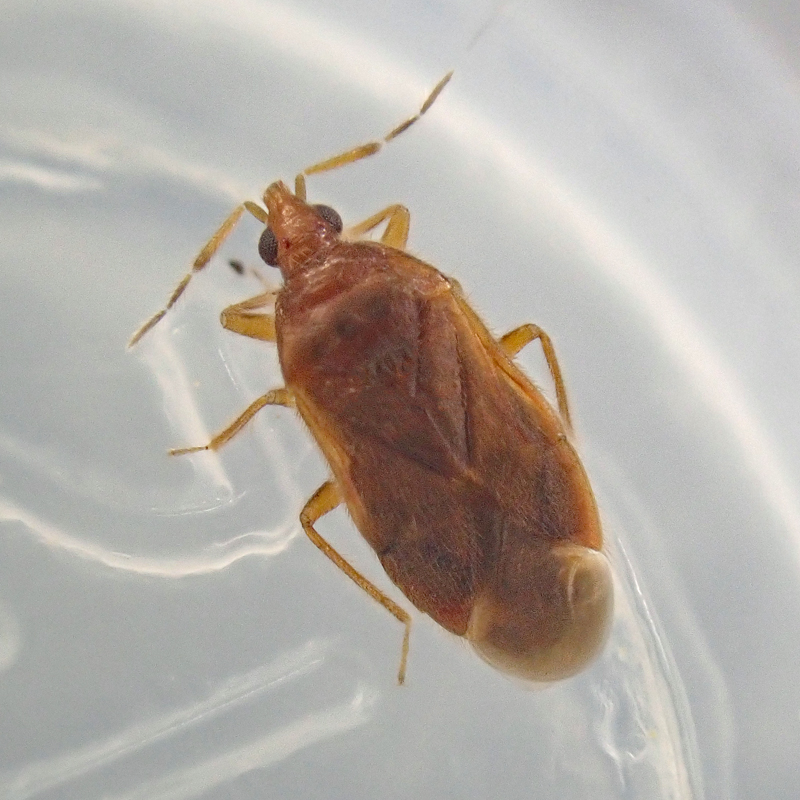 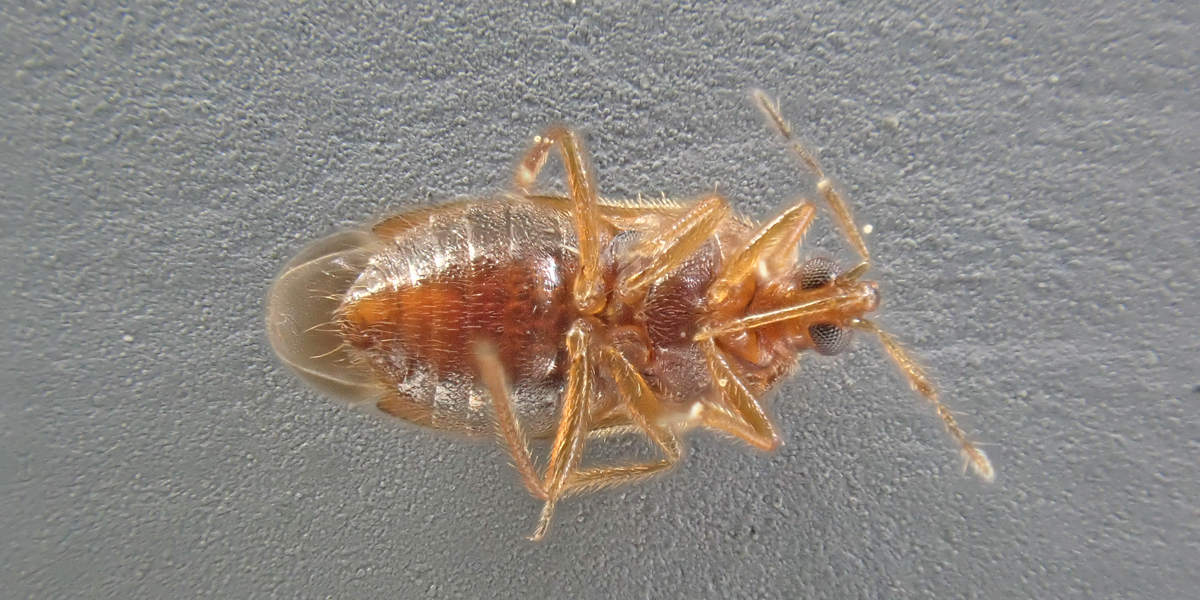 Cardiastethus fasciiventris - a small (c2mm) Anthocorid, separated from similar but far less likely species by antennal length and colouration, and length of rostrum (reaching front coxae). Sucked out of grasses/tussocks on what is usually damp pasture. Appears to be new for VC55. 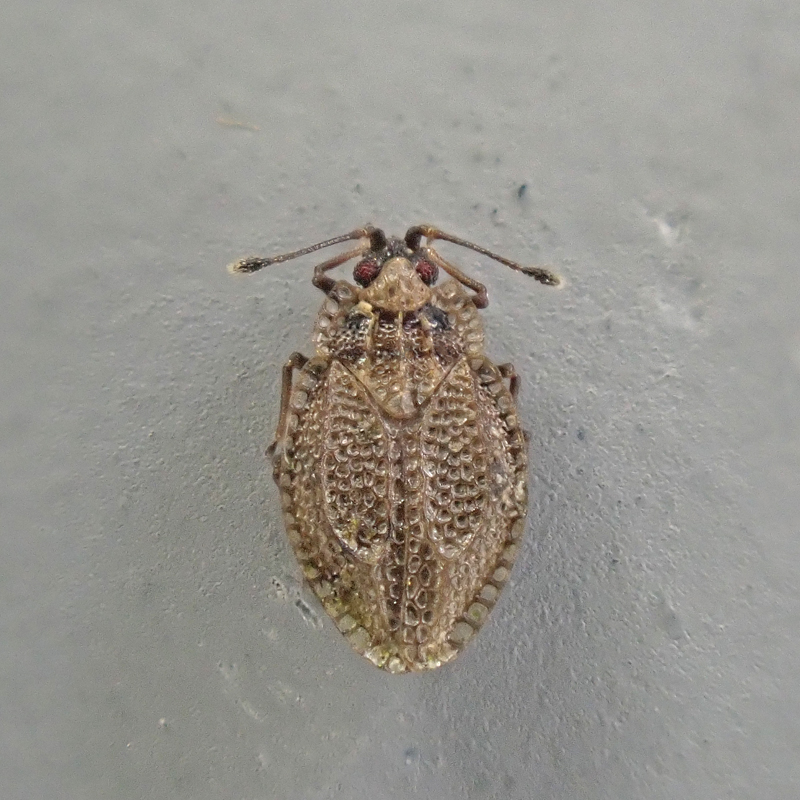 Acalypta parvula, one of the Tingidae lacebugs and even smaller at c1.5mm - sucked from grasses and moss 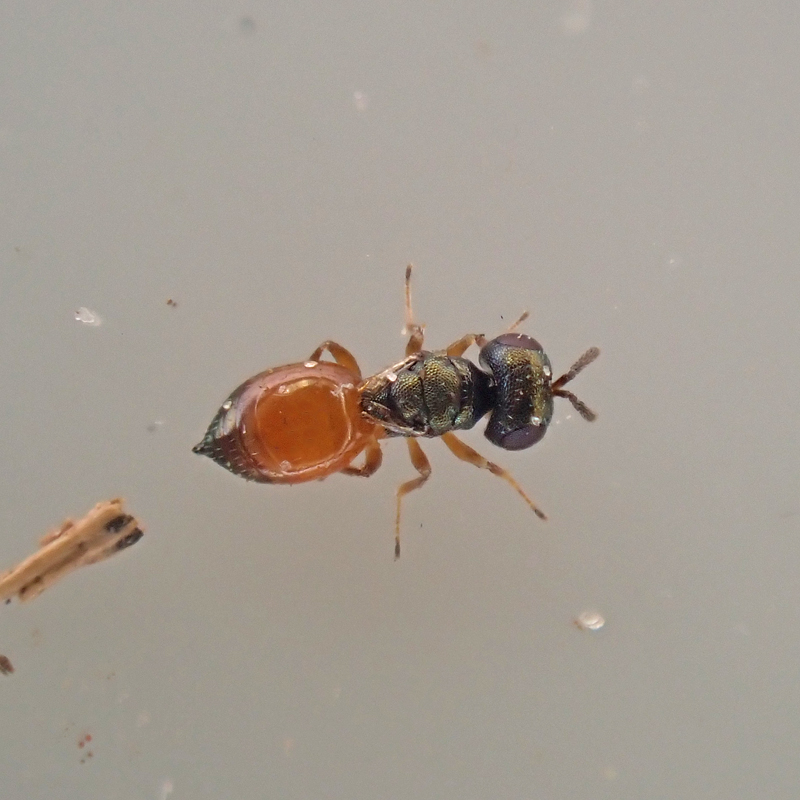 Callitula pyrrhogaster - thanks to PSL wonderkid Finley Hutchinson. One of the Pteromalidae, the brachypterous wings and colouration of gaster separate from C. bicolor in a key that Finley sent me (Graham, 1969).
Bless my cotton socks, so far this suction sampling malarkey has proven rewarding. With not much effort and just a few sucks, I've now had five new species (x2 bugs, x1 weevil, x1 springtail & x1 wasp). If I actually pooted/potted everything and had a go those numbers would be much higher!
Before heading out there, I'd had a heads up from Graham Calow that a plant I'd photographed at Croft Pastures last week might be incorrect - ie my Common Mouse-ear was likely to be Sticky Mouse-ear. I had another look and agree, post corrected. The Upright Chickweed was still not quite in flower, and I realised there was even more of it about that I'd originally thought. There were also other tiny plants starting to flower, like Changing Forget-me-Not. I will go again and try to get some more flowery shots including the Annual Knawel that was all but over last time I saw it.
A couple of bits of larval life news. First up a butterfly larva from Croft Pastures last week that I didn't post here previously. It looks like half a Rosy Apple sweet, but it's actually a Small Copper. 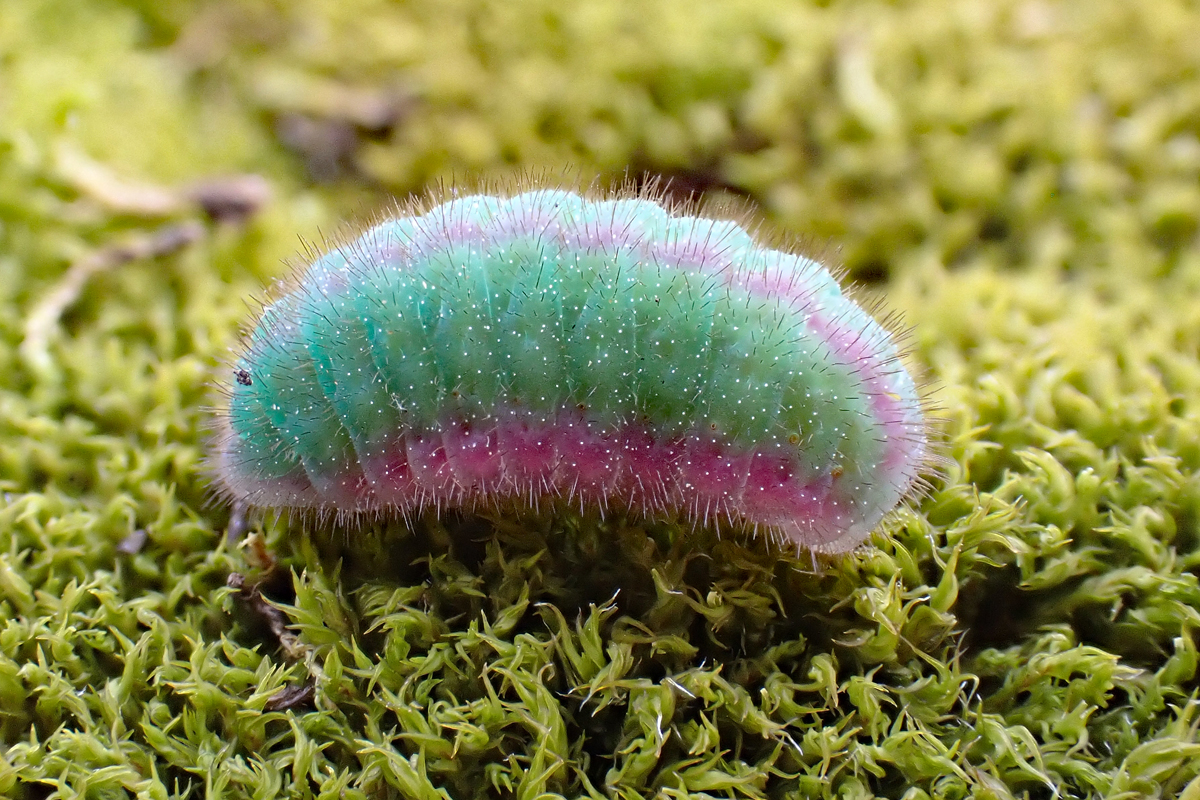 And back in early Sept 2020, I managed to sweep a geometrid larva from Traveller's-Joy at Ketton Quarry. I retained to rear through, and luckily it had emerged - just a shame it is a bit early. Anyway it confirms my thoughts that it was a Fern rather than Small Waved Umber. 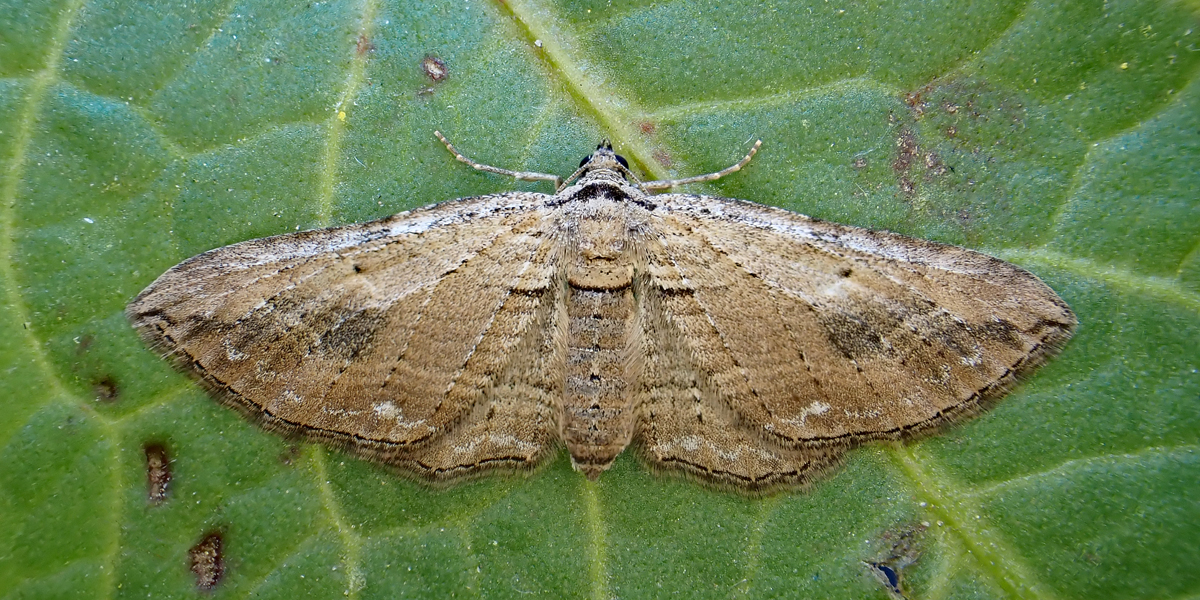 Last night I ran the garden trap for the first time in a couple of weeks. It was forecast to be cold again, though the temps holding up slightly better through to c1am. As expected numbers were not great, but the trap did pull in a nice Streamer - always a rewarding treat. 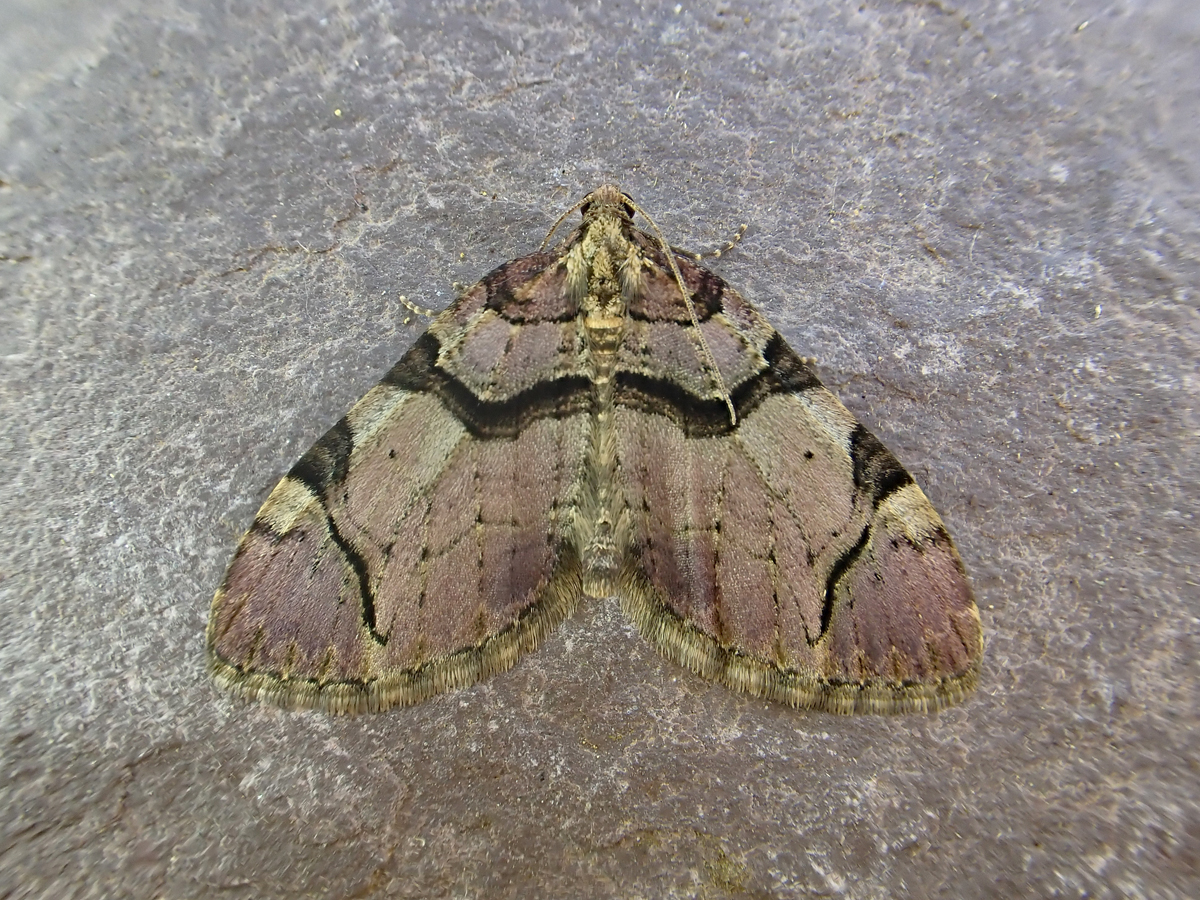 It's been warm again today, but the clouds moved in mid-afternoon and appear to be lingering so perhaps the trap will at last pick up tonight.
Posted by Skev at 19:30

that small copper caterpillar is something else. never seen one. The sheer amount of stuff from suction sampling is daunting, I have been scrupulously sticking to beetles...