Yesterday I followed up on a tip-off from Graham Finch and headed out to look for some larval life that would provide a lepidopteran tick. What I didn't realise until checking afterwards was that I was getting a vascular plant tick in the process. I headed out to Kinchley Lane that runs along the side of Swithland Reservoir, the site that I usually go and look for Psychidae early in the year. 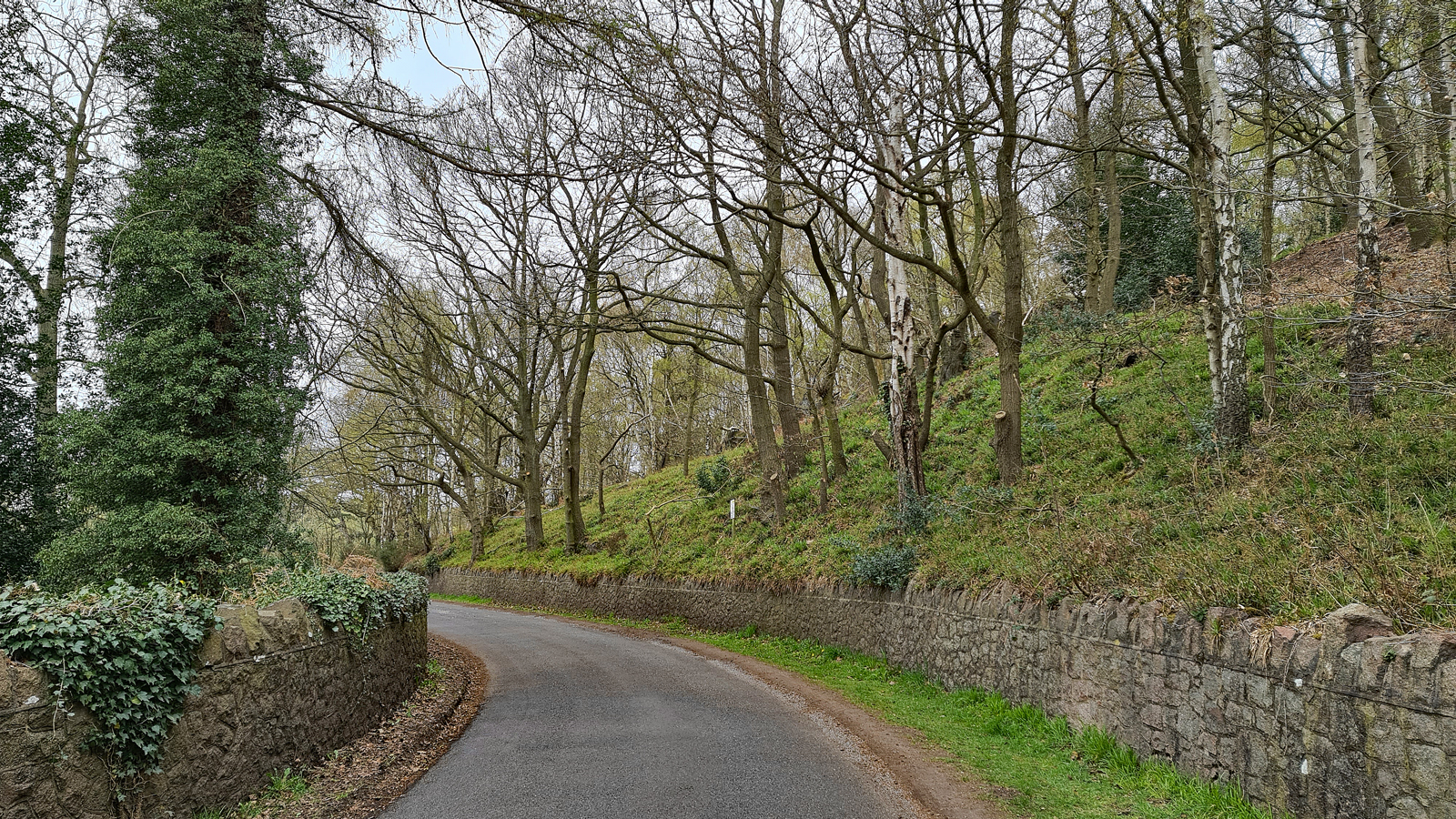 See all that green stuff on the bank around the birch trees and at the base of the wall, well it's not just grass - it's Great Wood-rush. Clearly I have seen this many times whilst on that lane, but I've never taken any notice of it and it wasn't on my list. Here's some shots of the general appearance, hairy-edged wide leaves (for a wood-rush) and flower spike .... 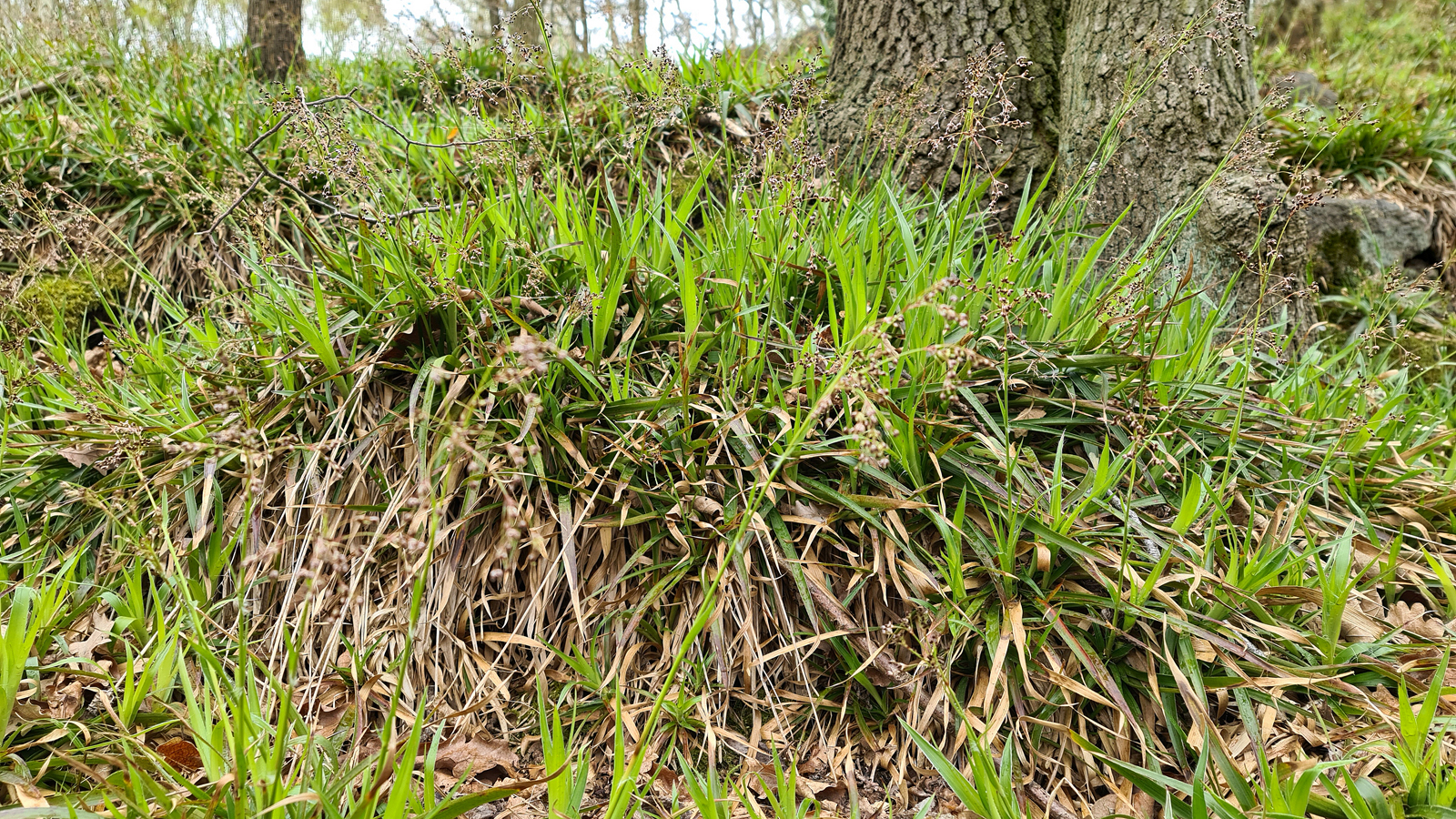 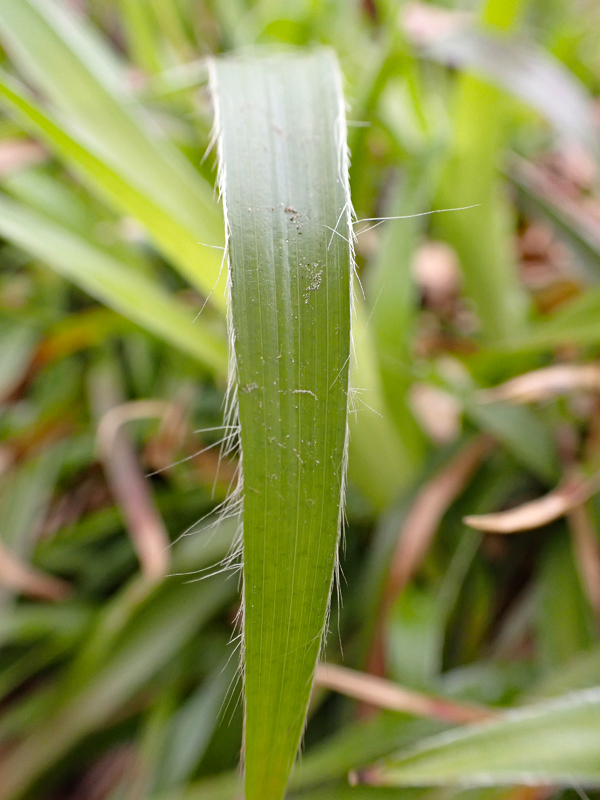 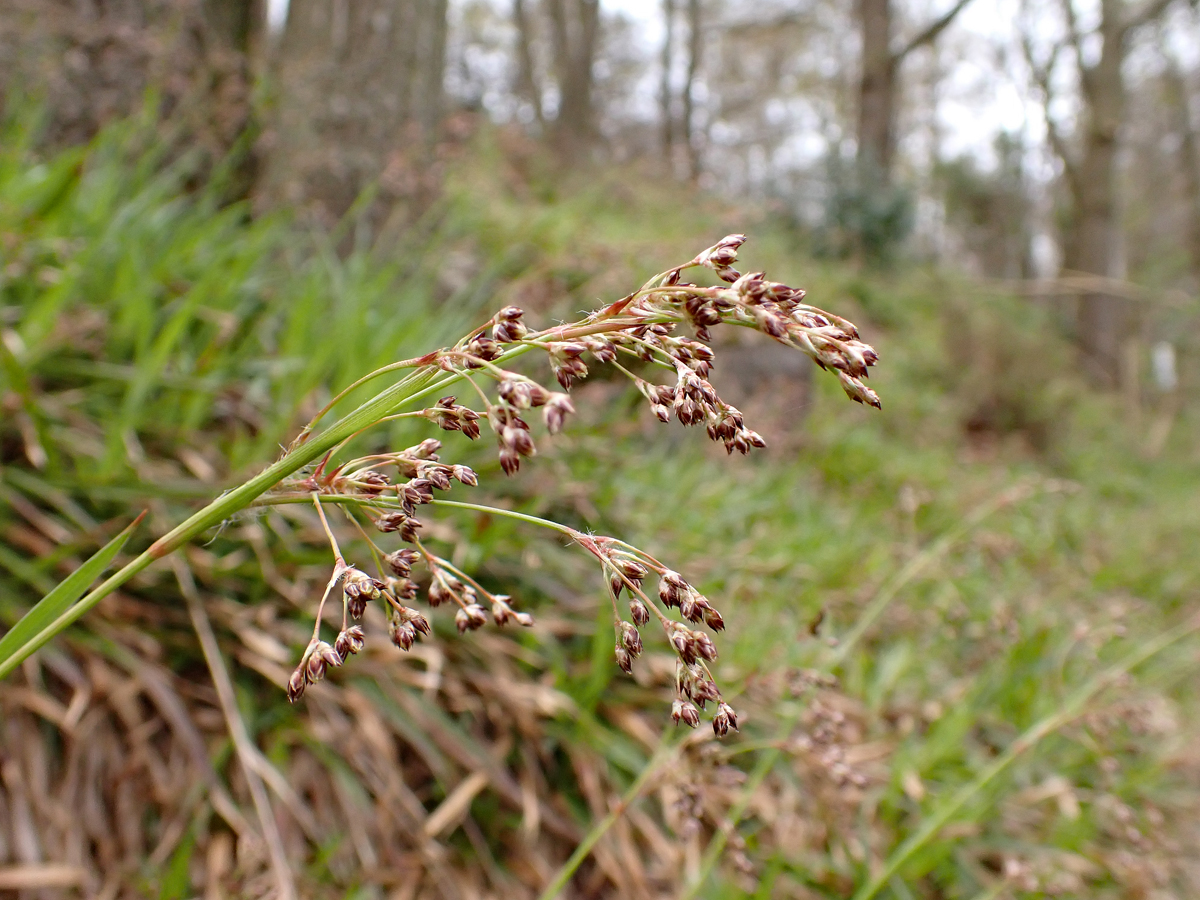 Anyway, what I was looking for on this plant was leaf mines like this one .... 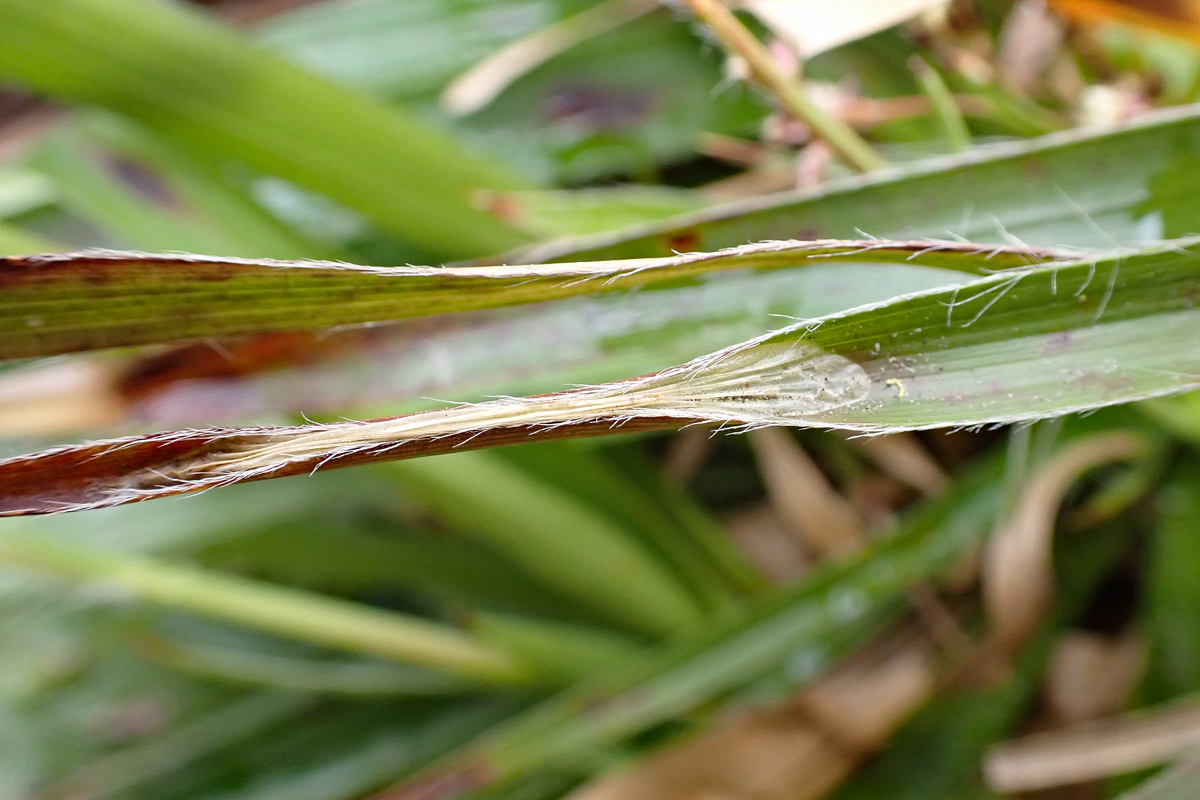 A creased blister causing the leaf to fold in on itself on older mines. I found a few, and collected what I thought was two tenanted mines and one old vacated mine .... 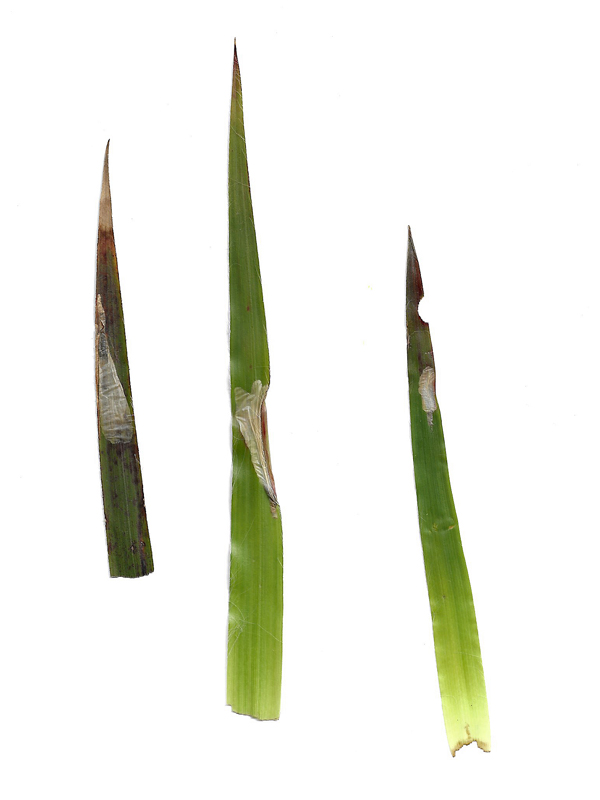 It was then that I noticed that what I thought was an older mine was going in the opposite direction to the others: this one had a frass collection nearer to the tip of the leaf with the mine heading basally. And, despite appearances all three mines were tenanted. 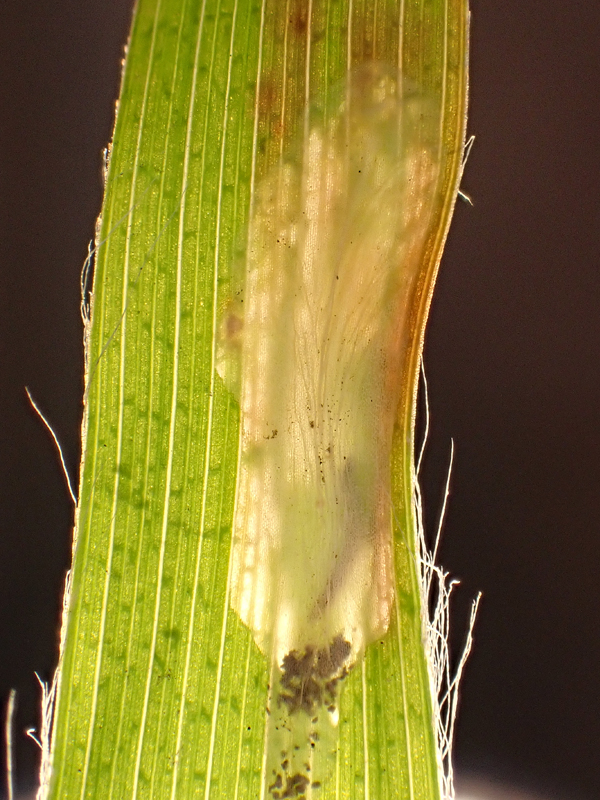 I needed to open the mines to check the larva to be sure on the ID. This larva was clearly not impressed as it constantly shuffled up and down the leaf so I had to whack up the ISO to get a clear enough shot. 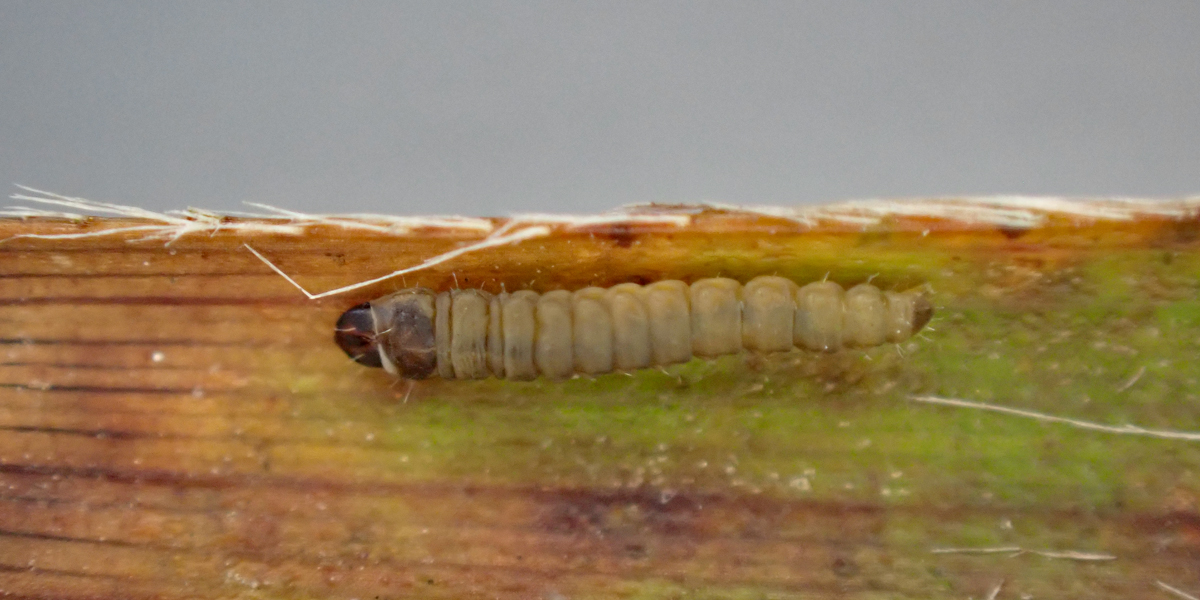 So, mines on Great Wood-rush tenanted by a greenish larva with a brown head and prothoracic plate which is darker at the outer margins (as opposed to whitish-grey with black prothoracic plate) confirm this is Elachista regificella (and not Elachista gleichenella which may also mine this plant). Sweet. Highly unlikely that I'll get one reared through but it has to be worth sweeping the plants in late June - mid July. Great Wood-rush seems to be localised in VC55, mainly around the Charnwood area including Swithland Wood.

Whilst I was there I had a quick look for Psychidae. Every year there seem to be fewer cases, or perhaps my eyesight is getting crapper. 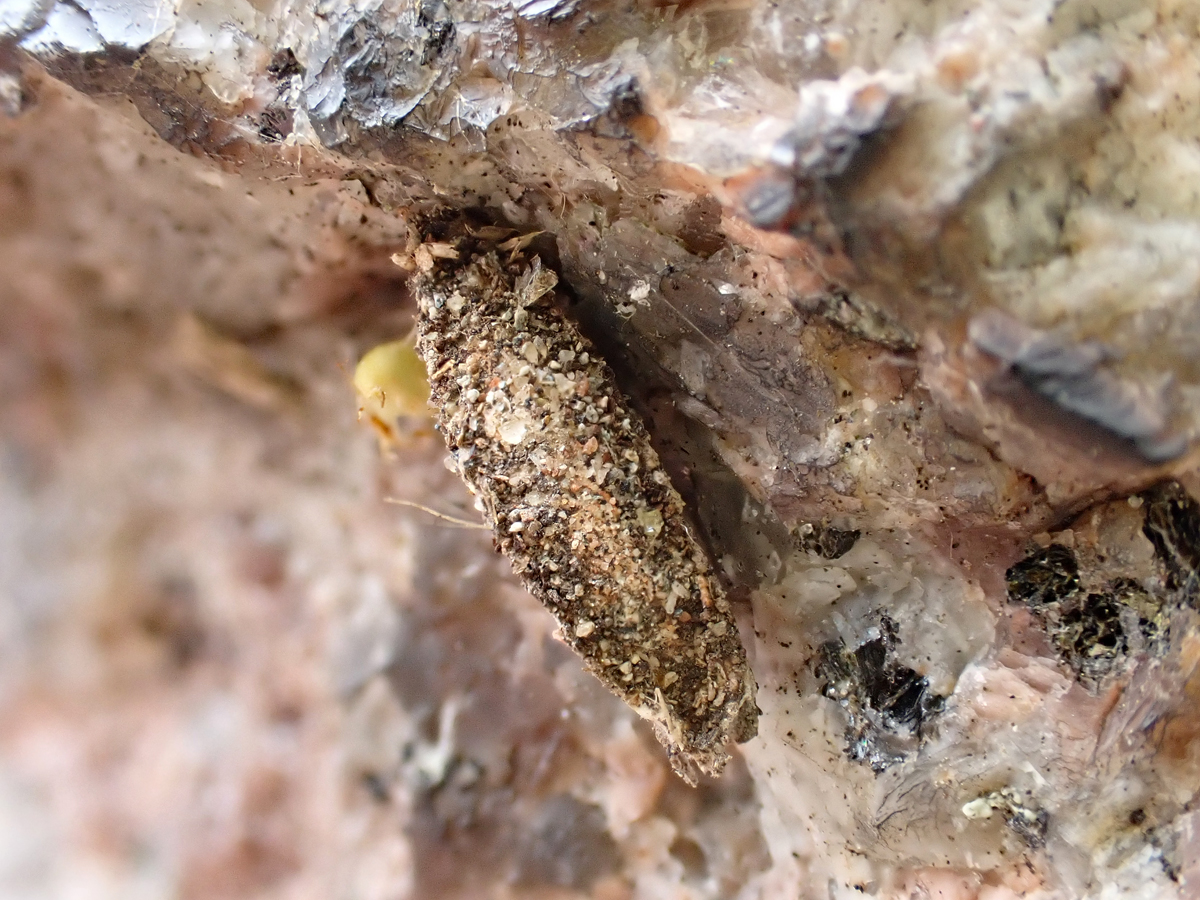 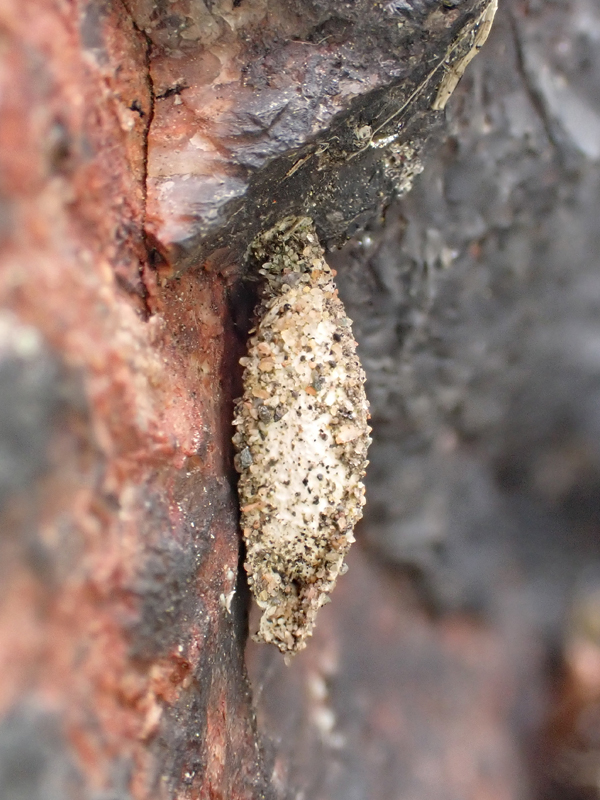 A couple of Dahlica sp. above (probably D. lichenella based on size and lack of obvious insect fragments), Narycia duplicella below. 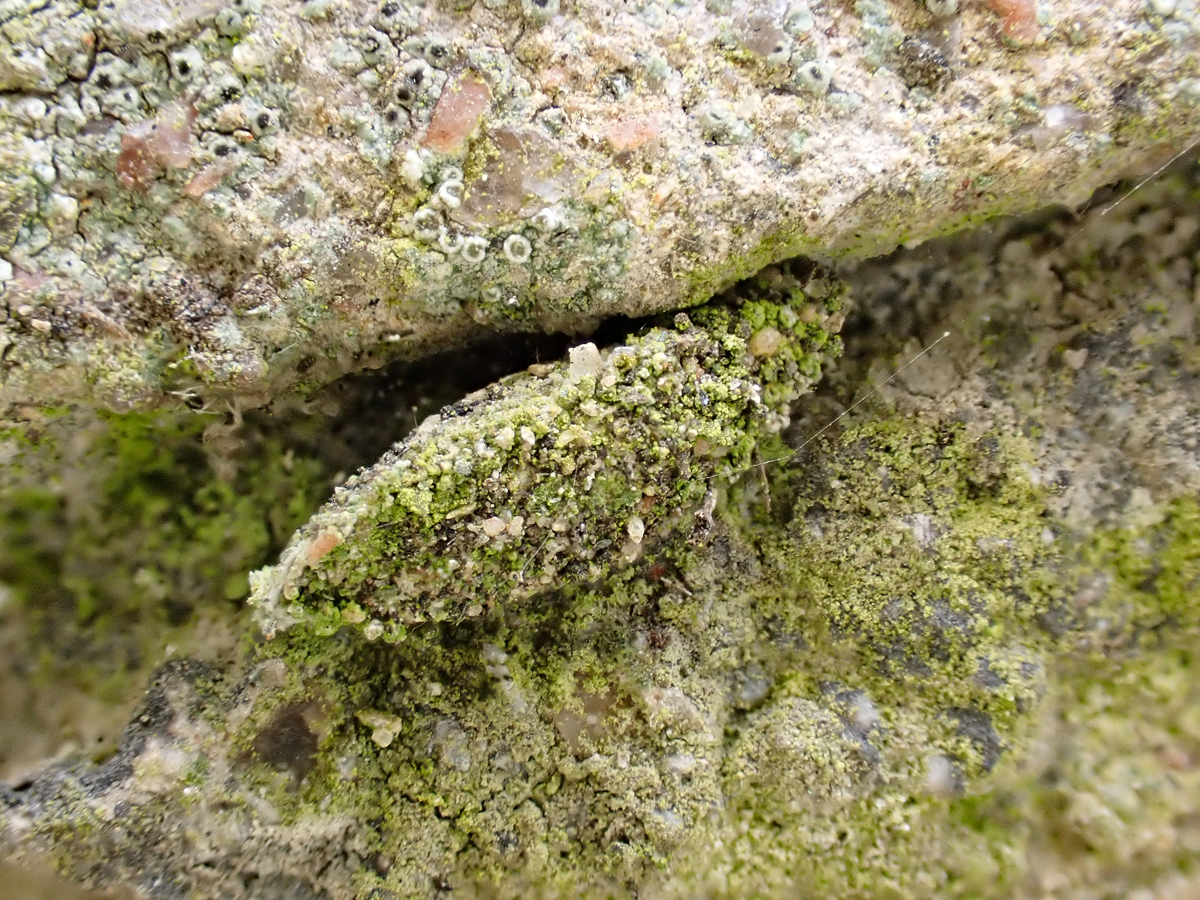 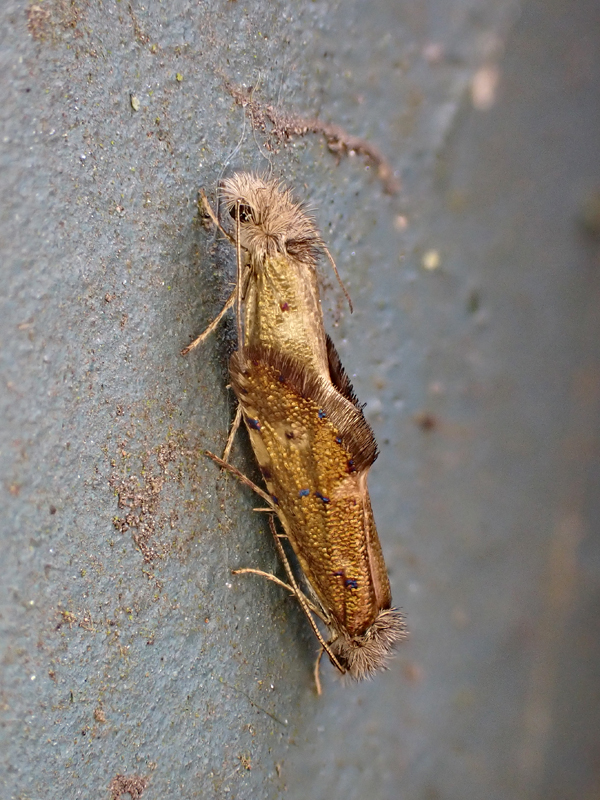 And there were loads of Alder Flies, none of which I bothered collecting to check exactly which one. 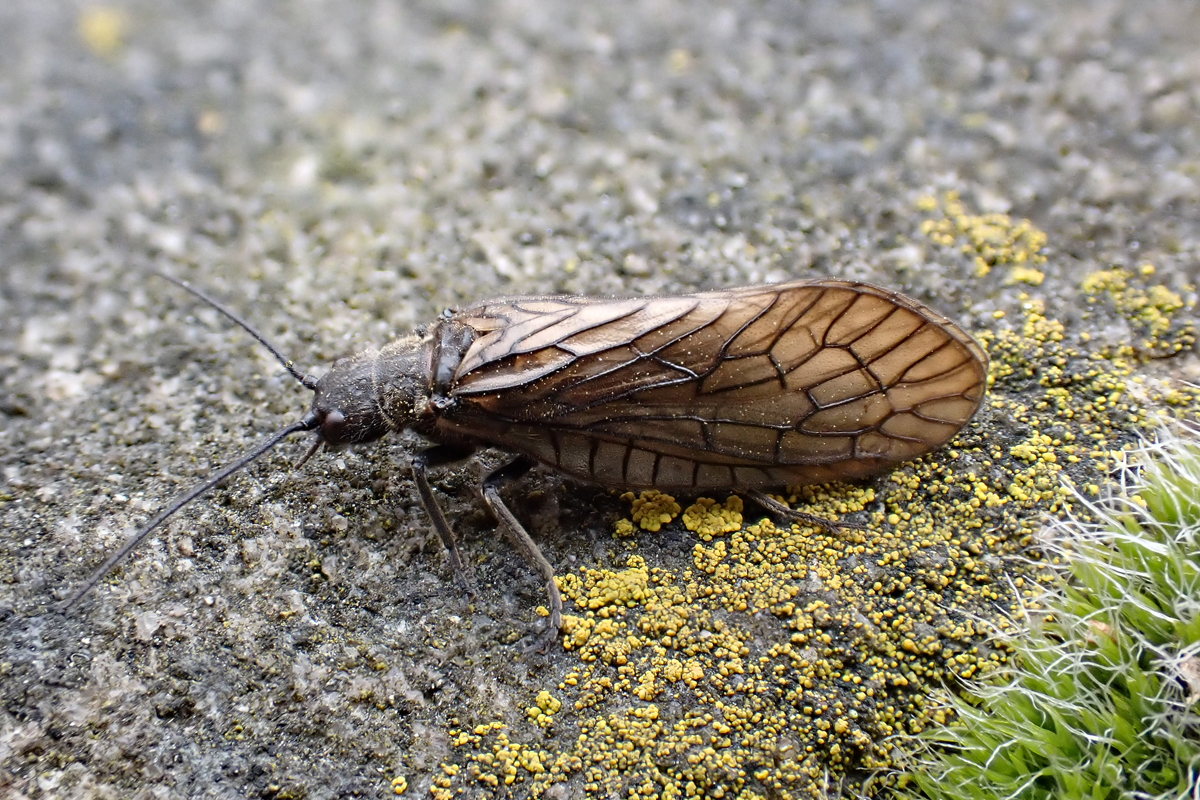 It was pretty nippy whilst I was out and certainly not inspiring enough to spend a lot of time looking around. I headed to Ulverscroft to have another look at the Infucitinea argentimaculella colony, and found absolutely loads of tubes. None that I collected last year were successful, so I think his year I'll go and collect a few in late June by which time they'll have pupated. 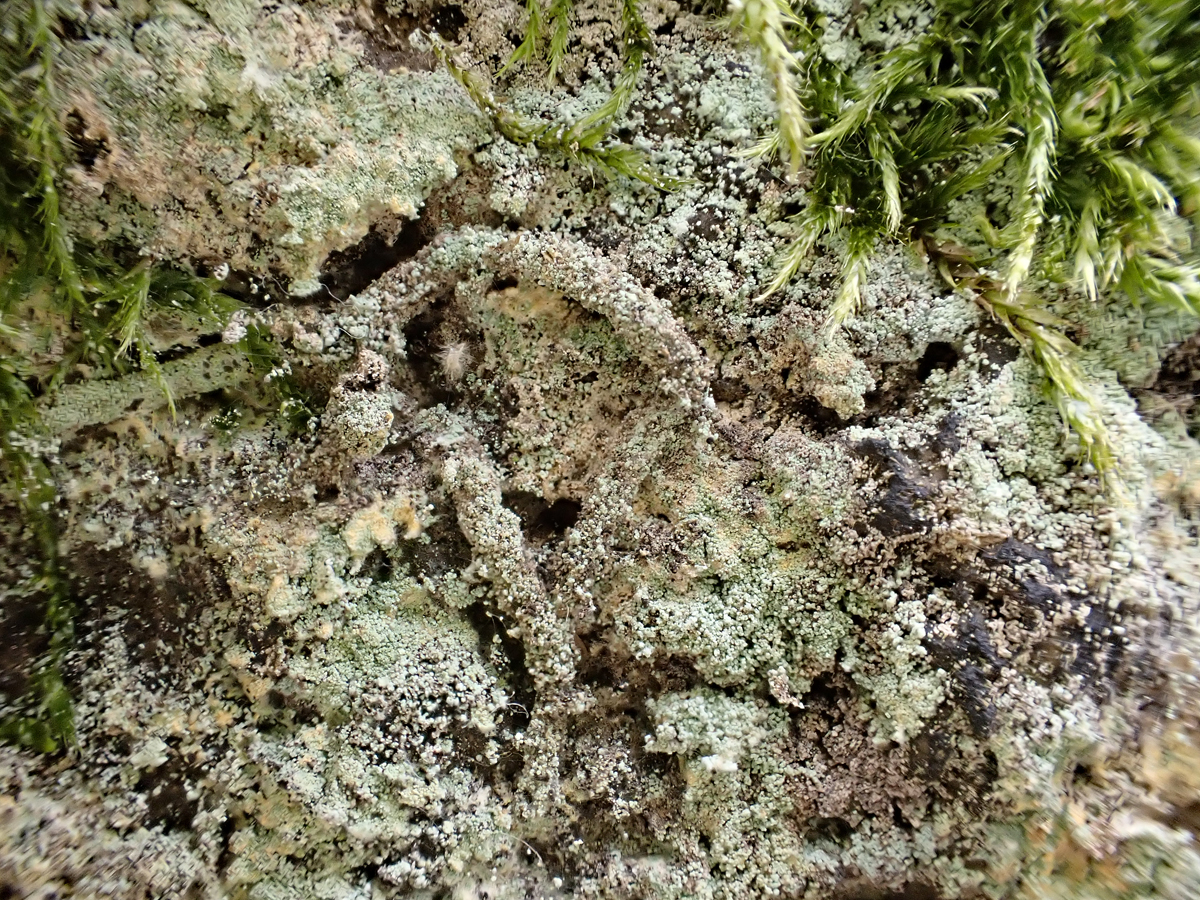 Psychids AND Infurcitinea? Wow, this is my kind of a blogpost! Luzula sylvatica is available in great swathes through the woods up here, I don't think I knew there was any lep miners on it though. Check it for microfungi too, couple of pretty distinctive leafspots up for grabs for you.

Looks like E. regificella has an odd distribution. Doesn't look like it's near to you; seems ti be absent in west but present in central/east highlands. Will have a look for microfungi next time I'm there.