Blimey, I drafted the bulk of this on Friday 02/04/21 but have been busy or otherwise disposed since then.

Time to update on the various year lists I'm keeping.

It's fair to say that my efforts in March were limited by chemo side-effects and weather. I've not been out as much as I'd like, but nevertheless the lists continue to creep up - although the unseasonal high temps on 30th and 31st accounted for a fair chunk of the square additions.

On Tuesday, after the failed attempts to lure Pammene giganteana in the square, I spent c15mins sweeping the grasses and docks on the lane (despite the fact they are all very short at the moment). The amount of insect life compared to what I'd been seeing earlier in the month was notable, and I quickly and easily potted up a number of species including Notostira elongata (which I'd not seen before), Himacerus mirmicoides, Dock Bug, Nedyus quadrimaculatus, Apion frumentarium, Rhyzobius litura and Demetrias atricapillus. Earlier in the day, casual sightings in the garden included Agonum muelleri, Notiophilus biguttatus, Musca autumnalis and Bombylius major. Wednesday was not quite so sunny, though still very warm, and again whilst out trying the lure I picked up Tawny Mining Bee, Honey Bee, Nabis ferus netted in flight and loads of Scathophaga stercoraria loafing about. I also found a number of Gyrinus substriatus and Gerris lacustris scuttling about on a large flood puddle. With the moth-trap additions over the two nights, I added 30 species to the square list of which 29 were insects. I still have a couple of bits in pots to identify. 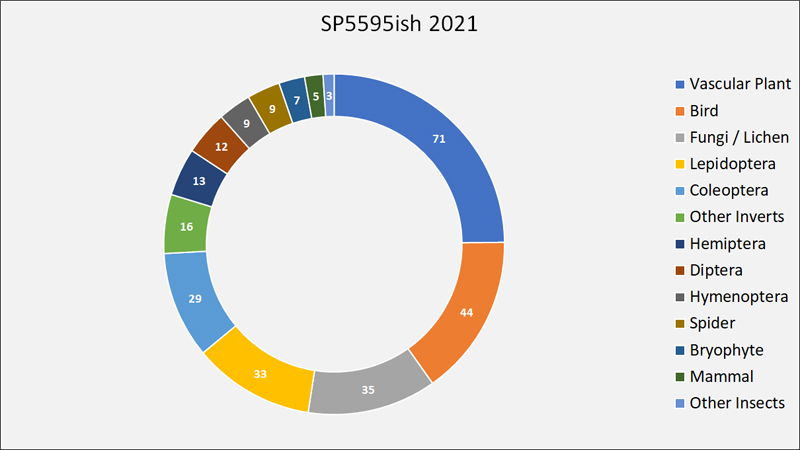 The bird lists have not increased much; new 5MR species in March were Rook, Treecreeper, Oystercatcher, Chiffchaff, Greylag Goose, Kingfisher and Little Ringed Plover. The latter were a pair on the pool at Jubilee Park on 31/03/2021 whilst I was without camera sadly. Of these additions, only Chiffchaff was also added to the square list. I also didn't get out to anywhere outside of the square or patch during March, so a bit more effort in April should see additions with migrants coming in.

The 44 species in the overall square list includes three only seen in/from the garden so far: Goldcrest, Canada Goose and Mistle Thrush. 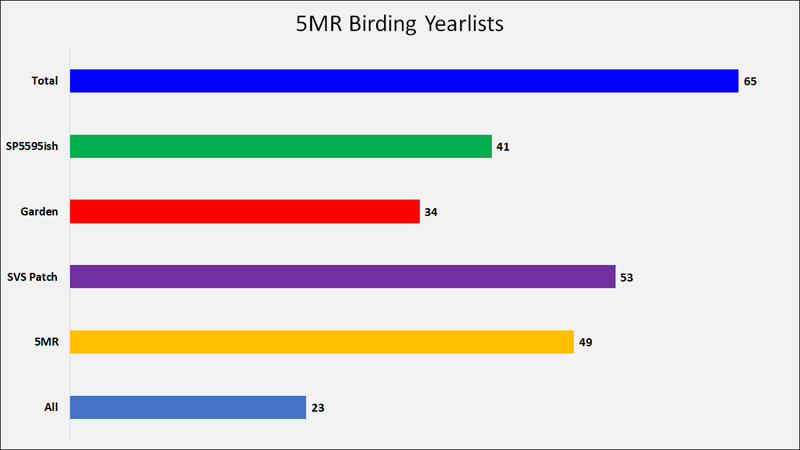 On 01/04/2021, I added Scarlet Lily Beetle to the yearlist and a late evening drive to pick up Alex from one of his mates added a live Badger to the list - pleased about that as expected I'd have to wait for a dead one on the main road.

02/04/2021 pm, after writing all of the above I nipped out to Aylestone Meadows. I ended up walking around the site for a fair while before I was able to add a couple more warblers to the 5MR list. There were loads of Chiffchaff all over the site, but only a couple of Blackcaps were singing and a single Willow Warbler. I imagine a follow-up in another week or so will be different. The site was awash with blooming Blackthorn. 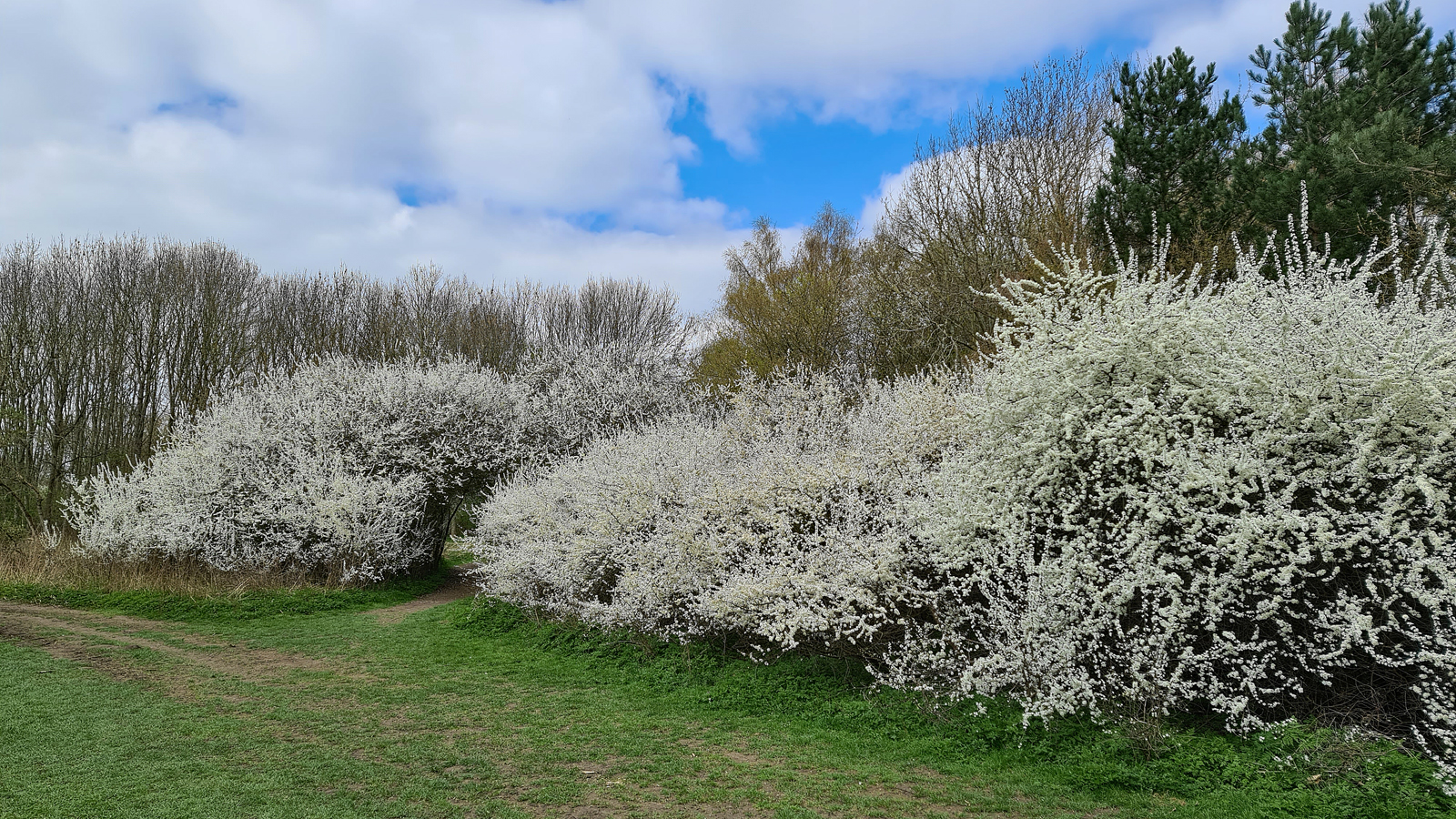 I dropped into Jubilee Park on the way home, but sadly no sign of the pair of LRP though the Oystercatchers were still around. Also another Blackcap.
What I didn't see on that afternoon was a White Stork apparently drifting over Whetstone - I found out about it on a local Whatsapp group around 15 or so mins after it would have been long gone. However it seems it was a colour ringed bird (GB35) that was wild born but rehabilitated in Warsaw Zoo before being released in 2020 as part of the Knepp scheme, so not a genuine vagrant.


Saturday was spent walking around Bradgate Park with my brother's family, and yesterday was blisteringly hot but again I was constrained by family. Today was clear, cold and with a few small flakes of snow this morning, before a nice afternoon with sunny spells but not much warmth. I reckon it will be the best part of a week before the weather turns back around to something properly productive.