Today has been gloriously sunny, and I managed to make time to get out this afternoon for a while. I headed over to Croft Pastures, a site that I haven't visited too often but have been meaning to get to in early spring for a few years and haven't for one reason or another. It was on the list for last year before the lockdown scuppered those plans, and the year before I was recovering from my first surgery. Otherwise I've either been too early or too late for my target - today I was perhaps a few days too early but not far off. 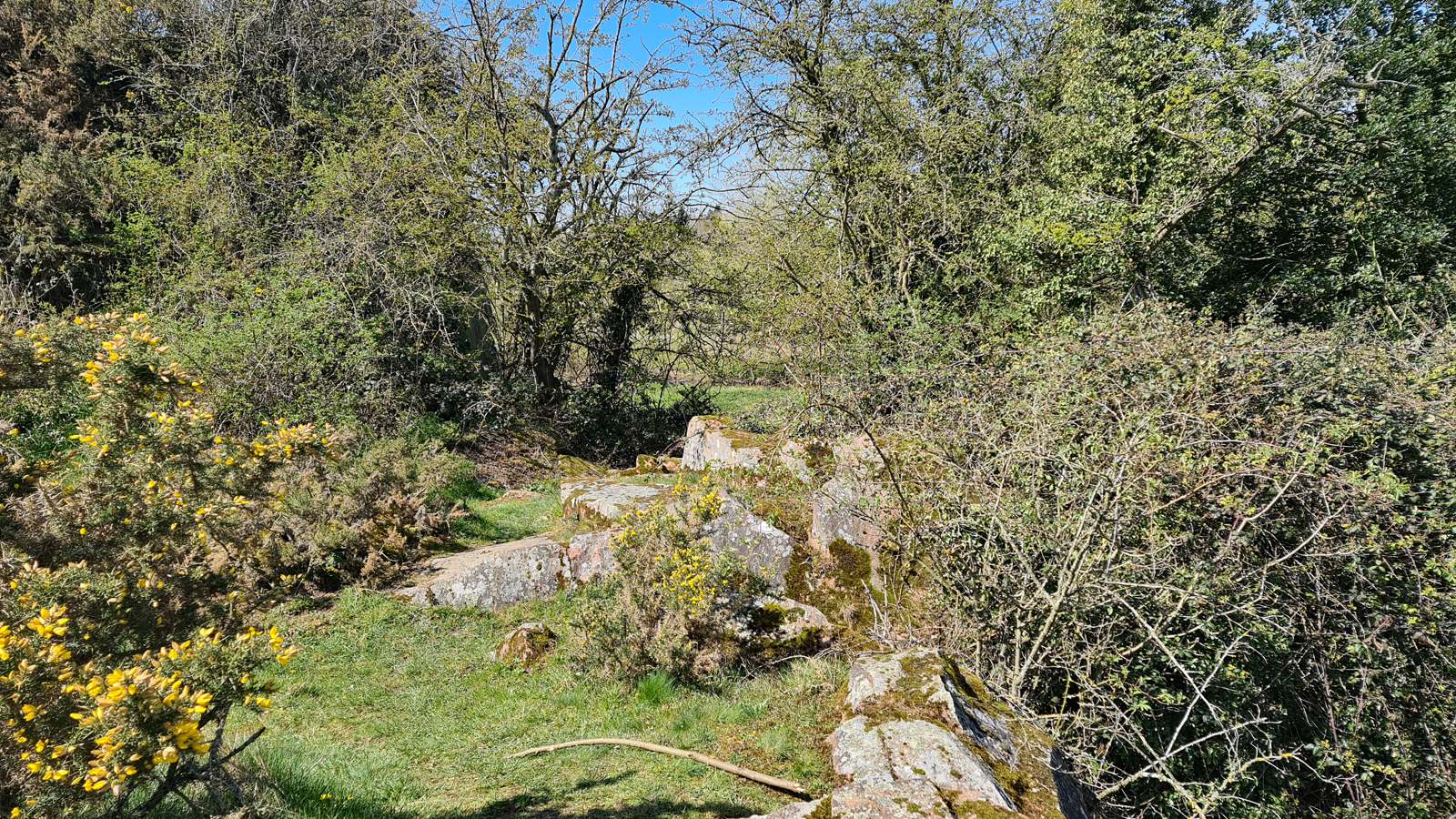 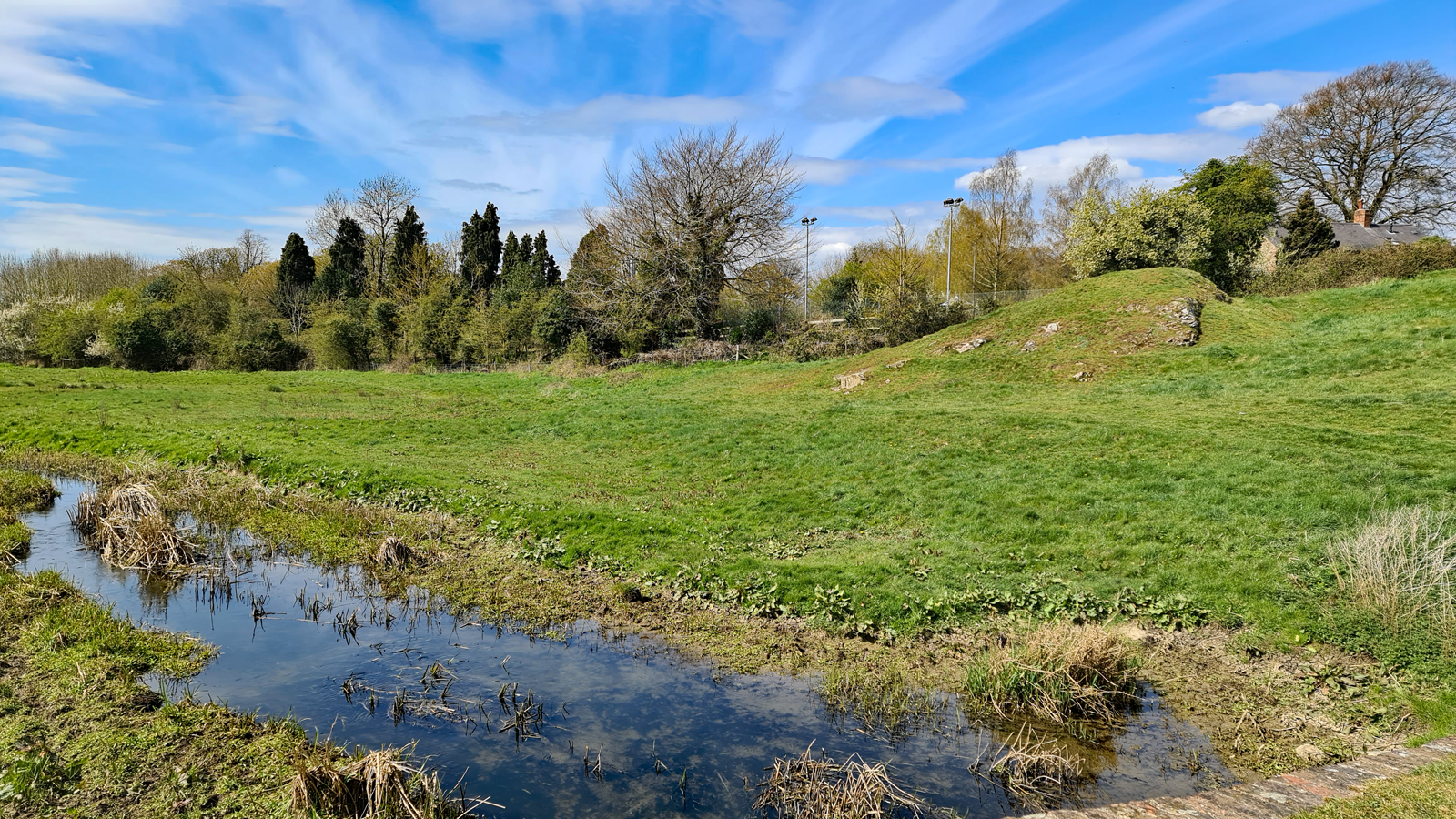 See that small hump on the right in the above shot - that one small mound hosts a good number of scarce/rare plants for VC55, many of which are very small. The one I was looking for today was even smaller than I expected, and it was one of those eureka moments as once spotted it was clearly all over one side of the mound. Here it is in all it's tiny glory .... 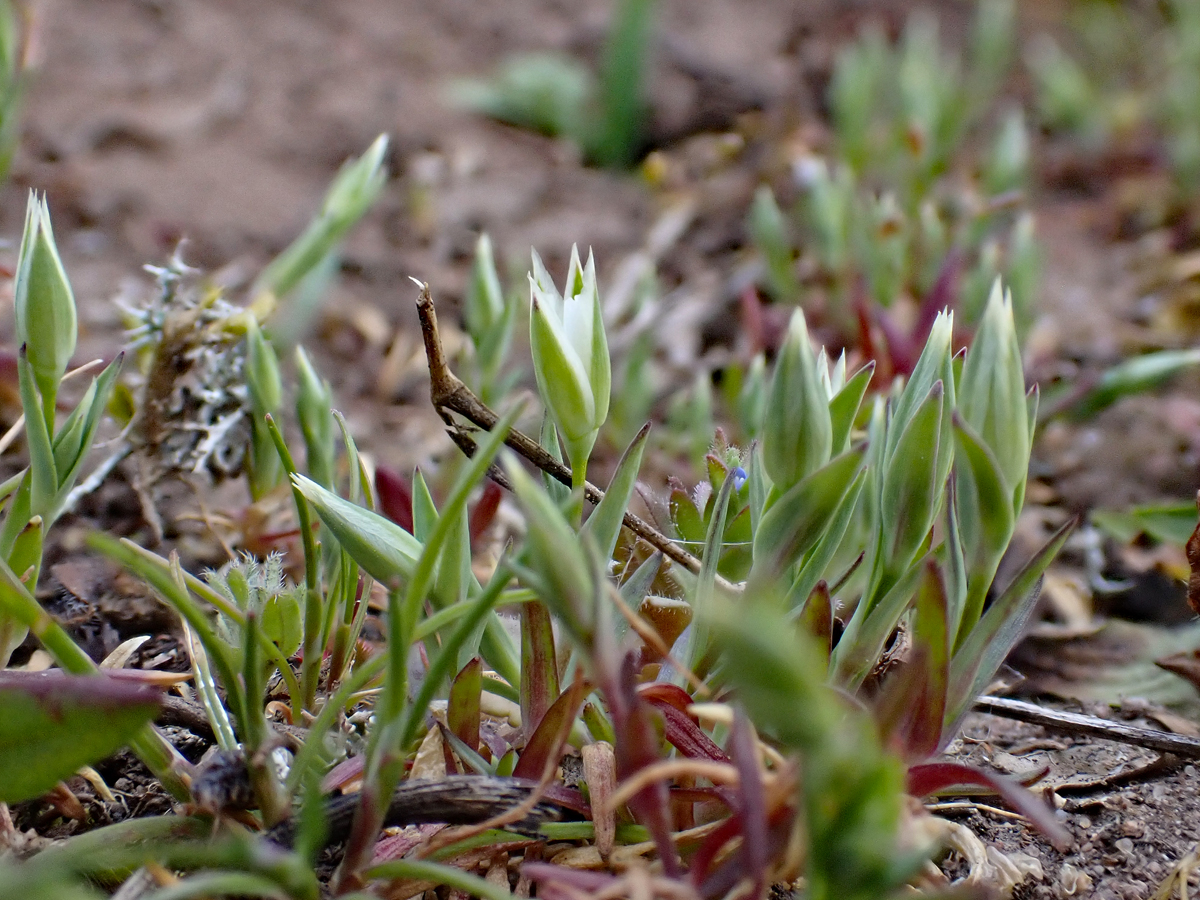 It's Upright Chickweed, and I'll concede that it's not glorious at all - especially when the flowers are not quite out yet. Only a couple of inches high at the moment, barely rising above the other short plants in the vicinity. Nice white-edged sepals, and once seen it's pretty unmistakeable. 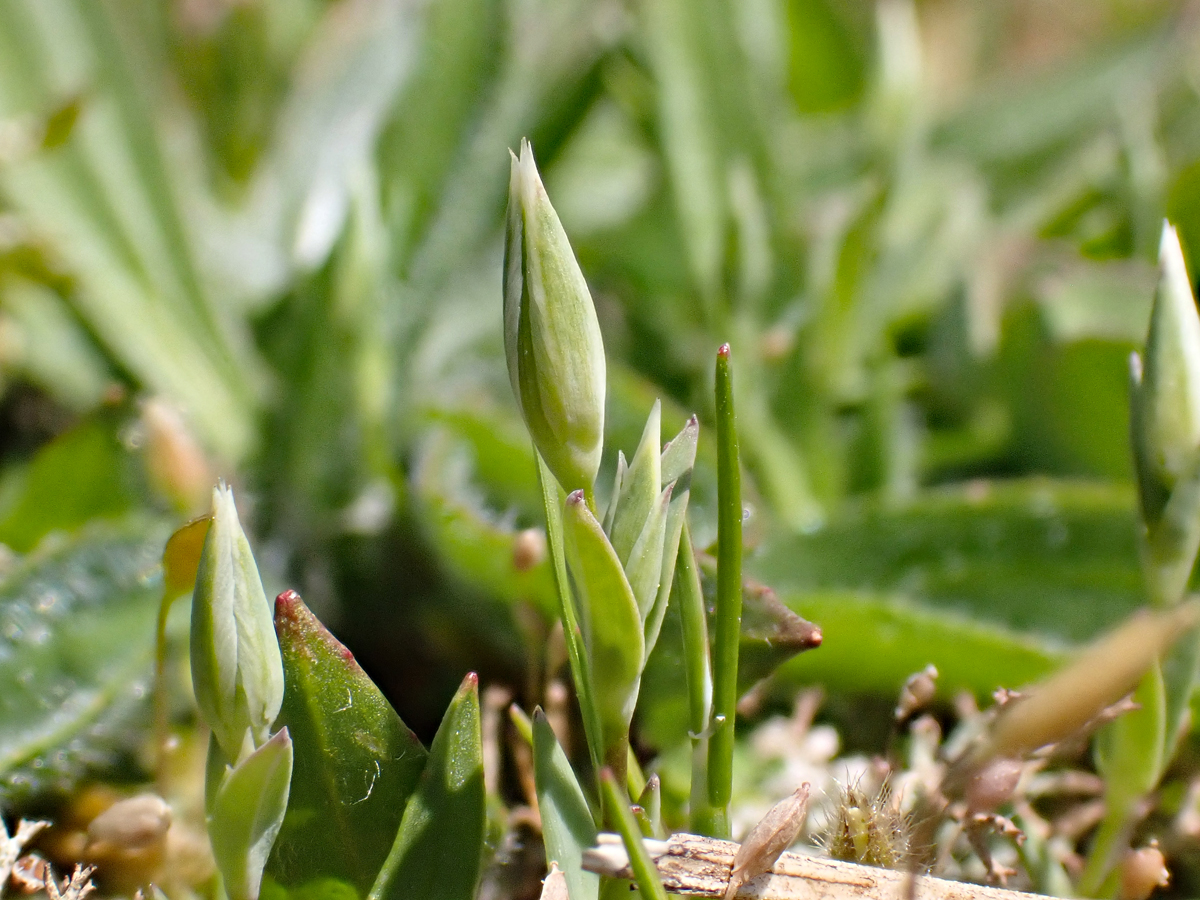 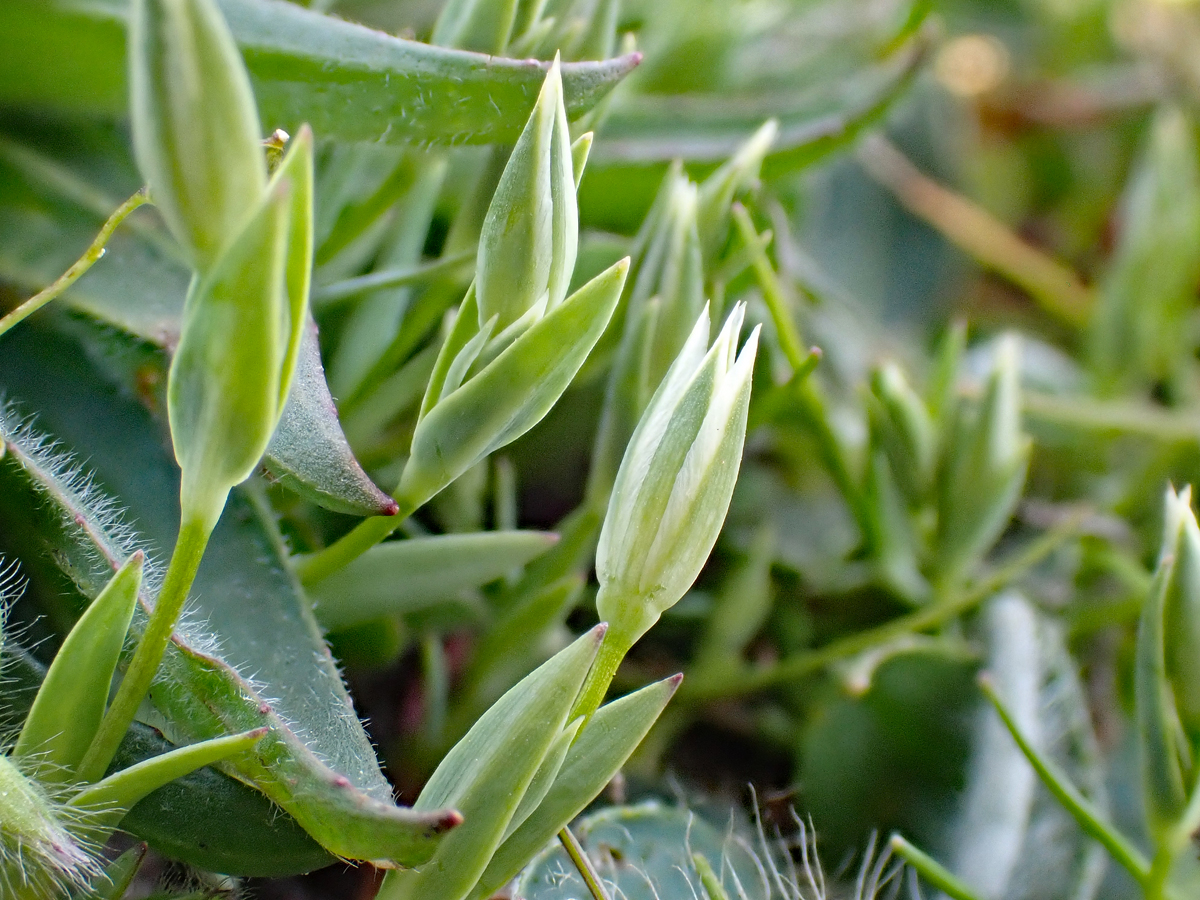 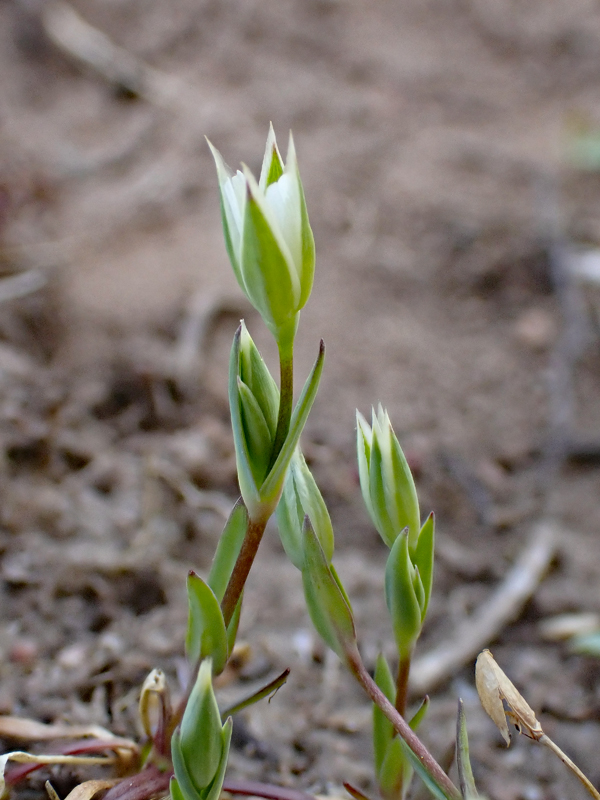 I think I'll go back before the end of the month so as some of the other plants on site should also be more evident by then. 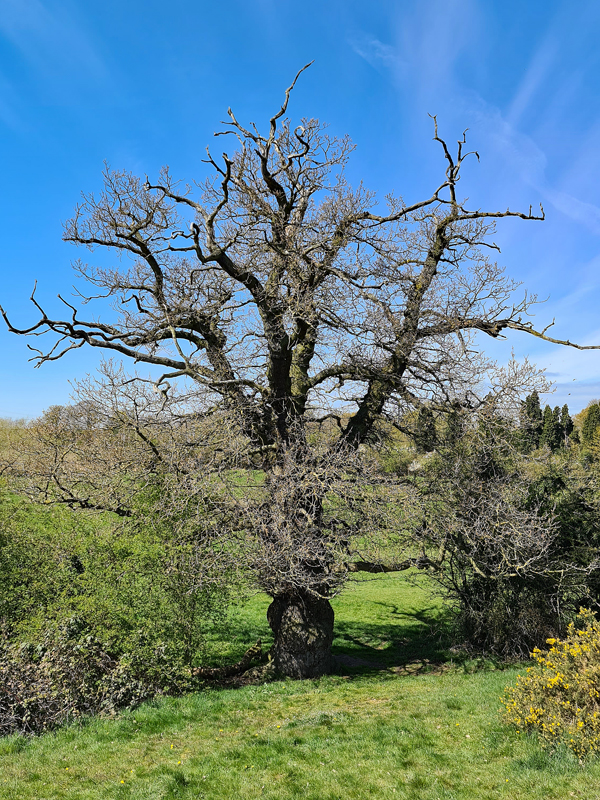 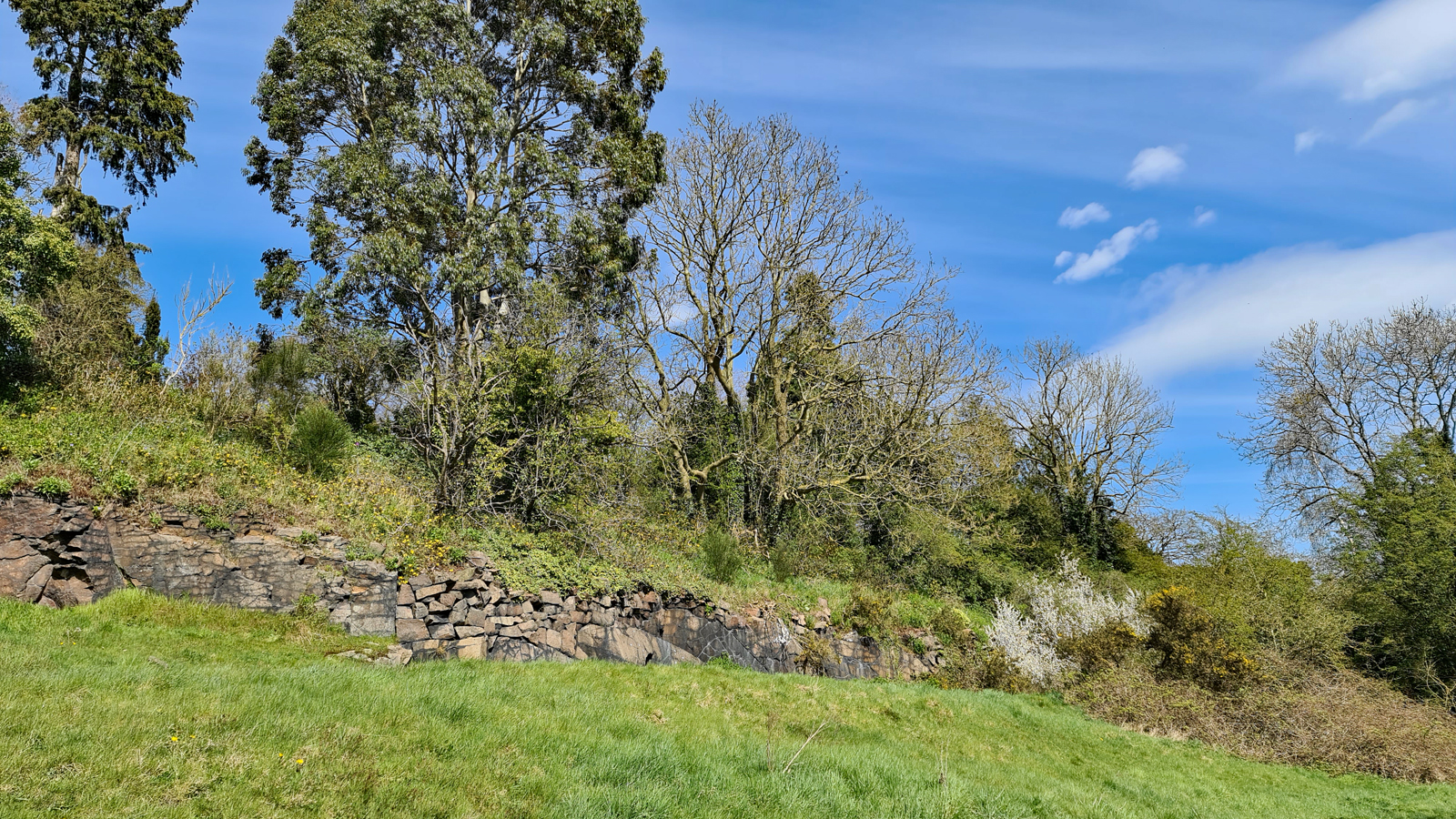 Whilst I was there I tried the pheromone lures around some oaks but no joy - I think Pammene giganteana may well be over now. I also took the wrong net with me; sweeping the grasses and suchlike yielded a few bits that I've potted to check but I think the butterfly net would have been more useful as there were lots of solitary bees and their parasites on site. Again in another couple of weeks there will be more to swish at with any net.
Afterwards I spent a bit of time in the square and again I've got some bits potted to check. I just wish the night-time temps would hold up - the garden trap hasn't been on for well over a week now and the very cold nights look set to continue until at least the weekend.
Posted by Skev at 21:28

I couldn't suss your plant from the pics, so had to scroll down a bit more to read the text. Upright Chickweed - I've never seen that, it's never even been on my radar, though I have at least heard of it. Wonder where my nearest patch of it would be... Good stuff, hope it warms up for you soon!

Arse. So I'd need to head to Sheffield or north Wales or...Leicester. Typically it's rampant all through the New Forest in Hampshire. I used to go there lots when I lived in Southampton, I've probably walked all over the bloody stuff without realising it, ha!

It's definitely not rampant in Leics. - only three recent sites as far as I know. But next time you're here in mid-April for a double-whammy with that weevil thing, give me a shout! Days are actually getting quite good with a bit of warmth and sunshine, it's just the nights that are cold. When I say cold, I mean nothing like north of Glasgow cold obvs.

Ah yes, the mighty Weevil Thing. Stuff of dreams, that is....