I must not fear.

Fear is the mind killer.

If you don't recognise the quote, it's likely you've never bothered to watch the epic and weird 1984 film Dune, directed by the equally weird and epic David Lynch. Based on the novel by Frank Herbert, it tells the story of a dystopian future where universal power and control is afforded to whoever controls the planet Arrakis (also known as Dune) and the mining for the drug Melange (also known as spice) that is necessary for space travel and is therefore the most valuable commodity in the universe. 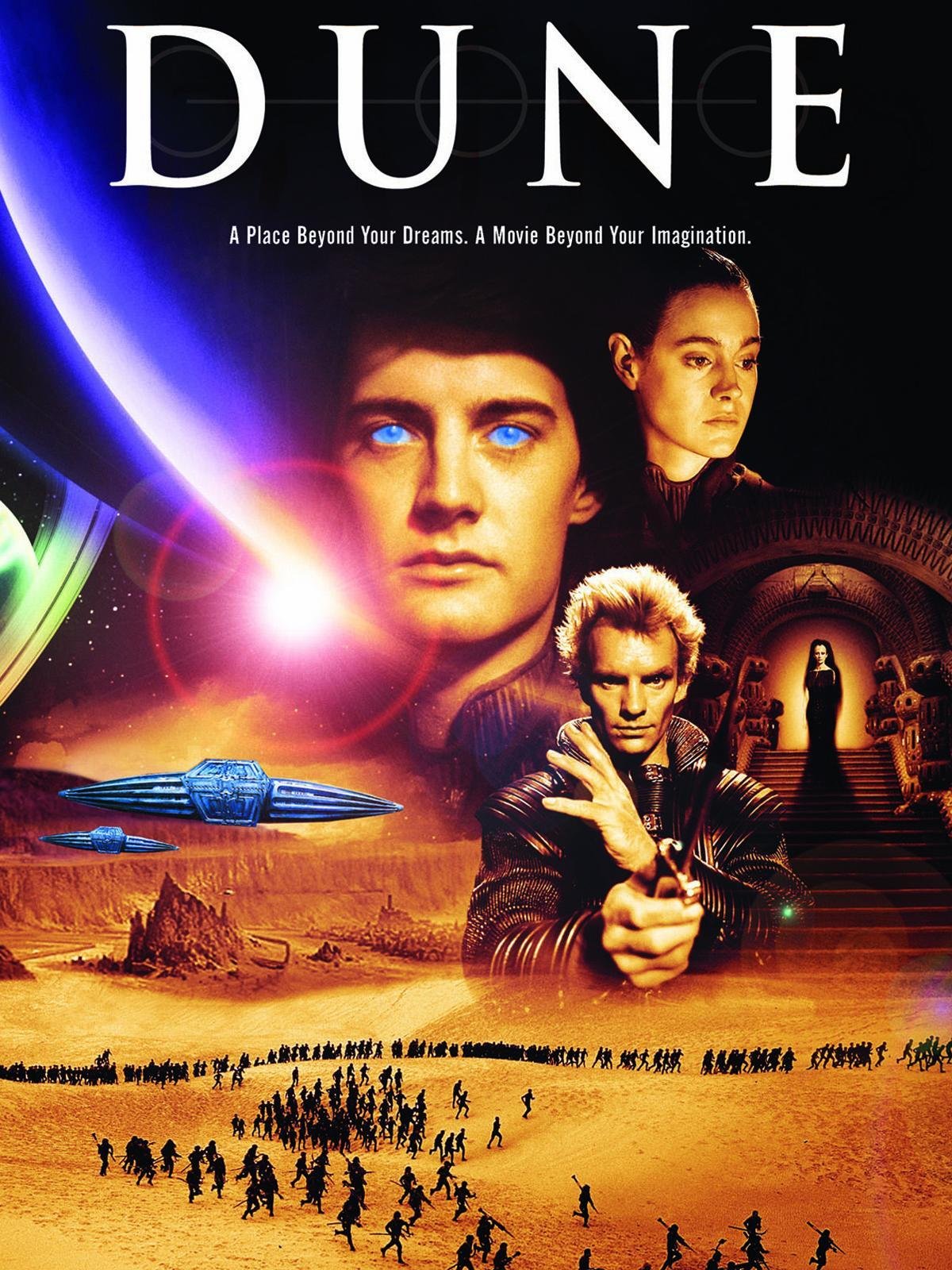 As seems to happen to a lot these days it has had a remake. The new film version was meant to be released last year but as with many new films got deferred thanks to Covid. It's now scheduled for an autumn 2021 release. And like a lot of fans of the original film, I am eager to see it but with a sense of fear. The original was a more than decent attempt to fit a massive novel into one film, albeit with effects and visuals that are clearly of their time and look a bit lame now. The new film is meant to be the first of two - director Denis Villeneuve would only agree to a deal on that basis to do the novel justice. If he's done as good a job as he did with Bladerunner 2049 then Dune should be stunning.
I look forward to seeing the sandworms, weirding modules and the Baron Harkonnen on a big screen.
Posted by Skev at 23:36

Have never managed to get through the book. Always defeated about half way through