It's been a busy week with naff weather. So nothing doing really, though the sun shone for a few minutes today whilst I pottered around the garden with the camera, and I nearly got myself a new hoverfly. Well in most respects I have, it's just that I don't know which one ...... 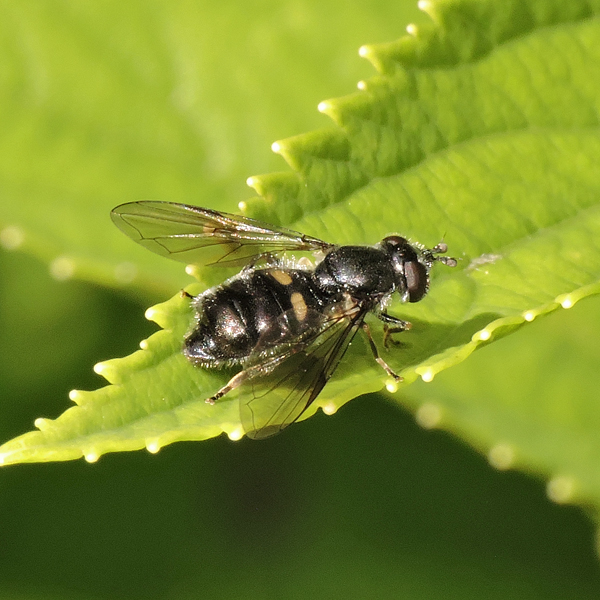 I hadn't even clicked that it was a hoverfly until I pointed the camera on it, but before I could do anything meaningful it buggered off never to be seen again. Anyway, it's a Pipiza sp. and it's a female. It is quite likely Pipiza noctiluca but there are several similar species. Even P. noctiluca is likely to be worked into a number of new species.

I also spotted and snapped another garden visitor that I don't recall seeing here before, and yet again another that can't really be reliably identified from a photo .... 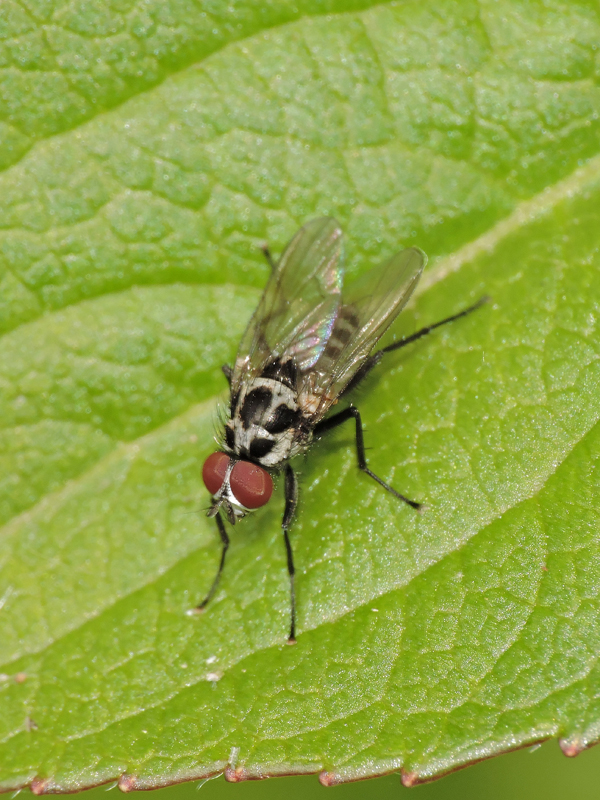 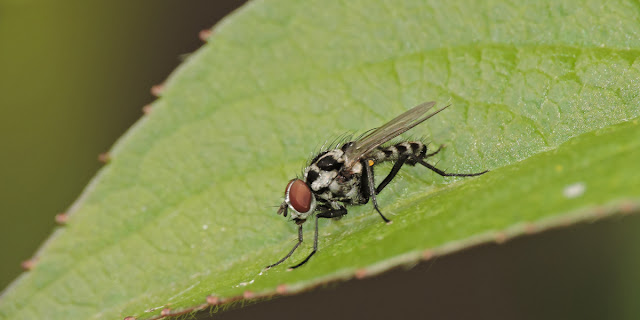 More certain, but less attractive, was this big fat Tree Bumblebee on my alliums 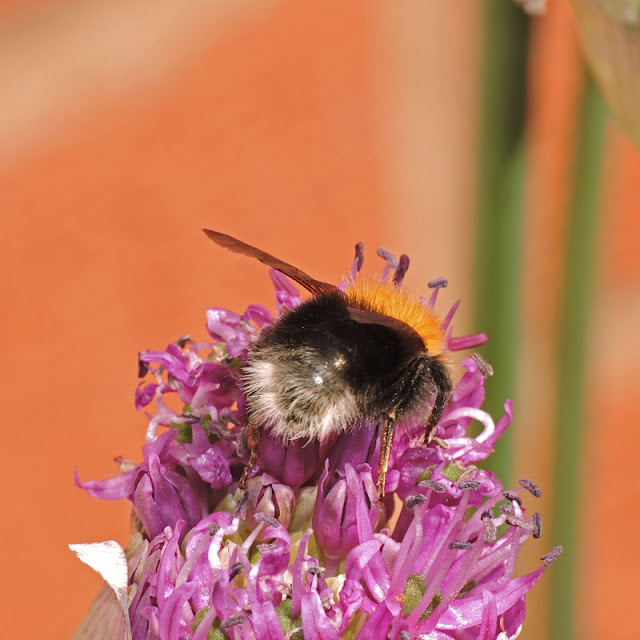