This morning I headed back over to Burrow Wood, the great bluebell wood near to Charnwood Lodge. I had only one intention, and that was to sweep through the bluebells in a very single-minded fashion trying to record a nice moth. I scored! 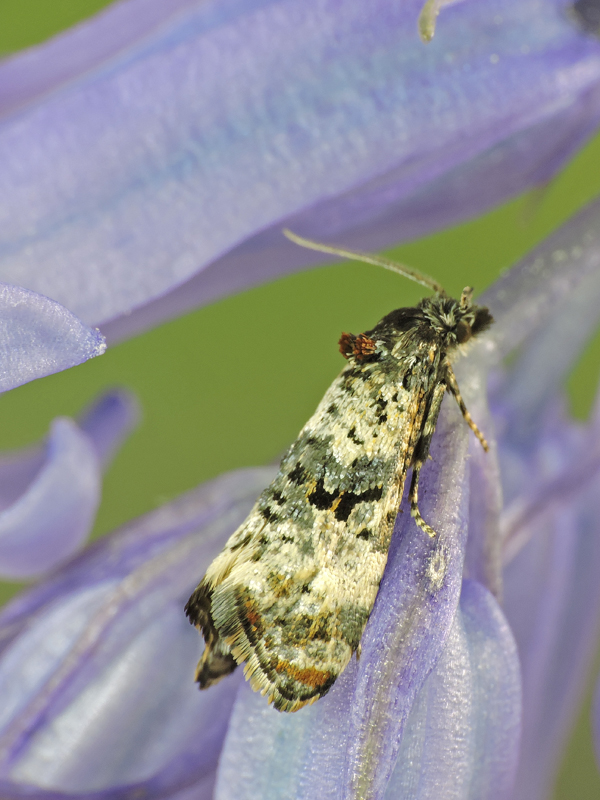 I was lucky to pick one up after only three or four sweeps, but I then spent well over an hour sweeping through the wood - albeit sticking to the path - before I got another. On the way out of the wood I then netted another two in flight around bluebells in an open sunny glade. With only two previous records for VC55, both of singles, it's good to add another dot to the map. And another moth on my list!

The time spent sweeping bluebells was, though, amazingly productive. On every sweep there were masses of click beetles, loads of Phyllobius type weevils and a load of 'acorn' weevils, along with quite a few micro larvae (Eana incanana?) and a few macro larvae (??) and plenty of other bugs and beetles. It's not like there was lots of tall vegetation around the bluebells - this was all stuff actually on the bluebells.

I've potted a few clicks to try and check out, but I avoided most of the Phyllobius-type weevils apart from a small golden-green one and a couple that were brown and variegated. Turned out to be a good move as both were new for me! 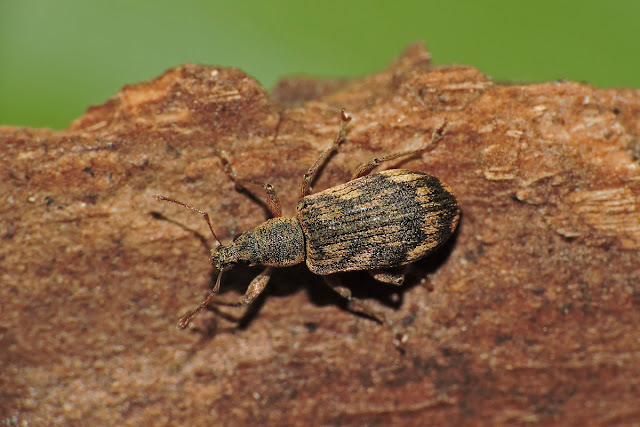 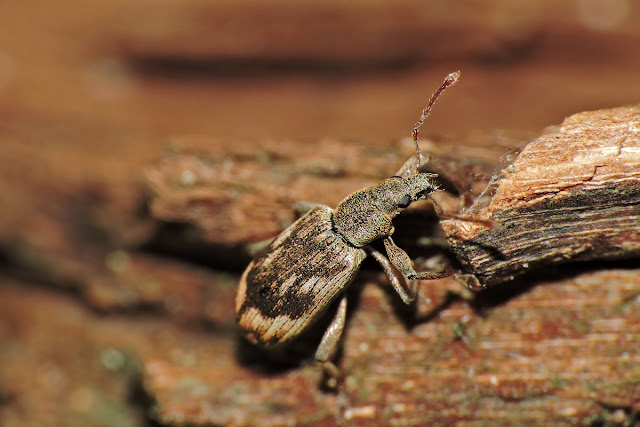 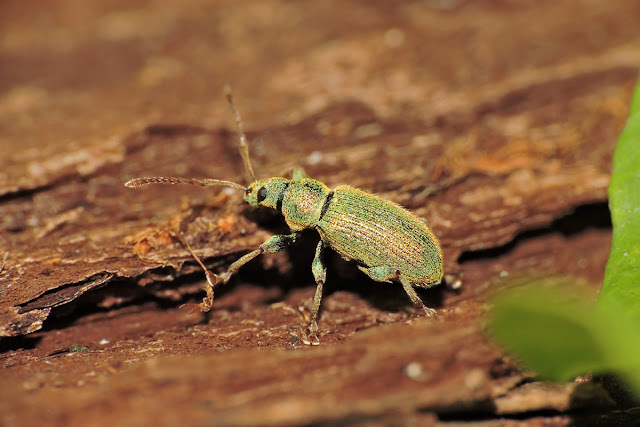 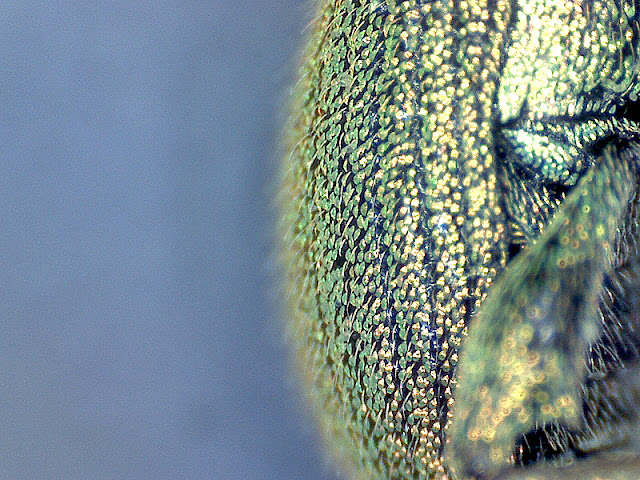 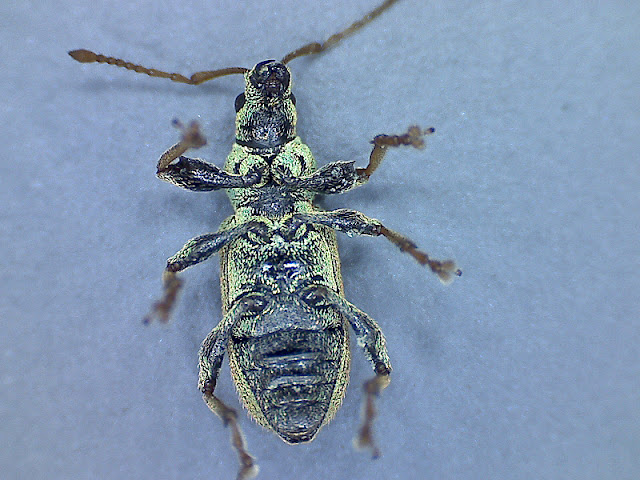 I also had a plant tick in the wood. Whilst sweeping about I noticed these small yellow flowers, which I've worked out are ... 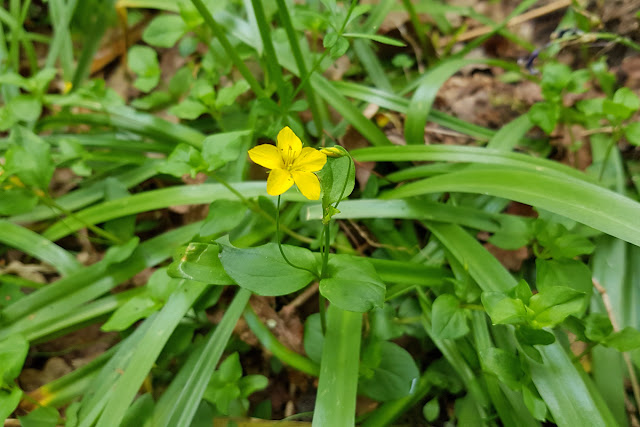 I potted up a couple of acorn weevils, and confirmed both species were as expected .. 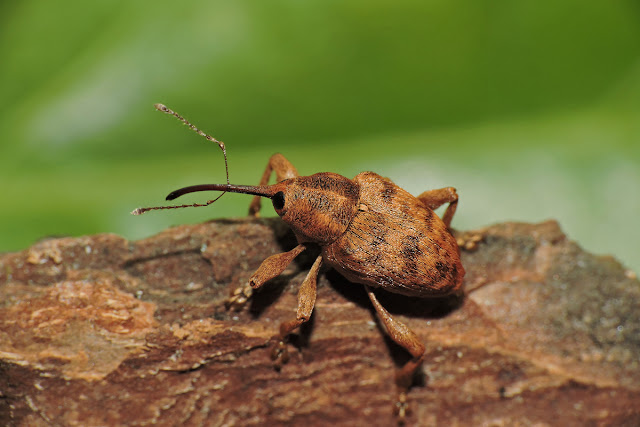 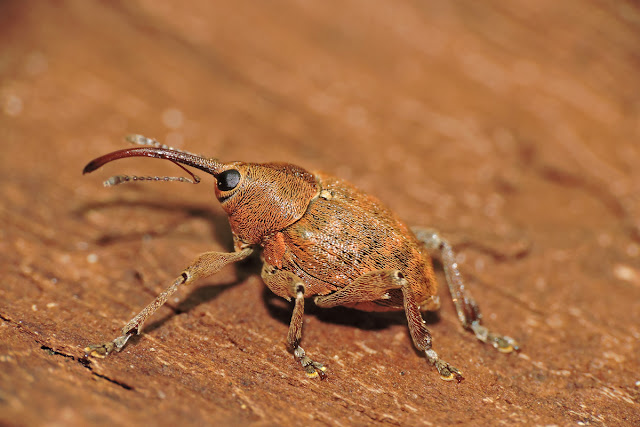 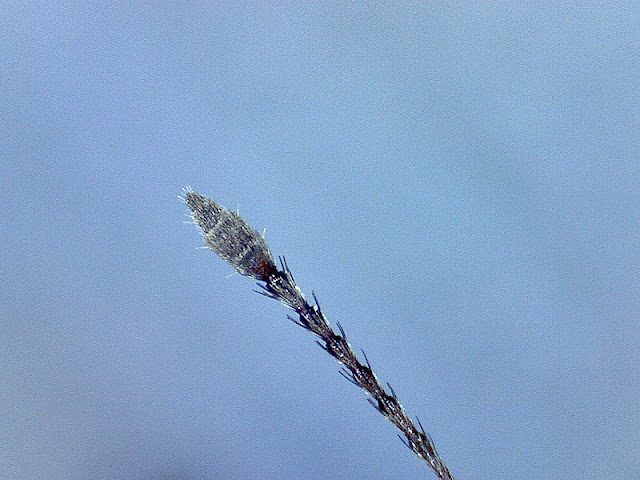 Showing the antennal club of Curculio glandium - narrow and tapered

Also in the wood was this stiltbug, which I actually found sitting out on hazel. 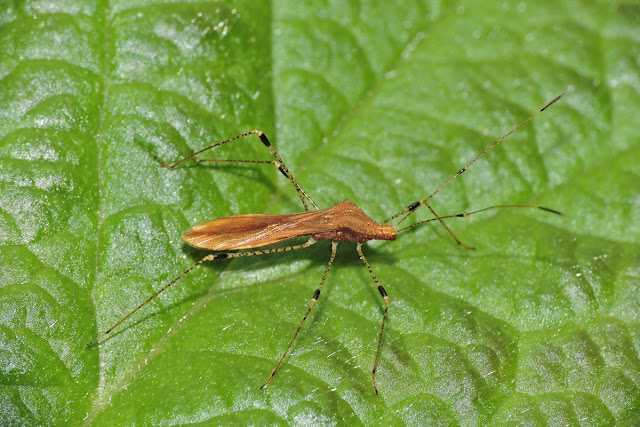 The other tick today was a garden hoverfly - Baccha elongata - and to be honest I think I've seen it here before but not logged it. No photo though, hopefully another one will come along when I am avec camera.

I have a few other bits but they'll wait so I don't overload this post, but before I get back to the microscopes and literature here's one especially for Seth Gibson: I don't even have to look for Scarce Fungus Weevil any more, this one landed on me whilst walking down the lane to the farm shop this afternoon! 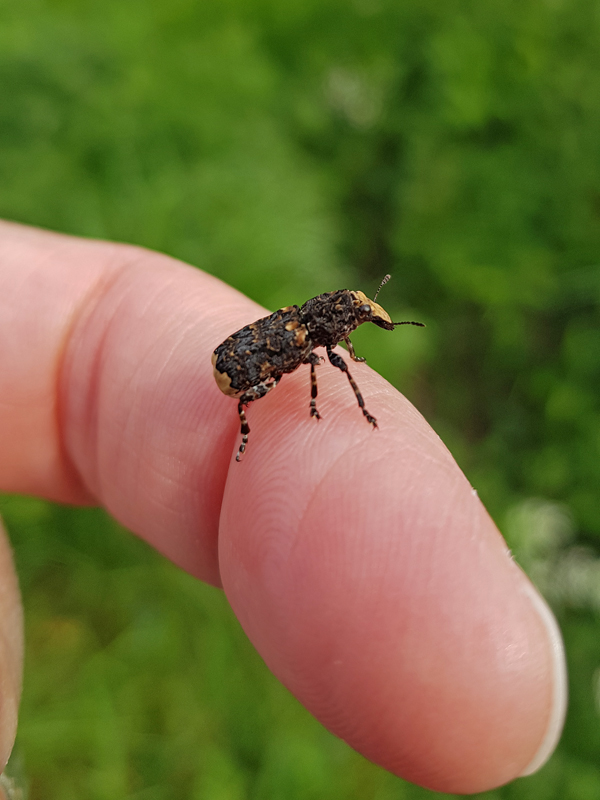 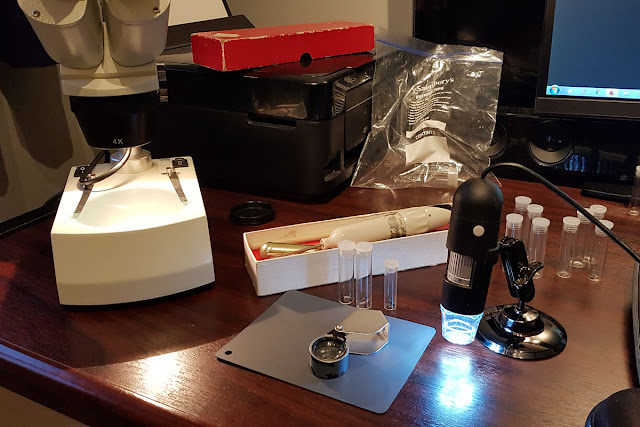 I was loving this post - right until I saw my name in print and correctly guessed what was coming next...THAT feckin beast! Presumably you don't need the various Bluebell-specific microfungi? Cracking pics, buddy. You take far better down the microscope pics than I can. BTW - haven't had a five-tick day since...ooooh...yesterday! :)

Knew you would appreciate it Seth ;-)

The 'scope pics are with that USB job, low res but better than anything I'd can get through the 'real' microscope. One day I might splash out on something proper, when I've got more time to actually use it. Our VC beetle recorder gets some amazing shots with his set-up, using stacking software.

As for five-tick plus days, I'd have a lot more if I got out more, out for longer and/or out with someone that actually know what they are doing .....