I managed to nip over to Huncote Embankment yesterday for a very pleasant and leisurely morning, beating the living whatsit out of hawthorn, oak and hazel and sweeping grasses and vegetation. I found quite a few nice but common beetles, bugs and moths, plus a load of larvae that I'm feeding up a bit before trying to ID. However top billing goes to a very dull brown groundbug. 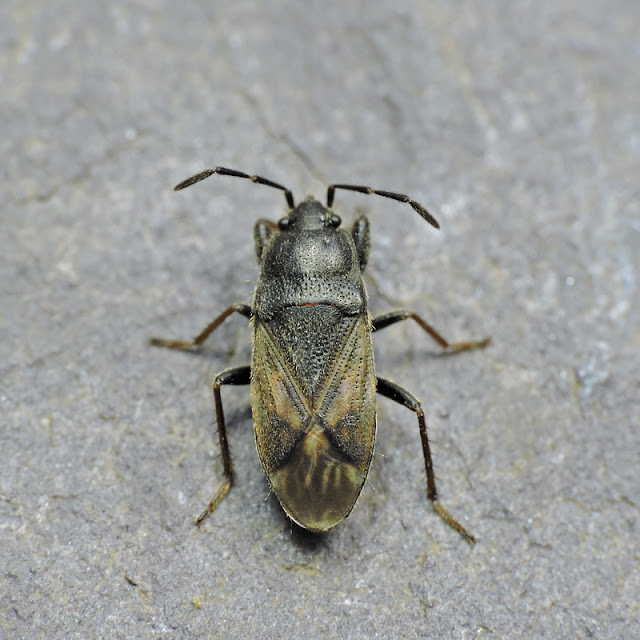 Note the pale tibia, hairy and coursely punctured pronotum - especially on the posterior. Also note the large and obvious protruding corners of the pronotum on the hind margin. What you can't notice is the large single spine on the underside of the front femora, with a few much smaller and less obvious spines. Not without looking anyway. 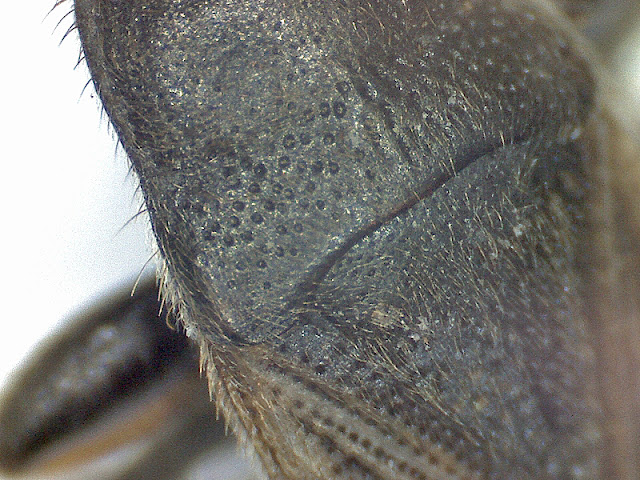 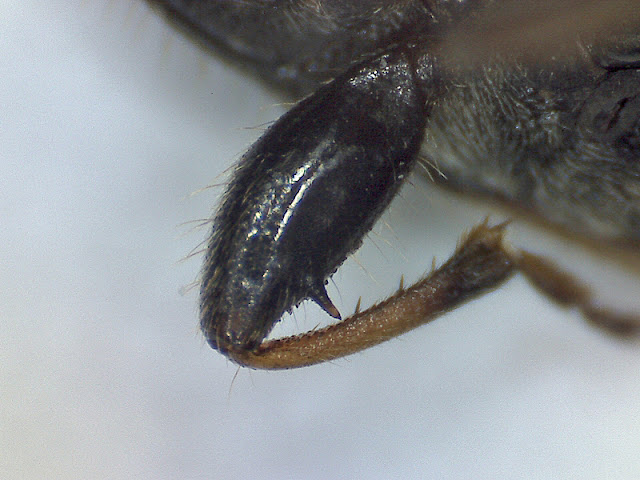 I also had a weevil tick, Ceutorhynchus obstrictus, but that was too small and mobile for me to get a shot. Unlike this round motionless blob which was the least common ladybird that plopped out of the many beaten hawthorns .... 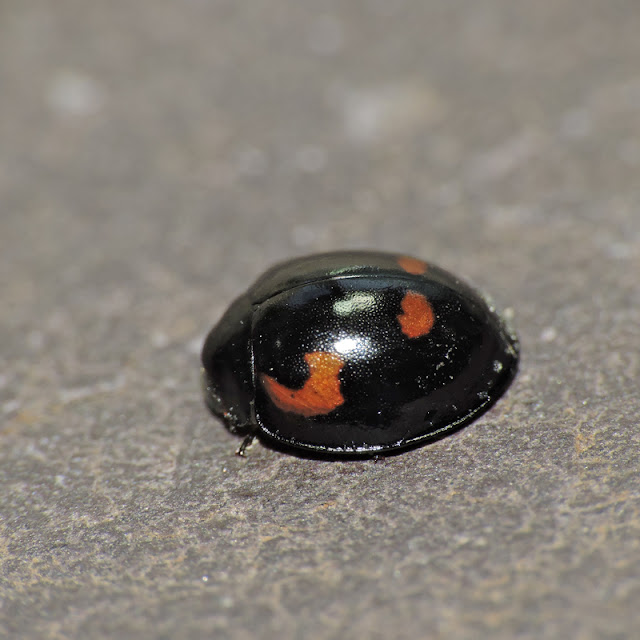 The garden trap was a little busier last night, though the biggest excitement came when I turned an egg tray and just about jumped out of my skin as I'd just about poked a massive female Hornet. Hornets are regular and just about bearable 'mothing villains' (another old thread) if you're trapping in decent woodland or other suitable habitat where you might expect the odd one. I have had a couple of occasions where a trap was fizzing with masses of them which is quite scary. But, in 20 years of garden trapping this is the first one here - and I hope it's not a forbearer of more regular visits! 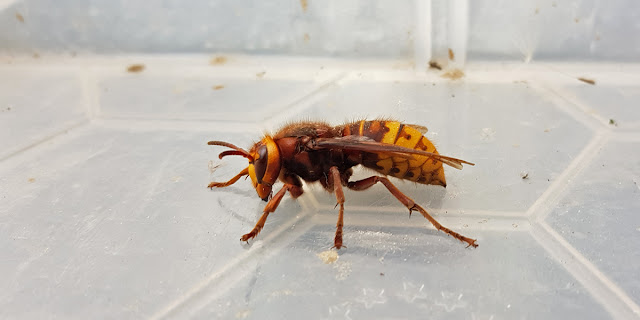 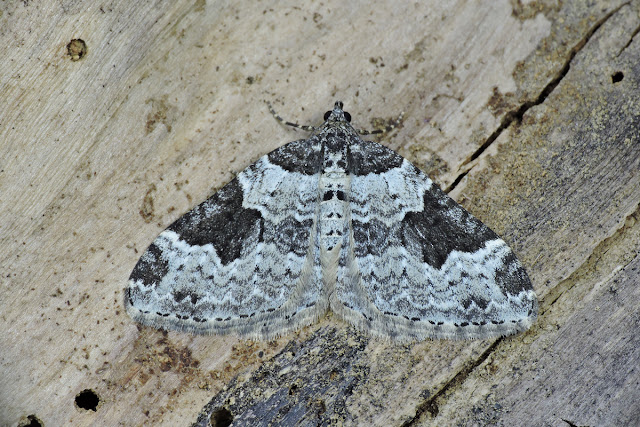 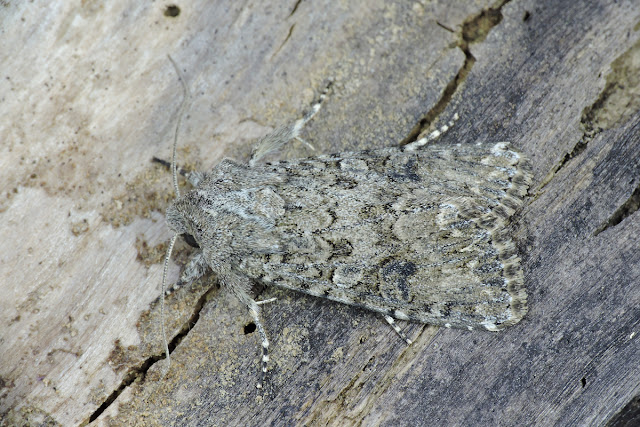 Nutmeg - a much browner individual than I usually see. I think. I may have forgotten. 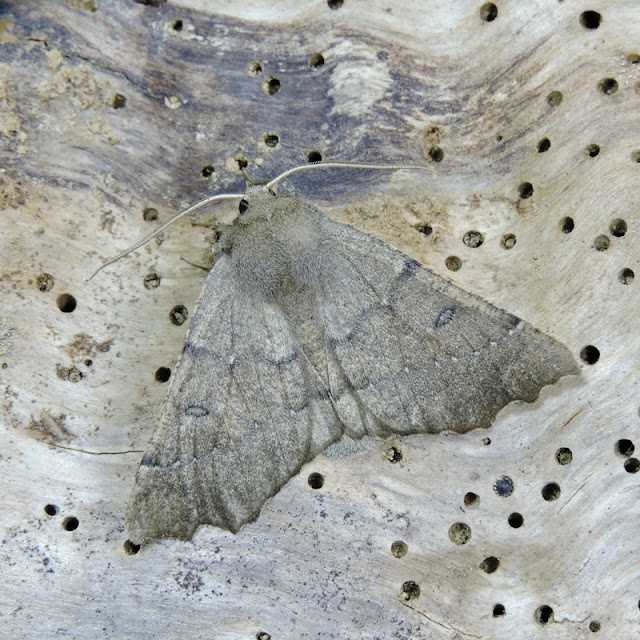 Scalloped Hazel
Posted by Skev at 22:38