Nipped to Thornton Res. after work yesterday. The Little Owls were again on show as can be clearly seen from this pathetic image. 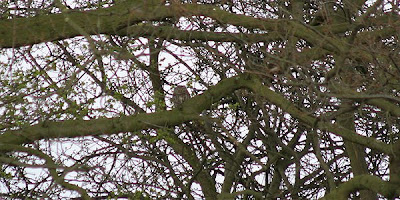 The round knobbly thing on a branch.

The wagtail field was also busy again. Initially I found 3 Yellow Wagtails and 2 White Wagtails amongst the Pieds. Jim Graham turned up and after another search the Yellow Wagtail count was up to 4.They were still a little too far for proper photos, but a bit closer than last week. Unfortunately the White Wagtails were always distant. 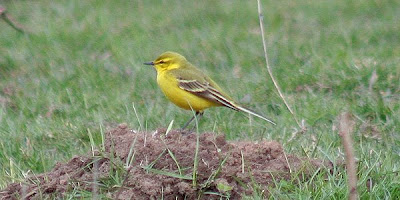 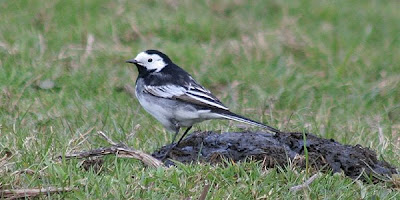 Pied Wagtail on pile of shit.

After a walk along the waterside failed to produce anything else of interest, I re-checked the field on the way back and there was now 5 Yellow Wagtails and 3 White Wagtails. The hirundines started to appear as the late afternoon turned to evening, but still no House Martins for me.

On the way home I dropped into Grove Park to have another look at a pair of Little Ringed Plovers that appear to be attempting one last effort before the site is completely built over. 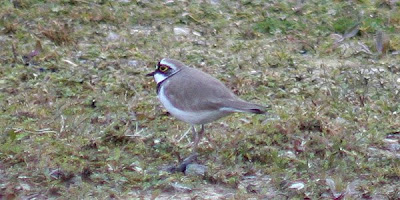