Following a texted tip-off, I met up with John after work at Thornton Res. After a quick look at the resident Little Owls, we carried on down the track to look over the cow pastures along with Thornton regular Andy Smith. Unfortunately the threatened showers started at this point, but they soon cleared to nice bright sunshine for a while.
Milling about the molehills and cowpats, apart from loads of Pied Wagtails (guess c25), there was at least one male White Wagtail and a spanking male Yellow Wagtail which is what we were looking for. Really smart bright bird. Sadly it was always a little too distant for anything other than a crap record shot for me, as were the Pieds. 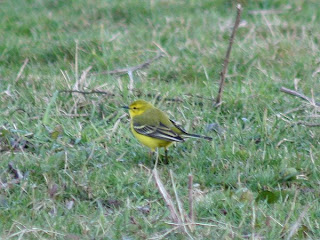 This pants photo doesn't do the bird justice. 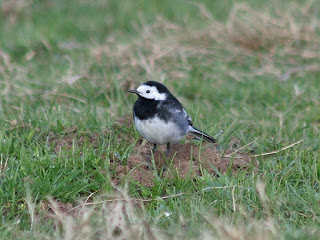 There were plenty of Sand Martins and Swallows, but no House Martins. Again, trying to get anything other than a record shot was not possible (too high, too far, too fast, me being too crap etc). 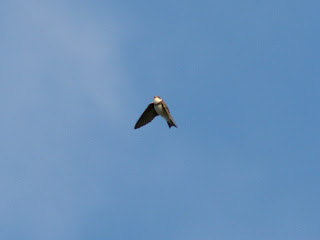 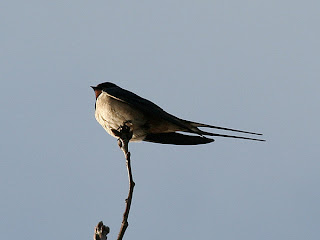 Swallow too high/me too low.

By now John had left but Grayboy had arrived and almost immediately noted the male Brambling that had been seen last week and by John earlier in the day. Managed to grab a few quick shots before it fecked off again. Not sure what it had in/round its bill. 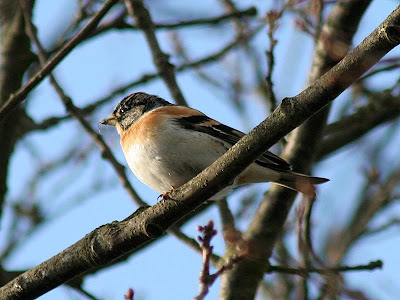 There were lots of calves in the wagtail field: 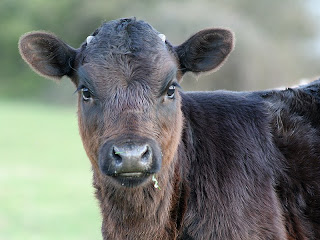 I'll have to look at my photos again but I'm sure my bird earlier had more black showing through on the head. Wouldn't swear on it though.