Had a rough few days doing nowt, although my part-rejuvenation has coincided with the weather briefly perking up so perhaps I will get out tomorrow. In the meantime, any action has been indoors.

Last year I found a sawfly larva in the garden that I'd have to try and rear through to confirm which species - Abia lonicera or Abia aenea. Remarkably it survived despite being mistreated for prolonged periods and a spell of very cold weather whilst any larvae and pupae I had were in the shed, and it emerged on Friday 26/03/2021 after being transferred to a newly acquired rearing cage. I was hoping that would be enough, but sadly not - it appears that the adults are not readily separable either and it's going to have to be pinned and scrutinised more closely to confirm (by absence/presence of microsculpture on mesosternum). There is also a subjective antennal character which I can't make head or arseholes of. It is far more likely to be Abia lonicera; that was apparently new to VC55 in 2018 and there are a number of subsequent records although it's not clear that any have been properly scrutinised. There are apparently no records of Abia aenea for VC55. 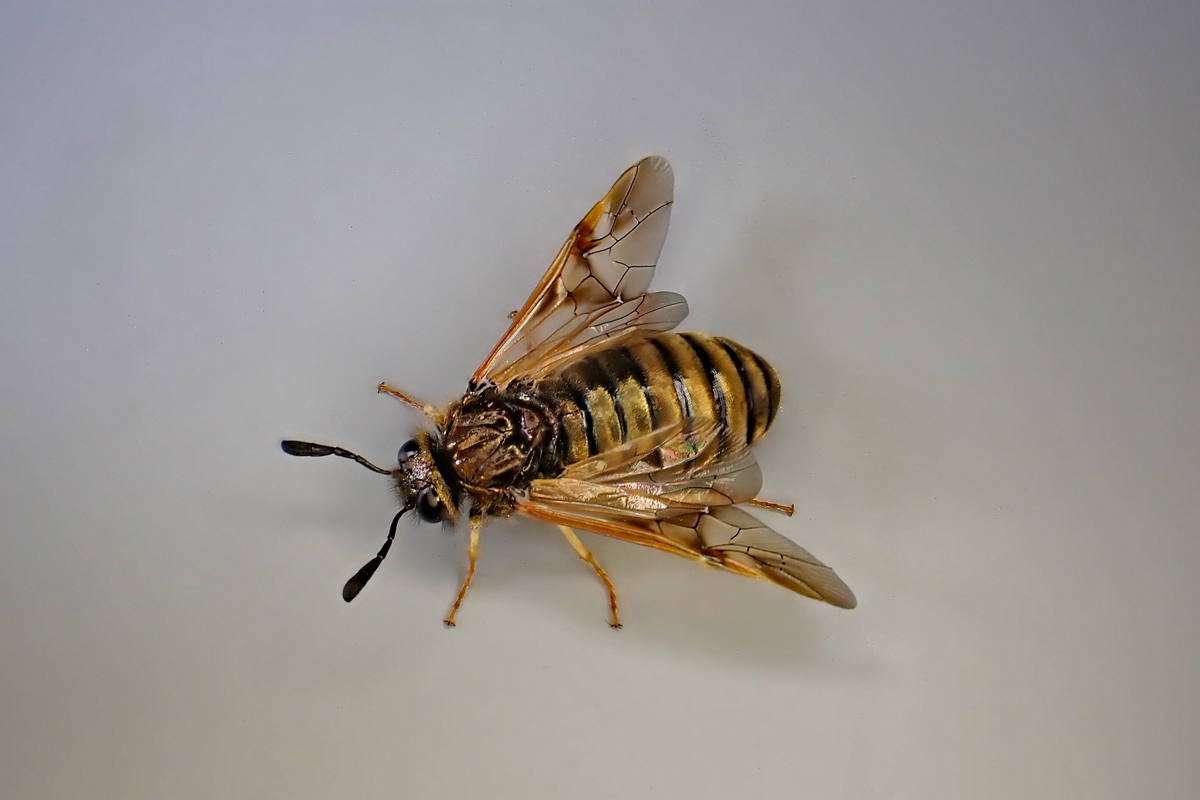 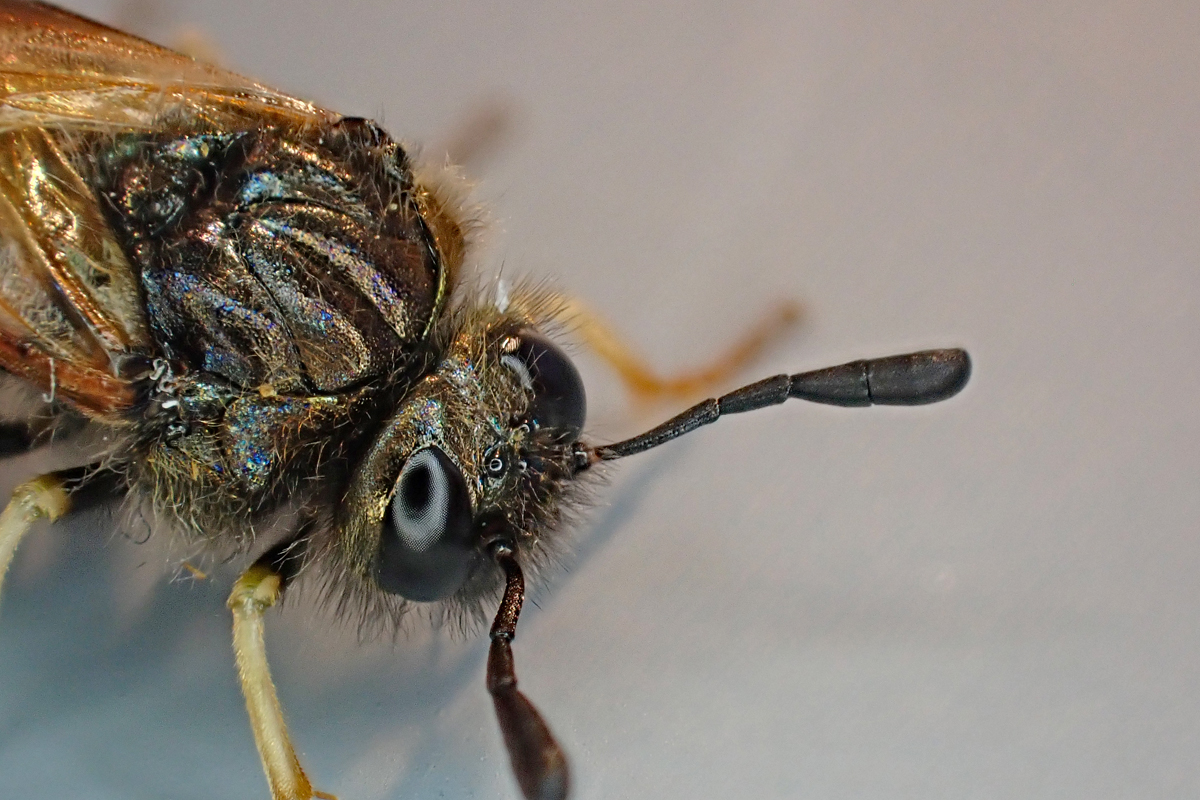 It's a funky fat sawfly either way. I fully expect that there will be more of these, whichever species, on the front garden Lycestria bush in due course.
Today whilst on a work phone call, I spotted what appeared to be a small micromoth on the inside of the office window, although the window was wide open at the time. I managed to deftly pot it one handed whilst continuing the call. It was only later when I looked at it with an eyeglass that I realised it was one spanking looking micro, though off the top of my head I wasn't sure which one. After a bit of literature trawling I realised it was mint-fresh and out of season Chrysoesthia drurella, at which point my elation turned to nagging doubt. You'll recall I found and collected some mines last year, but I thought the larvae had all died after leaving the mines. And anyway, how could one be on the window if it was supposed to be in my rearing box (which had long since been re-purposed for the Ctesias serra larvae I'm trying to rear). The mystery and doubt would have endured forever had I not casually looked at the said rearing box and noted something flitting about in it - yes of course, another Chrysoesthia drurella. So not new for me or the garden, though good to see an adult. I had a quick effort with the TG-6, not happy but better than nothing. Anything shot with this really has to be absolutely still to get the best in-camera stacking results. 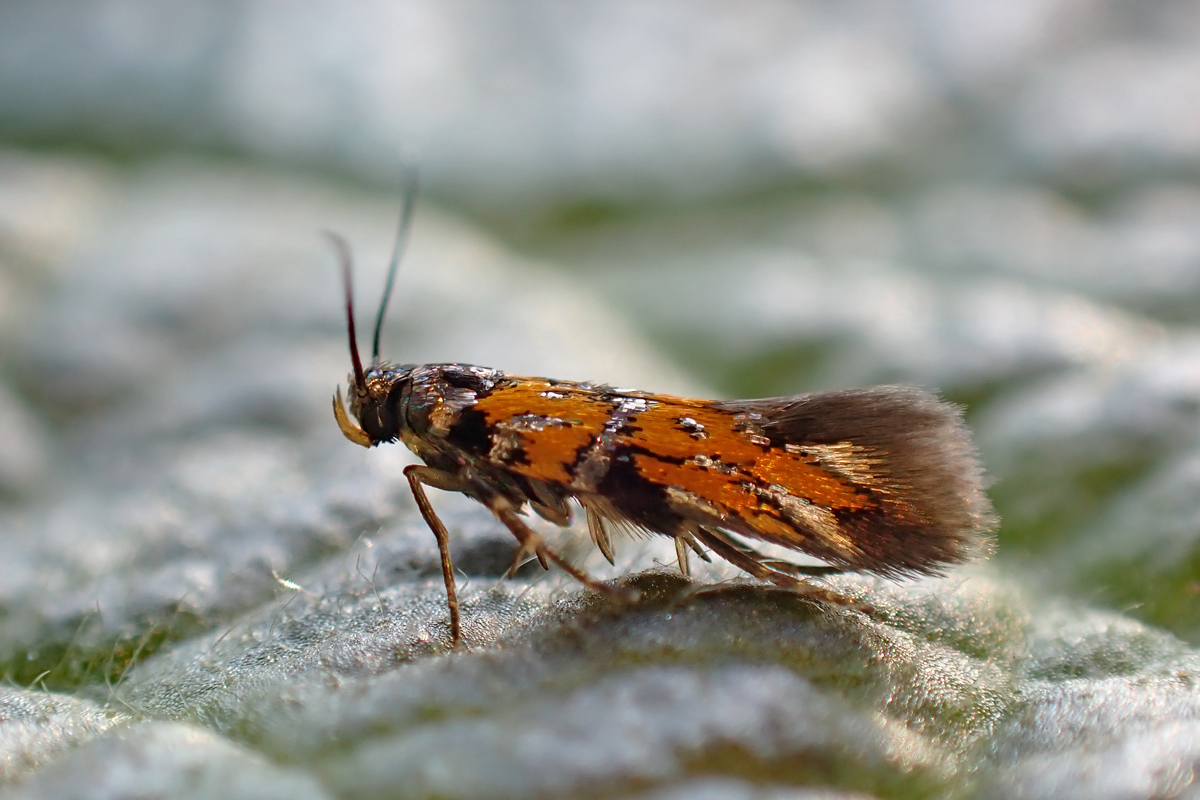 The moth trap is out tonight for the first time since Thursday; low expectations as today has been unseasonably warm and tonight will be seasonably cold. With a breeze.
Tomorrow I am expecting delivery of a couple of tortrix pheromone lures; there has been a National epiphany this year with many records of multiple Pammene giganteana to various lures for other tortrix spp. - turning it from an absent/rare species to apparently common in the process. I've ordered lures for Grapholita lobarzweskii and Grapholita molesta. Perhaps I can add Pammene giganteana to the square list by hanging a lure off of the two biggest oaks, and re-record G. lobarzweskii later in the year.
Posted by Skev at 20:35

We'll see - not exactly a lot of oak woodland south of the City.

Looks like it could be absent/thin on the ground up your way Stewart.


I left my garden SKI lure-trap to fend for itself today, whilst I undertook a little 'local' fieldwork and returned to find 10x Pammene giganteana inside the trap.

Got some nice views of Dartford Warbler, too.
;-)

I hope the warbler was very non-local!


It was staying quite local to the clump of gorse it was hiding behind !
Not sure, but might have seen a Goshawk, too.
Acanthopsyche atra was the day's 'target' and highlight - Casta-saurus Rex !!