Yesterday late afternoon I dropped into Jubilee Park on my way back from shopping at Fosse Park. I hoped that arriving later in the day might throw up some movement of birds in/out of the area, and I was not far off right although nothing spectacular. Whilst mooching about a redhead Goosander dropped in, Wigeon were constantly milling about between feeding on the grassy area and dropping into the pool, and several large gulls and cormorants arrived. The pair of Oystercatchers were still around, the Tufteds were up to five, and a number of Greylag Geese were 5MR yearticks. A quick walk around didn't throw up much else, and after a last scan of the pool I was about to head off when local birder Pete Asher popped up. We had a good natter, during the course of which the pair of Oystercatchers departed, a Chiffchaff flew across and into bushes behind us and - at last - two Kingfishers flew past over the field, short-cutting the path of the river. 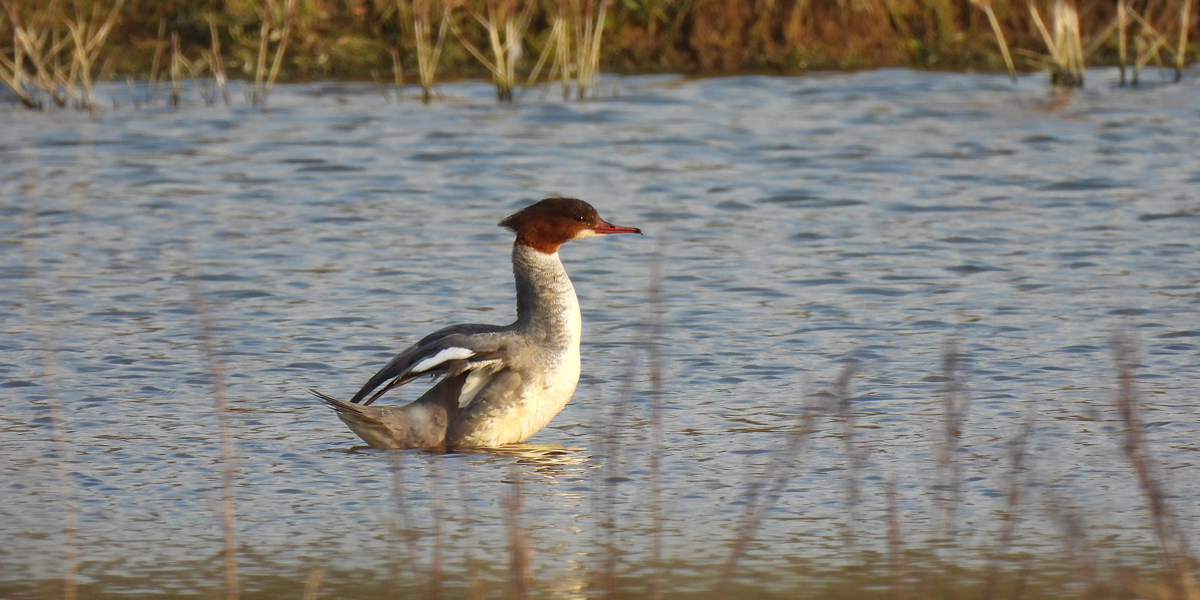 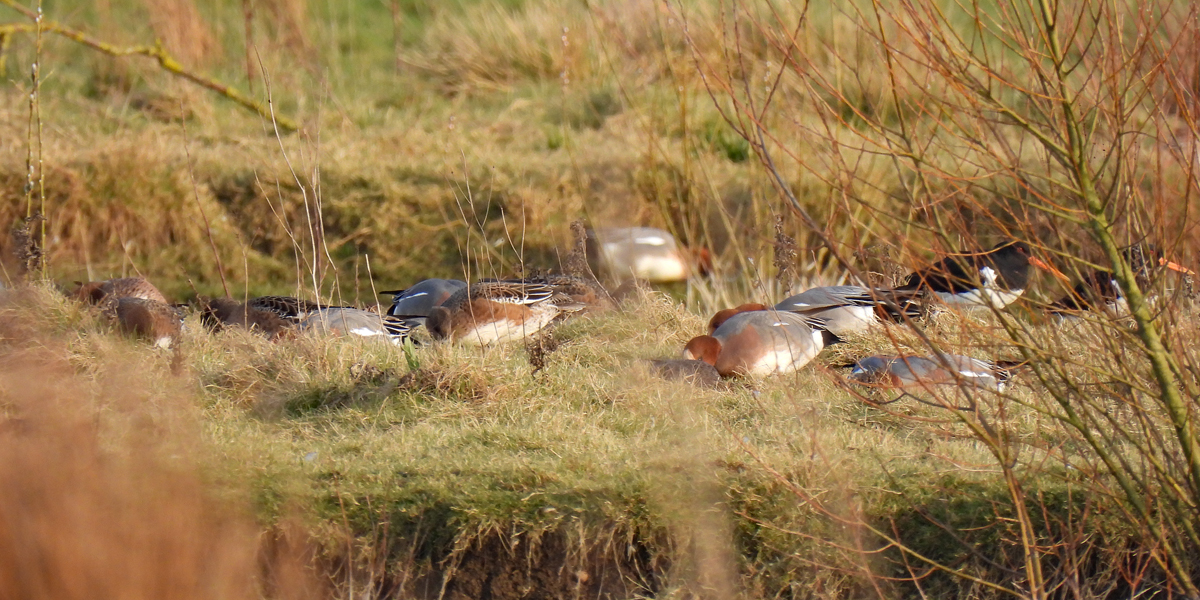 I also had a quick look at the balancing pool at Grove Park which was almost literally devoid of wildfowl save for four pairs of Mallards and a pair each of Coot and Moorhen. On Friday a quick scan over the flooded fields off of the Guthlaxton Trail yielded some Teal for another patch yeartick. 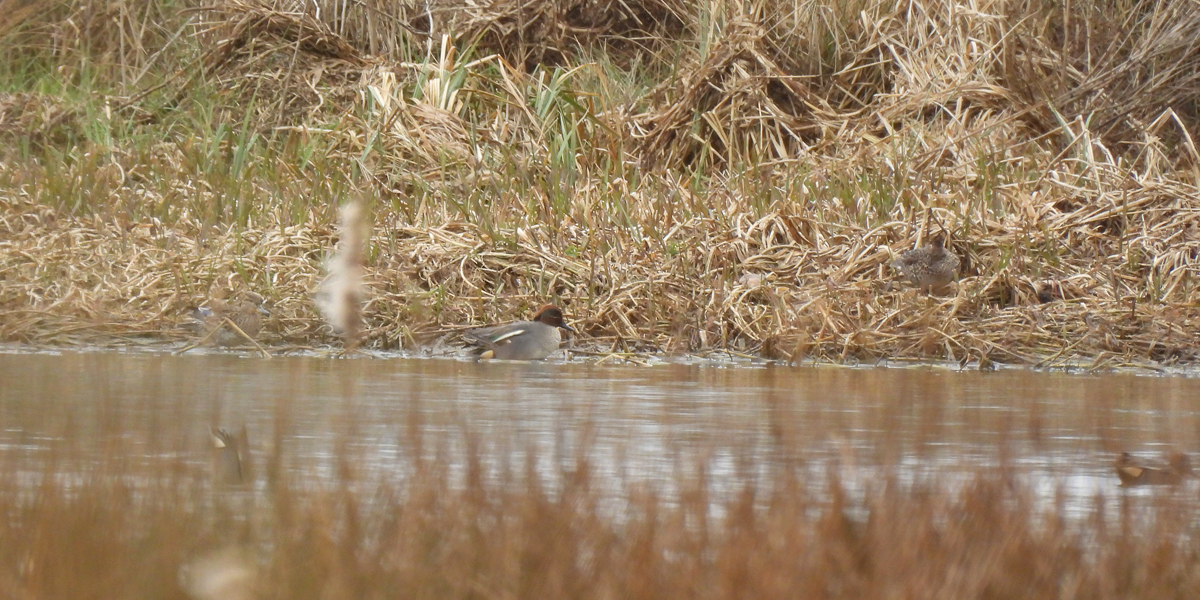 Today I've had Goldcrest calling and moving through the embankment adjacent to the garden, and a few more spring insects have popped up including Tree Bumblebee, Peacock butterfly and Common Wasp.
Moths over the last couple of nights have included both Chestnut and Dark Chestnut - nether in their finest livery .... 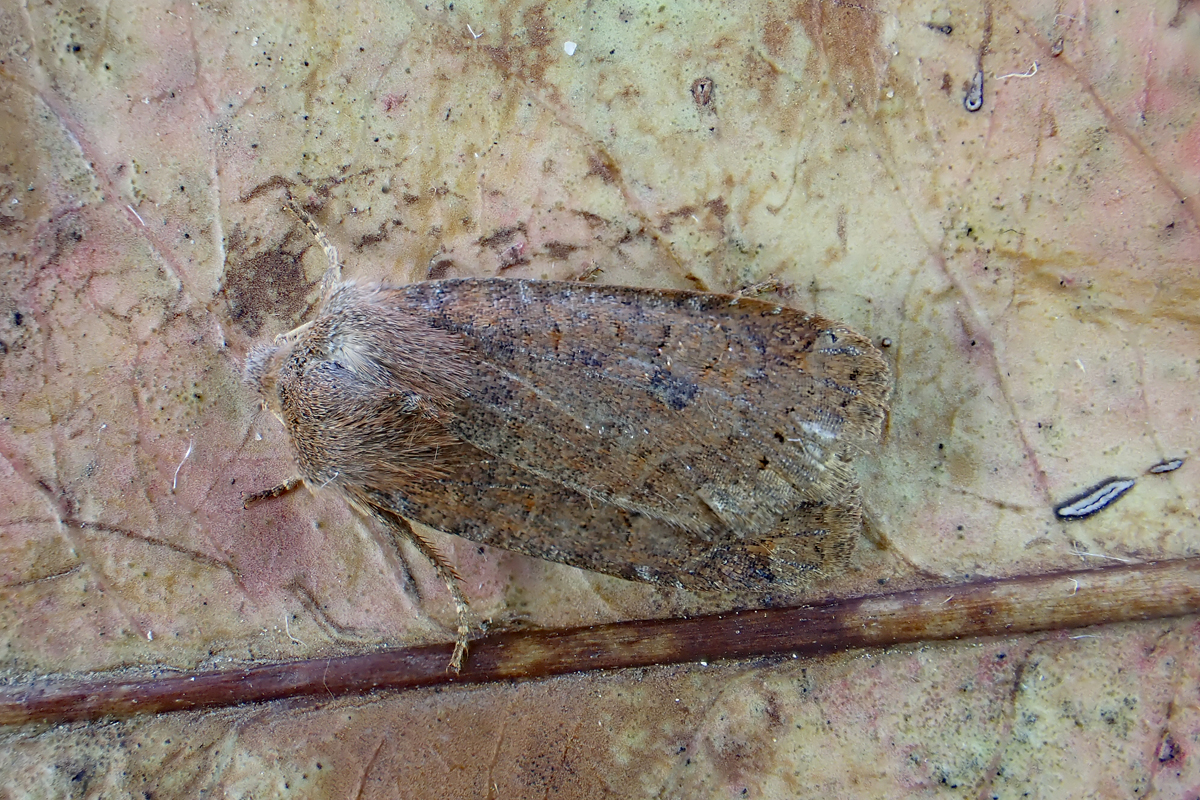 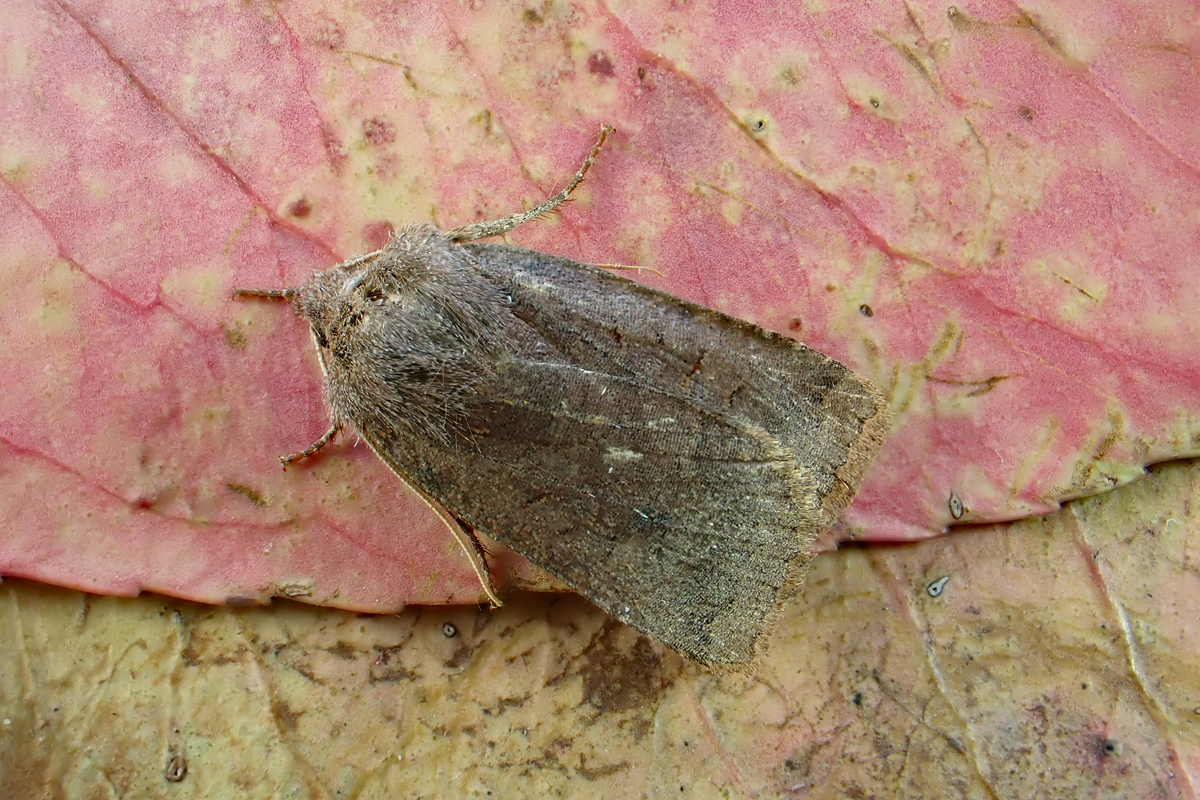 This afternoon I headed for a quick walk along the lane and carried onto Whetstone Gorse Lane. I just had my bins, sadly, as once I'd got to the area that is (mis)managed for Pheasant shoots I could hear someone yelling at their dogs. Sure enough, after loitering for a while, a pair of typical Cuntry folk appeared some way behind their trio of small terriers: one of which was completely loose and two were tethered together but free to drag each other along. They appeared to be being used illegally, as evidenced by a Muntjac bounding away from the tethered pair only to be chased avidly by the lone dog. As far as I understand, a single terrier may be used by gamekeepers on shooting estates to eg force a fox out of a hole to enable it to be shot; the Hunting Act 2004 doesn't allow anyone to run their trio of terriers through gamebird cover and leave them free to chase and get whatever they can. Neither of the folk were carrying a gun, so no legal shooting of 'pests' disturbed by a lone terrier, let alone three of them. When it was clear that they had little control, I shouted that the dogs seemed more interested in hunting. I expected some sort of comment that there was no hunting going on etc, but the response was bold as brass "that's their job". Cuntry folk eh.
Posted by Skev at 20:46

There's a place and a time for everything buddy. Each to their own, live and let live.

...you seen that film The Purge?

Haven't seen it, but am aware of it. Are you suggesting an opportunity to annually 'cleanse' the Countryside, or just to allocate one day a year when the Cuntry folk can do what they like legally (instead of illegally doing what they like all year round!) 🤔

That fecking robot check is back, making me verify my Homo sapiens status on my own blog whilst I've had a couple of spam comments lately!

I wasn't suggesting anything, I just know you like films :) But yeah, first option. You watched Borders yet?

No not yet, been too busy trying to get 8 or 9 letter words on Countdown ....

Saw her play outdoors in Istanbul. Every bit as good as I'd hoped