Down by The River

Today was dull and cloudy in the main, but I had time and enthusiasm enough to take myself to the river and head out onto the patch at Jubilee Park. The water levels have dropped a lot since the last time I was there, with a big drop from the bank down to the water .... 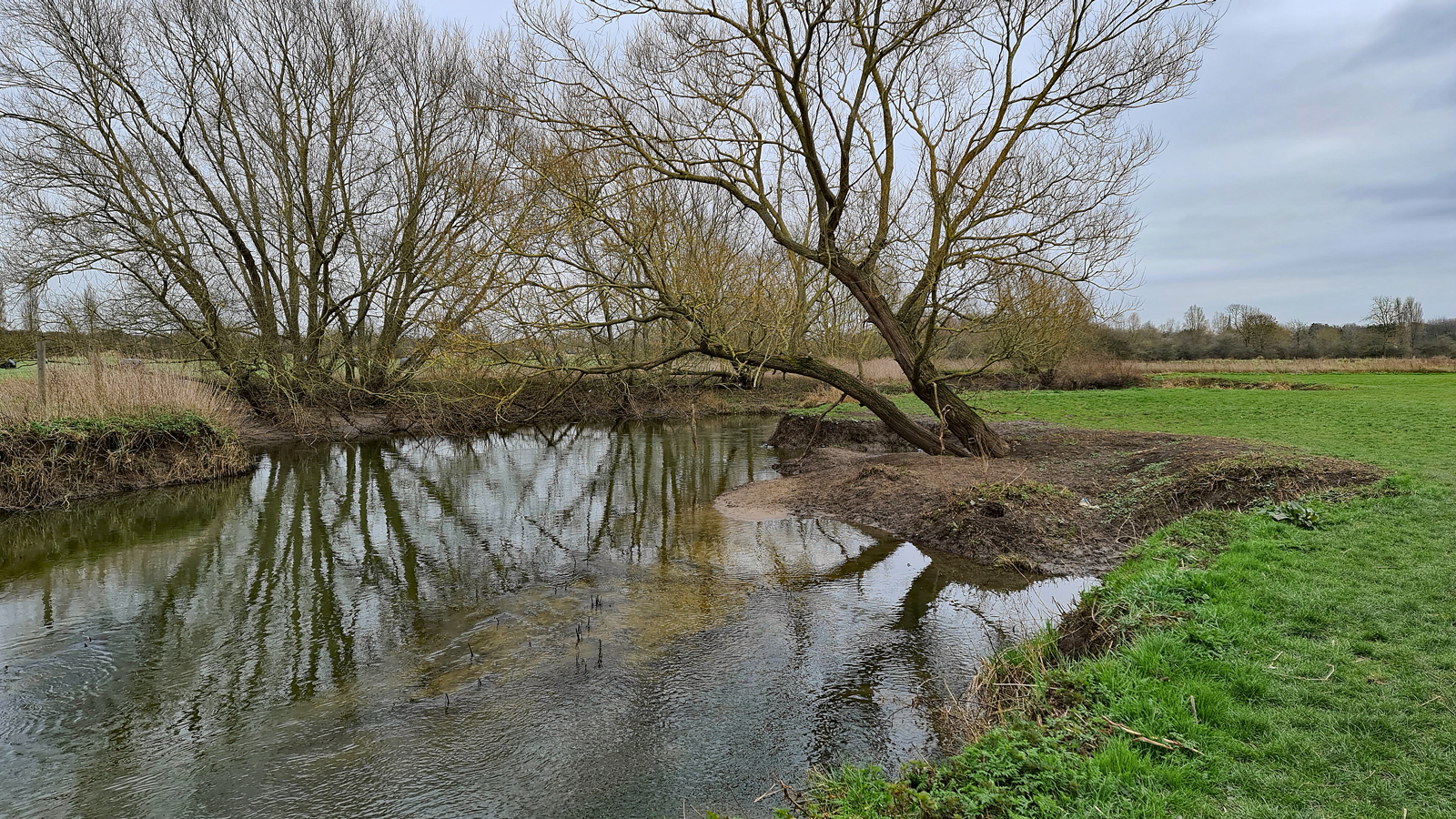 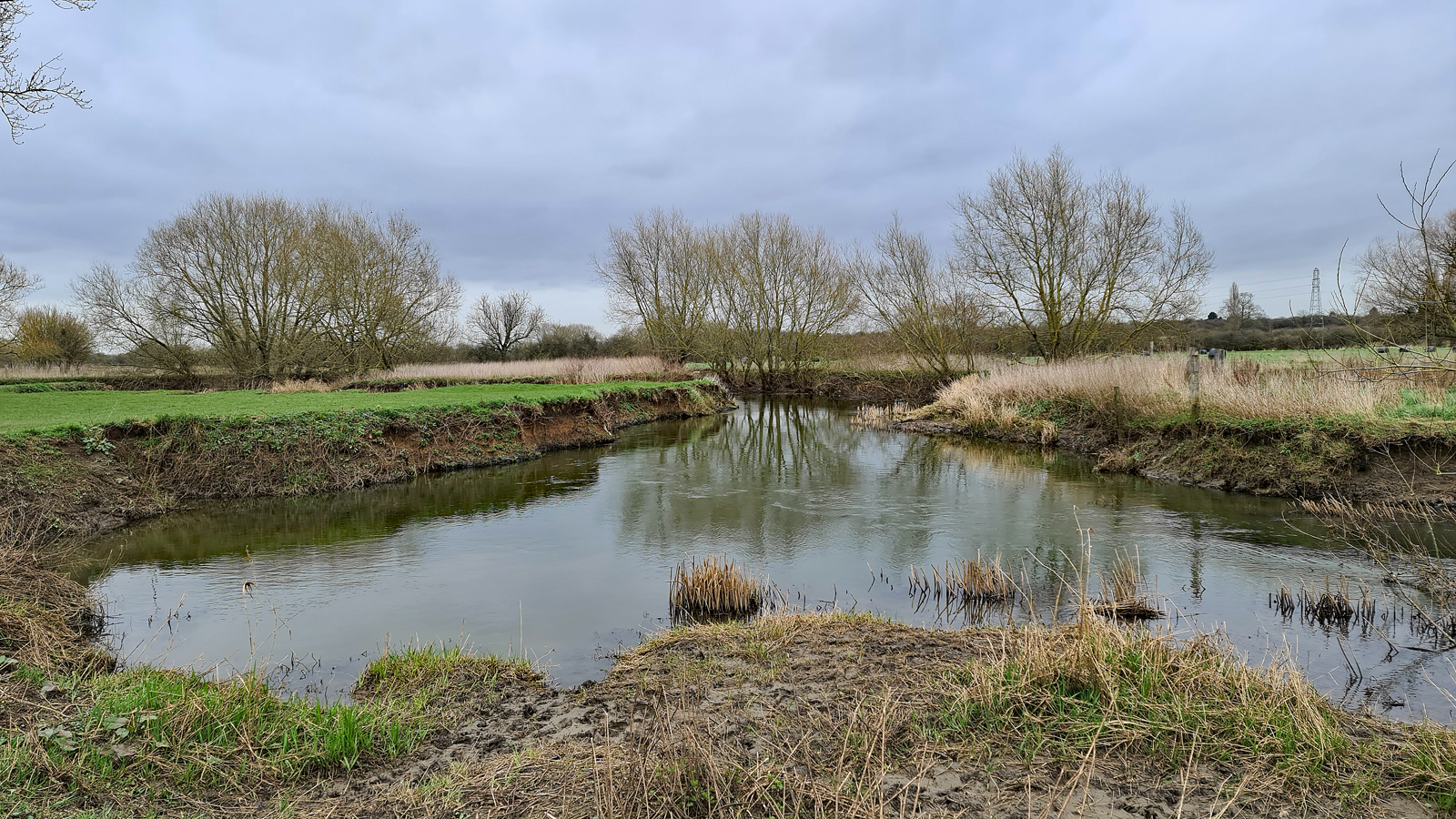 The poor lighting was not ideal for bird photography, especially with everything on full zoom, but I pointed it at a couple of nice 5MR yearticks: 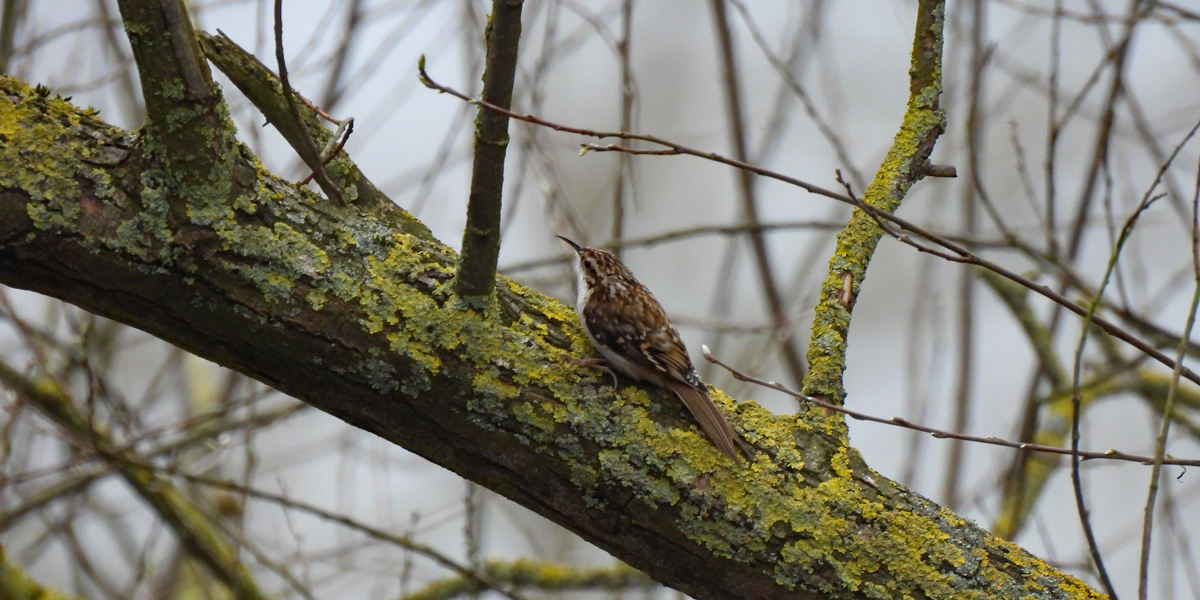 This Treecreeper was constantly active up, down and around a large tree overhanging the river and getting any shot at all was a miracle - this the only one vaguely in focus/still enough to use. A near-silent Chiffchaff was also noted but too obscured by twiggery to bother trying for a snap; no singing, just a couple of pathetic 'hooeet' calls. Best of all though were a pair of these around the pool .... 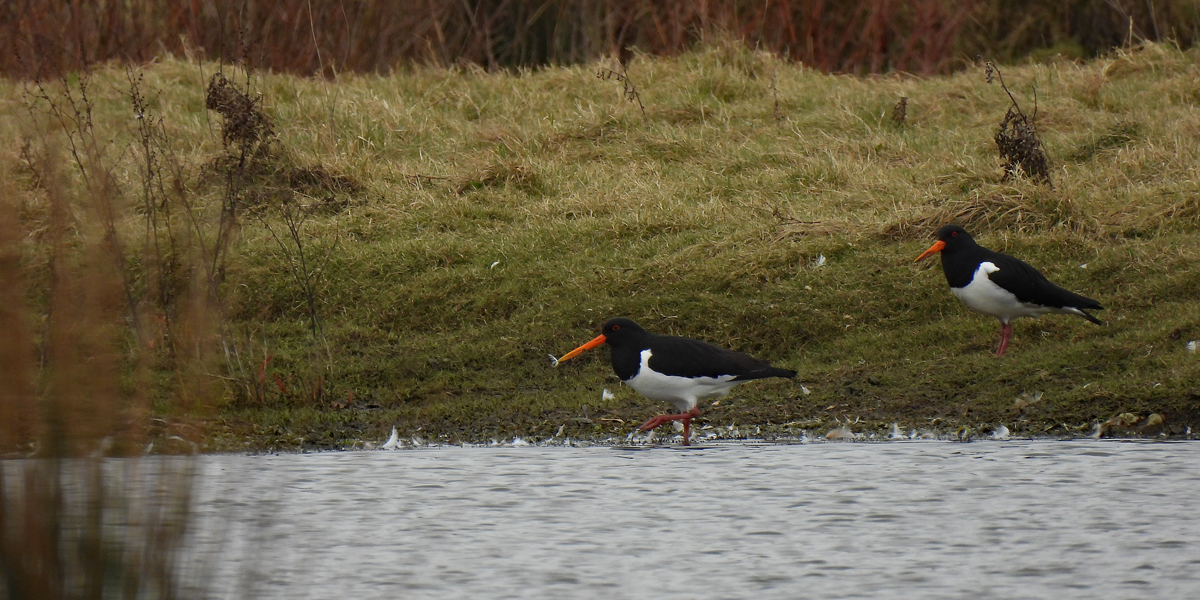 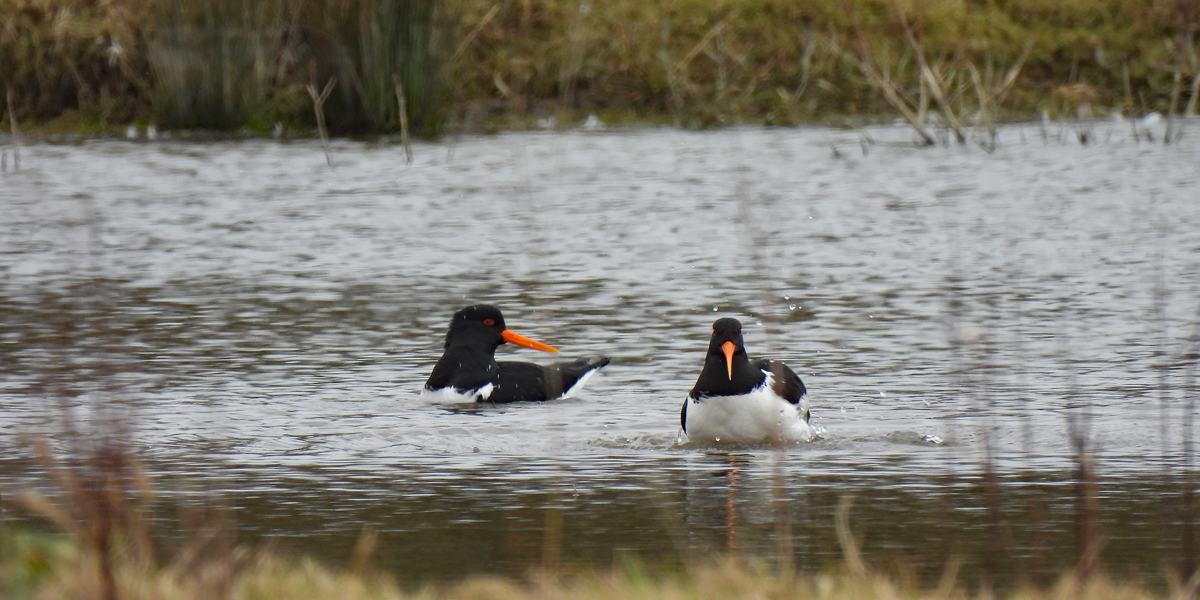 I have seen Oystercatcher at this site before, and this pair was mating frequently so perhaps they'll stay. Still plenty of Wigeon around the pool, and the lone drake Tufted Duck was now joined by a pair. Both drumming Great Spotted Woodpecker and no less than four fly-past Green Woodpeckers were nice, but oddly no Little Egrets today and sadly still no sign of Kingfisher.
Just across the road, there is a large channel/scrape that was created last year. I assume it was an attempt at flood management but it's not been effective on that front. But when the water levels drop it looks like it could be attractive to the odd common wader (and it certainly wasn't created for that purpose): 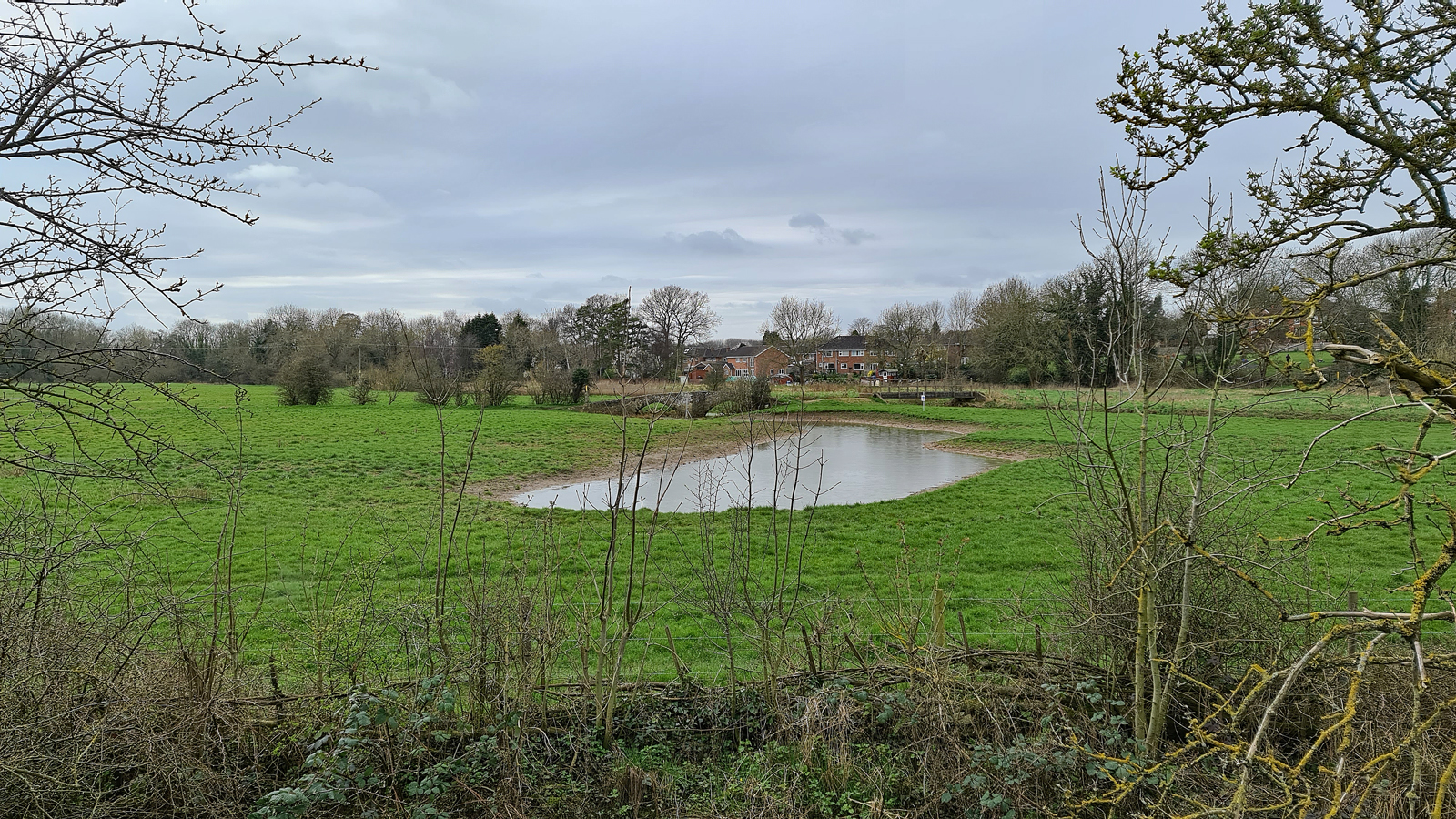 Common Sandpiper, Dunlin and LRP have all been noted around the Jubilee Park pool in past years and could easily use this. Perhaps Green or Wood Sandpiper could drop in. No waders on it today though, but both Pied and Grey Wagtail bobbing around the perimeter.
Here's a beetle from yesterday that you're going to have to take my word for .... 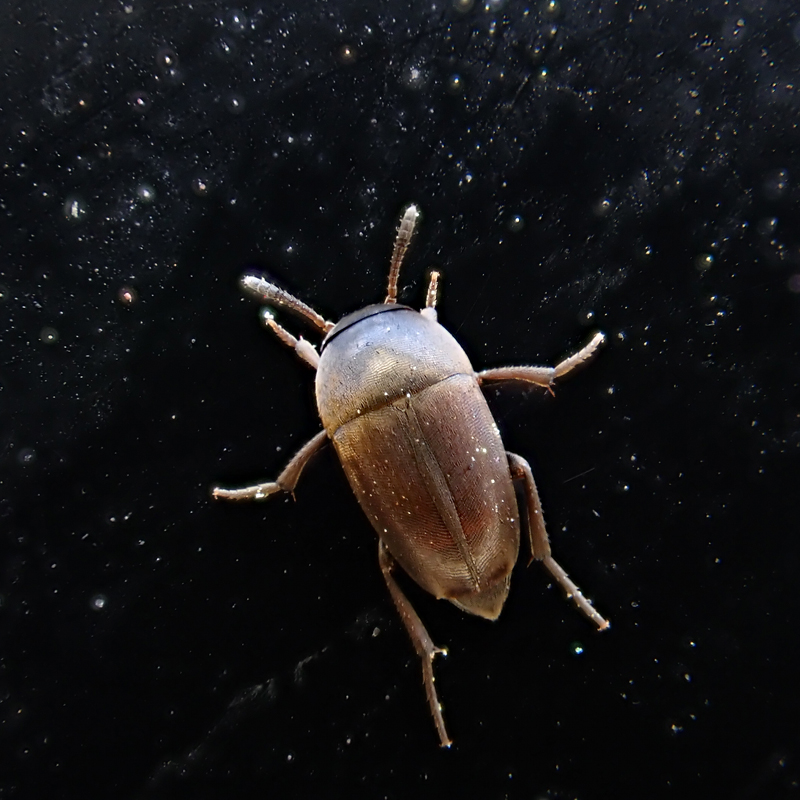 This is Ptomaphagus subvillosus, or at least is seems to key to that okay using Duff, a new one for me. The photo above probably looks a bit odd: that's because I spotted and took some snaps of it on the shiny black roof of Isabelle's Mini before potting it - not quite the usual habitat for this group of beetles. I've squinted at it live under the microscope but not taken any snaps as yet, and I expect it will curl up into an uncardable blob once euthanised.
The moth trap has picked up a little in terms of numbers, but not so much in species diversity. Here's a couple of NFY from the last couple of nights though: 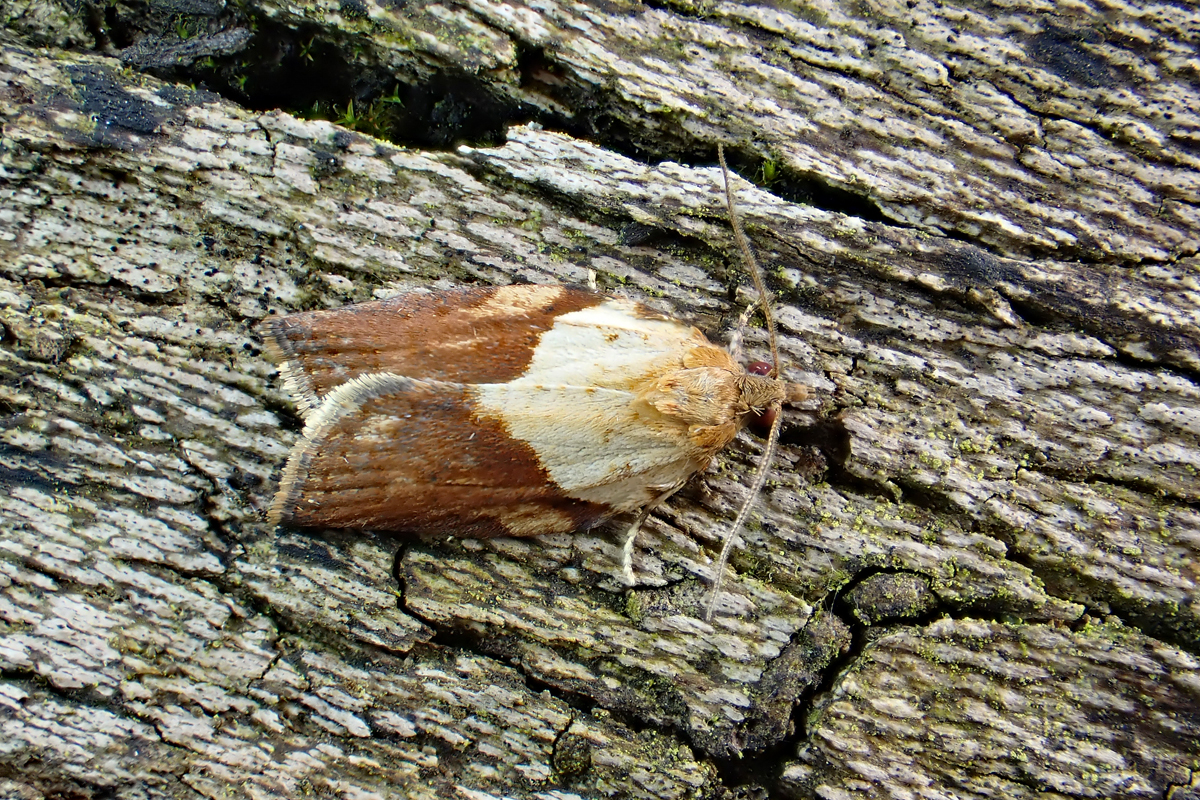 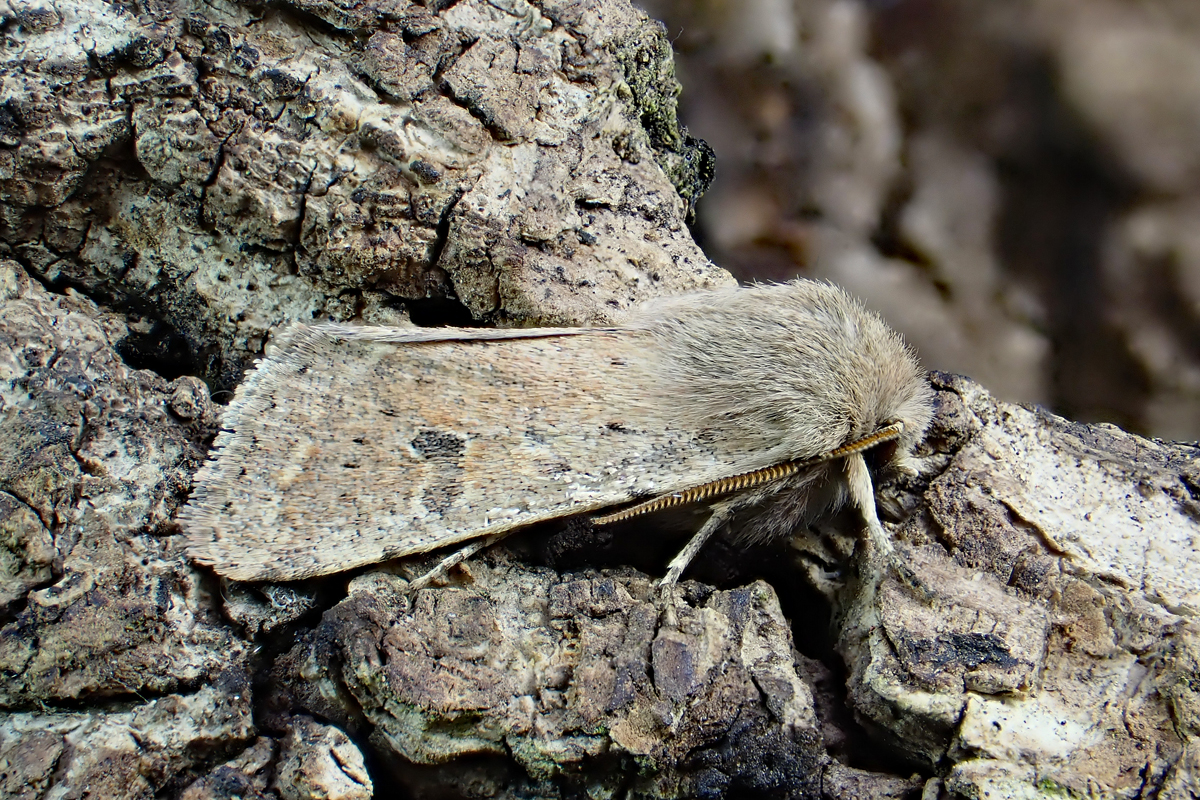 Small Quaker
And here's some catkins to cheer us up: a few more days/degrees and these should be buzzing with inverts: 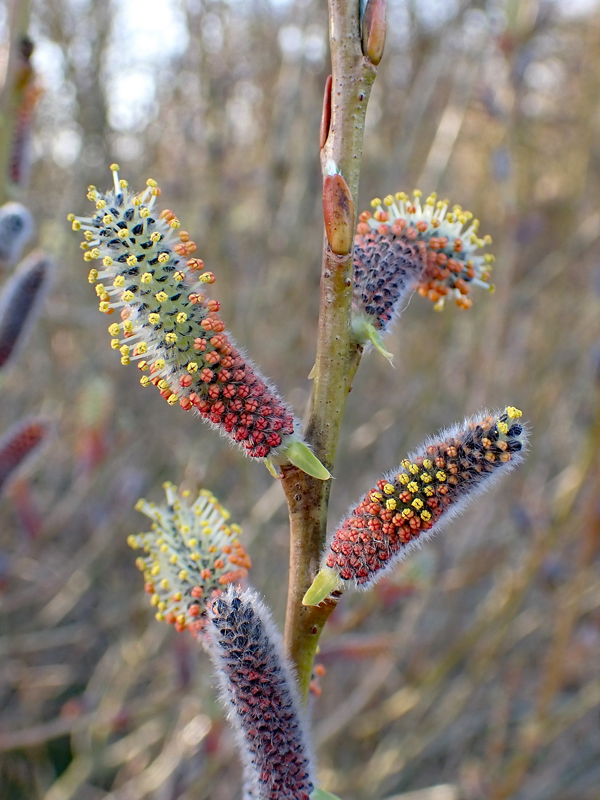 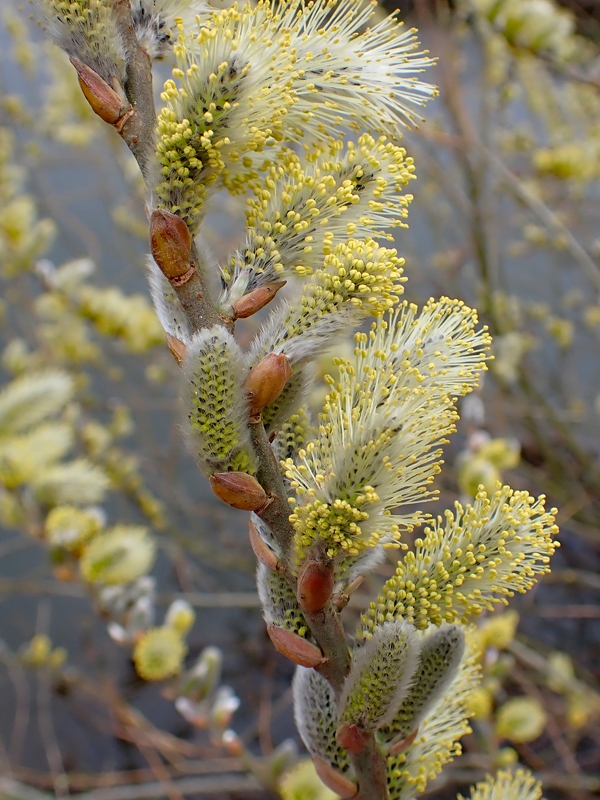 Roof of a Mini? Looks as though it's serenely floating through outer space.

Oh wow, not liking the new 'prove you're not a robot' test!

Yeah, that robot test is crap especially on a smaller phone screen.