I managed to nip out for a refreshing walk into the square this afternoon; nothing too strenuous, just a stroll with my net, a few pots and camera. The sun was out, mostly, after a dull start. Skylarks singing, Yellowhammers calling, but no early warblers. In fact there are still plenty of Fieldfare and Redwing around here - nothing to suggest anything moving.

When it comes to early-season flowers, I am sure that many behold the first flowering Lesser Celandines as the indicator that spring is here (along with garden and escaped snowdrops and daffs of course). However, I think on balance seeing one of these in bloom is a better indicator .... 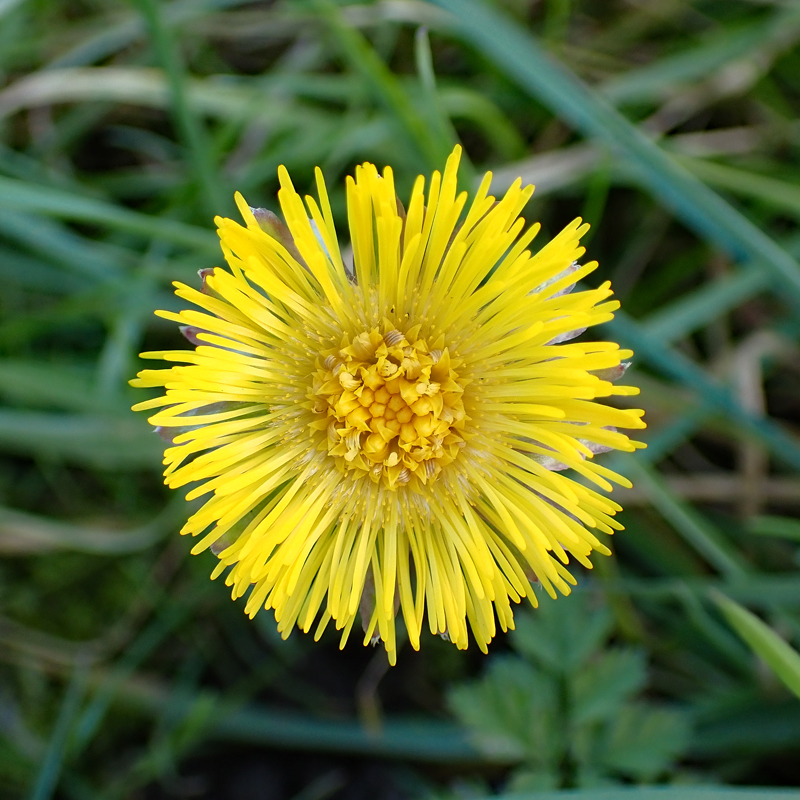 Whereas the celandines give plenty of warning with their emergent leaves, flower buds and then the blooms, Colt's-foot just seems to emerge from nowhere with the flowers preceding the vegetation. I like that - surely they wouldn't bother if it wasn't really spring. Meanwhile the celandines keep going; they were flowering when I was last out which is getting on for three weeks ago. 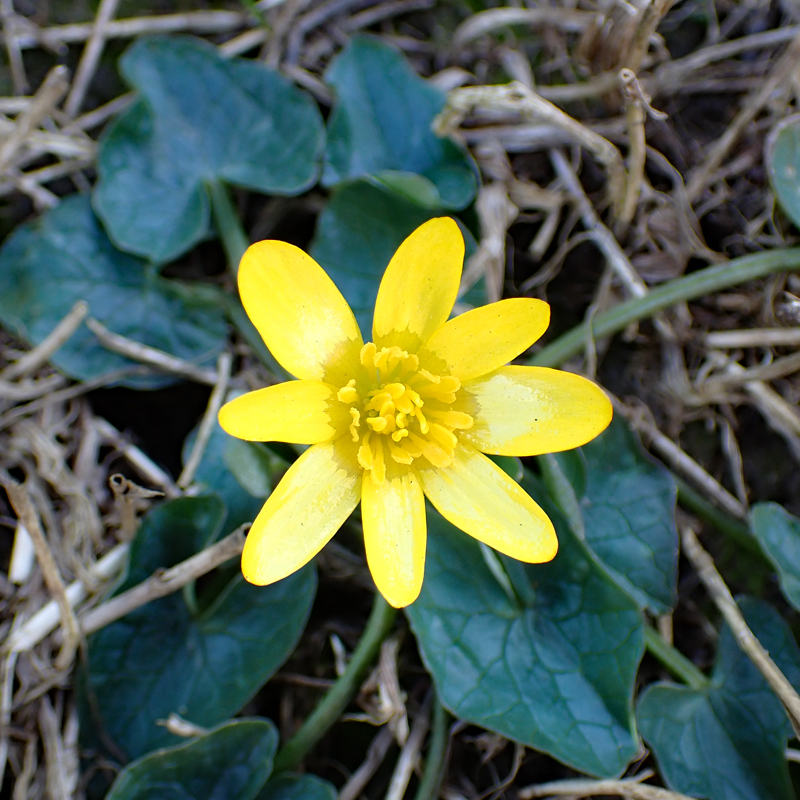 Of course the main thing is that the early yellow flowers, including dandelions and buttercups, are potential magnets for flies and bees. Not that I saw any on the flowers today. I did manage to net what I thought was a large fly that turned out to be a pair in cop - now pinned for later scrutiny. I've also got another fly and a couple of beetles to look at from today. Whilst out I spent some time specifically looking at and around a long-dead ash tree which had cramp balls on it. No sign of the anticipated Scarce Fungus Weevil. Later, I casually rolled a bit of random log to look underneath - nothing exciting, but when I repositioned the log I noted a bumpy variegated blob on top that I'd missed before the rolling .... 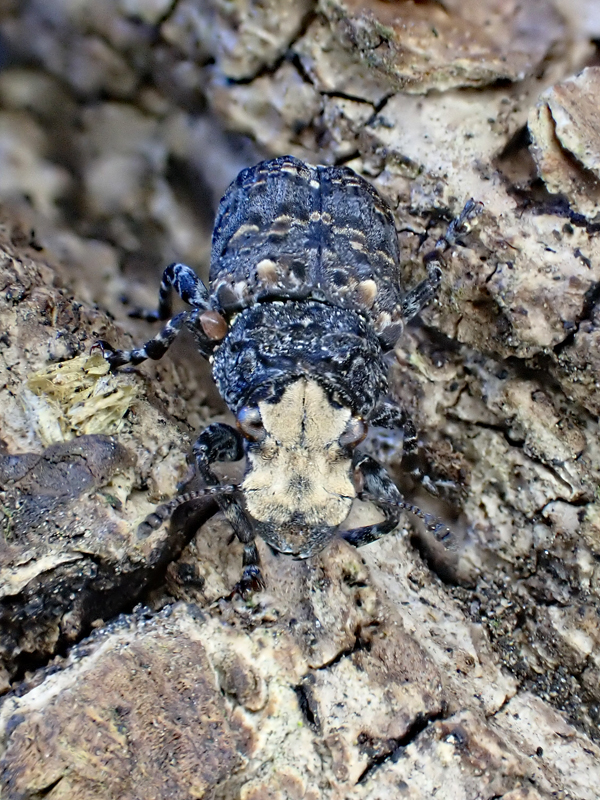 I sometimes find these when looking for them, but more often find them when I'm not. I just can't be that lucky, they must be genuinely common around VC55. 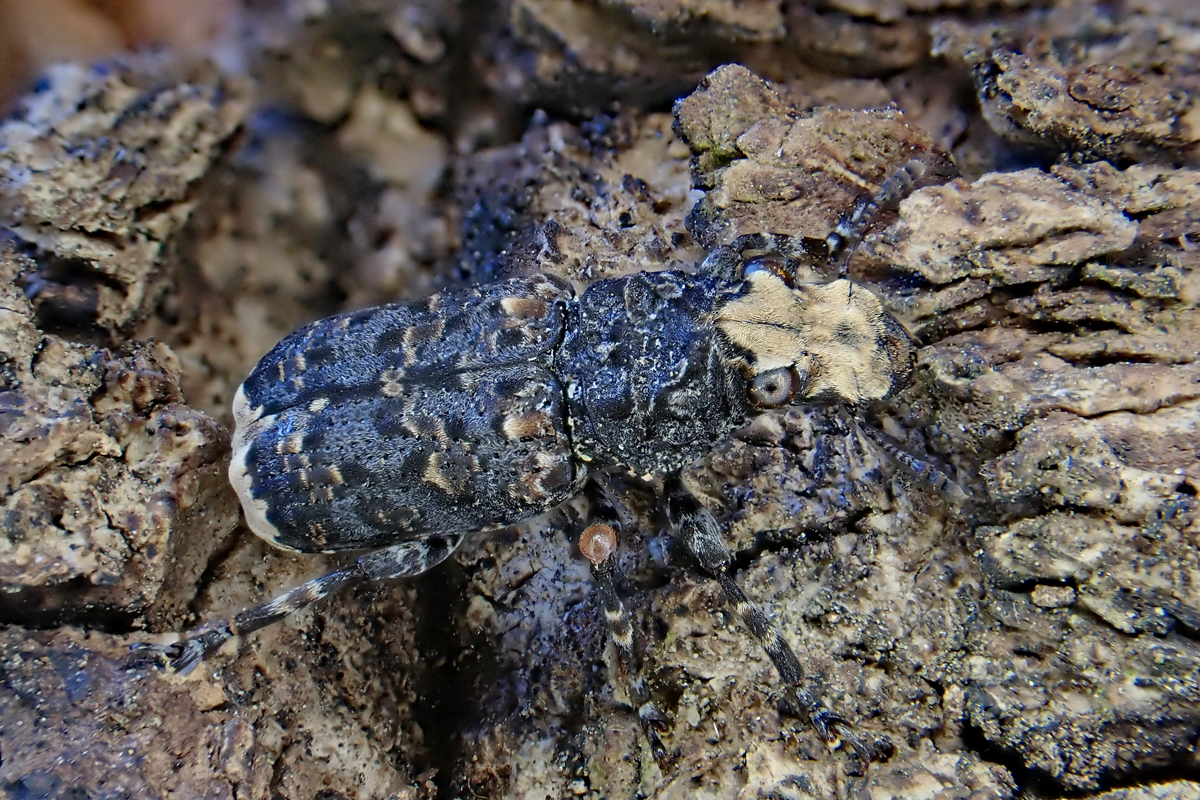 That would be a red-letter day for me. Cracking weevil

I'd love one of those weevils...

I find them a lot at work, but not been there for a year!! Have found them at a few sites in VC29 but not in my parish, keep checking the ash trees at the bottom of my garden though. One day........

I love seeing them, and the underside is just as funky.