For several years now (since May 2012 having looked back) I've been using the Raynox DCR-250 macro lens attachment, first on the Lumix FZ-45 bridge I had at the time and since October 2014 on a Nikon Coolpix P600 bridge. I'm not going to ever pretend that it's as good as working with a proper macro DSLR set-up, but I love it and for the cost it is unbeatable. As with any macro lens, depth of field can be an issue when the camera is fully zoomed in but for most inverts and especially reasonable sized micromoths it's great.

Actually the only problem I have endured is when photographing slightly larger moths, especially some of the geometrids if they sit with wings splayed out a bit. The problem is that as with any lens attachment there is an element of vignetting. Depending on the size and posture of the moth, I can either zoom through the vignetting, or crop it out. So for web purposes the only issue really is that sometimes I am having to crop to a size that means I'm losing a fair bit of the original image size. I'm also sometimes constrained on the aspect ratio which is why I tend to use a variety of image sizes on here - it's not all for artistic purposes, sometimes I have no choice but to crop at a 1:1, 3:2 or 3:4 ratio instead of 4:3. 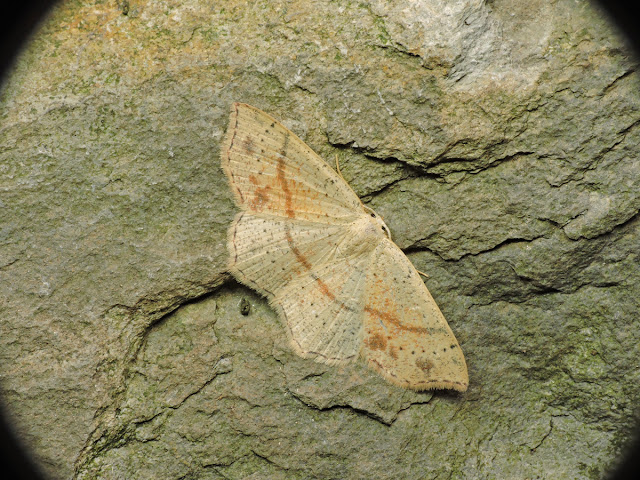 Maiden's Blush - full image with no cropping, vignetting in corners

So as you can see with this example, I can easily crop this image to either a 1:1 square or a 3:4 portrait, but in both instances I'm losing half the original image size. Of course in this example it doesn't help that I opted for an arty on-the-skew framing rather than photographing the moth 'straight-on'. Here's a better example ...... 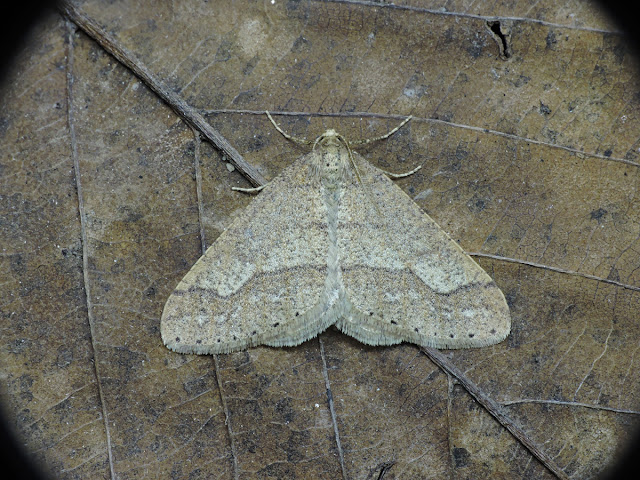 Dotted Border - full image with no cropping, vignetting in corners 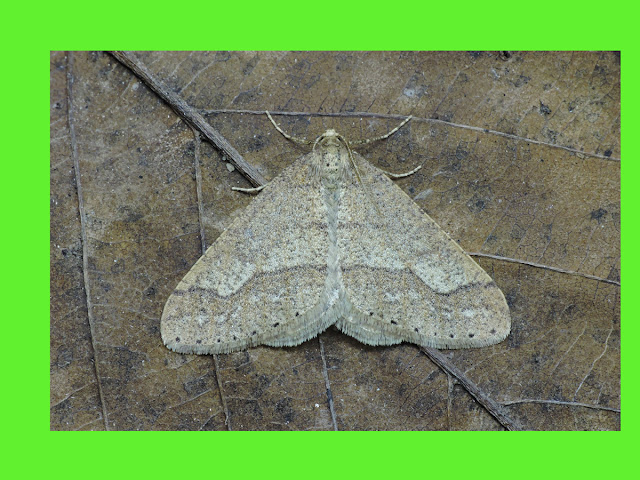 Same image showing how much I lose from cropping to a 3:2 ratio to lose vignetting

Where it becomes more of a problem is that I am sometimes forced to crop the subject a bit more tightly than I'd like, and this in conjunction with the contraint on cropping ratio means that images might not be great for future publications.

Anyway, you get the gist. So after years of this I suddenly thought this week that maybe I could just get hold of the lower magnification DCR-150 lens which will give more scope for larger/odd shaped moths. So I got one and had a quick play today. Here are two shots of the same Clouded Drab from last nights trap - not an ideal subject but shows the potential. There are subtle focal length and focussing differences between the two lenses, so what I have done is zoomed the camera to the point where I have nearly lost the vignetting effect (just a slight shadow in the corners). 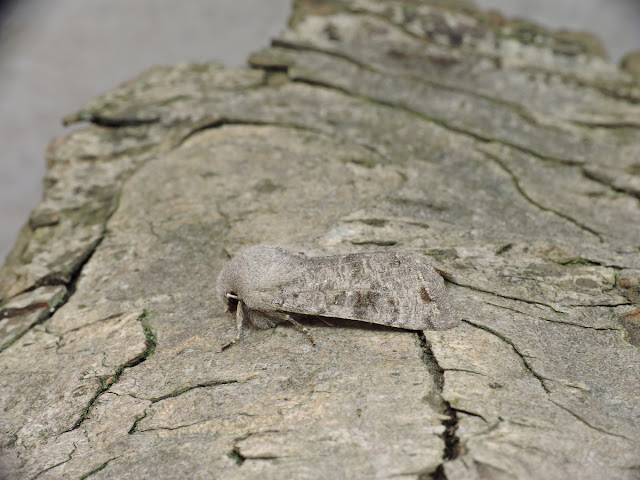 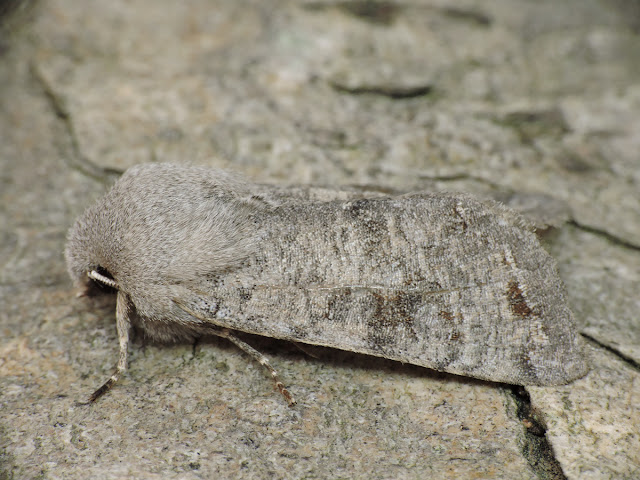 Neither of the above is what I want. To get a better surround to the subject on the DCR-250 I need to zoom out ... which will increase the vignetting. On the DCR-150, there is plenty of scope to zoom in and improve image size whilst losing any vignetting but I might lose some depth of field. I'm going to have to play around over the coming weeks to see if I can get a nice balance, but I think I'll be using DCR-150 for most macro moths and DCR-250 for most micros and beetles, bugs etc. Anything larger like Hawk-moths, butterflies and dragonflies are best photographed without any attachment.

The other realisation is that the Coolpix P600 is getting on for five years old now, and although I'm still very happy with the image (a lot cleaner sensor than the Lumix) it is starting to play up a bit with some of the button/dial functions being flaky. Quite possibly time for a new camera this year - no idea what but will have to start looking.

Before I go, here's my best effort with that tiny weird beetle from yesterday - a not very compliant subject and hard to get a nice balance between depth of field and image size (I repeat it was very tiny!). 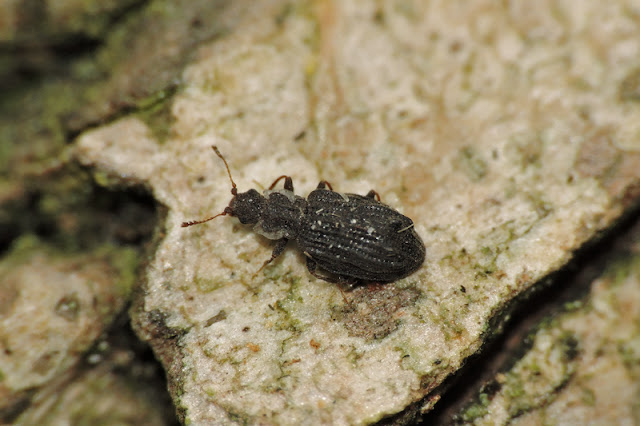