I've had a brilliant long day out in the sunshine at Ketton Quarry over in the east of Rutland. I'm sure I've mentioned many times before how much I love this reserve, and despite it being early in the season I still managed to find a few bits. 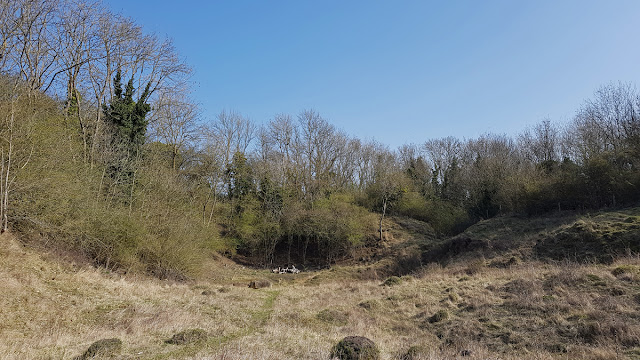 Part of the appeal is that there are diverse habitats within the reserve. It is a long worked-out area of limestone extraction, but is now made up of compartments of hills and holes that have been colonised by calcareous grassland plants and scrub. There is also some open mixed woodland, a deep cutting and a dense dark beech woodland planted in the 1920s. Usually there are one or two like-minded souls knocking about but generally you can mooch about between the areas in complete solitude and peace. The exception is the main geology trail area near the entrance where people generally come and go looking for butterflies and reptiles. The reserve runs on the boundary of the working quarry that seems to be getting bigger and now has 1000s of solar panels in situ. 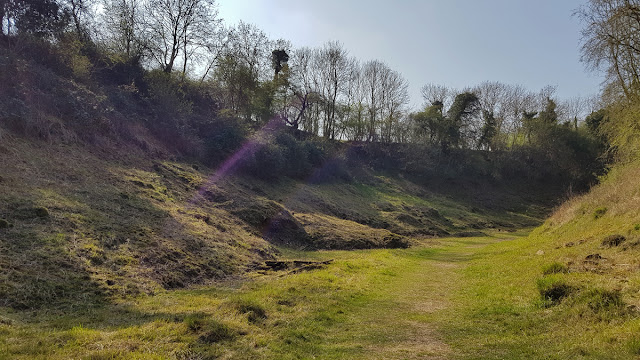 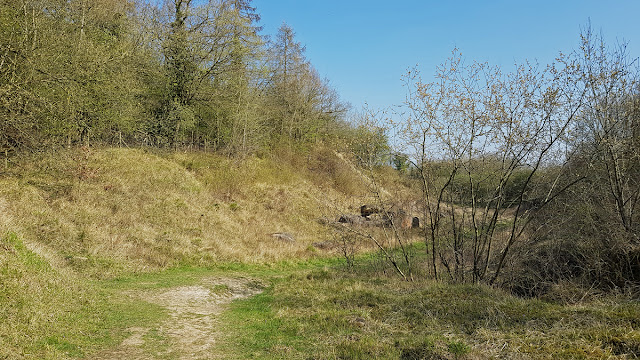 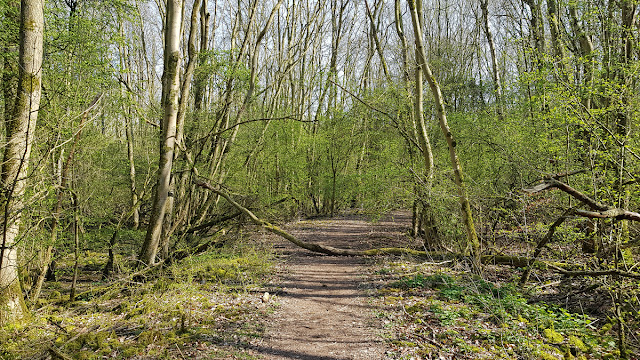 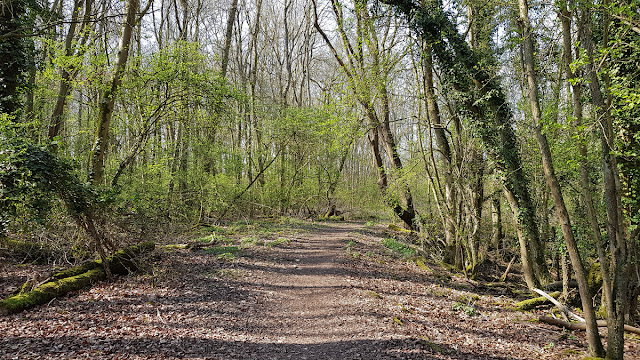 I go there early-ish and spent a good hour looking for snakes with no joy, after pottering about for another hour or so I nipped off for a quick bite in Stamford. When I got back early afternoon I bumped into Andy Neilson who pointed me towards a pair of Adders that he'd seen. I could just about see a female with a bright male in attendance, but as I grabbed my camera I was aware of another duller male heading straight towards the scene. The two males then chased each other around for a bit before the female sloped off into a densely covered mound of rocks. Not the most open views I ever had of Adders, but the interaction and activity was great to watch for an hour. 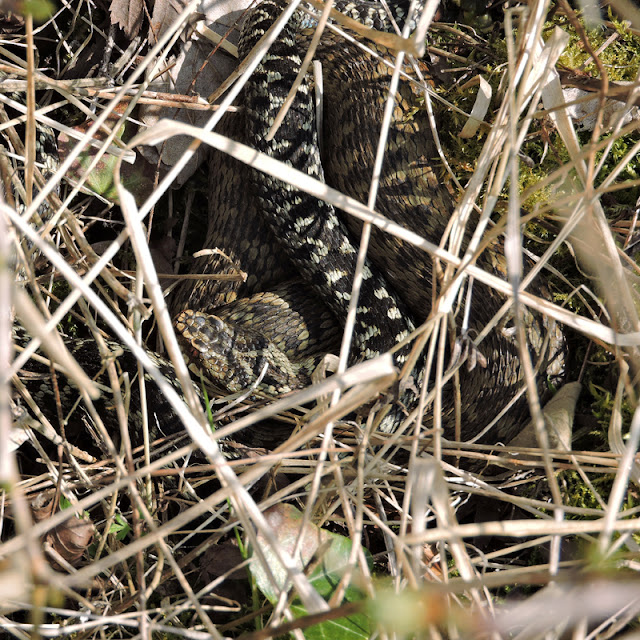 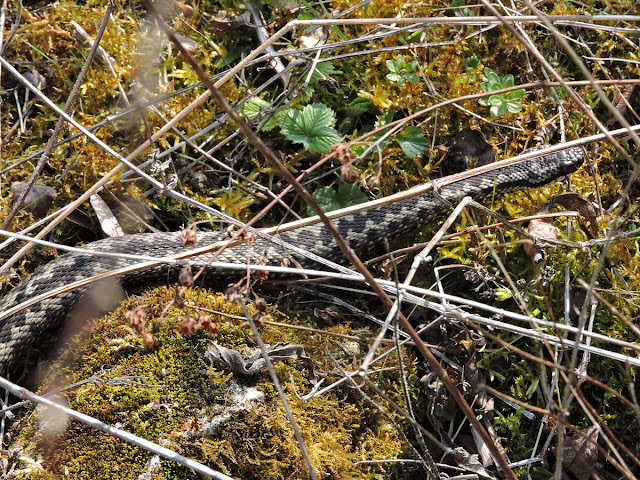 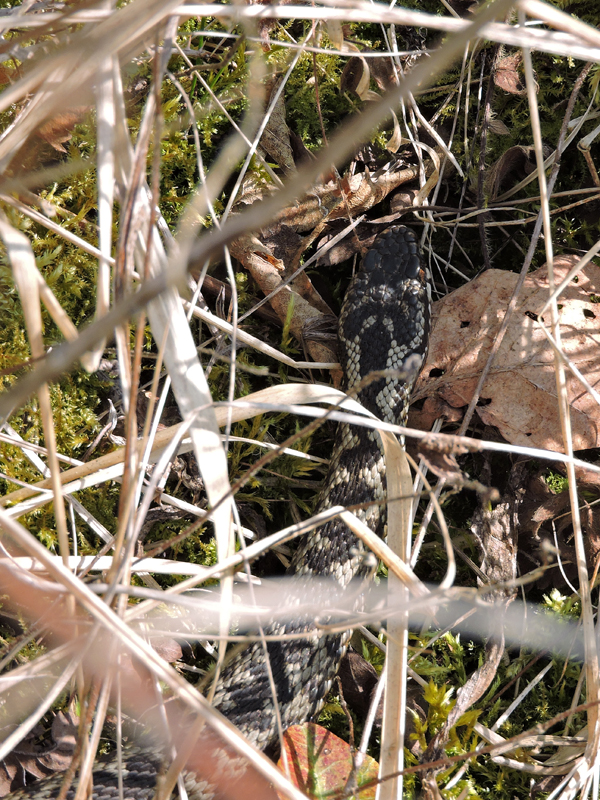 The duller male heading off 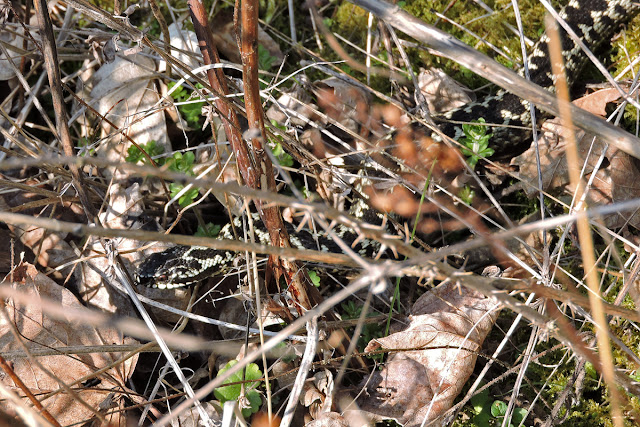 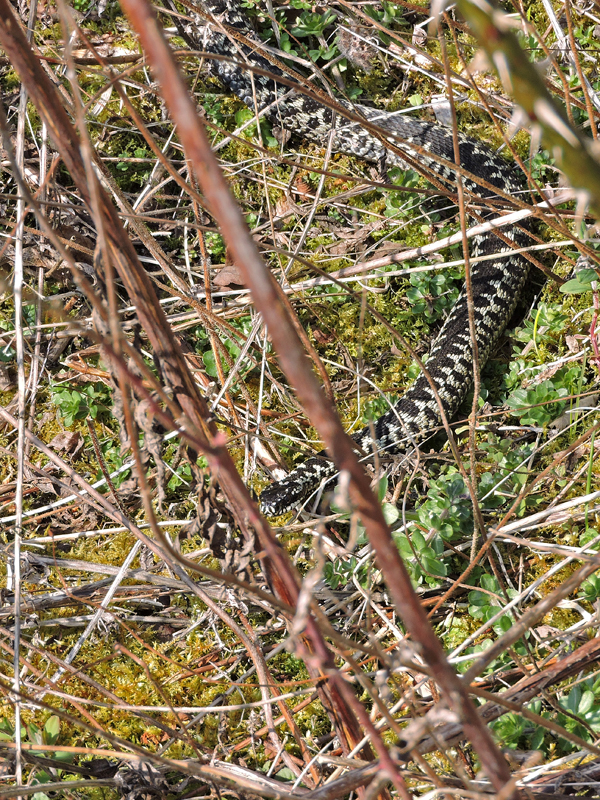 ... and coming back towards me

I've not seen Adders here for a while, and by all accounts the population has dwindled a bit in recent years. It was great to catch up with them, just a shame the views were not better for photos. No Grass Snakes seen today, and no Common Lizards seen but I heard plenty skitting off into the undergrowth as I walked around.

I found a few bits that I will post another day, but one I wasn't expecting to see so early in the year was along the boundary track bewteen the reserve and the working quarry .... 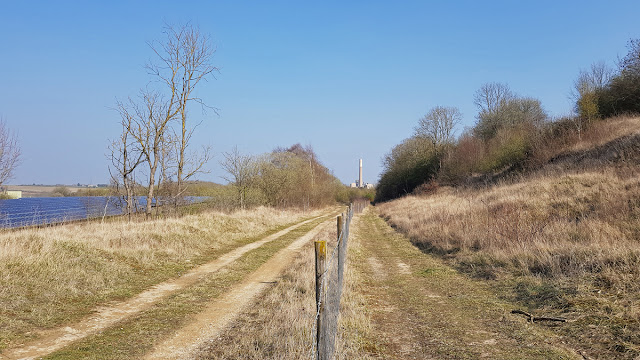 Note a few solar panels on left, and a distant view of the quarry processing plant

I saw at least 15 Green Tiger Beetles along here, not that they were easy to get close too. 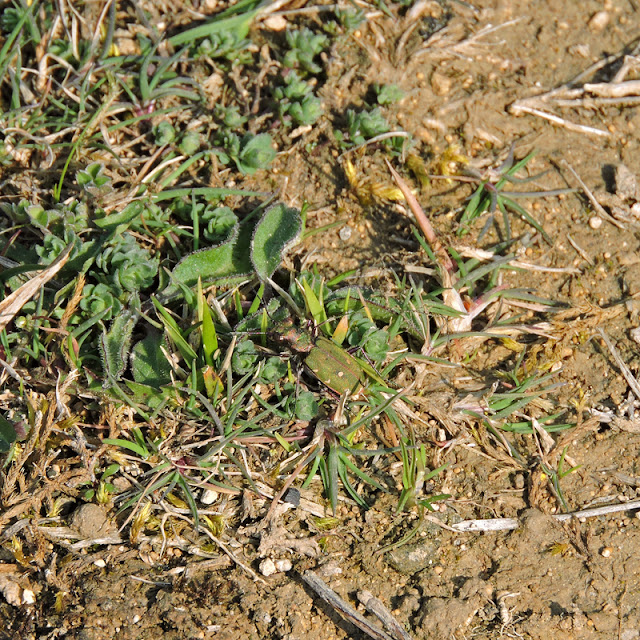 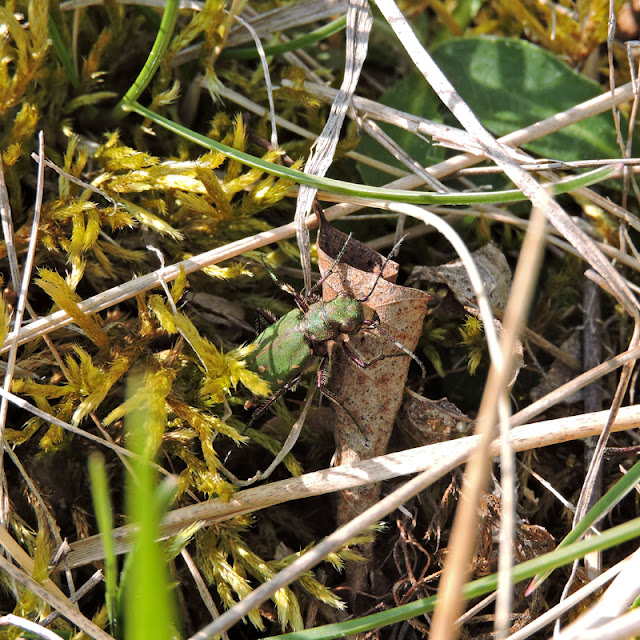