Whilst I can, I'm posting a few lizardy bits from our Caribbean holiday. I always think that no holiday abroad is complete without seeing a lizard or two, and in Europe this is usually a wall lizard of some variety and maybe a gecko. This was something else as we found lizards pretty much everywhere, and some of them were relatively big.

I've managed to identify a few of them, some with more confidence than others, but aside from these I've got photos of a quite a few other small brown jobs that I'll leave for now.

Green Iguana - Saint Martin
I was completely unprepared for these beach dragons loafing on barrier rocks around a harbour on the French half of the island, and then we soon noticed that they were all over the place including loafing around a beach-side bar that we stopped at. The fully mature adults were a variety of colours, but the smaller younger individuals were generally a bright green. As far as I understand these were introduced, don't know when but whenever it was it preceded a rapid island extinction of the indiginous Lesser Antillean Iguana within 20 years. 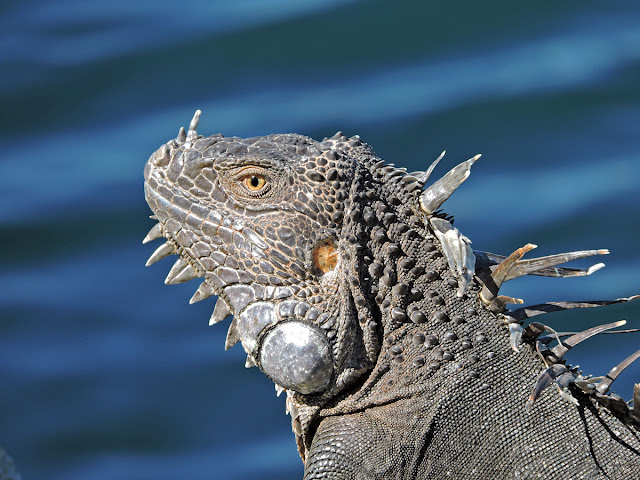 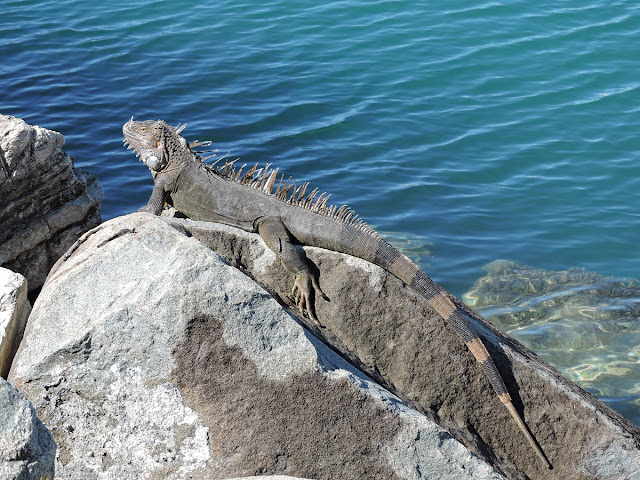 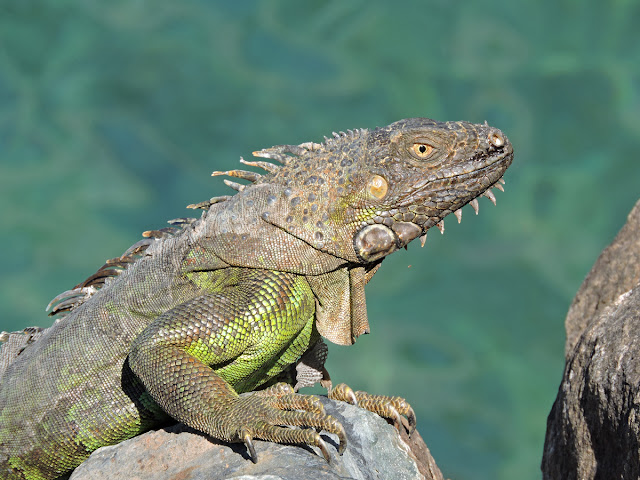 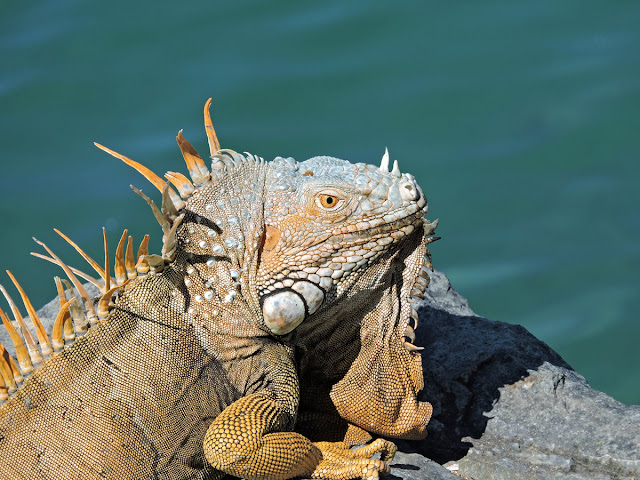 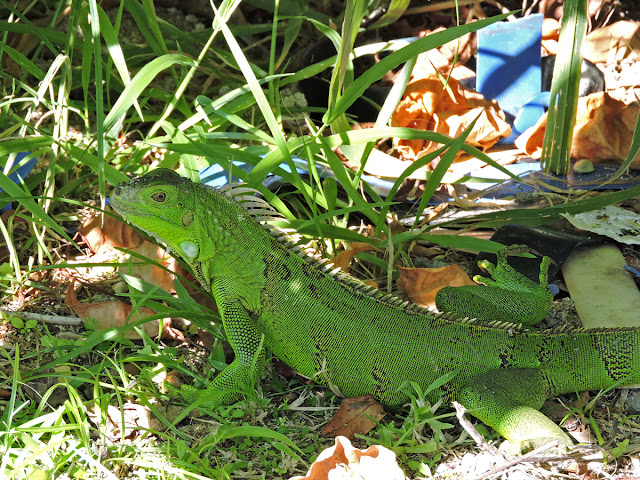 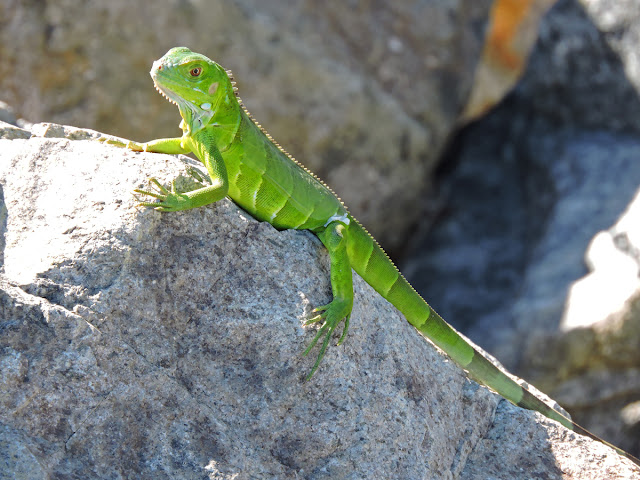 Caribbean Ameiva - Sint Marten
Over on the Dutch half of the island, I saw quite a few of these loafing around the edge of a car park next to a big salt pool. They were not as accomodating as the iguanas for photos though and scooted off as soon as I approached. 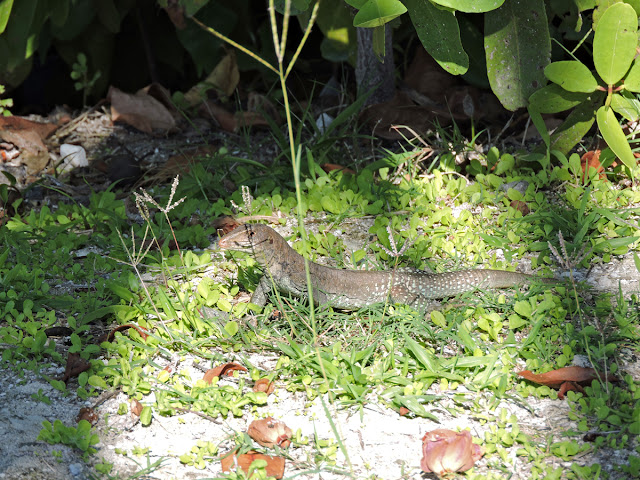 Giant Ameiva - Grenada
There were loads of these loafing in sunshine on the grassy hillsides heading up to Fort George. 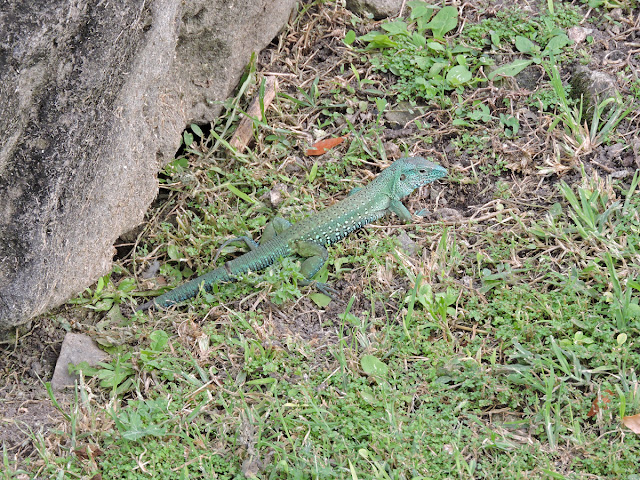 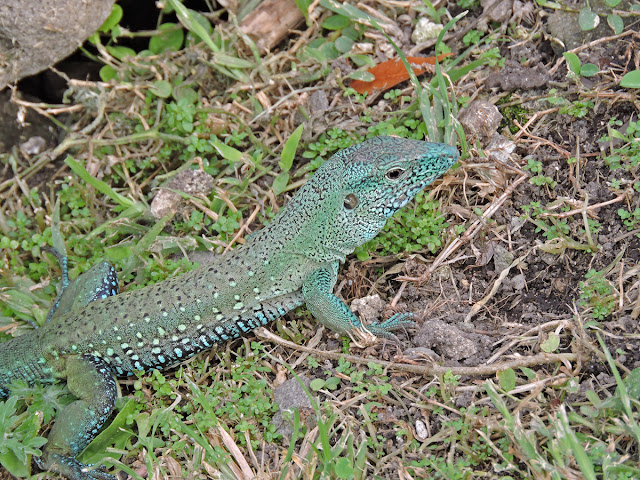 St Vincent Bush Anole - St Vincent
These were abundant around a botanical garden that we visited. 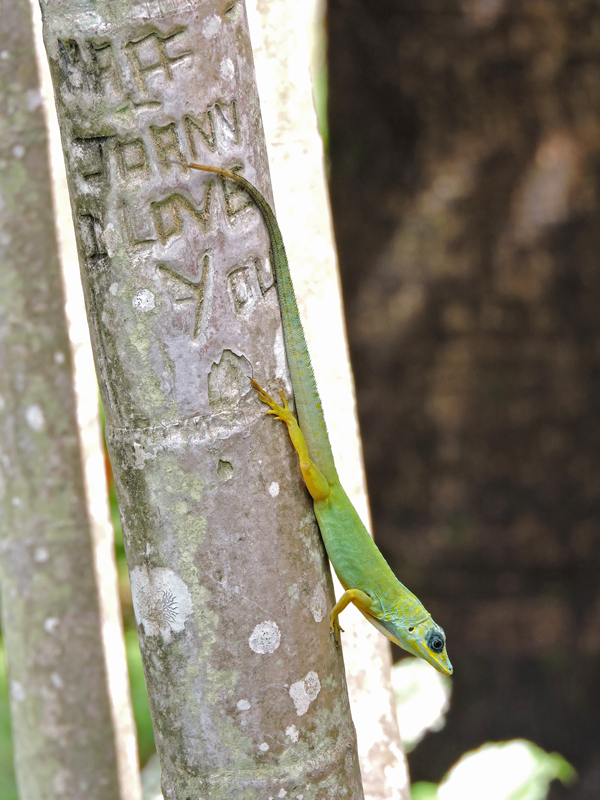 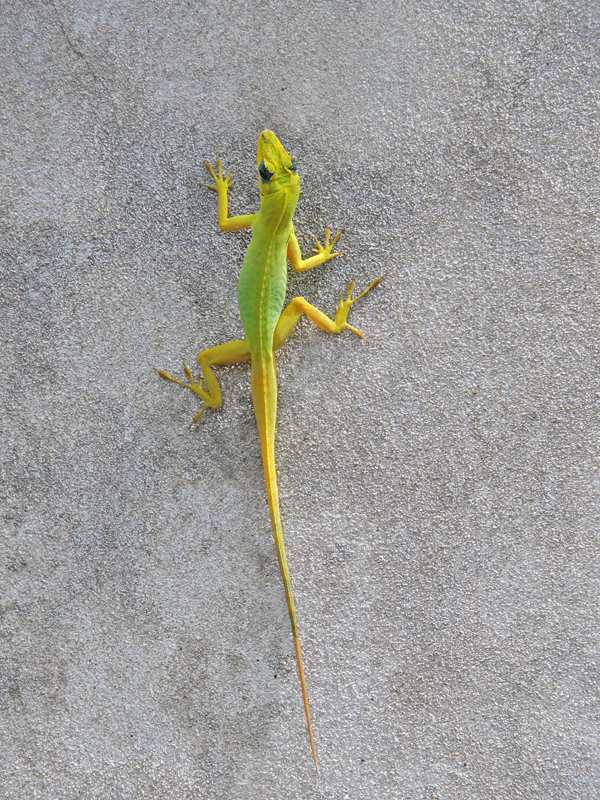 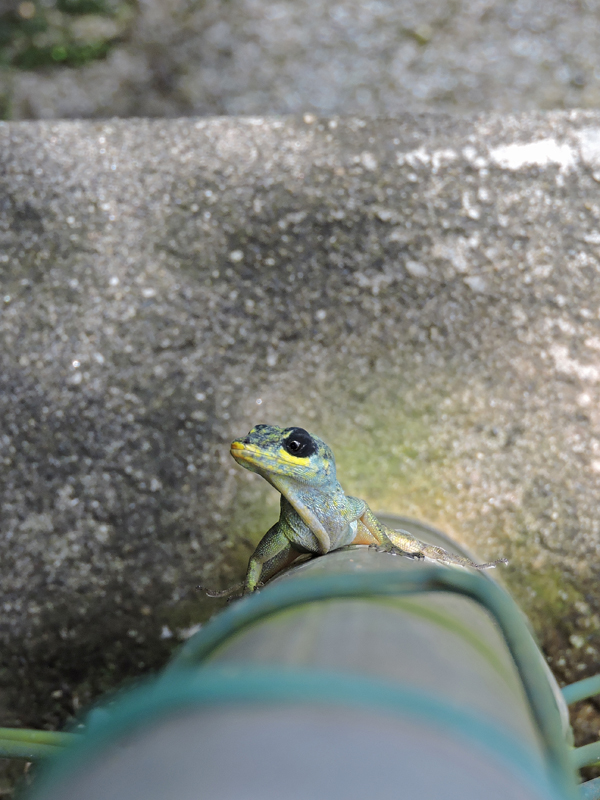 Carrot Rock Anole - Tortola, British Virgin Islands
At least that's what I think they are, again in a botanical garden (we split our time between beaches and sun, and soothing gardens and rain forest!). 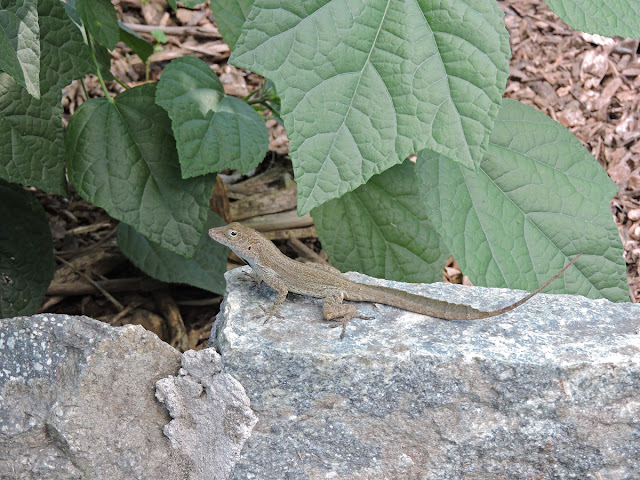 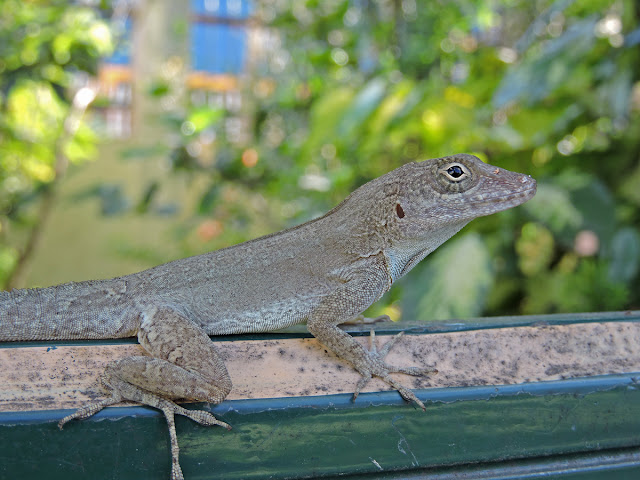 The rest are as yet unknown, but I thought they looked funky enough to post. 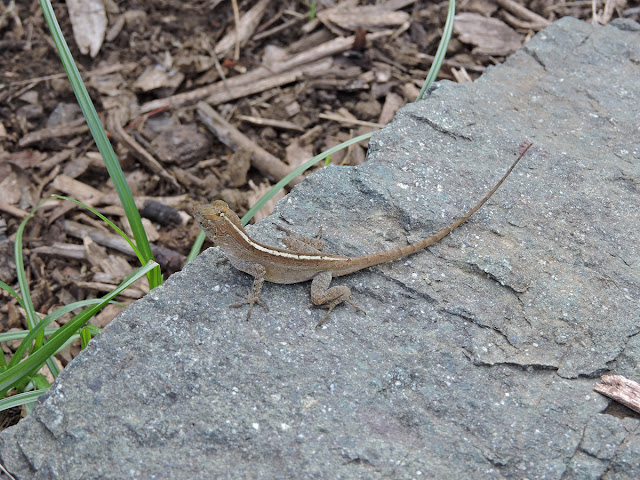 This was on Tortola, can't see a match so far. 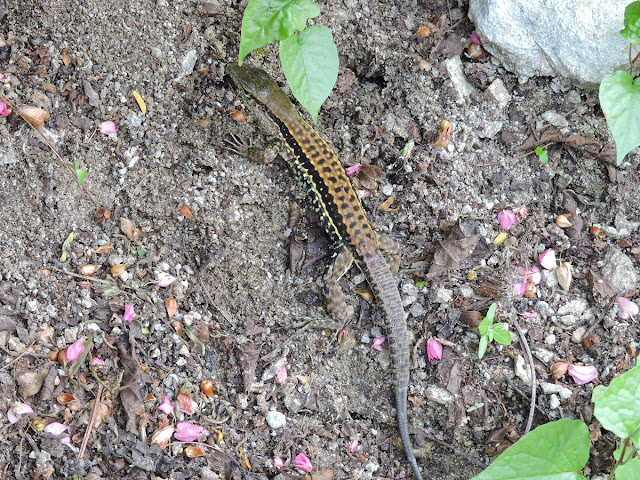 On Grenada, it is perhaps just a juvenile Giant Ameiva. 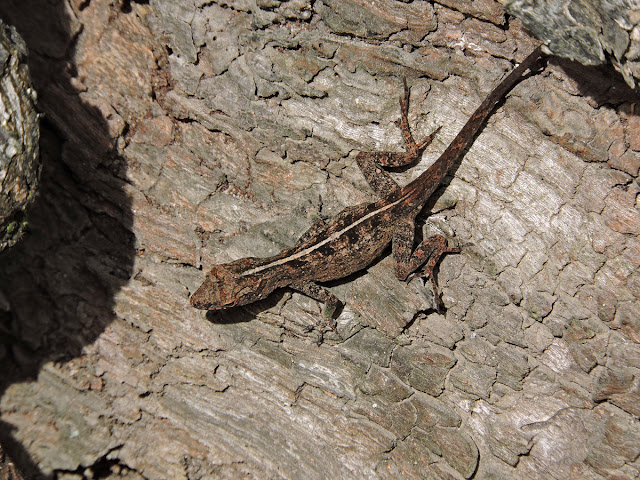 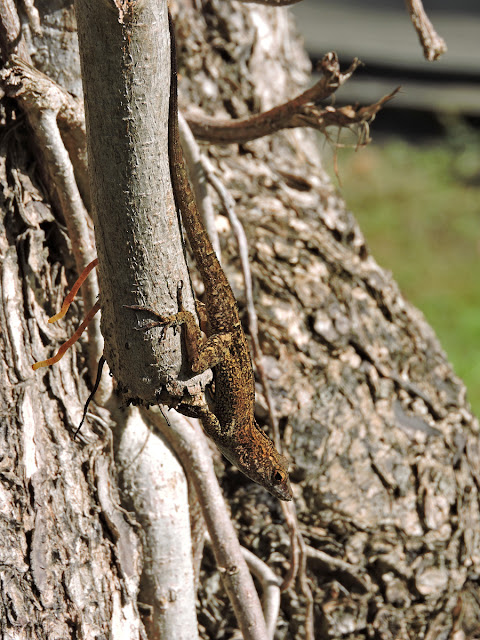 These were on Dominica, several together on same tree.