To Blog or not to Blog

I have had this here blog up since late 2007. As you can see over on the right there, I quickly got into a groove of posting all sorts of stuff; lots of updates on garden mothing, a few birdy interjections, stuff that I'd seen whilst out and about, references to music, the odd joke and a bit of irreverent (slanderous verging on criminal) nonsense about politics, royalty and religion. I blogged quite regularly for around five years. During 2013 I had a surge of activity that lead to me contributing to the 1000 in 1km Square and Garden Moth Challenge blogs. Also around that time, other social media was becoming more prominent for me, particularly Facebook and Twitter. I did set up an Instagram account but never used it and still haven't got round to figuring out how to delete it. I've never used Snapchat (Snatchflash), though I do use Whatsapp for work, family and phone friends. I have just about packed up using Twitter, and Facebook is starting to seriously get on my nerves with the targeted adverts and stuff - but both platforms are useful for particular interest groups and news so I doubt they'll be disappearing from my phone screen.

So over the last five or six years this blog has wavered between bouts of enthusiasm and prolonged periods of neglect. I did consider sacking it off completely, but actually I find it interesting to look back at stuff I've posted and it would be foolish to just delete it until or unless Google demand their space back or charge a fee .... like happened on Flickr.

In fact, it has been a very useful resource over the last couple of weeks. I've been at home for a long while so far this year in recovery from illness and hospitalisation in Jan and early Feb, and next week I've got some surgery coming. So to help fill the time and keep me busy, I've got around to doing something that I've ignored for years. My photographic library is a mess. I'm finally getting it more organised and moving everything from various archives and annual backups into structured folders by group/family/species/site and date. It will be worthwhile in the end, but it is a bit labourious and means cross checking to my Mapmate records, old e-mails  and - thankfully - for a lot of it I also have the blog to help. I've also found a couple of ID errors from years ago so it's also good from that perspective (like a dodgy Shaded Pug, and finding a new earliest VC55 record of Strophedra weirana). Cross-referencing the blog will be particularly helpful for non-lepidopteran orders. 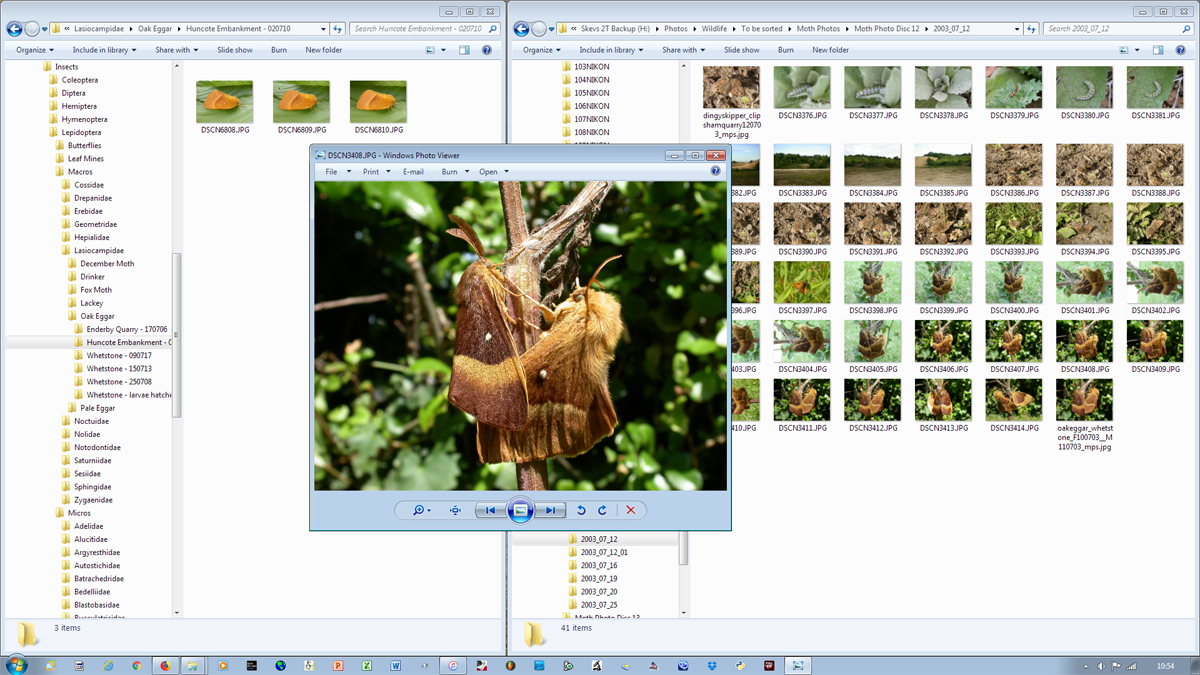 Oddly, in the past I have also found the blog to be a useful motivator to get out and see stuff that I can post about. So the blog stays. I will continue to irregularly post whatever I like when I like, and I'm sure it will wax and wane.

Whilst I think about it, it's inevitable that over the 12 calendar years that this blog has existed that things change. I will have posted lots of links to Youtube videos and other websites/blogs that are no longer working. I also went through a spell of linking to my Flickr account, but as I'd stopped using Flickr and they wanted money to keep what I had on there, I deleted everything so there are a lot of blog posts from around 2011/2012 that have big grey boxes instead of photos. Soz.
Posted by Skev at 11:37

I've kept a number of blogs over the years and they've all eventually turned into online notebooks - my spare brain (searchable with Google, unlike my real brain!). If other people also benefit from them too, that's great.

I have followed you in various places across the years.I always enjoy what you have to say and your pictures. best wishes

Pleased to hear that you will keep at it Skev - such quality blogs as yours are becoming rare!

Glad to hear you're still out there, mate! Please do blog whenever inclined, there's folks out here who learn from your finds. Not so much the jokes, they've always been shite... Hope you're out and about and well again soon, buddy.

As for shite jokes Seth, I'm leaving that to the current government and the opposition ........