One bird that I've generally failed to get a good shot of is Magpie. They are a common enough bird, and whilst they can have a fairly ordinary pied appearance in some lights, in good light they come alive with superbly irridescent blues and greens. They are canny birds though, and seem to have a sense for movement of the shutter finger and get out of the way. Unless of course you have a lens the size of a small car, when you can happily photograph them from a mile away. Which I haven't.

Today I nipped into Watermead Park whilst out and about hunter-gathering for a family meal. The water levels were predictably high, almost to the point where the two lakes were conjoined. Large areas of grassy paddock and fields were under water as well. There wasn't much loitering around the car park area, but this Magpie was. Despite having a slightly dodgy right wing it was perfectly able to fly, but I did manage to get a few nice shots for a change. 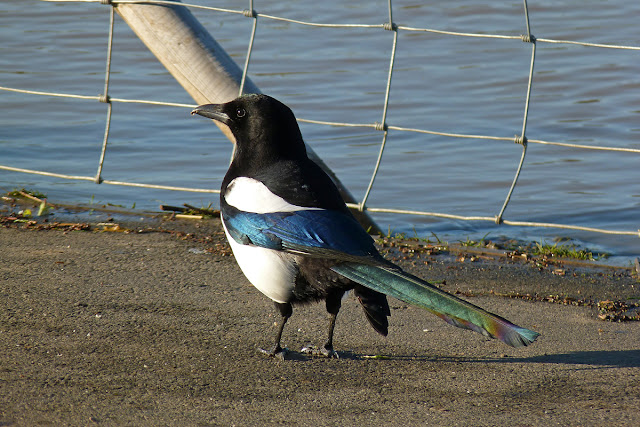 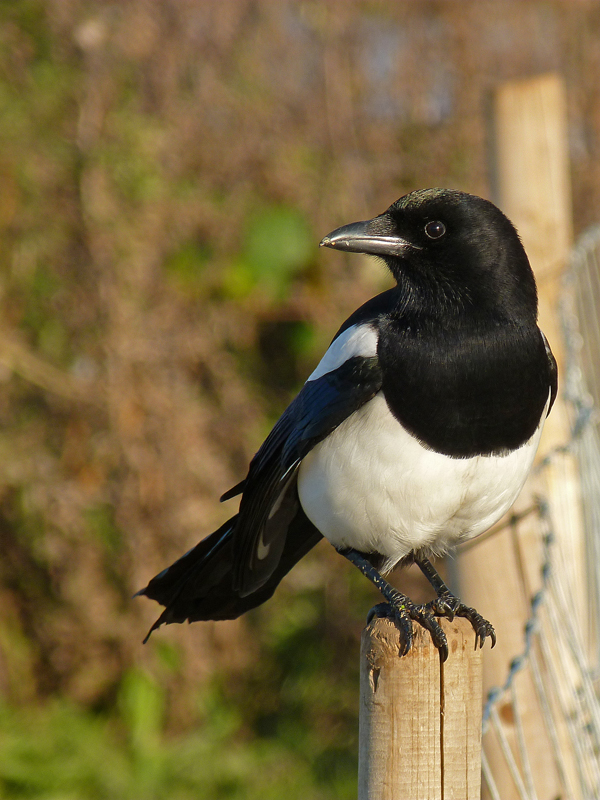 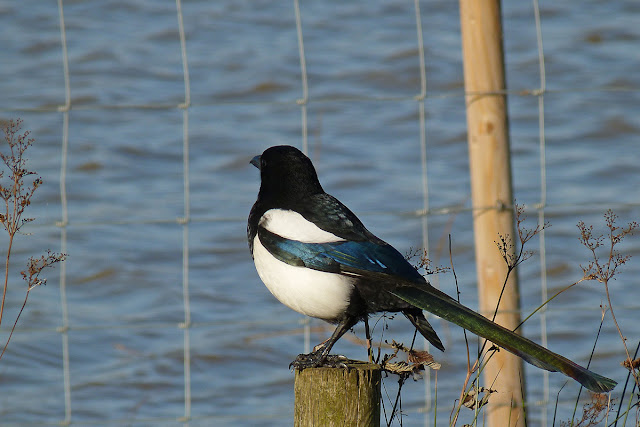 The 'feeding area' where you can normally get close to gulls perched on the metal bars was under water, though today there were no gulls loitering around there anyway - all seemed to be out feeding on the easy-pickings of a flooded paddock. 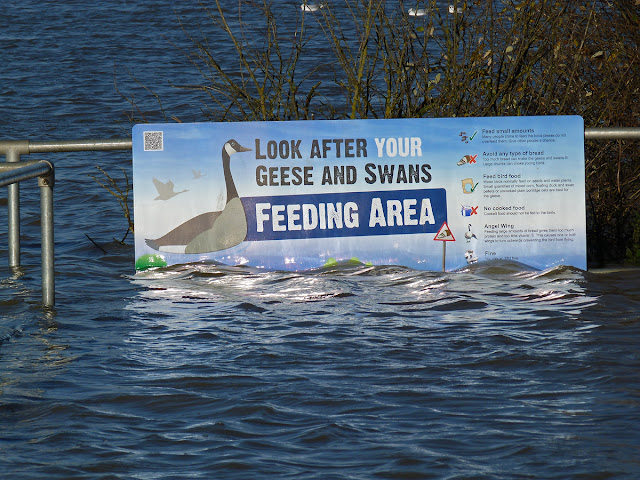 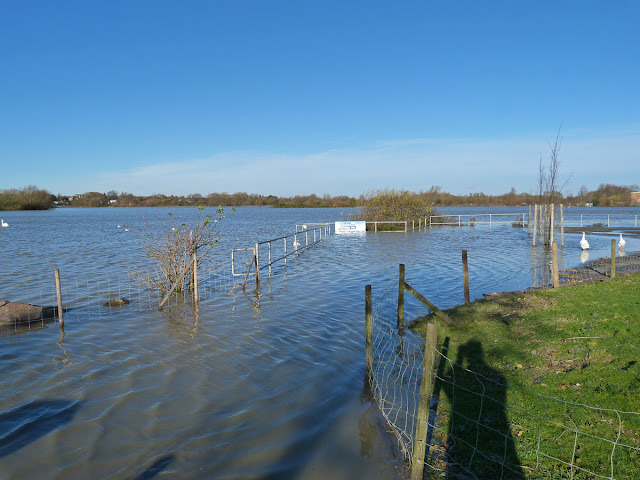 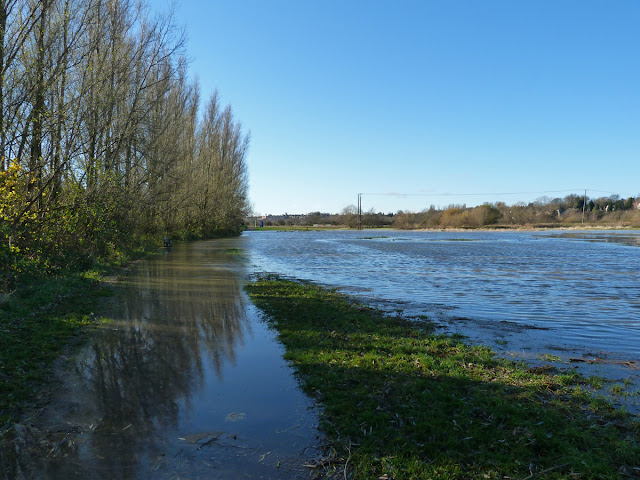 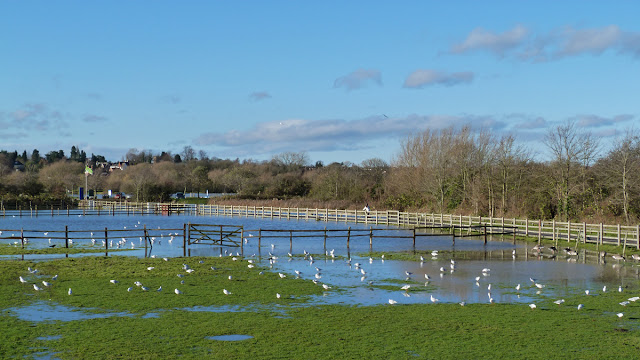 Would have been a shame to come away with no other shots though in such good lighting, so I pointed the camera at these ..... 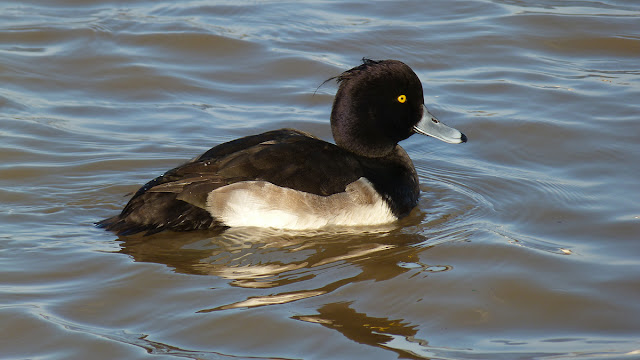 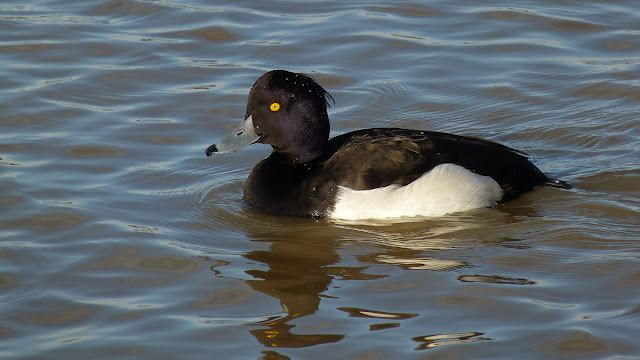 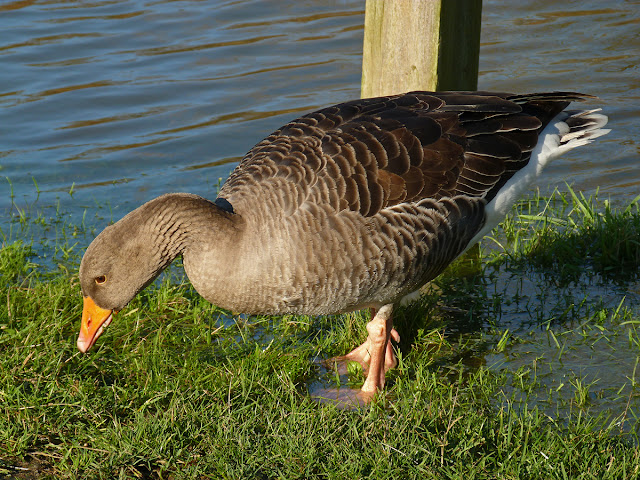 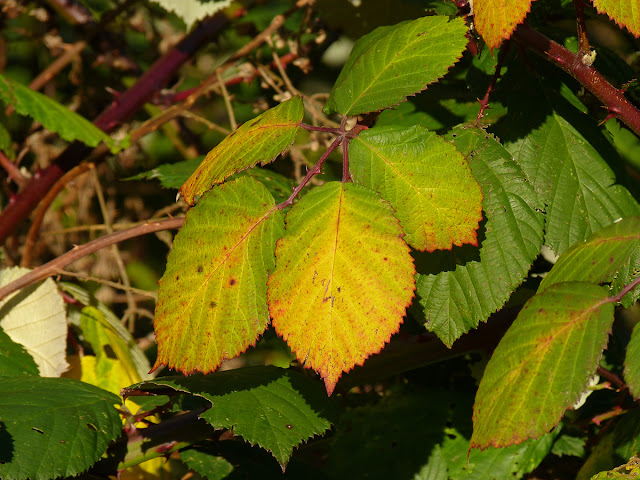