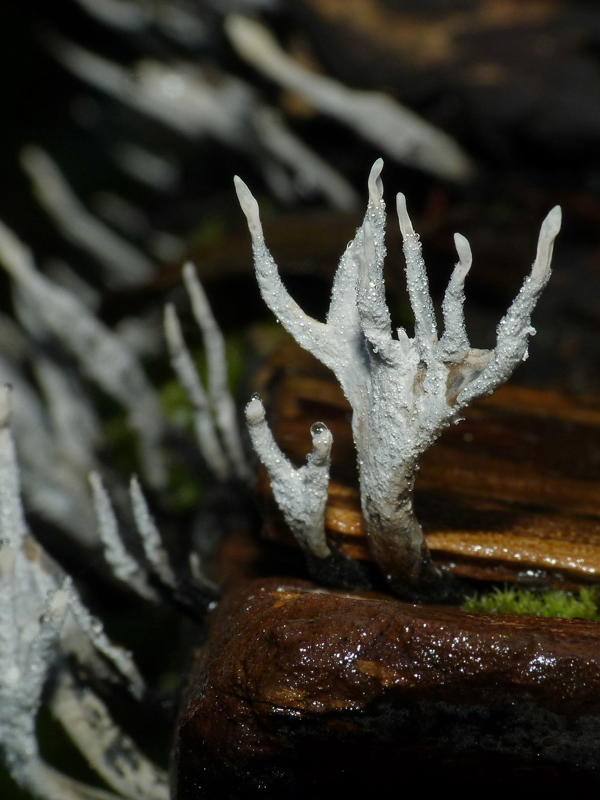 Don't panic, I've not gone completely mad though anyone who hasn't seen this mental blog will have no idea what I am on about. Have a look at the Field Guide as well.

This morning was one of the those superb bright crisp days with a frost. I decided to spend an hour or so our with the camera looking for fungi. Seeing as I had to go and pick up Isabelle from Ullesthorpe I decided to walk along the old railway cutting near Leire, known as the Jubilee Walk. Down in the cutting it was pretty damp and mossy with plenty of fallen branches hosting fungi. I found a few species, including at least three definitely new for me plus others that I haven't managed to ID as yet. 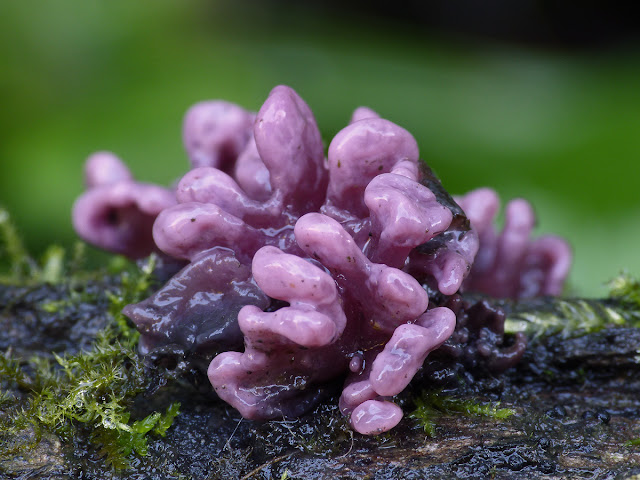 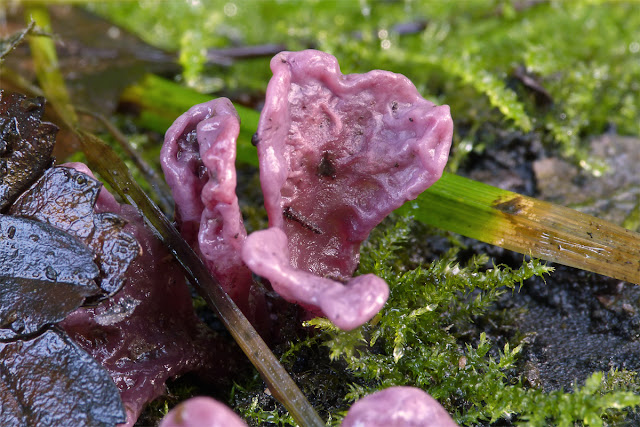 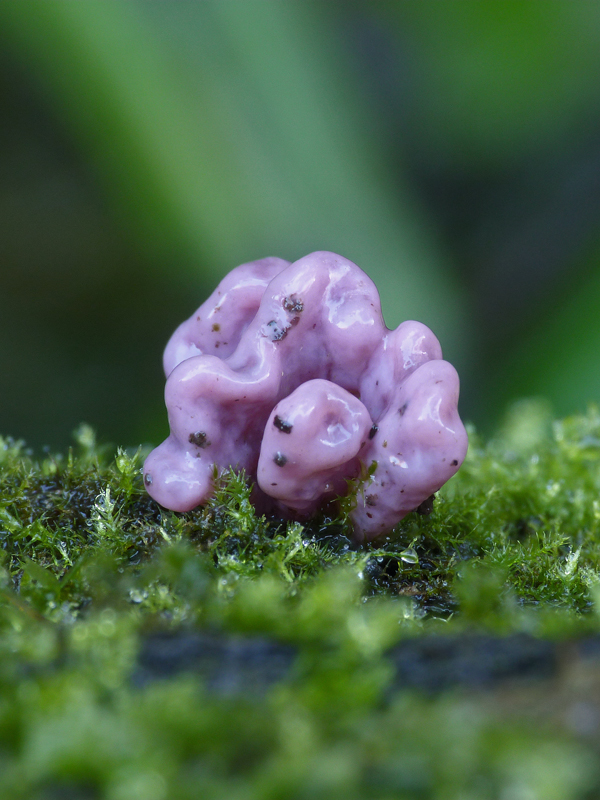 This one is Crystal Brain Fungus (Exida nucleata) - fungi have great vernaculars. 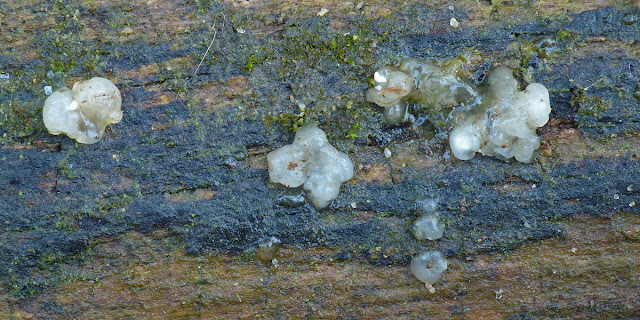 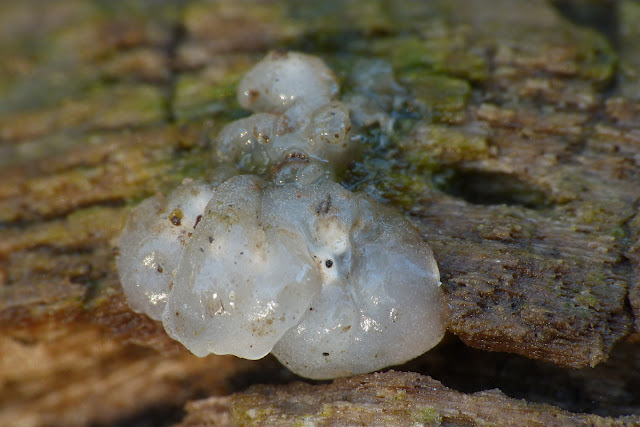 I only took one shot of this next one and didn't really see it properly, otherwise I'd have tried to get a better shot showing why it is called Common Eyelash (Scutellinia scutellata) - I've posted a close crop to show the lashes. 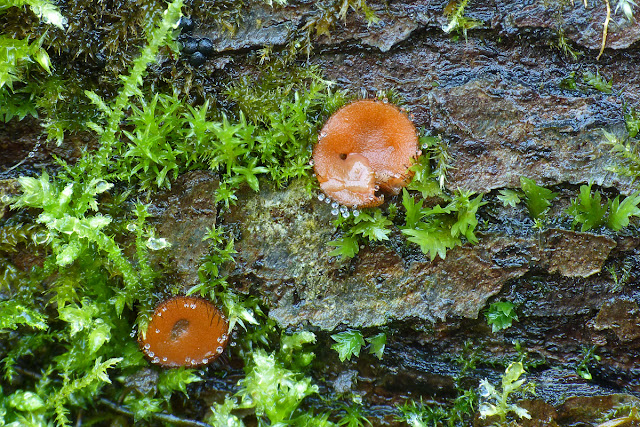 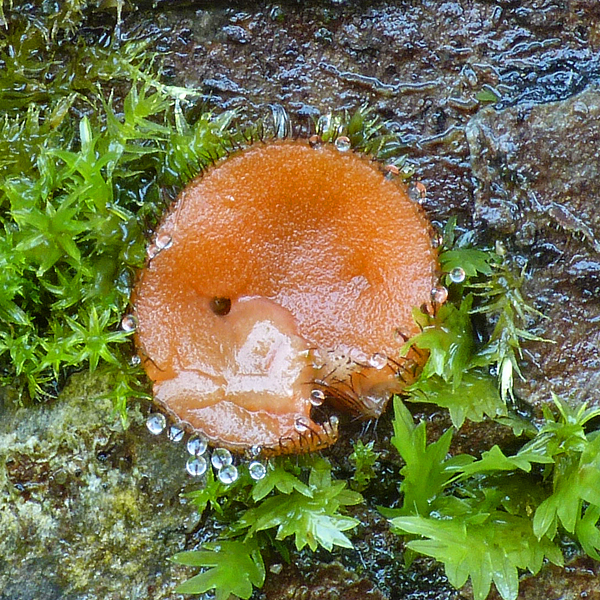 Not sure what this next one is, and not sure if it is a fungi or a slime mould of some sort - very velvety looking edge to the 'crust'. I'm sure it's the same thing growing in the moss on the following shot. 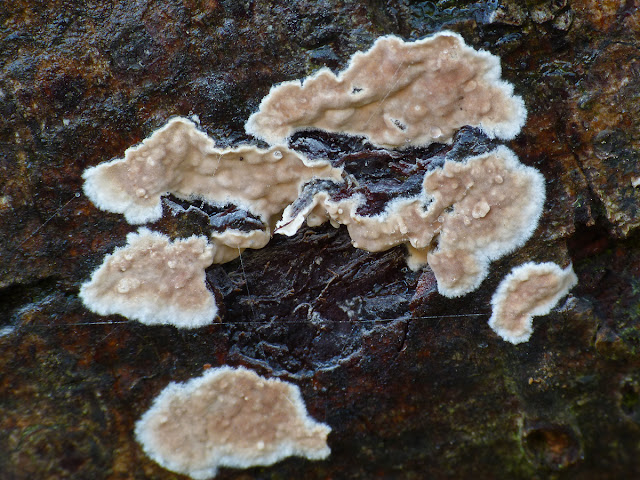 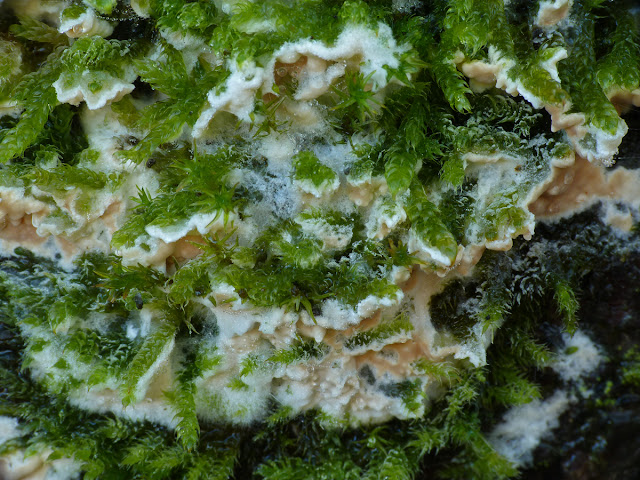 Shaded spots along the cutting were still frosted up. Here's a frost-crystal interlude .... 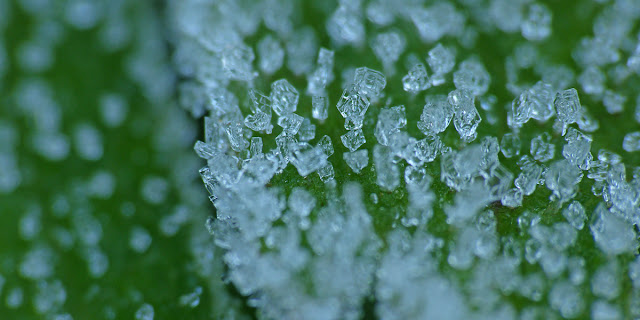 The next three species are not new to me, but it was a good opportunity to try and get new/better shots. 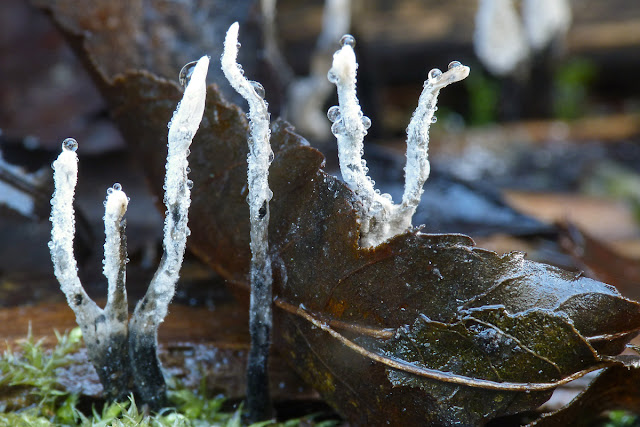 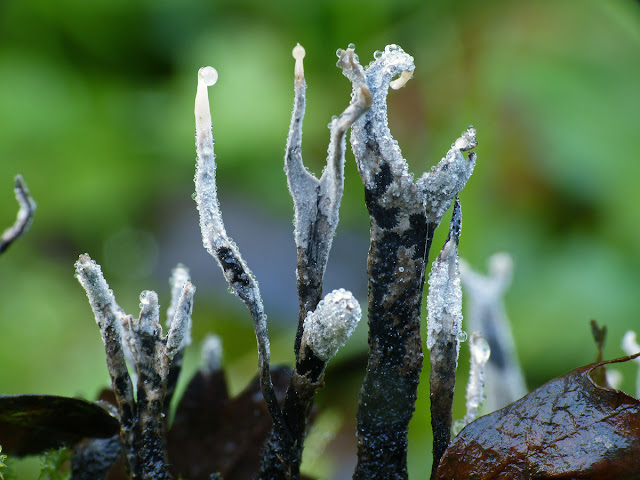 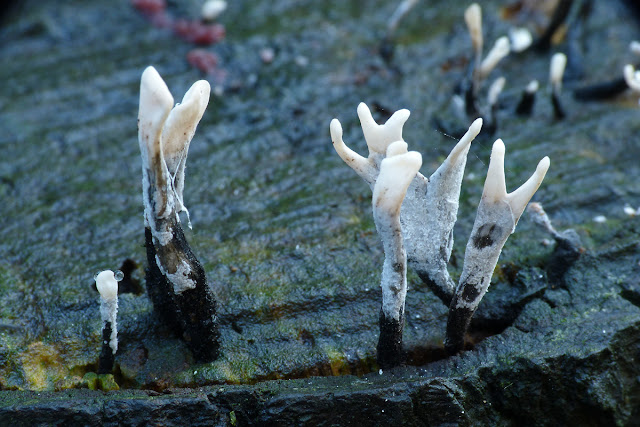 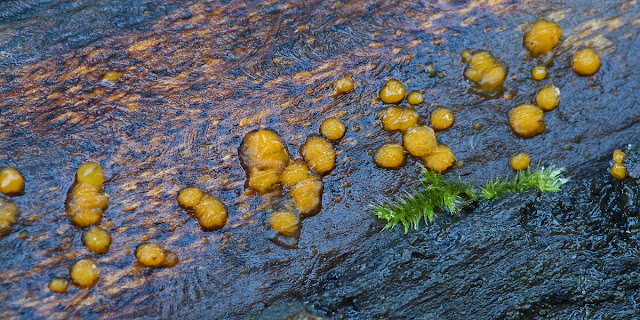 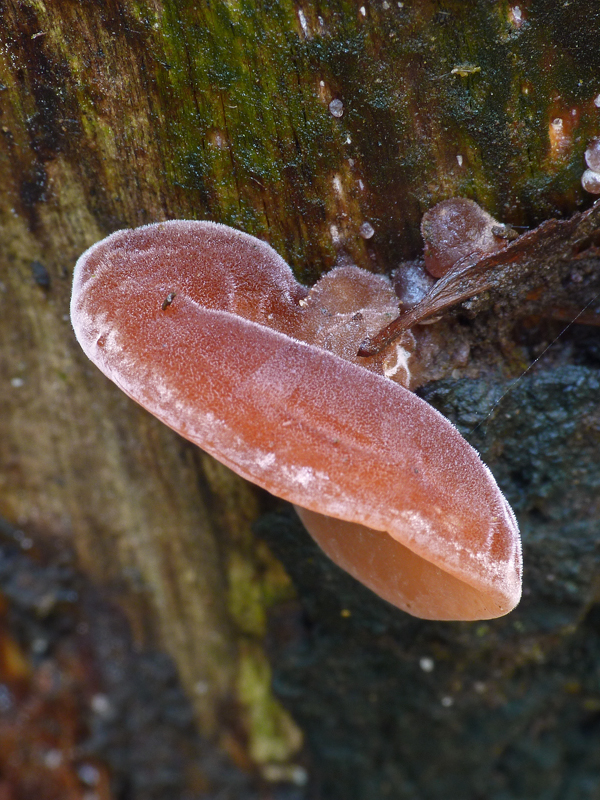 The next three bracket type fungi are all as yet unidentified - though none of them look especially exciting. 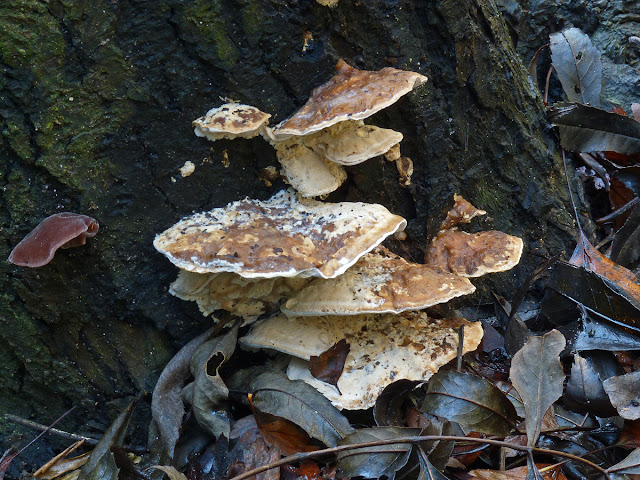 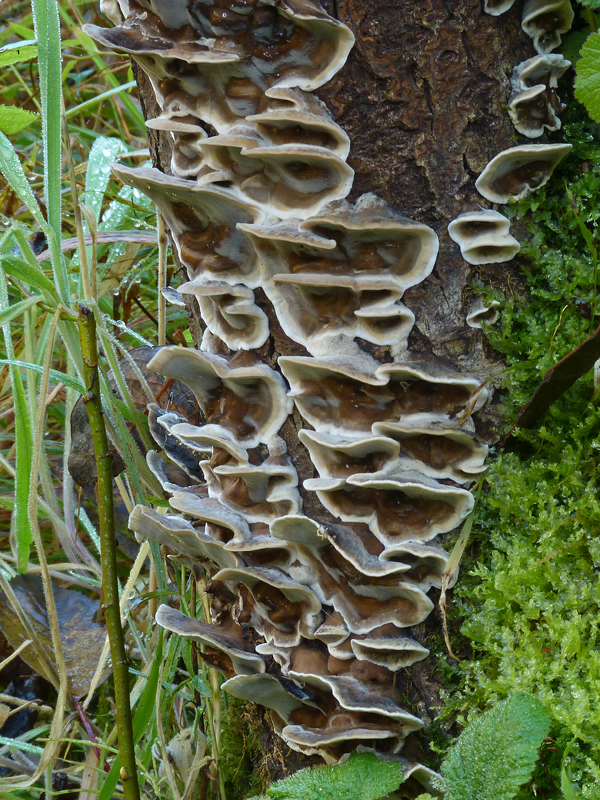 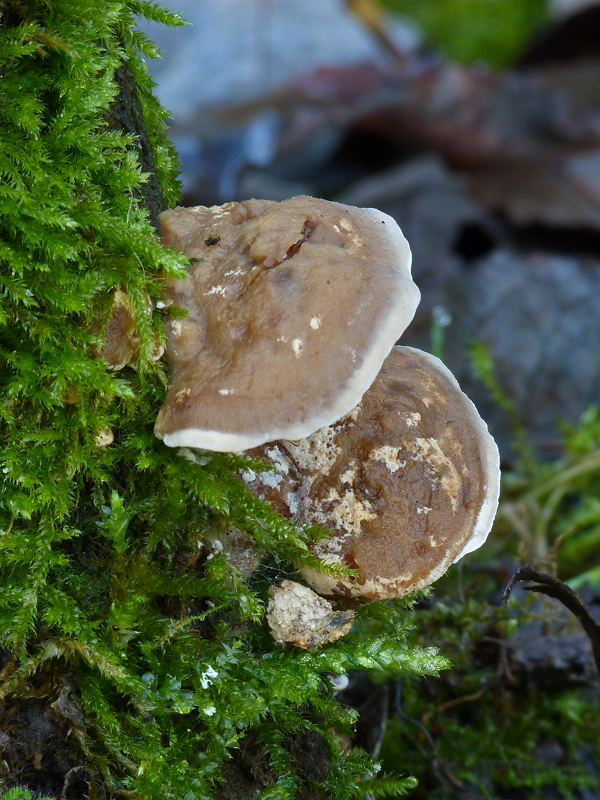 Totes quoting you on my endorsements. Cheers, bloke!

Great photos as always. What camera do you use? Also, when photographing inverts do you use a macro ring flash?

Absolutely nothing fancy - or expensive - about my camera gear. No DSLR, macro lenses or image stacking software!

I use a Panasonic Lumix FZ45, with a macro conversion adaptor (Raynox DCR-250). These shots were all taken using a tripod, camera in aperture priority and on self-timer mode, and with natural lighting (apart from the first shot which was with the in-built flash).

I also have a Nikon CoolPix 4500 that I use with the Nikon CoolLight ring LED for indoor moth shots - though I think this will be increasingly redundant.