Nipped out today into the clear blue skies, blinding sunshine and freezing cold. I headed over to Swithland Res, down Kinchley Lane and had a look at the Velvet Scoters that were picked up yesterday. The first-winter drake was showing well from the dam end - at least for scope views. The bright lighting, viewing angle and distance made for completely rubbish silhouetted record shots from me - hopefully someone with more patience and a huge lens got some proper shots. 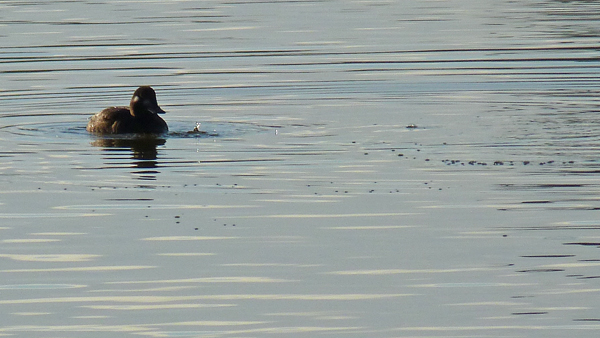 The two females were very distant and barely discenible even with a scope, looking directly into the glare right across the northen section to the viaduct. Otherwise, all the usual Psychidae noted on the walls, along with this chrysalis which I am sure is one of the 'whites' - just not sure which one exactly. 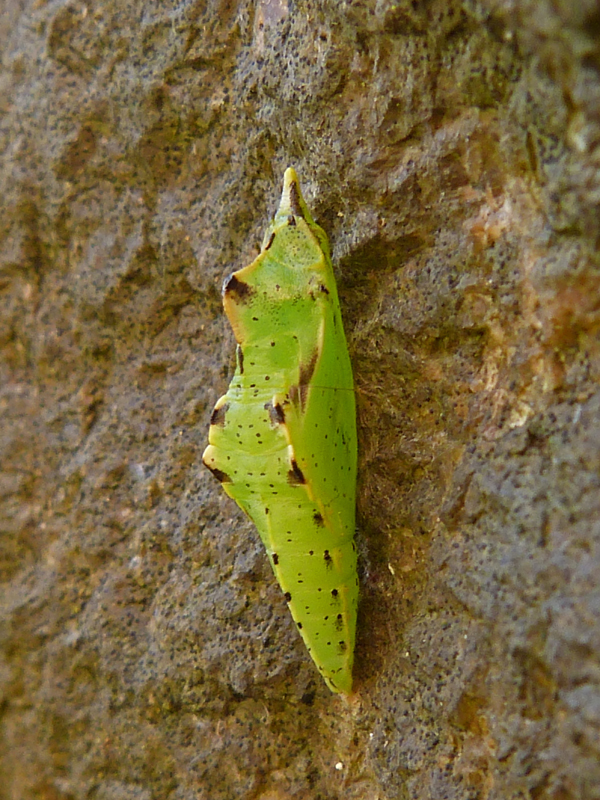 I headed back round to the southen section and had a look out from the causeway - not a lot there but plenty of gulls loafing, with Black-headeds going mental everytime someone came along with a bit of bread. Made for some nice shots, and seeing as I've not posted a Black-headed Gull shot for 22 days I'll post some now. 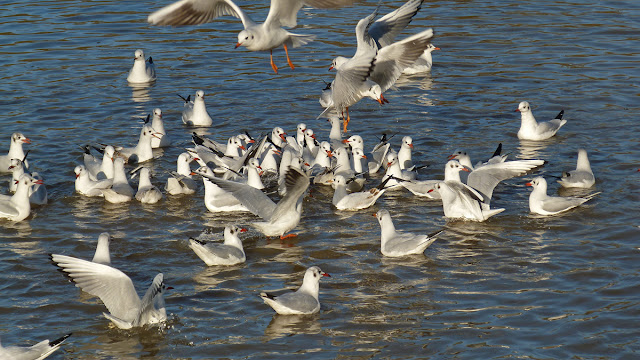 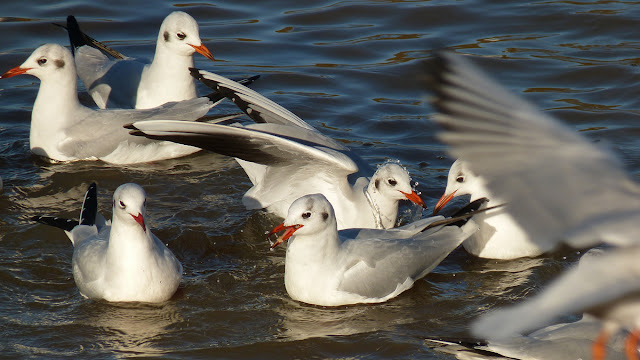 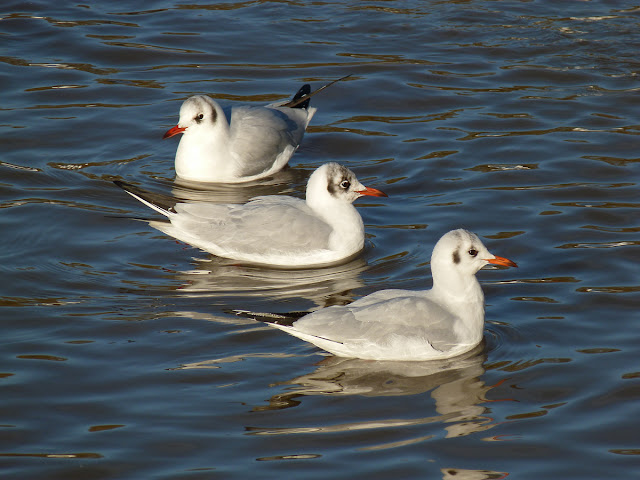 With things to do in the afternoon, I headed for home via the balancing pool at Grove Park in Enderby. Gulls sometimes gather there, and with the liklihood of the pool being partly frozen I thought it would be a chance to find colour-ringed gulls. As it happens, there were plenty of gulls though nothing unexpected and none colour ringed. 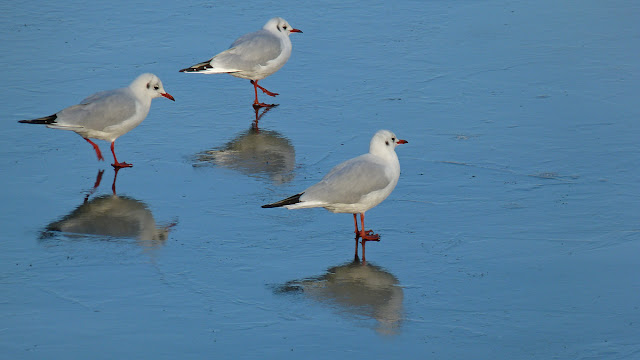 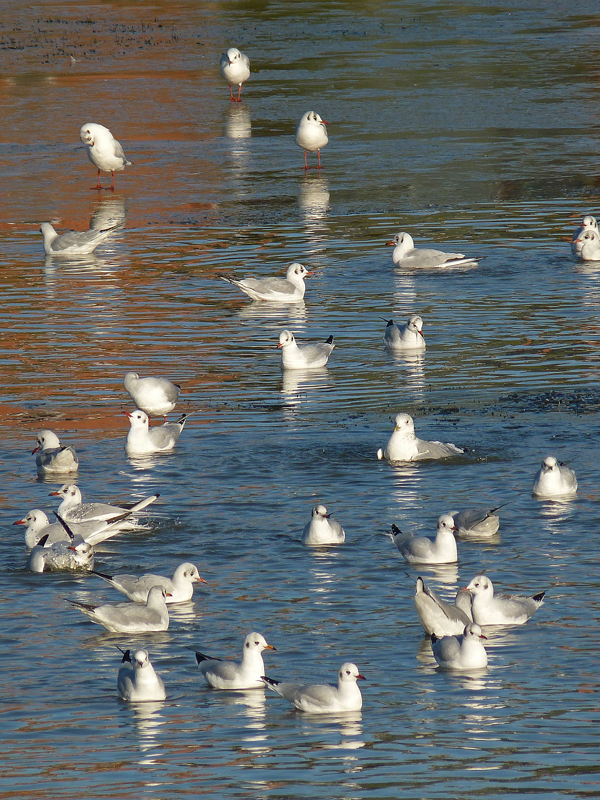 Spot the odd one out 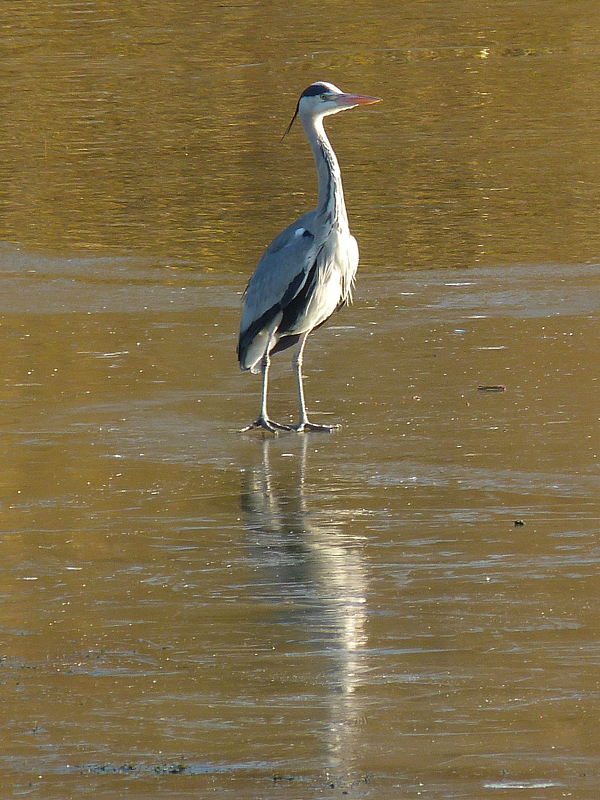 I did see at least three gulls with normal metal rings, though none well enough to read. I also found one gull with a serious story to tell, but I'll save that for another day.
Posted by Skev at 20:21