De-ringer Pulled My Leg Off

Egg thieves, grouse moors, habitat loss, global warming, Rod Hull - for years birds have had the rough end of the stick when it somes to relations with mankind. And whilst conservation societies, ecologists, naturalists, that woman who feeds the duckies and Johnny Kingdom all do their best for our birds, a new craze is threatening them. A craze that is sure to stop our birds getting their feet on or under our bird tables.

For centuries, birds have been subject to mankind's lust for keeping lists. It was only when the list-keepers started using optics rather than shotguns that the rot really set in. Whilst many of the modern-day lists are a bit of pointless competition, or at worst an all consuming class A habit, in the main the birds are not directly affected other than being a bit embarrassed by all the attention and comments like 'cor - look at the vent on that' and 'piece of shit, looks a bit plastic' and 'OMFL!'. But one branch of list-keeping developed into a more direct hands-on approach; a seedy and secretive sideline called ringing.

At first ringers maintained a respectable outward appearance and even claimed to be doing some good for bird conservation, but behind the scenes it was all a sham. After a good all over fondling, each bird had a metal ring closed onto one of its legs. The ring bears a number and each ringed bird became, effectively, someone's property - the property of the ringer. More than just a name on a list, numbered and catalogued like a possession.

But recently extremists have broken away from the ringing fraternity and taken this further. Not content with 'owning' their personal collection, some have found a way to steal another mans bird. Once closed, the rings cannot be taken off. At least not off of the leg whilst attached to the bird. And the evidence is that the craze for de-ringing is on the increase. I found this distraught victim yesterday, who did not want to be named. He explained "It started two years ago. I was minding my own business eating some crap on a tip when there was this big bang like and then next thing I knew I was being bundled into a bag and taken off without being able to see anything. Before I knew it some big bloke was feeling me up all over and blowing up my cloaca and chuckling to himself going 'you're my precious now' and then next thing I knew I got this metal thing on me left leg and I'm being thrown out of a window." Bill continued "At first it was a bit odd, but before long I was getting me confidence back and settling back into my routines. Then a couple of months ago I'm back on the tip and it all starts again only this time when I got pulled out the bag this new geezer was like ' Fuck that - I'm having your ring' and he just pulled me bleeding leg off and then stuck a new ring on me right leg. That bloody hurt that did." 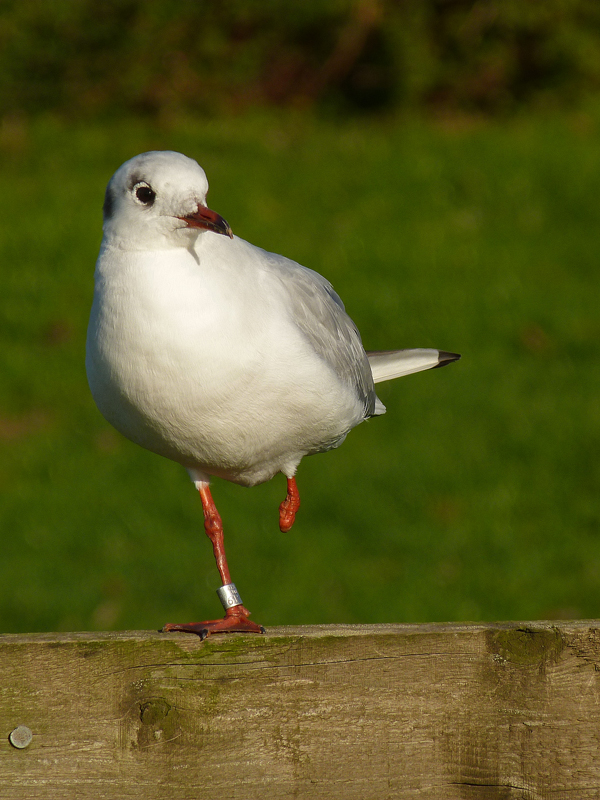 Bill, who did not want to be named.

More and more cases are starting to come to light, and normal ringers have been quick to disassociate themselves from this de-ringing fetish. One ringer called Mick who did not want to be named said "honestly, I'd never put my hands on another mans ring. Or pull one off." Meanwhile, for Bill and other victims there is nothing but a life of fear. As Bill said "Everytime I hear a bang now I just think 'shit', what happens if another one of these sadistic bastards gets hold of me? I mean it's hard enough eating crap on a tip on one leg, but doing it with no legs is going to be really tough." 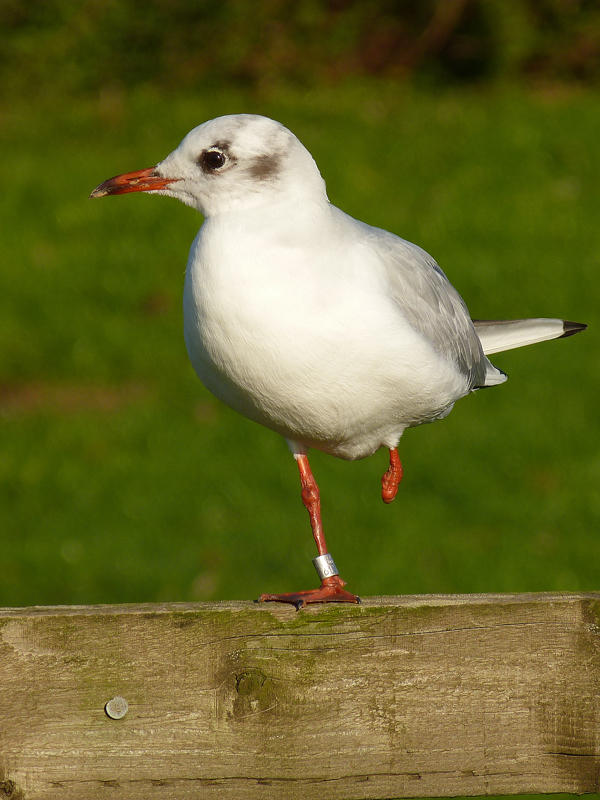 Bill, looking worried and nervous
Posted by Skev at 00:16