I've spent a frustrating half-hour or so trying to get a shot of this beetle. It won't sit still, and the flash distorts the colouration. 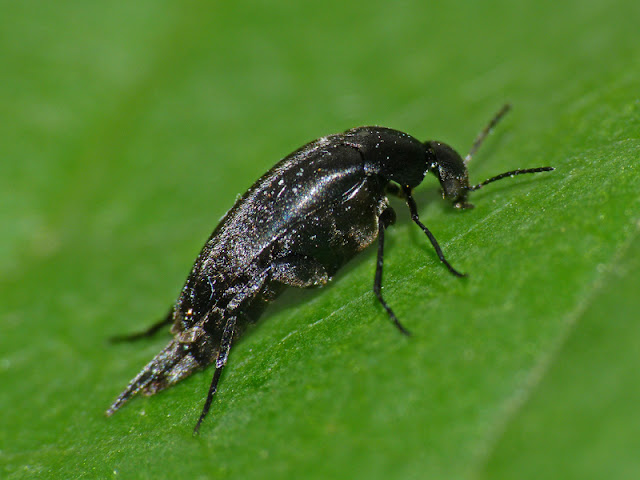 Comparing to various other on-line images, it appears closest to Mordella aculeata - though no idea how likely or unrealistic that is at the moment. It is a slightly browner colour than these images appear with no obvious markings, though there are some fine hairs on the elytra which reflect more strongly with the flash. 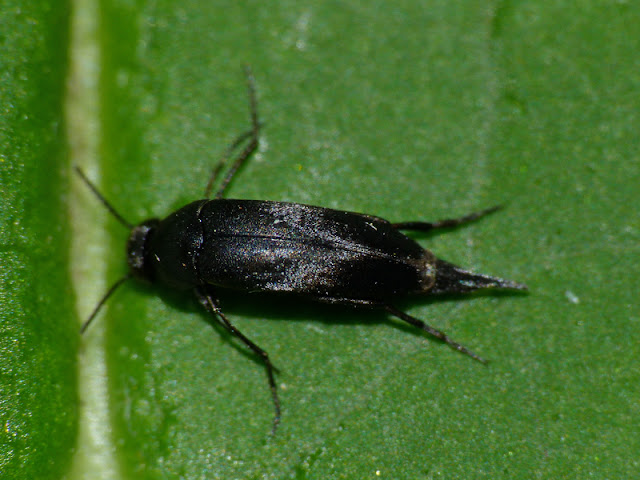 Quite likely that this one will need a much closer look see at some point.
Posted by Skev at 21:13

Mark,
The all-black mordellids are not really the sort of beetles you can ID from a live specimen. If you want to get into them, start here:
http://markgtelfer.co.uk/beetles/mordellidae/
Mark

Thanks Mark - I guessed as much and as I said it's one I'll hang on to for a later more intimate scrutiny! I'm taking it as a positive that I'm in the right ball park for a start.