I take lots of photos, and just about all of the ones that are published on this blog have been processed through Photoshop. I must start by stating that I in no way consider myself to be any sort of Photoshop expert - there are lots of things that can probably be done, or can done a lot more easily, that I have no idea about.

The vast majority of the images that I post on here have minimal intervention other than adjusting contrast/levels if necessary, a little unsharpening, cropping and then I save in the web-optimised format. Here's an example of something straight from the camera - no adjustments or cropping, just resized: 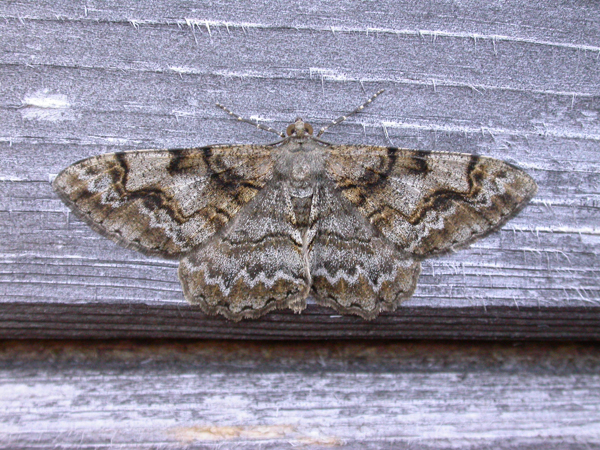 and here's the same image cropped and with minimal tweaking: 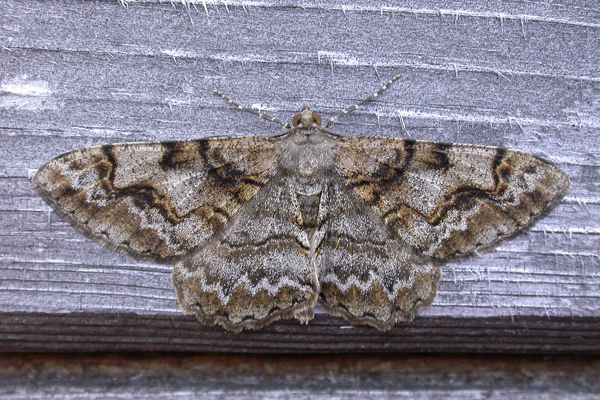 This is the typical pre and post Photoshop result that I am comfortable with as being 'normal' for digital photography, and I would in no way consider this to be 'cheating'. But the amount of adjustment and fiddling is basically dependant on how good the original image is, and that in itself is dependant on how good the lighting was etc. Sometimes to get something useable requires a bit more effort, like removing colour casts or changing colour curves.

Here's an example of a completely useless original image of a mobile subject taken in rubbish indoor lighting - no tweaking at all, just resized: 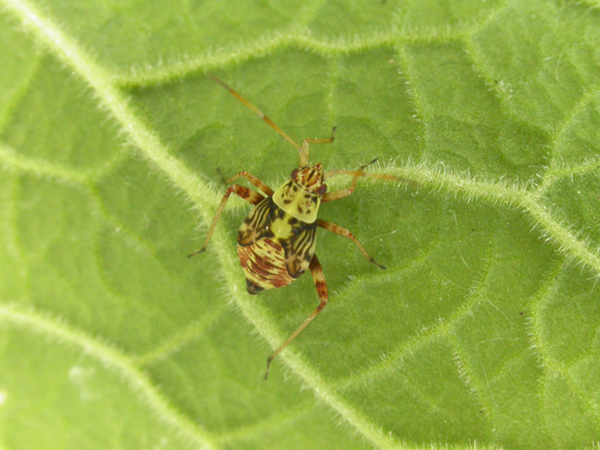 and here's the same image after removing the colour cast, tweaking contrast and levels, unsharpening and cropping - still a rubbish image but a bit more useable than might have been possible without Photoshop: 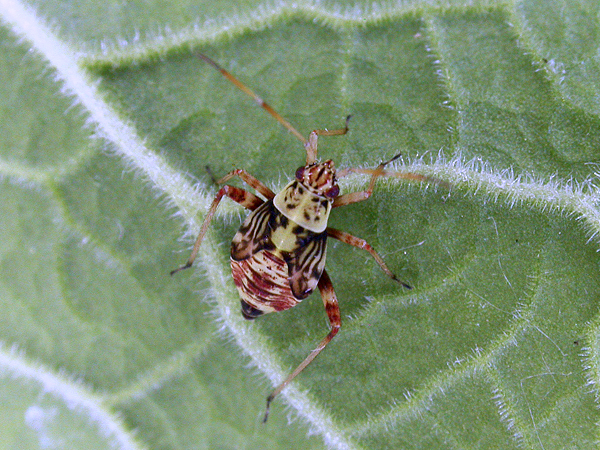 To my mind, this is still within the bounds of acceptable manipulation - any dissenters?

Even less frequently though, I'll do something a bit more fundamental like completely removing an annoying bit of background or fixing some damage. Here's a before and after comparison: 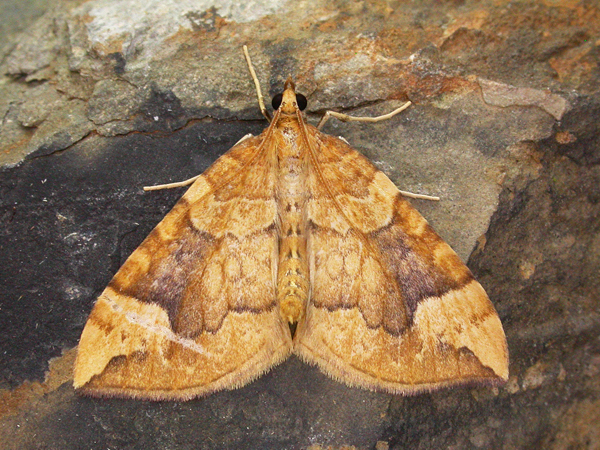 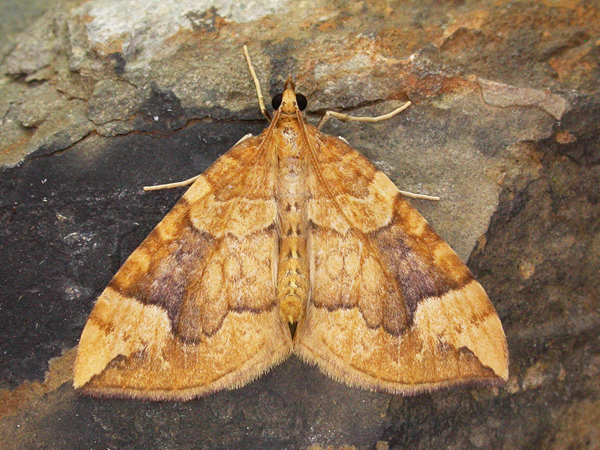 On the one hand I am quite chuffed at how expertly I have copied part of the right wing, flipped it and pasted it onto the damaged left one such that you wouldn't have noticed if I hadn't told you. However I do feel as though this is the equivalent of airbrushed actresses in their late 40s appearing on magazines without any wrinkles or blemishes and always with just the one chin.

So, where exactly is the boundary between acceptable and deceitful digital manuipulation of images? Is there one? All thoughts and comments welcomed.
Posted by Skev at 21:27

There is nothing that you have done to those images Skev that I find unacceptable. We tend to forget that these are the same images that would have appeared if the lighting and focusing had been spot on (apart from the moth wing retouching that is). When photographs were printed in darkrooms, the photographers used all sorts of tricks to manipulate an image into a better result - there is no magazine or book on earth that publishes 100% original untouched images - and as long as there is no falsification involved to deceive others (pasted in Ptarmigan on the bank of a Leicestershire reservoir), then there is no moral failing that I can see.

I mainly agree with Steve, but am not quite so easy about twig removal and all that jazz. Mainly because I can't do that kind of thing with my primitive software.

Chins, however, are fair game.

I agree with both of the aforementioned comments, nothing wrong with a bit of "tidying up". One can't be in denial of todays technology as long as it isn't used to falsify or con.

Sorry for the other night mate, I was as you obviously gathered pretty tanked up! My Mrs gave me a bollocking for not being very accommodating and wabbling all over the place!

As far as i'm concerned Mark you can do whatever you like to an image in order for it to reach its full potential.

I consider photography an art form and the end result is all that matters to me.

If the composition in an original image is 'there'...then use technology to enhance...[i used to develope and print in darkrooms and there was always 'tweaking' involved]...

ps...you take some really good photos and i don't give a gnats wank how you achieved them...

I have no problem with cropping or color correcting. However, your last photo where you flipped the right wing seems to me to be a bit dishonest. I just got another permissions request to use one of my crappy blog photos; she liked the spontaneity of how natural it was with twigs and leaf litter in the foreground. I think it comes down to what your goals are for your own photography - do you document what you see as you see it, or do you wish to create a "perfect" masterpiece?

Thanks all for comments so far, seems to be a general acceptance of basic colour/balance etc adjustments, but differing views on the more 'creative' Photoshopping.

Absolutely agree that manipulation to support falsification / stringing is completely unnacceptable. Luckily, my Ptarmigan was just over the border in Northants, I'll post the record shot someday.

Paul - rest assured there was nothing to apologise for, other than making me envious that I'd not had a few looseners in the afternoon!

Beast - I know all about a gnats chuff and a gnats cock, but can't find anything on the tinternet to help establish if a gnats wank is more or less significant than a rats arse?

Katie - fully understand your point and, trust me, there are lots of unadulterated photos on this blog. It's not something I do frequently, and usually it's to cover up something that's annoying me (like the damage caused to that Northern Spinach whilst I potted it - the altered image is more like it was before I ruined the live moth!).

I'm with Beast. The purpose of that photographing that Northern Spinach was no doubt to show off the beautiful markings of the species - not to show the viewer what a knackered moth looks like.

You weren't trying to document that particular individual's condition. None of Lewington's images show worn/knackered moths either - he just uses different tools.

Photoshop away mate - provided no deceit is carried out, no crime has been committed.

Ah - good to see you are still here Keith ;-) When are you going to update your website!?

I will have to update the tinternet re the 'gnats wank' which is, in my opinion, a more expressive term than the traditional and much over used 'rats arse' reference...[chuckle]..!

On subject tho...naturally i was taking the deceit thing as a 'given' and a strict 'no-no' when it comes to documenting stuff...be it bird/moth or whatever records..

Must always be remembered tho that the camera often lies..ie...a digital artefact can lend support to the ID of a bird when in reality it appeared quite differently. Colour tones can often be emphasized etc...[also markings...such as on the 'apparent' SBcurlew that was up north all them years ago...!