This micro turned out to be the last moth that I recorded in 2011, though I saw a few fluttering geometrids along the lane on Friday night. 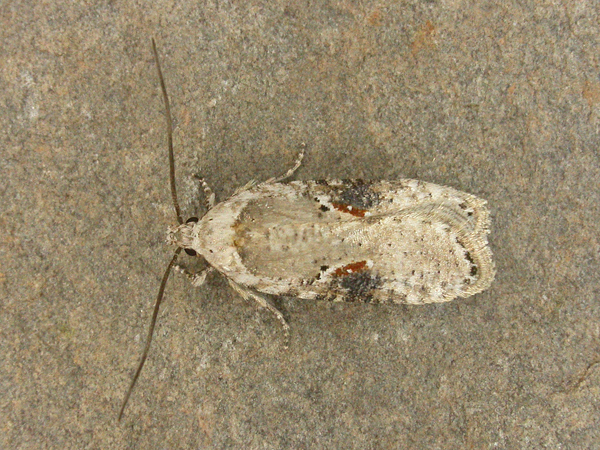 Agonopterix alstromeriana
Sadly it's not from last night. It's actually from back on 21/12/2011 (attracted to lit window) and it's been happily sitting in a pot in my fridge ever since - today is the first day I've been at home in daylight since then with enough time to fanny about photographing it. It was very mild but windy last night and I was tempted to get the trap out when we got home from London (not late, we didn't stay for the fireworks etc) but decided against it. In fact the biggest bonus last night was that the windy conditions must have made it hard to get those stupid fucking lanterns going as only one or two seen (versus a 100 or so last year).  I have run the trap on a couple of mild nights in late December but scored bugger all. I was thinking of giving it a go tonight to try and get the 2012 garden moth list up from zero, but after a mild dull grey day it's now pissing it down heavily.

Had a great day in London yesterday making good use of our Merlin passes. We strolled up to and onto the Eye without any of that queueing for tickets nonsense. We last went on it in 2003 when Alex was a baby and Josh was two and a bit, so they remembered about as much of it as me from last time. Afterwards we had a walk along the Thames towards London Bridge passing and seeing a good few landmarks on the way (eg The Globe, The Golden Hind, that stupid Millenium Bridge, St Pauls, the 'Gherkin') and passing lots of street performers and ignorant 'get the fuck out of my way' type joggers. We then went into the London Dungeons. Never been before and wasn't quite sure what to expect but it was great - even the nerve-jangling bits were good and Isabelle's manic screaming at various intervals helped to make it even more fun. The 'hanging' ride at the end (The Drop) was exactly the sort of thing that makes my stomach churn without it being pitch black. We then headed back to the Eye to see the area lit up. We'd already seen the firework barges in the day, and with the massive sound system it did look like it would be a good spectacle but there was no way we were going to hang about for six hours or so. We saw a brilliant firework display at Alton Towers on November 5th anyway and that lasted twice as long as those in London last night - same thing with synched music and lazers, quite probably the same pyrotechnic company running it. 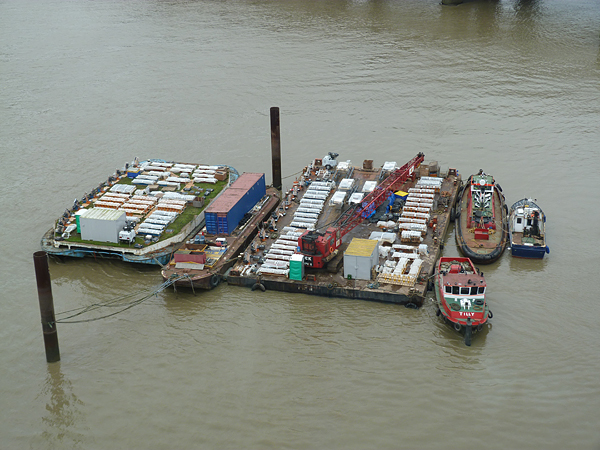 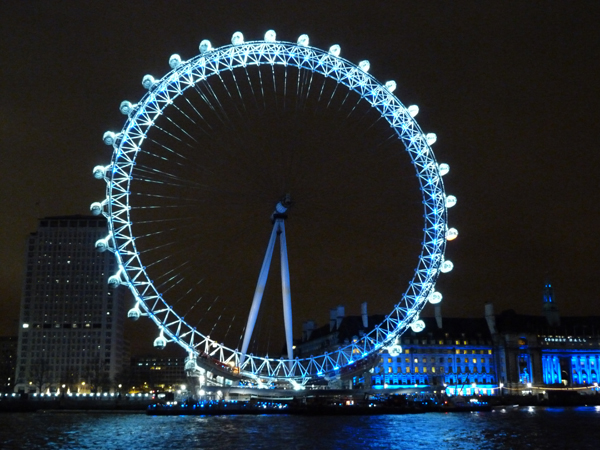