More birding - with a Tarts Tick to boot

Headed out this morning to Rutland Water for a long-overdue appointment with an over-wintering Snow Bunting. It has been loitering around the Old Hall area, but that was pretty much all I knew. I haven't been to this area for a while and was surprised at how low the water is - well short of the normal shoreline. This in turn meant a big expanse of 'muddy marsh' for a bunting to get lost in. 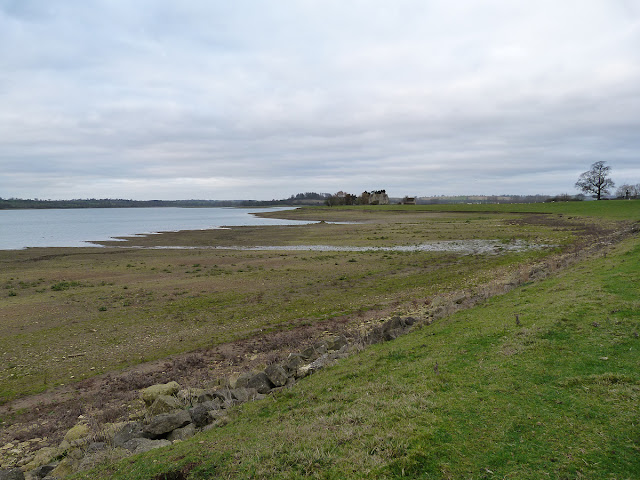 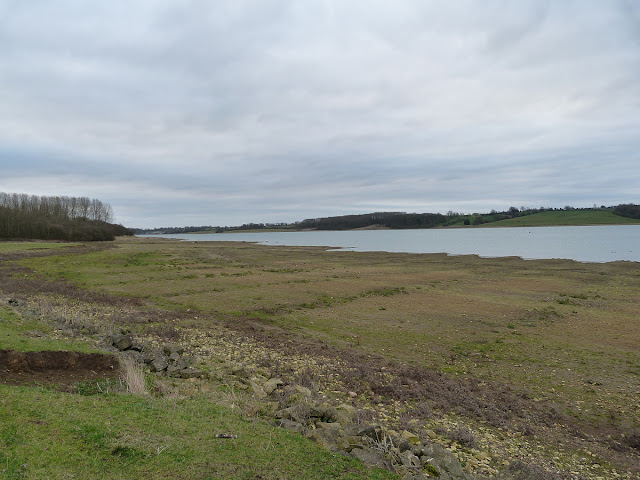 I head a bloody good search all along the area east of Old Hall, and bumped into a couple of others doing the same. We all drew a blank and aside from a couple of Pied Wagtails there were no passerines anywhere along the 'marsh'. I did pick up a few other nice yearticks though (nothing photographable): Scaup, Goosander, Goldeneye, Redshank, Egyptian Goose and Marsh Tit included. Eventually I had just about got back to the Old Hall when I heard and saw a couple of Meadow Pipits drop in behind me, but a quick search and nothing else with them. Around the same time I bumped into Matthew Berriman who also hadn't seen the bunting but confirmed it has been using teh area I was searching and that it was cohorting with Meadow Pipits. Whilst we were talking a few more pipits came in and, finally, so did the Snow Bunting. Get in - a county tick for me (albeit a bit tarty these days with a few easily twitchable ones in recent years that I haven't twitched!). Also a Reed Bunting knocking about with the flock.

It was a bit distant though seen very well with optics. Whilst Snow Bunts maybe quite approachable, Meadow Pipts aren't so no chance of getting a good close shot. So I opted for a distant pants vidiclip instead - you won't see a worse effort anywhere else on the net.

After filling my boots, I opted to head over to Eyebrook for a quick look. Again I haven't been for a while, and it looks like someone has pulled the plug out. I have never seen the res so low. 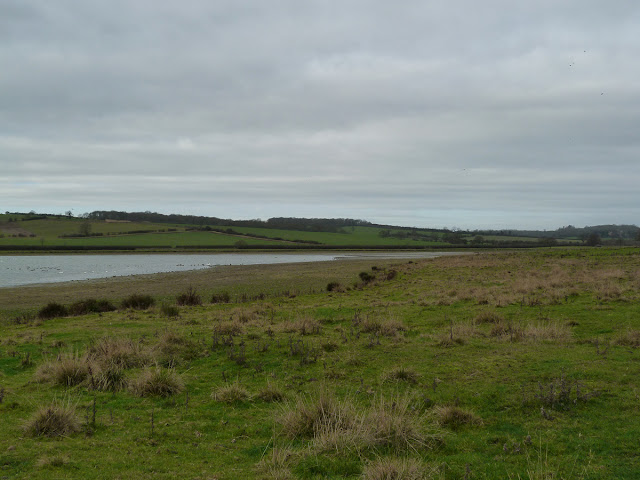 A few more nice birds for the year, including: Smew (drake and redhead), Pintail, Gadwall, Golden Plover and Dunlin. I completely forgot about the regular Green-winged Teal until I was half way around the res, and I was not compelled to work my way back and start looking for it. Maybe another day.

I ended the day on 64 species - hopefully a few calories burned with all the walking as well.
Posted by Skev at 20:08

I have seen far worse bird vidclips on the net than that Mark...[ain't saying on what blog tho]...!