A pair of Red Kites over the A43/A47 roundabout early this morning put me in the frame of mind for a spot of birding. I had a work commitment in south Lincs close to Wisbech & Kings Lynn, but once I'd left the plant I decided to head up to Titchwell for a couple of hours - first visit since November 2001.
A very optimistic drive around the Wolverton triangle on the way produced the expected no sighting of Golden Pheasant (are they still there even?) but a Mutjac was at the roadside out in the open briefly - too brief to photograph!
I wasn't really expecting anything in particular at Titchwell, although Bearded Tits would have been nice (proper ones, not the female bearded tit we encountered at Blacktoft). The weather was a bit off and on - nice sunny spells increasingly interspersed with very dull and blustery conditions and threatening rain.
After watching the usual suspects on and around the feeders, including some extremely fat looking Woodpigeons, I headed off onto the reserve. 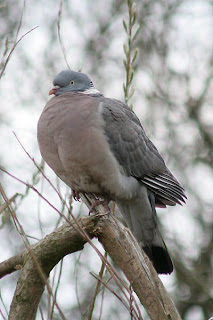 Approaching the Parinder Hide, suddenly everything was up and I picked up a Peregrine diving through the gulls, ducks and waders - amazingly it missed them all. 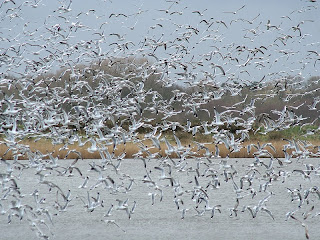 A pair of smart adult breeding plumaged Med Gulls amongst the many Black-headeds and Commons reminded me of when I ticked Med Gull at Titchwell in May 1993. 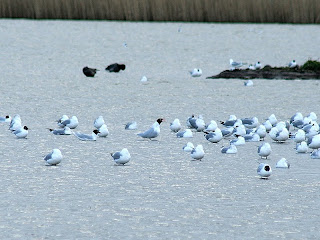 Ducks were mainly Shoveler and Teal with a good few Shelduck and odd Mallards, Wigeon, Gadwall and Tufted. 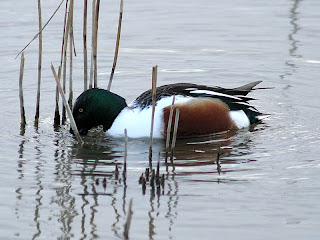 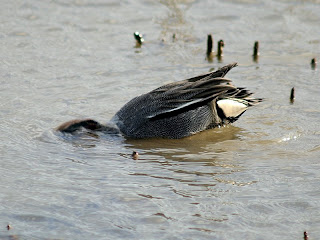 Plenty of Brents although no sign of the Black Brant (probably due to not bothering to look for it). Waders were predominantly Avocet, with Oystercatcher, Curlew, Snipe, Black-tailed Godwit, Lapwing and Turnstone also noted. It's probably classed as treason by the RSPB, but I really don't like Avocet - I think they're a bit aggressive when breeding to the detriment of other breeders. 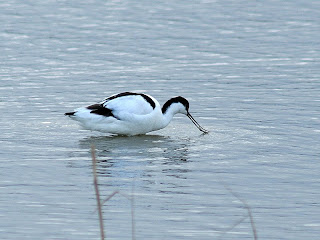 A stroll down to the beach, picking up Little Egret on the brackish marsh en route, produced nothing but cold hands and watery eyes. It was blowing hard in-off! The beach was littered with razor shells. 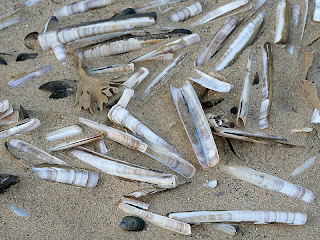 Back to the new-ish Fen Hide in time to see typically brief views of a Bittern diving into the reeds, plus three Marsh Harriers and a Barn Owl. It was now getting cold so I buggered off rather than hanging about to see if the recently regular Hen Harrier got heavily buffeted on its landing.
The birding wasn't quite over though, as I picked up both Barn and Tawny Owls along the roadway exiting Houghton-on-the-Hill before turning onto the Stoughton Road.
Posted by Skev at 23:50

No sign of the reported Water Pipit then? Titchwell has produced very little on the sea at all this winter. I wonder what factors are in play here?

Med Gull in breeding plumage has to be the loveliest of all the gulls. I have to agree with you about the Avocet though, aggressive buggers they are and it's high time the RSPB did something about them! ;0)

Hi Mark, nice shot of the seagulls on the sea, almost as good as one of Andy's paintings!;-)

No Water Pipit for me - not sure it was around yesterday though.