WCP South - The Good, The Bad and The Ugly

Had a drizzle-free but windy walk around both lakes this afternoon with Josh & Alex. They were sharing a pair of compact bins that were free courtesy of a works meal/match package at Leicester Tigers last year. 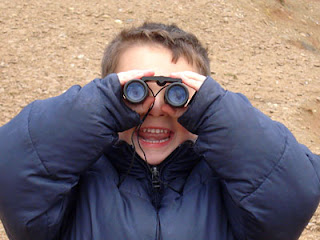 Alex perfecting his Benny Hill look.
On the bird front, I completely expectedly managed no sight or sound of the recent Cetti's - if still present it was no doubt tucked up and laughing at me. So other than a couple of squealing Water Rails, best bird by far was a very confiding and easy to see Short-toed Tree Creeper perched on one of the highly informative and accurate ID boards dotted around the southern lake. 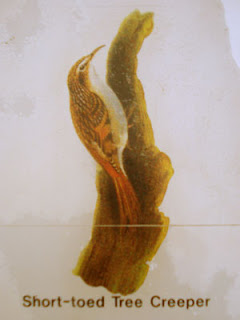 I used to visit this site regularly when I first started birding regularly in c1990. Back then I used to park in a sort of slip road off of the main ring road, next to where now there is the optimistically named Waxwing Wood. It was relatively quiet and the waterside scrub was almost non-existent. There was no board-walk, but there was a fairly adequate hide looking onto the southern lake. I've seen some good birds there in the past, and ticked my first White-winged Black Tern (1994) and Marsh Warbler (1996) there. Most of the developments that are in place now have been there for some time, and the last time I visited was when a Kittiwake was there in 2000. Aside from the birds, or lack of, there were three things in particular that struck me today as I walked around:

The Good: once you get away from the car-park, the waterside scrub and reeds have developed into a very promising looking habitat. I especially like the southern end of the southern lake and the board -walk section of the northern lake. It's no surprise that Cetti's should turn up here, and the habitat is not unfavourable for breeding (but how long have we said that about Cetti's in VC55). 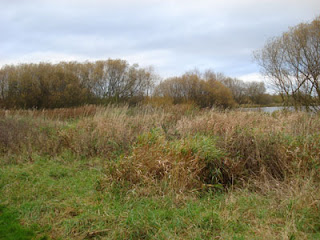 The bad: the wankers that insist on driving in, emptying three carrier bags full of bread for the geese and turning what should be an excellent site to get people interested in wildlife into an un-hygienic cesspit. I saw a rat lurking about (what a surprise), it stinks and looks fucking awful. These tossers deserve nothing more than a mountain of goose-shit on their heads and cars. 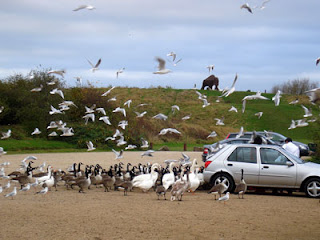 The ugly: I know it's not new, but that stupid Mammoth statue looks ridiculous. 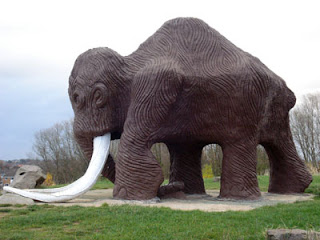 With more time and less offspring I'll spend more time here and around the better Wanlip lakes.
Posted by Skev at 21:59

Thankfully not many people seem to use the ID Boards for puprposes other than reporting where the Cetti's is otherwise we might have the Rarities Committee dealing with a rash of spurious claims.
It would seem that thankfully even the fabled Burbage Birders don't bother submitting their fantasy claims such as Red-breasted Flycatcher at Stoney Stanton. If you're in the mood for a laugh I suggest logging on to their website and looking at the sightings pages http://www.burbagebirders.co.uk/ I notice no one is brave enough to put their names to the continuously reported Goshawks at Peckleton. They're fucking Sparrowhawks you morons!