I managed to head out for a bit of a walk this afternoon after a GP Surgery appointment, and I decided I'd head up to the northern stretch of Aylestone Meadows within my 5MR. One thing I realised quite a while ago is that I should have made an effort to sort out some sort of route-tracking app. on my phone that would trace my steps and calc. the distances this year during my square and 5MR walks. I remember this every time I'm out, when it's too late to bother, and I guess there's not much point starting now. Today's walk was only c2.5miles in any case. 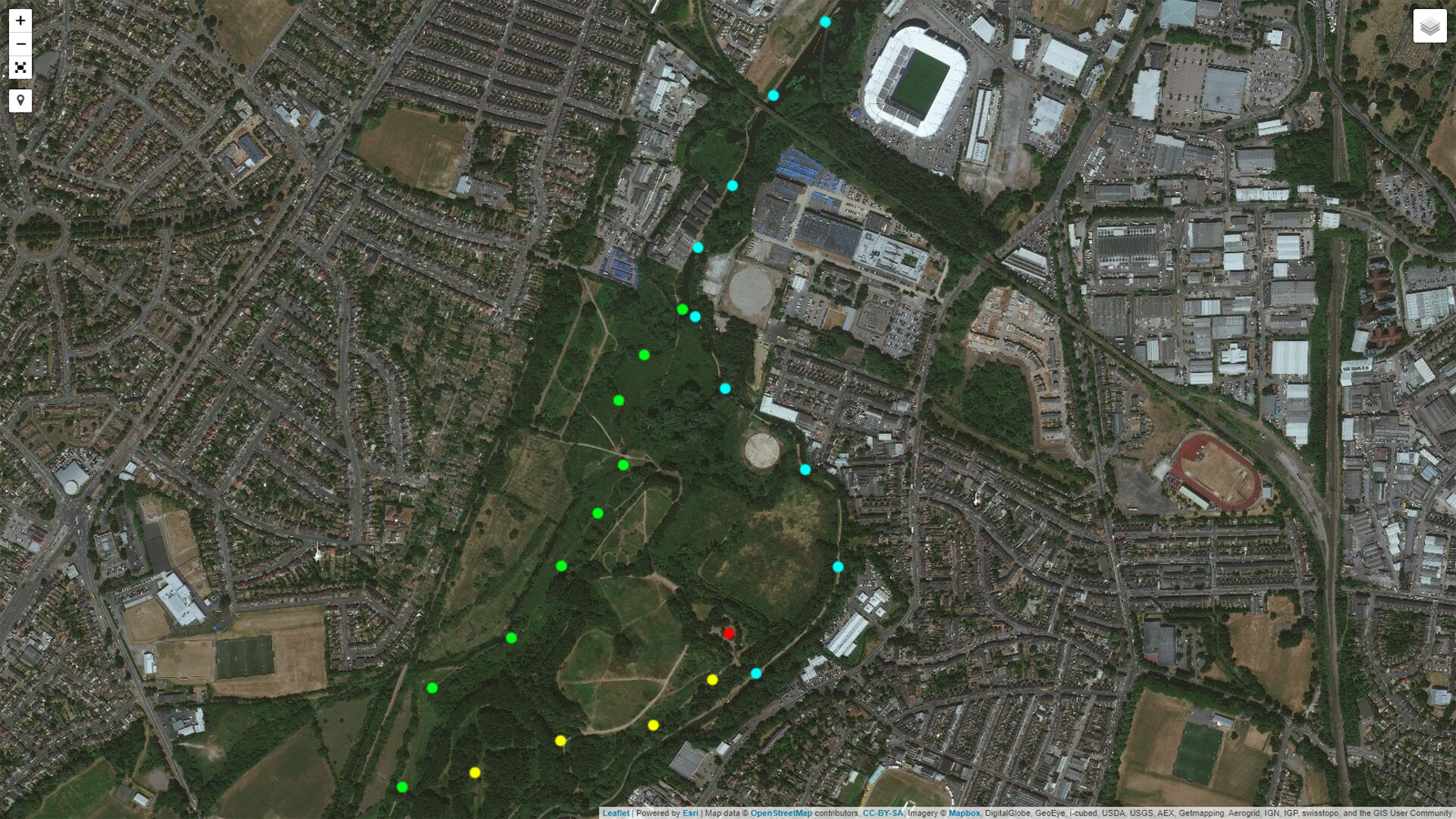 The red dot is the starting point at the car park; I followed the River Soar/Grand Union Canal along the cyan dots up to the King Power stadium; retraced my steps to the green dots following the River Biam and a boardwalk pathway, then back to the car park along the yellow dots.
I had my bins and camera, and set out in what were mainly bright and sunny conditions albeit still very cold. By the time I turned my back on the KP and headed back it was clouding over, and by the time I was on the yellow dots it had just started snowing again. We've had snow flurries every day since Sunday night, albeit mainly light.
The first stretch followed the tow path along the converged River Soar/Grand Union Canal. As you'd expect from an inner-city waterway, there are more graffiti-laden buildings, bridges and locks than scenic views .... 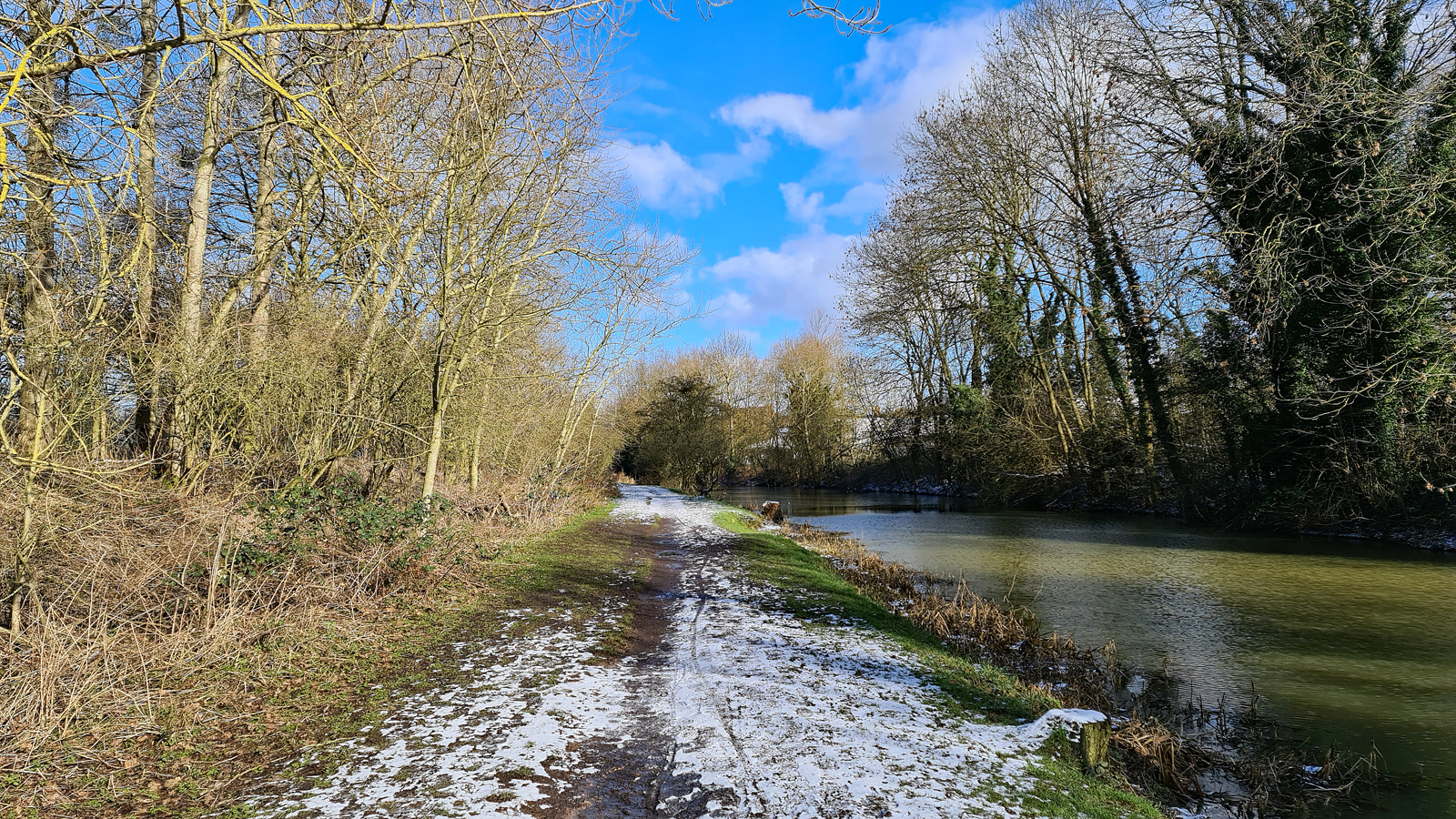 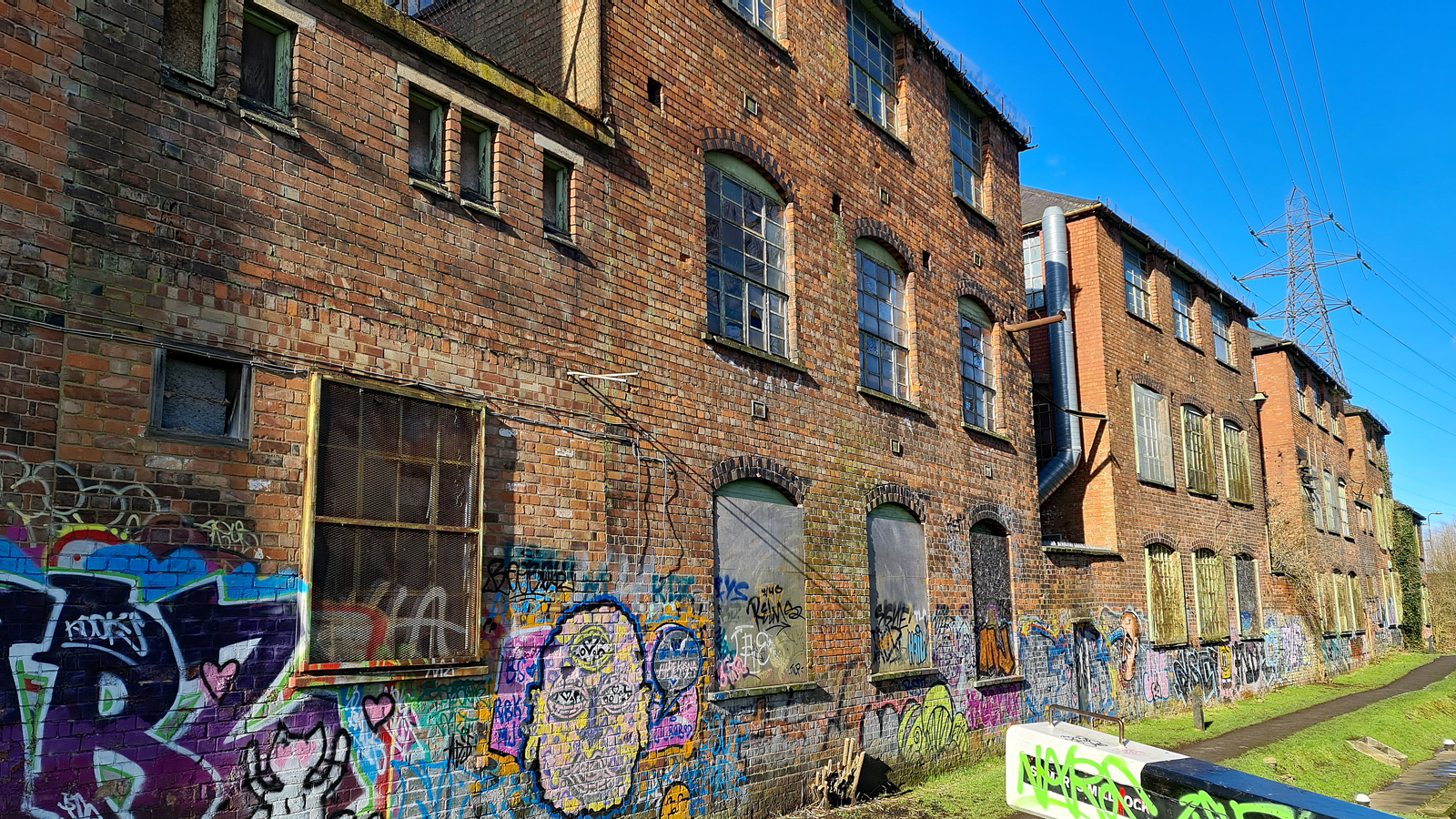 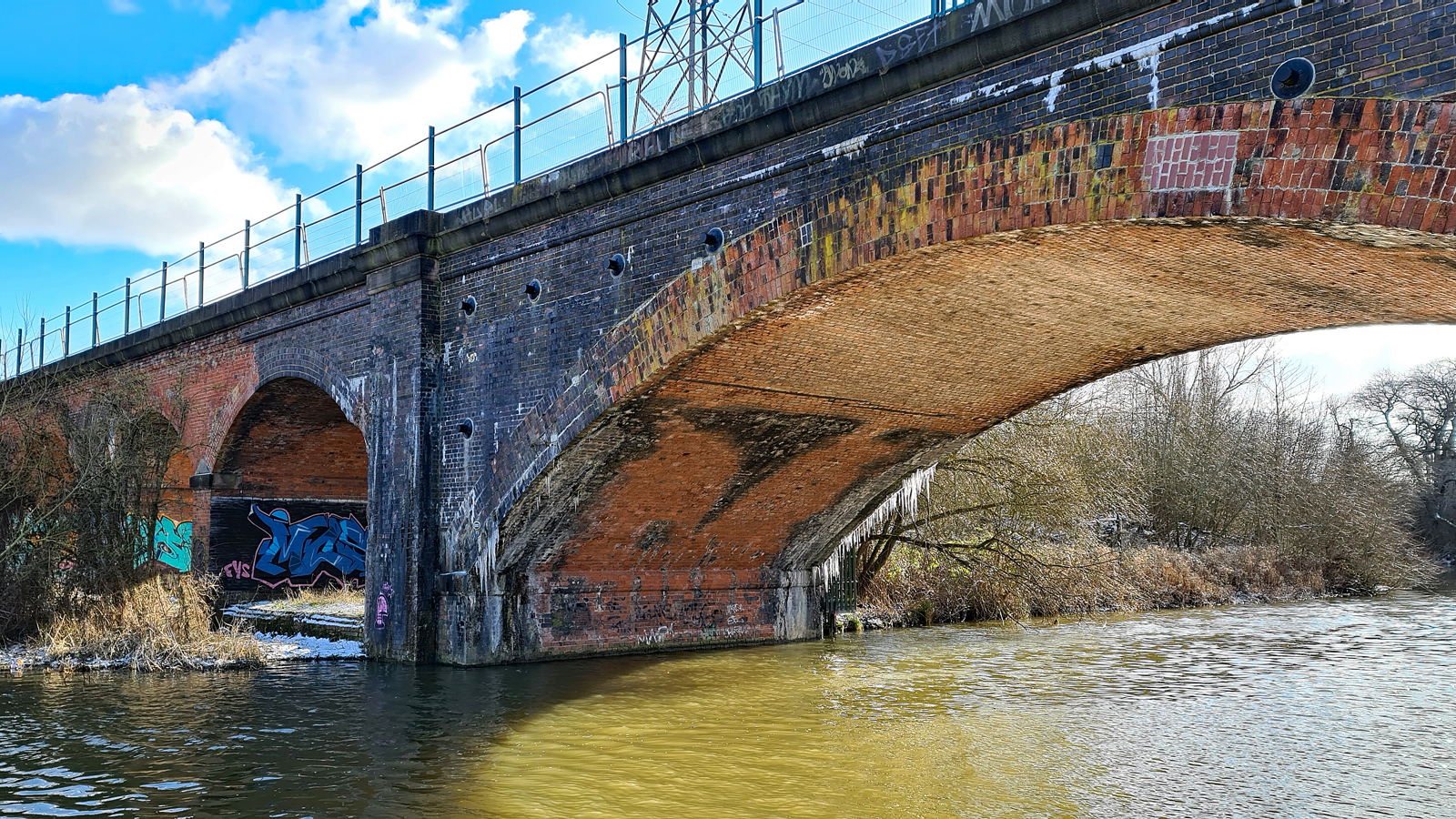 The melt evident on this bridge may be short-lived given the forecast -5C tonight! 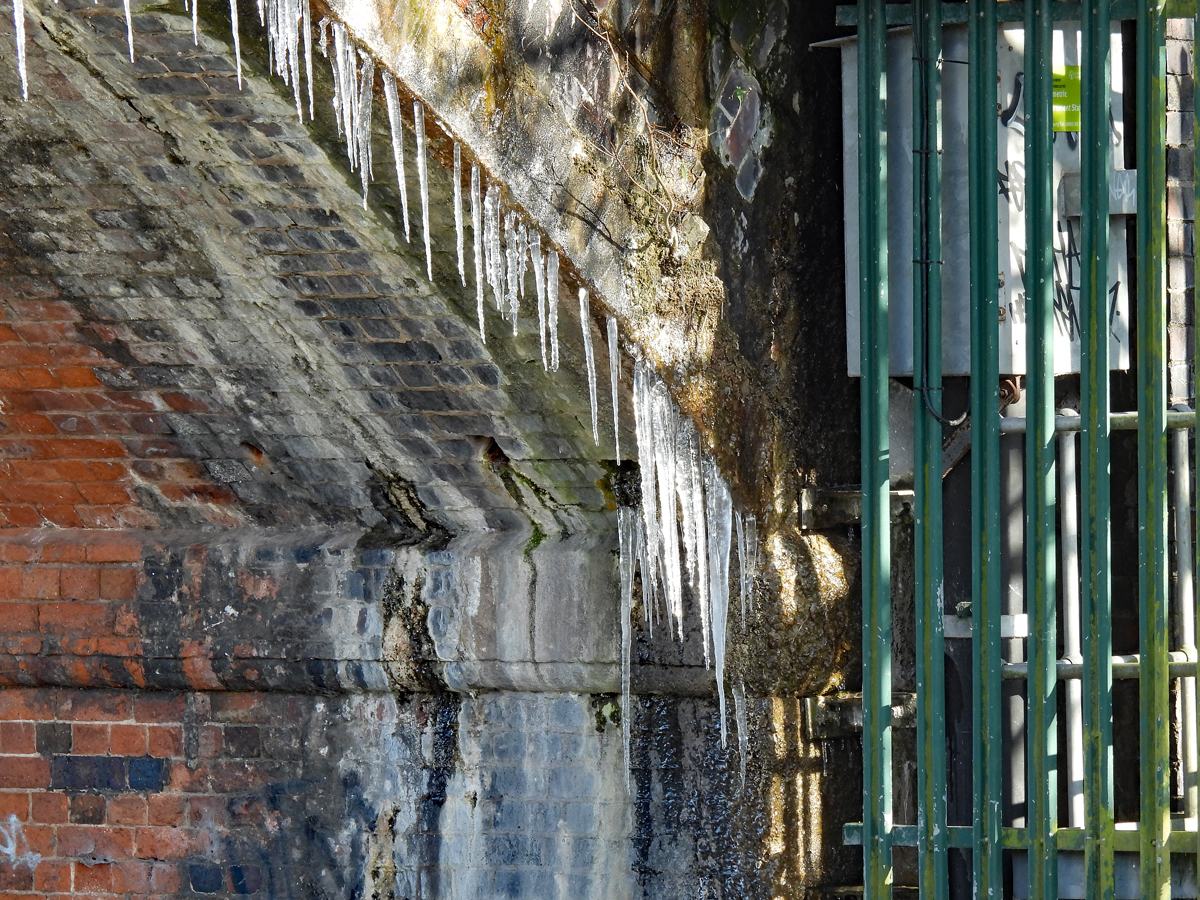 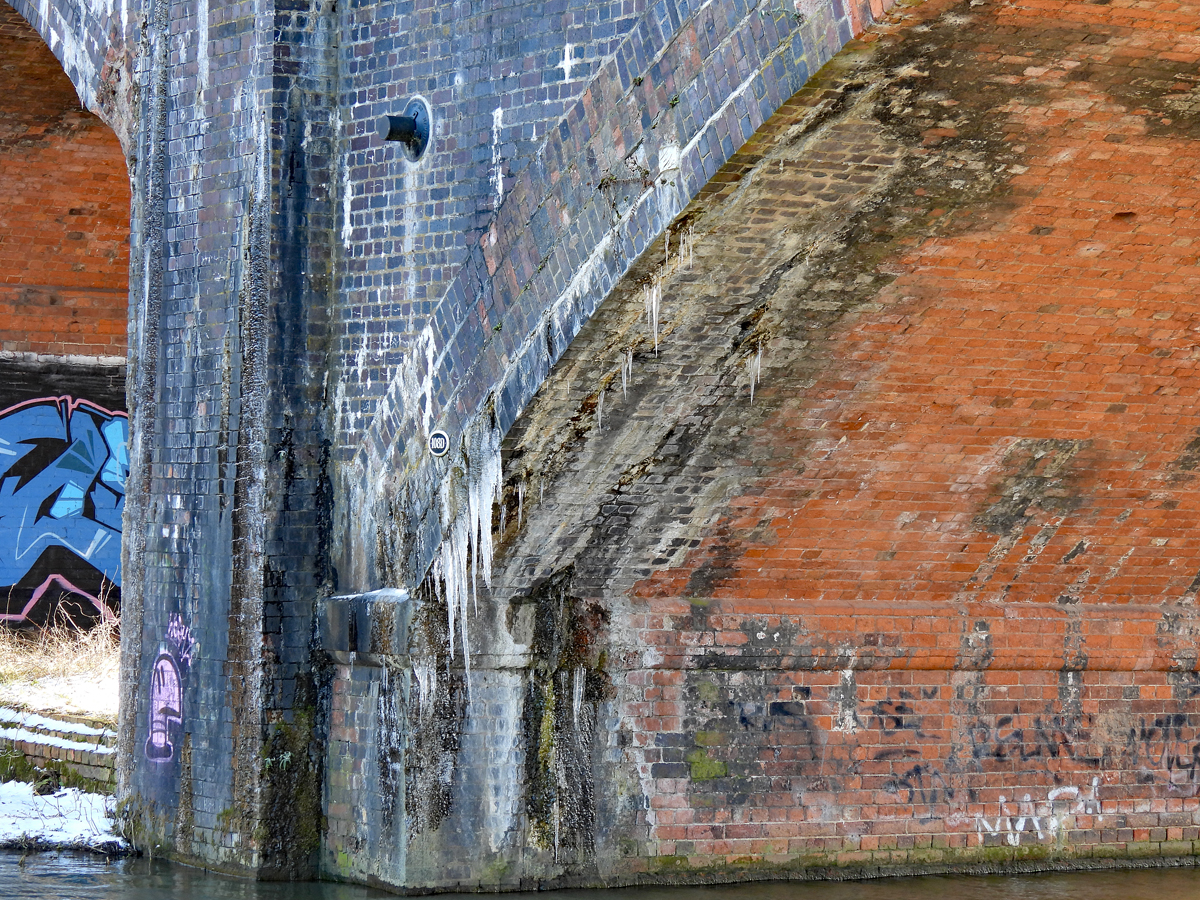 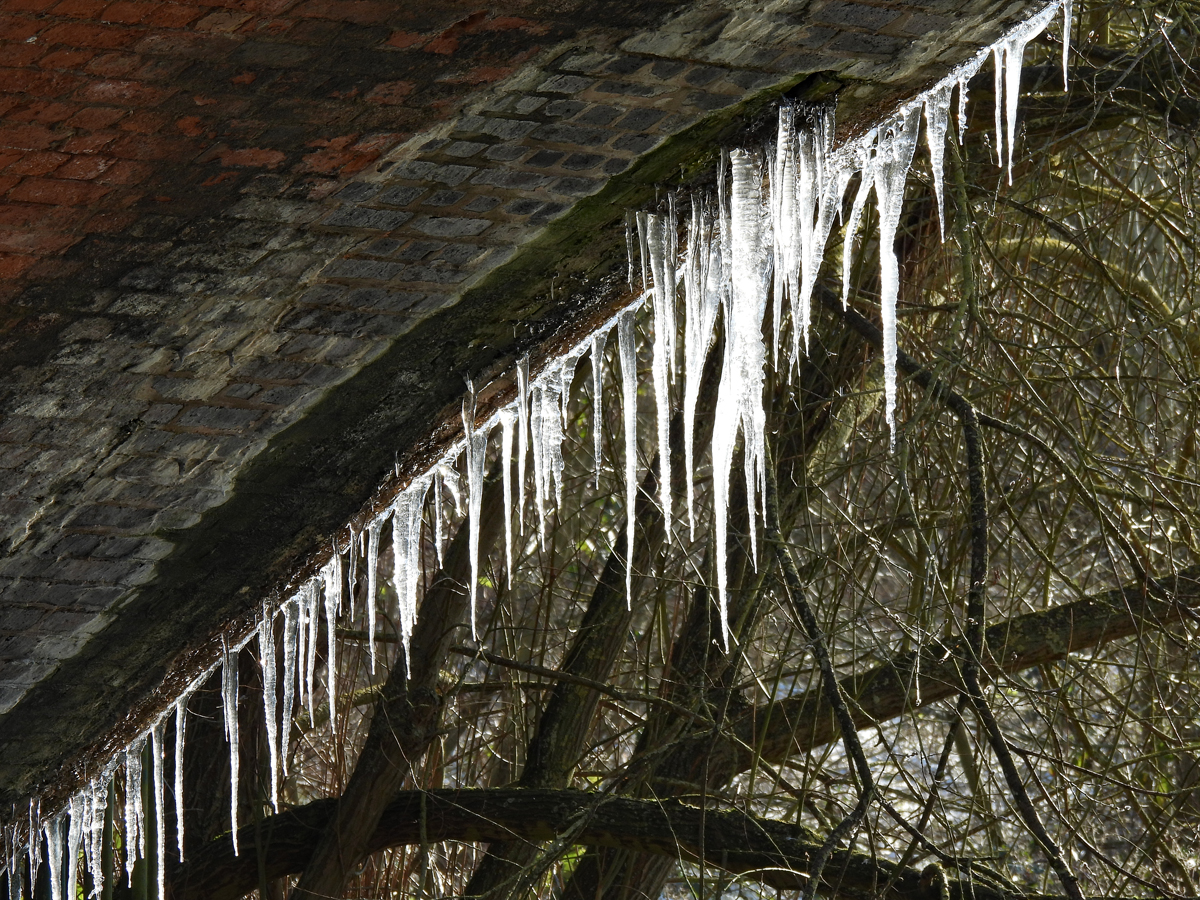 Before long the glorious vista that is the KP came into view opposite Freemens Meadow Lock and the weir. 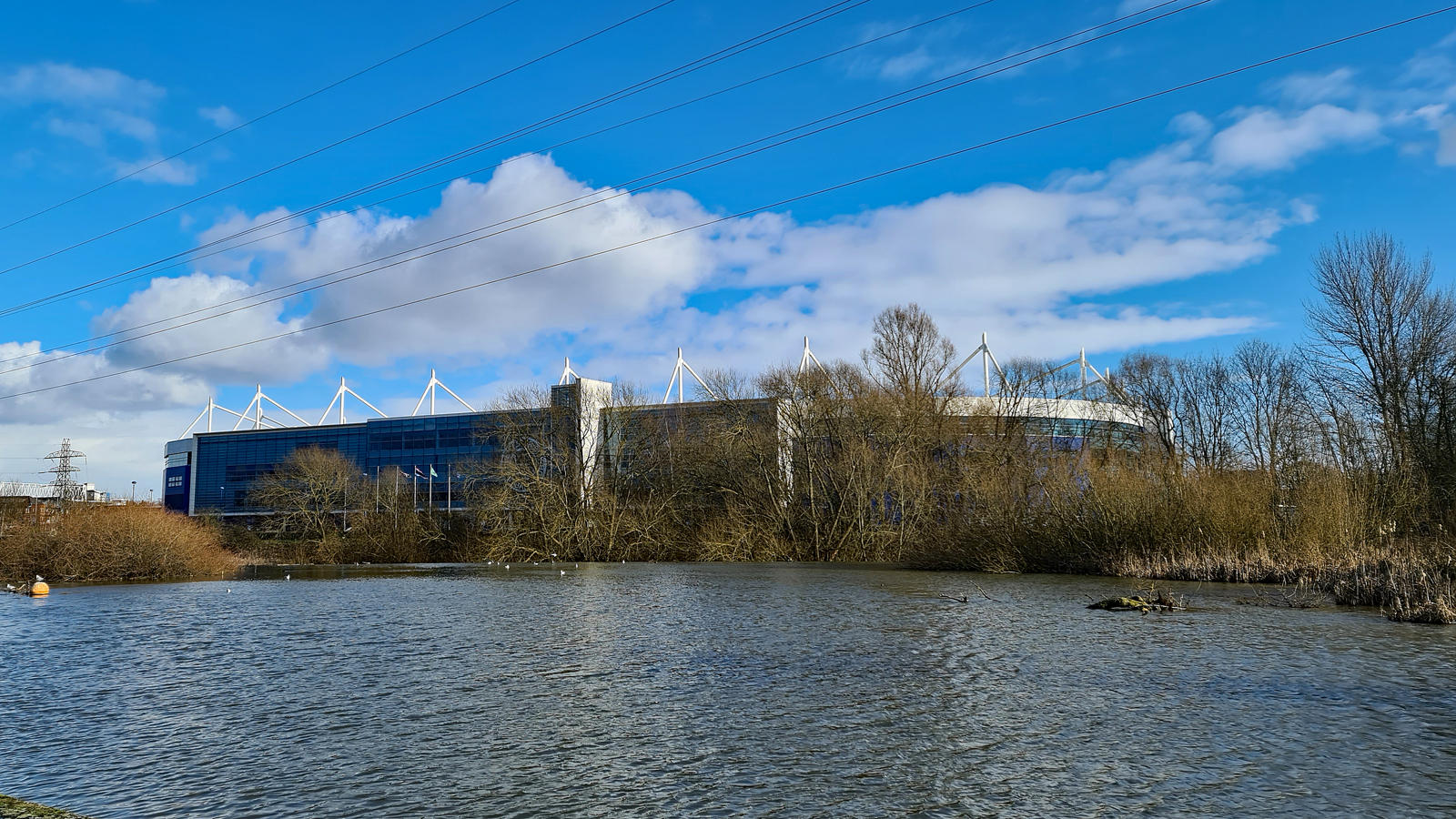 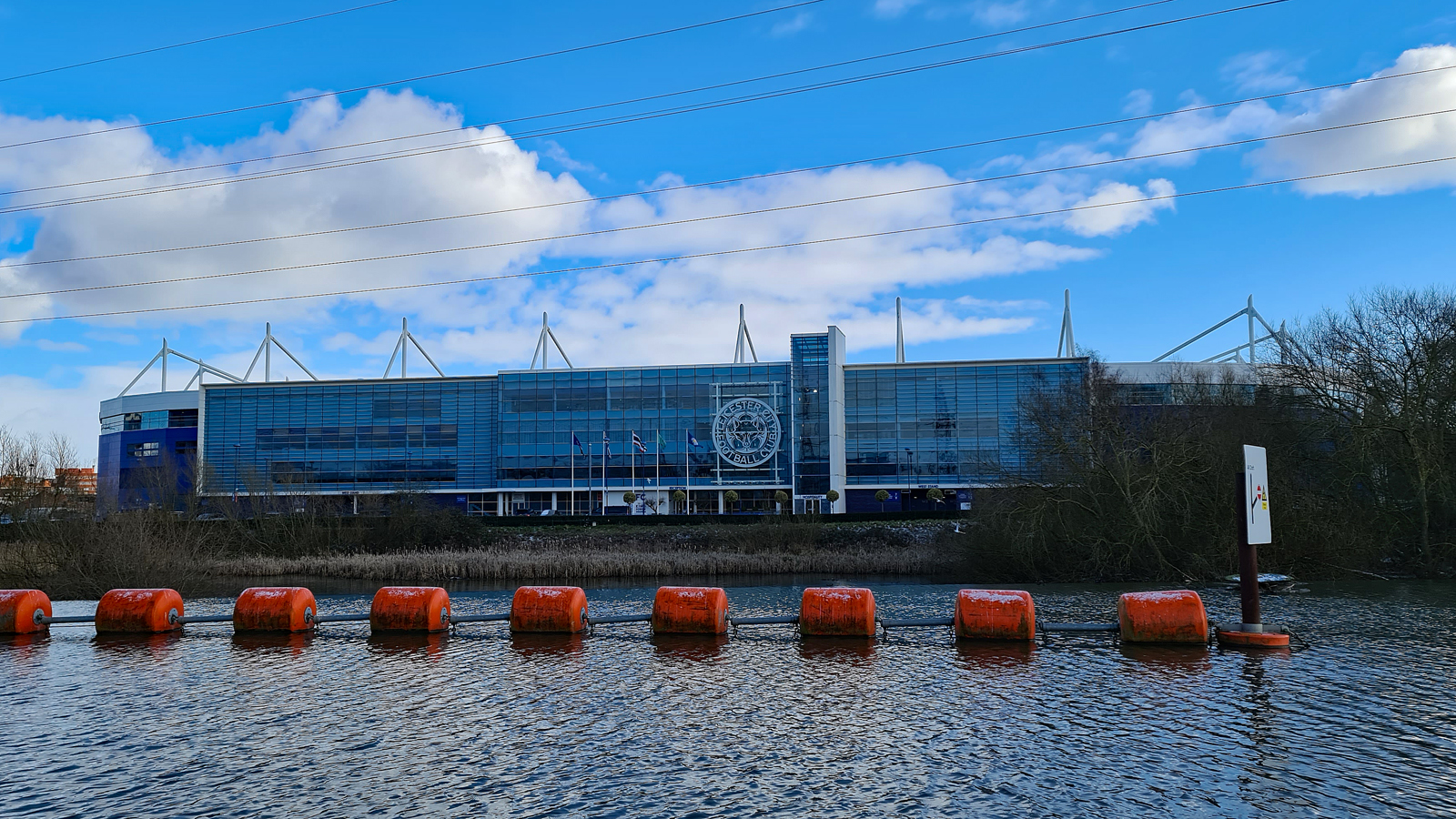 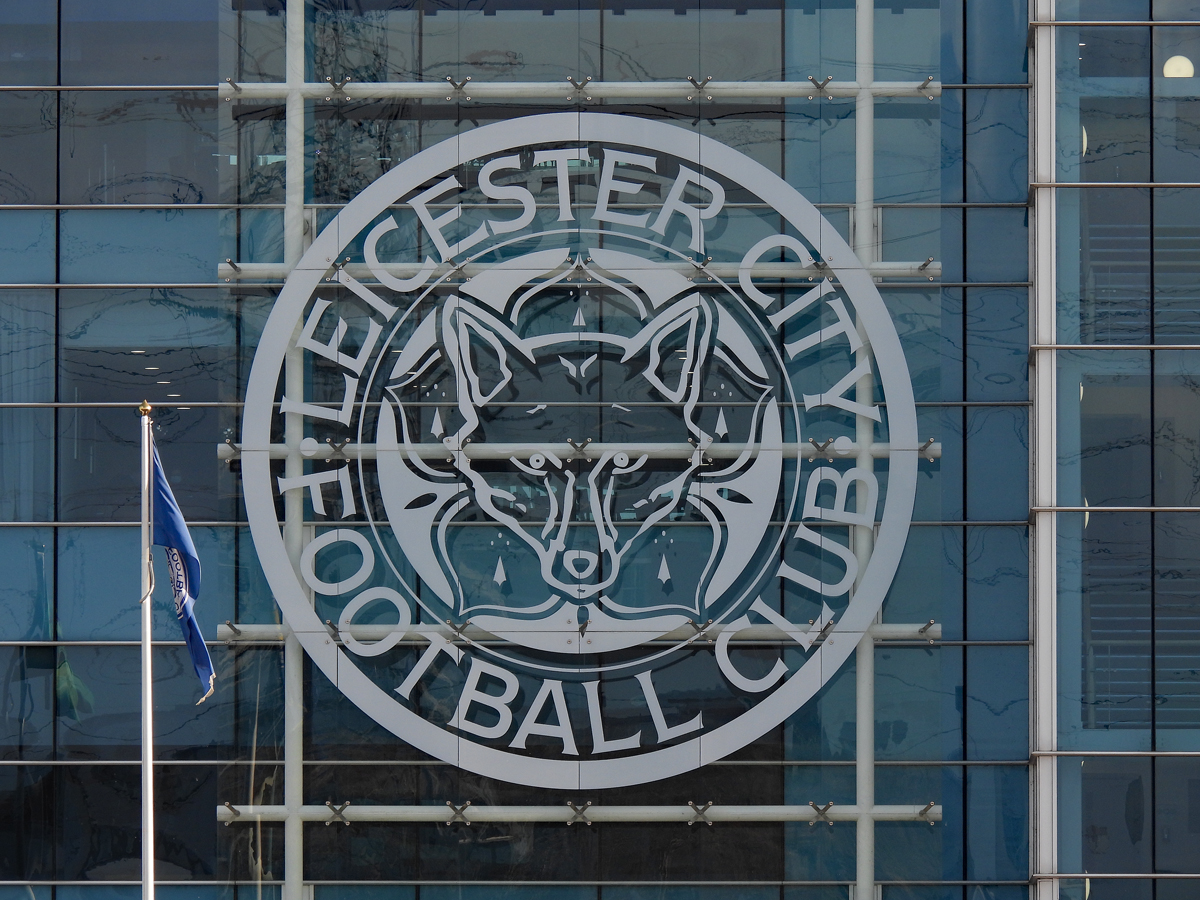 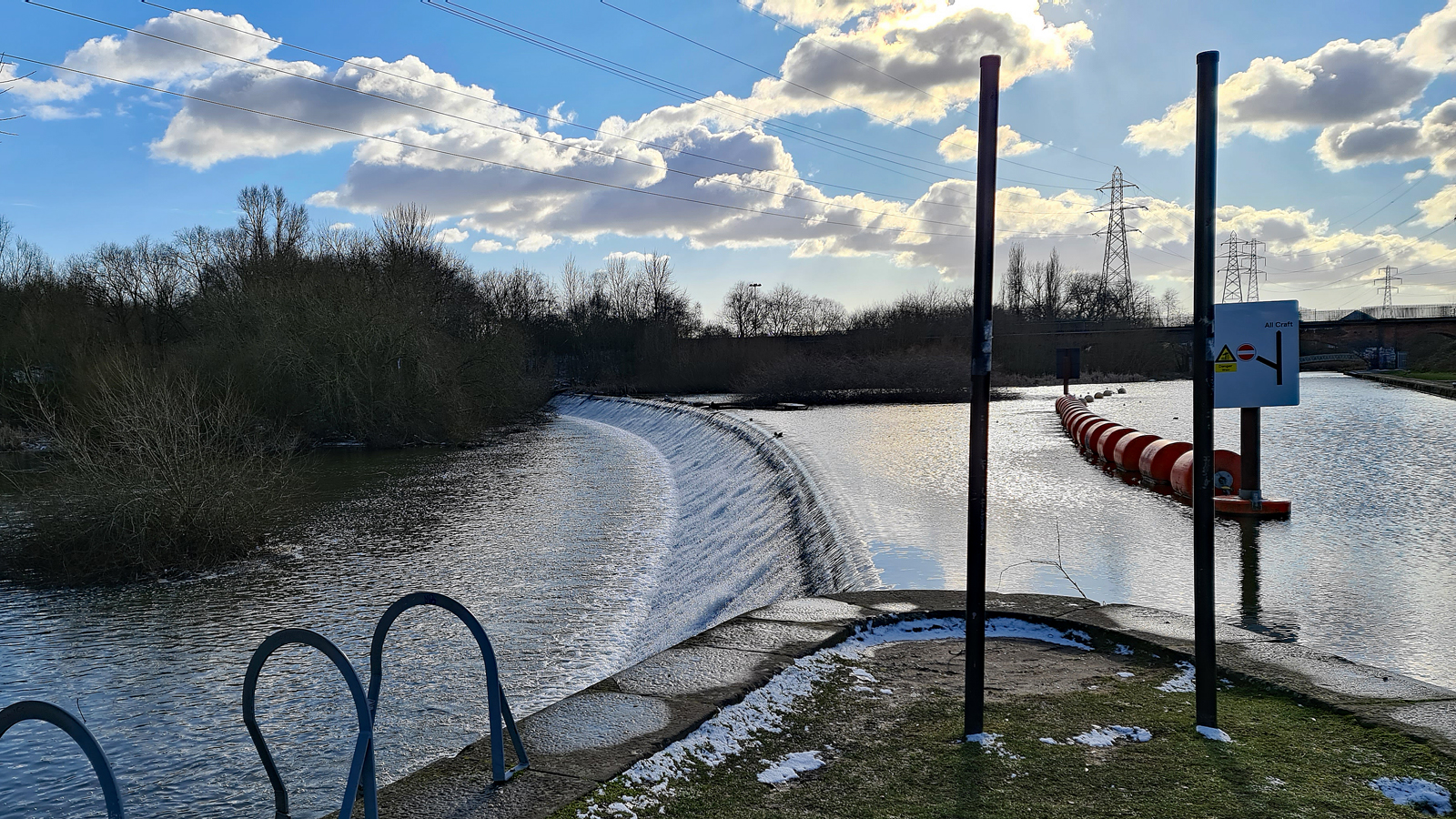 Up until this point, the bird interest was limited to say the least. Nothing but the odd Mallard, Moorhen and Mute Swan along the canal, and no sniff of a dashing iridescent blue streak. But, just whilst I was fannying about between phone and camera, a Raven was briefly in view soaring over the KP, the first new 5MR bird of the day. A quick scan on the water below the weir revealed another couple of yearticks, 15 Teal and 5 Little Grebes - albeit requiring full zoom on the camera. 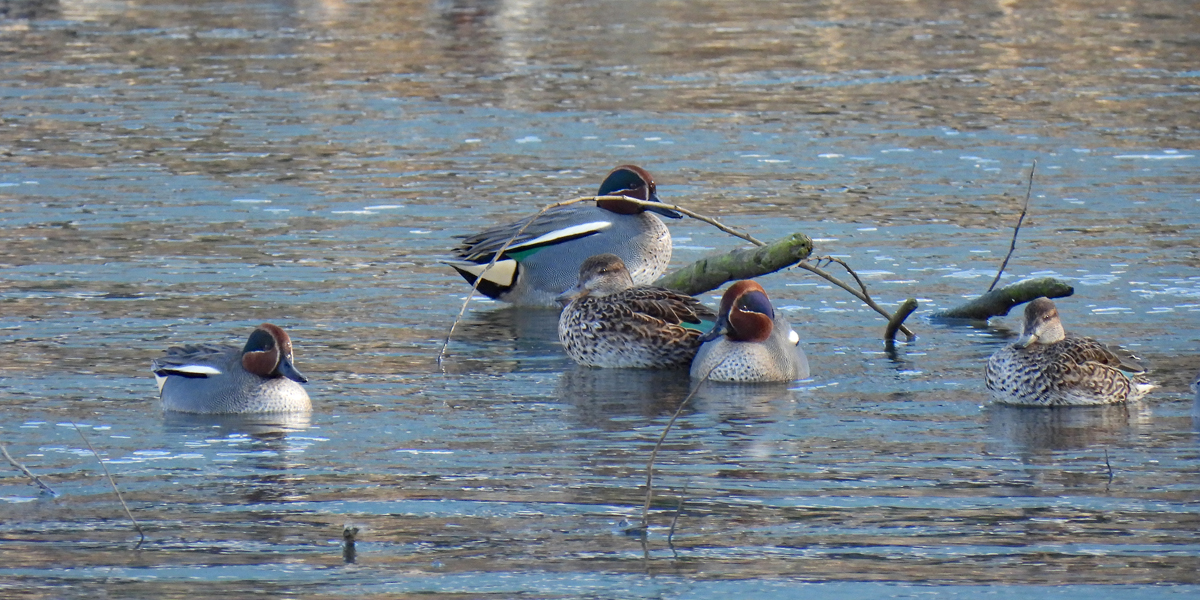 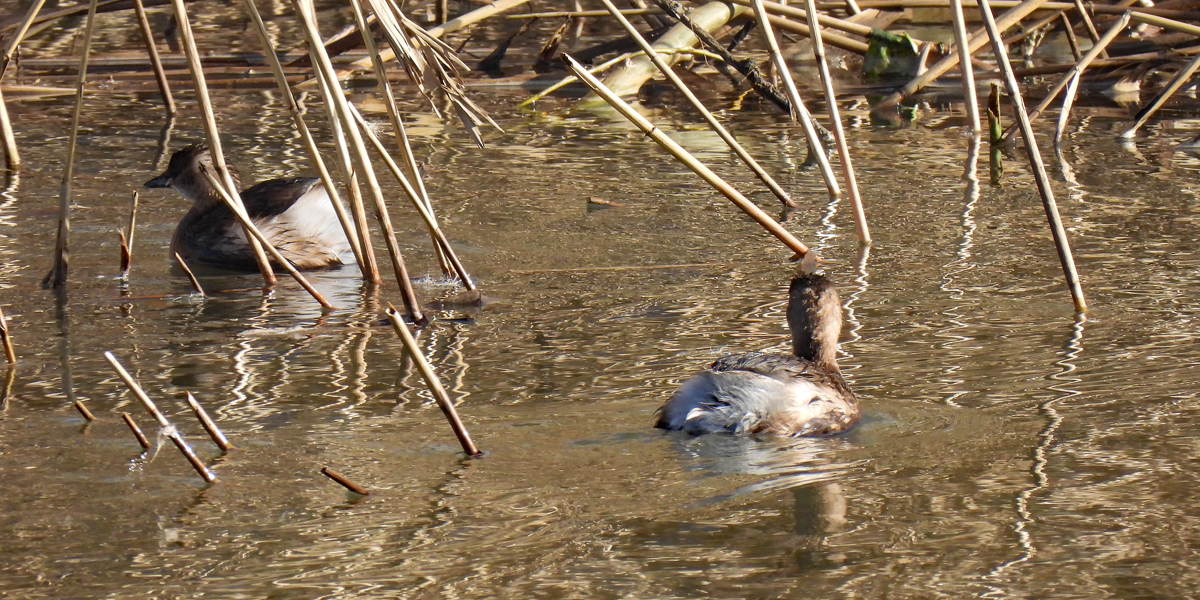 A fourth year tick was a bit nearer, though perhaps less photogenic in the great scheme of things .... 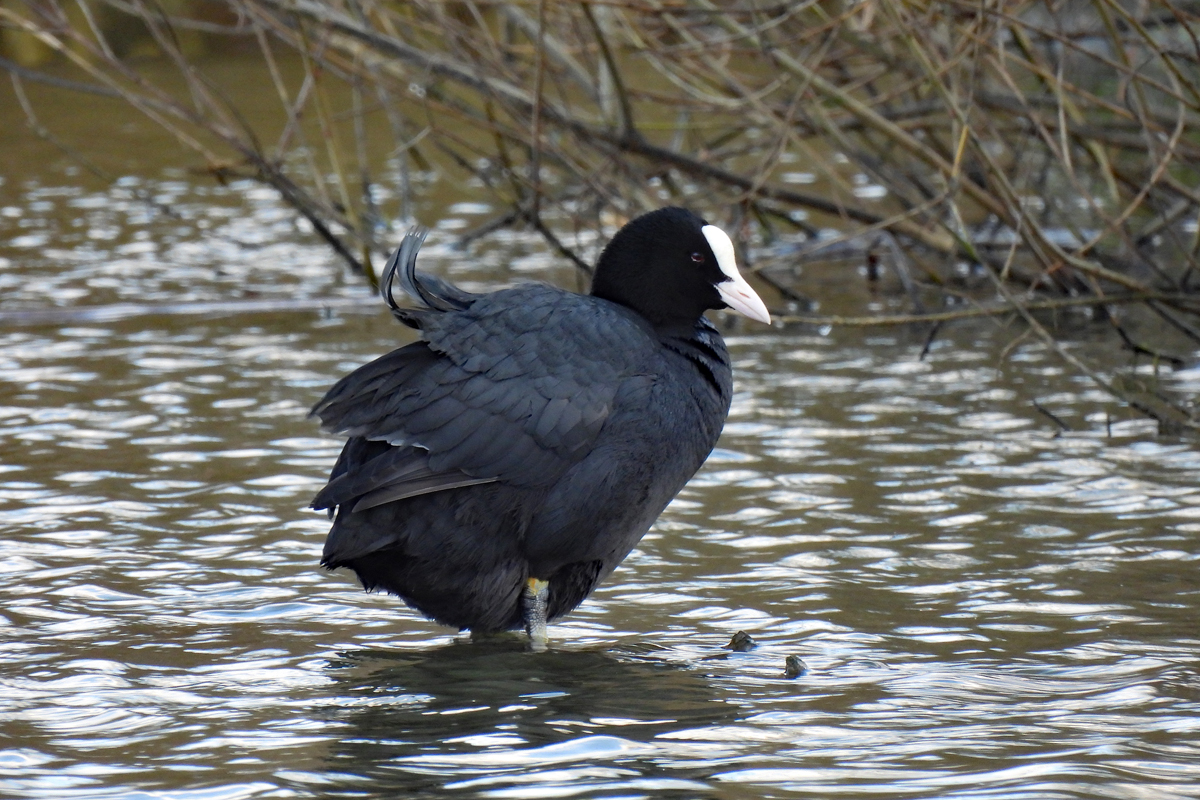 I was a little bemused at the antics of one of the Moorhens, which was hopping along a row of large orange buoys that act as some sort of barrier in front of the weir - a bit like that shite TV programme Ninja Warrior. It only stopped hopping when it got to what must have been a particularly appealing pile of gull shite to peck at .... 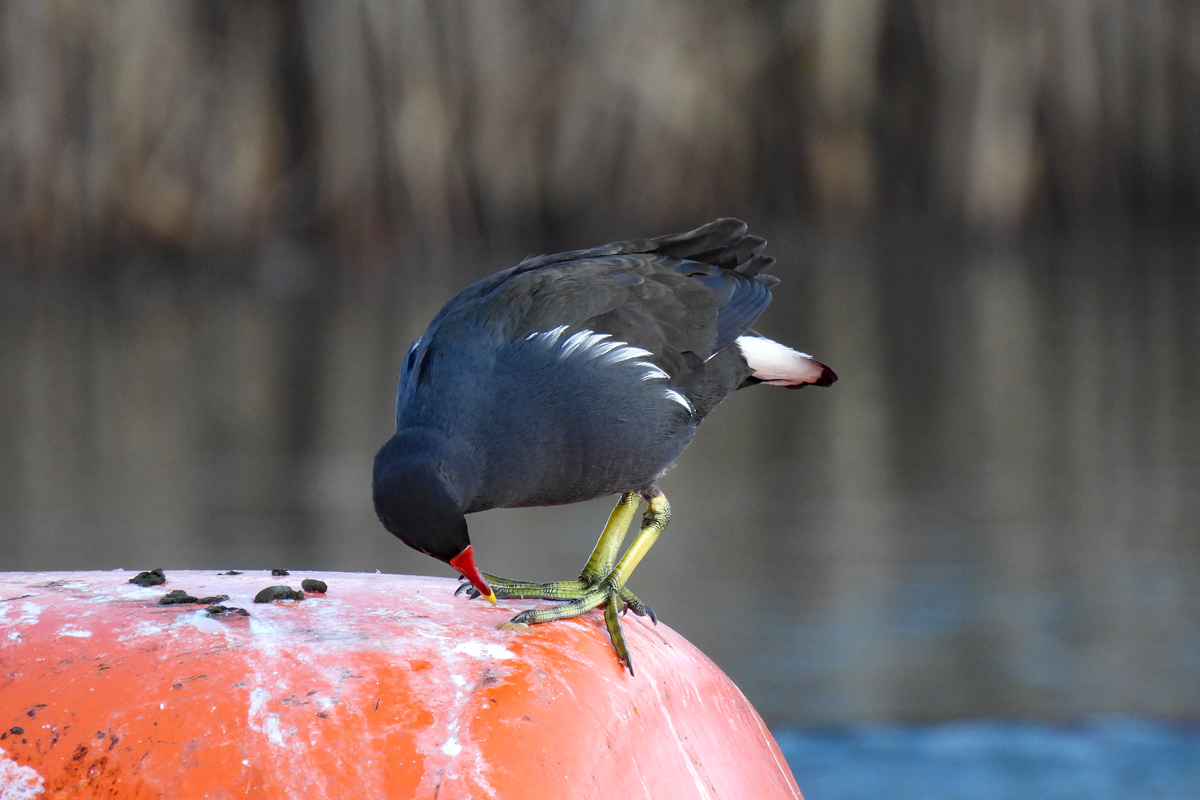 I also felt obliged to point the camera at these majestic beasts, clearly a cold-weather movement from the fields of East Anglia .... 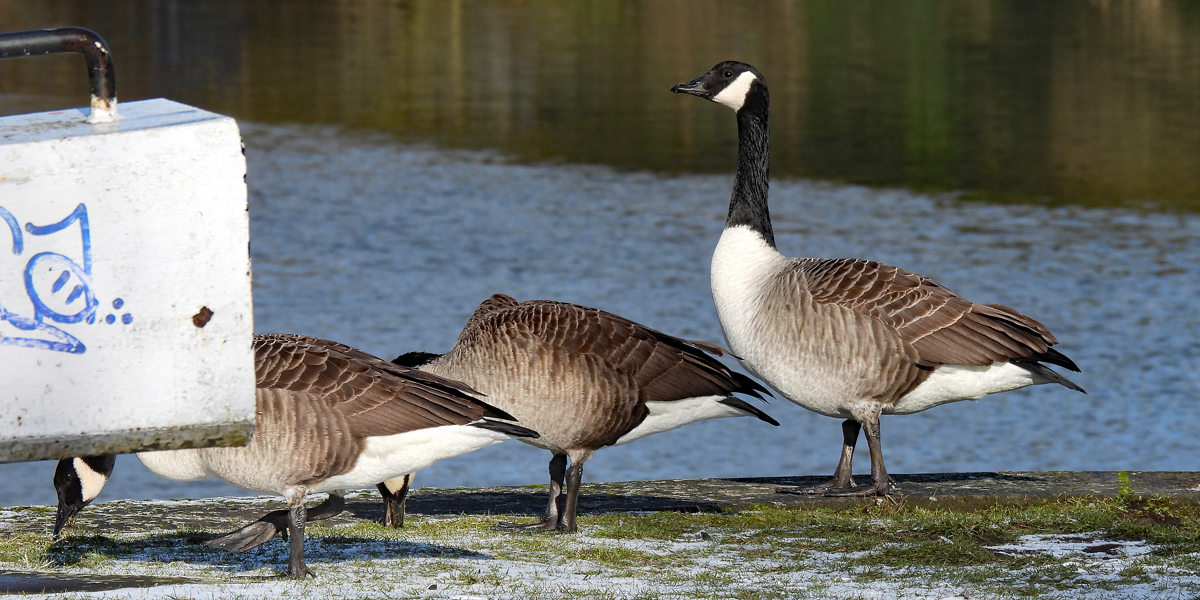 The walk back was a little precarious in places, as the rivers had clearly flooded big sections of the meadows previously, but there is a long stretch of boardwalk that made for better walking once on it. The scenery was better on this route, but with the cloud cover increasing and snow starting to fall there was not much chance of adding anything else new. 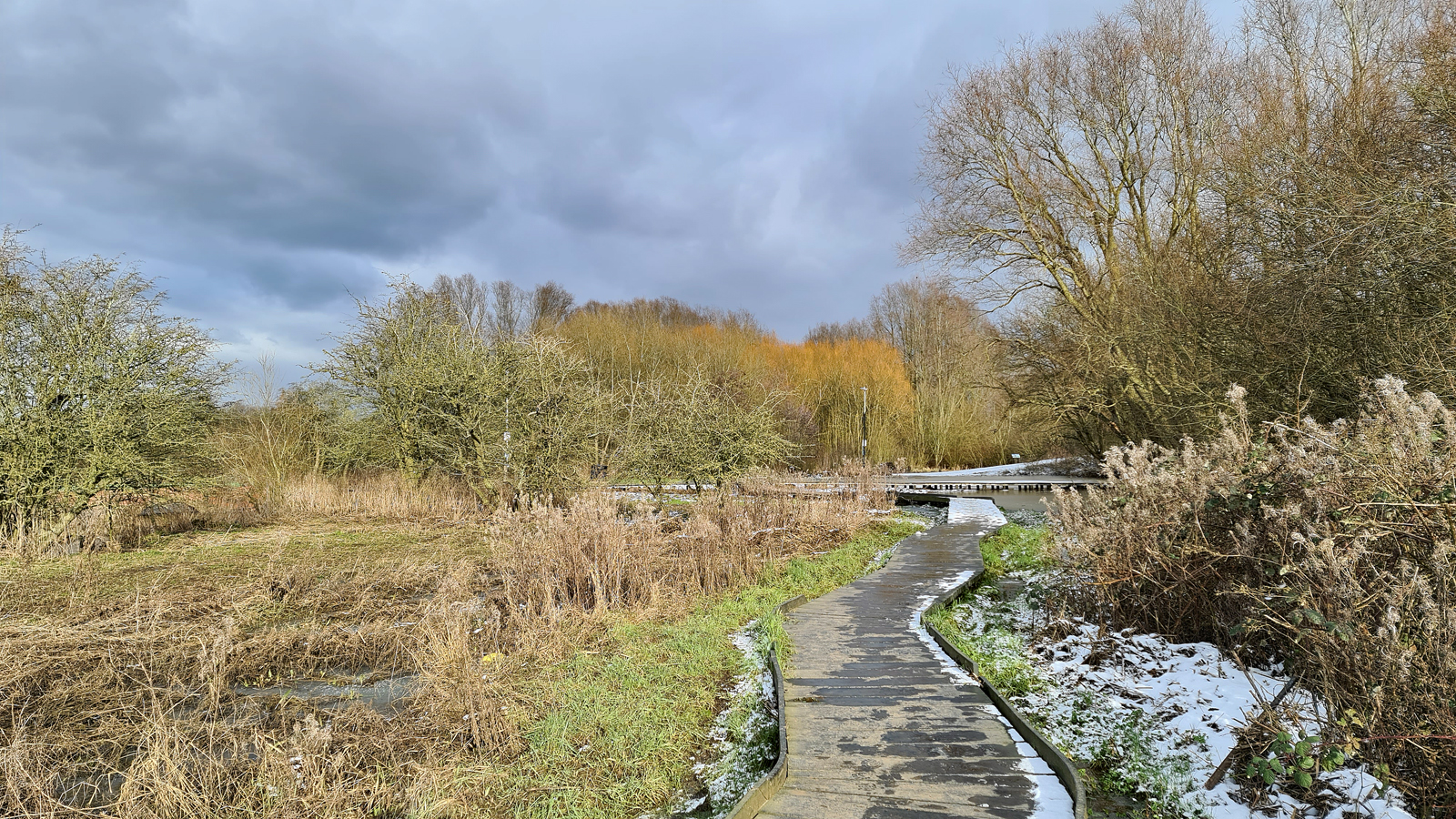 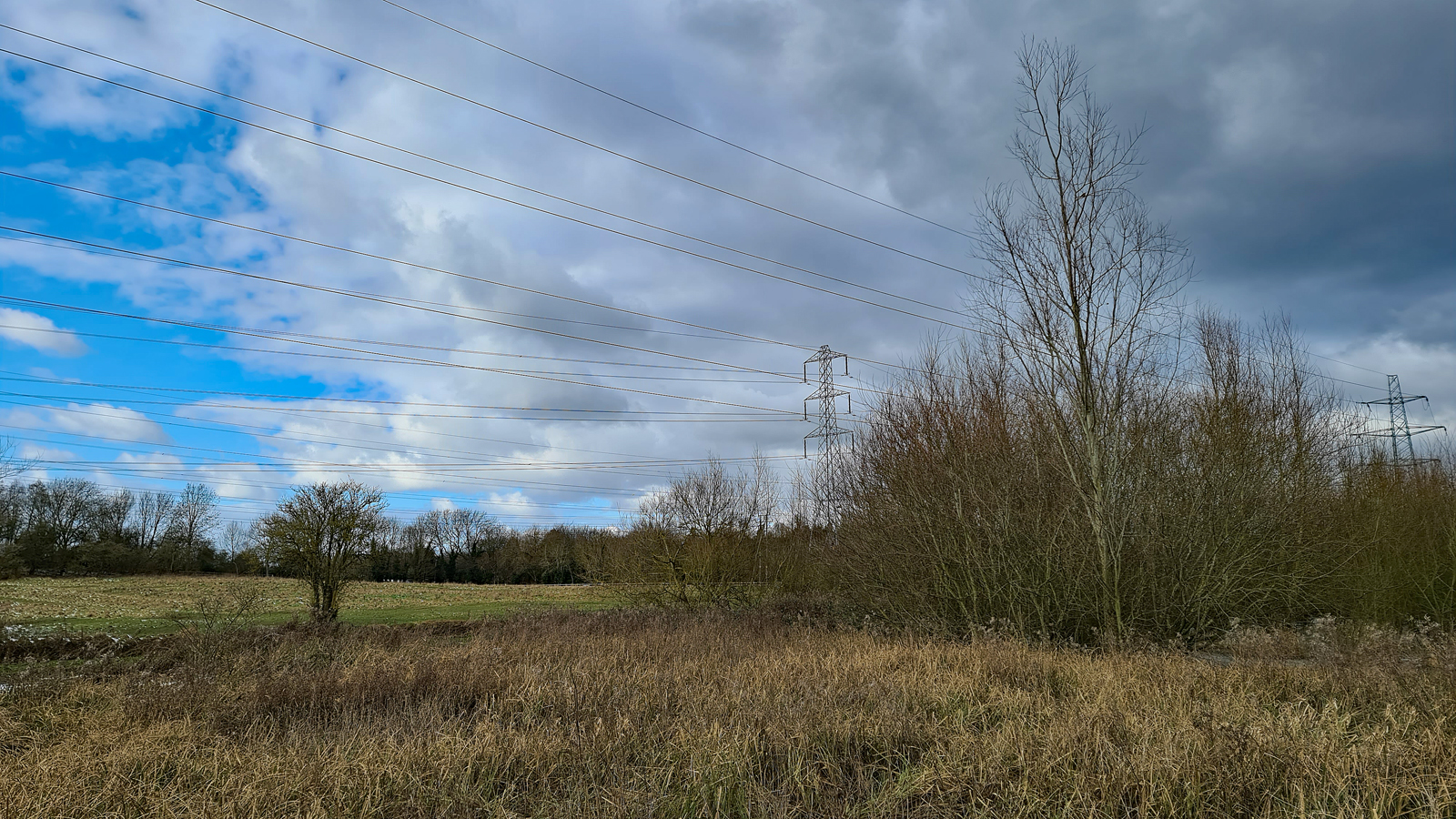 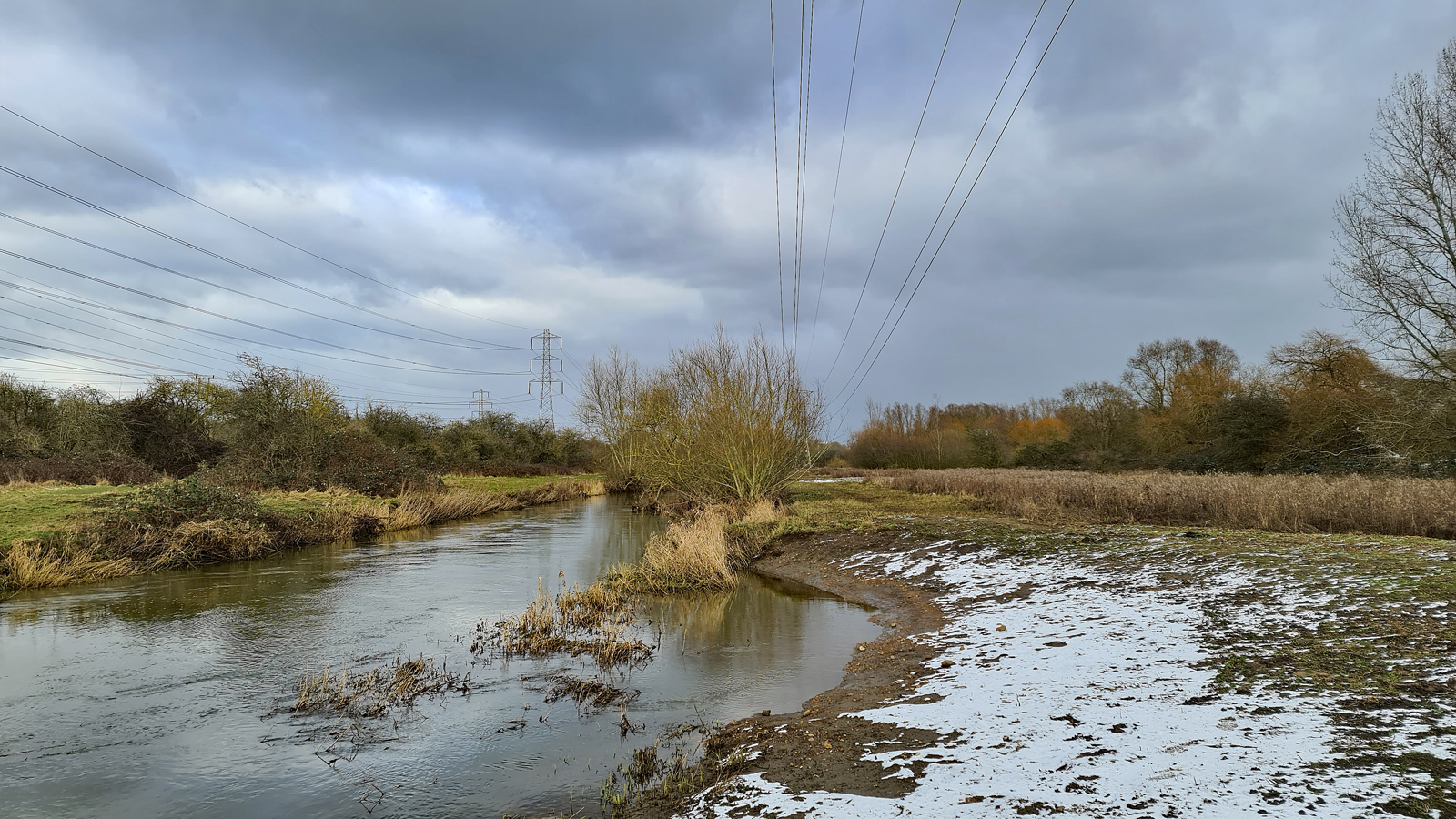 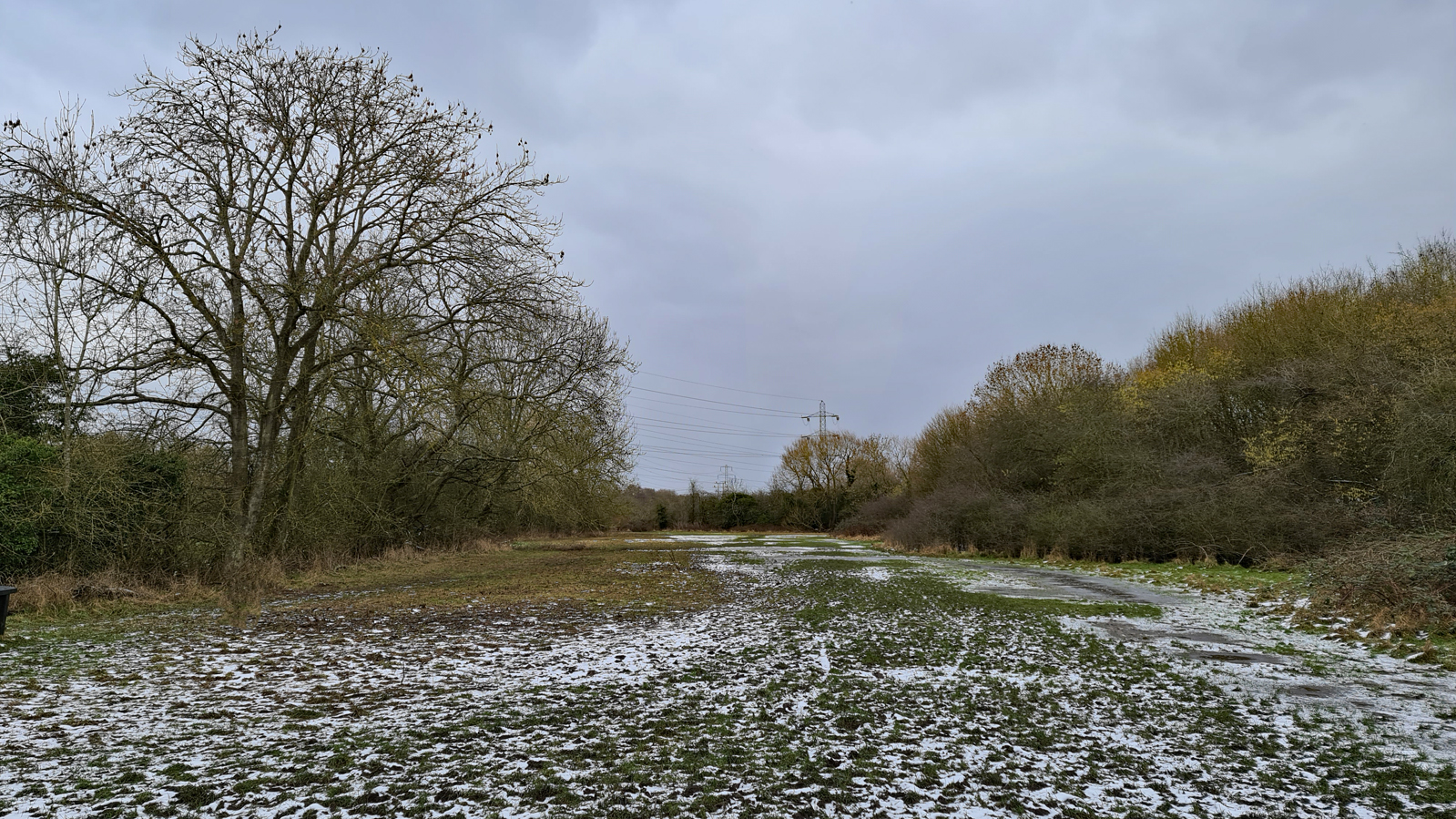 When I got back to the car park, one of the clumps of Mistletoe (actually not that common in Leics. but there is a fair bit here) showed expected movement. 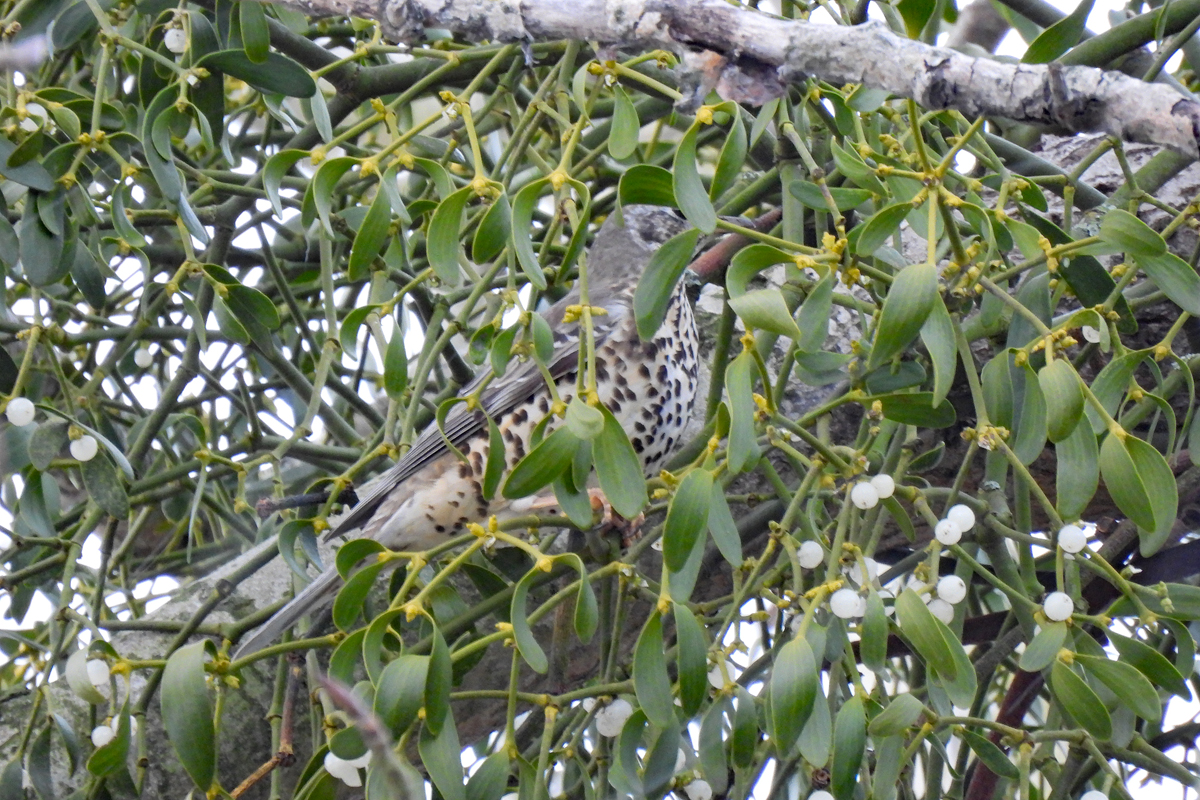 During the time I've been constructing this image-heavy post, the delivery man has brought the TG-6 I ordered on Monday. I've got plenty of time to not read the manual (I've never read any camera manual), plug it in and see what's what before I'll have a chance to poke it in front of some small invert or other. 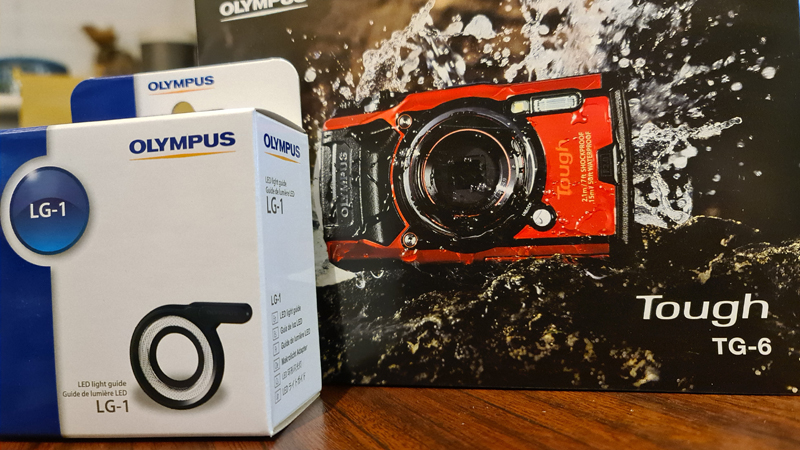 Tonight though, fittingly given the walk today, I'll be watching LCFC (hopefully) making their way to the FA Cup quarter finals. I can't believe that it is almost a year since I last sat in my seat at the KP (Man City, 22/02/2020). I did not go to the last home game where fans were present, Aston Villa on 09/03/2020 - it was a Monday night, I'd been busy and the writing was on the wall about impending closures and lockdowns - I just didn't fancy it and watched at home. Since then I've seen more LCFC games on TV than would normally be feasible as every game home and away has been televised. Whilst I want my team to succeed, in a weird way I will be massively disappointed if we were to win the FA Cup (the only top level domestic trophy LCFC have never won) in a season when no fans can experience and enjoy the spectacle.
The canals and the bridges, the embankments and cuts
They blasted and dug with their sweat and their guts
They never drank water but whiskey by pints
And the shanty towns rang with their songs and their fights
Posted by Skev at 19:08

Firstly, I swear I'm gonna stop following your fine bloggage if you insist on the gratuitous Coot and Canada Goose pics, secondly I'm looking forward to the TG6 pics. Thirdly, man wot a toon!!! Fourthly (is that even a word?), 'finally' just wondering when the last time I saw any graffiti may have been. Shit, it's been a while now for sure.

No graffiti on Skye!? And you having all that paint around the place .. go and tag your nearest public building.
Rum, Sodomy and the Lash is one of the finest albums in existence - go listen to the whole lot.

I remembered - the public toilets at Broadford are graffitied to buggery (though judging by the football teams etched into the doors, it's not the locals doing it). I do have paint, but it's all in pots. Never tried tagging with a paint brush before, could be fun!