End of the month, how are the various lists going ....

Today should have been a golden opportunity to add a few bits, if I'd gone out. I was working this morning, watching LCFC capitulate in worrying fashion from midday to early afternoon, and then sat around waiting for the district nurse to turn up and flush and dress my PICC line. I should be optimistic and wait to see if I can add something late this afternoon / early evening, but actually I've got stuff to do.

In between waiting and wailing, I had a play with the TG-6 using a solitary Common Quaker that I'd forgotten was in the fridge since Thursday morning. I've realised a couple of basic things: the camera was set to 'normal' compression, which in the great scheme of things is more noisy than the 'superfine' setting which I've now got it set to. Image file size has more than doubled, as the sensor is gathering more data. I also found that the auto white balance had an additional 'keep warm colours' setting, which I've turned off for indoor use with the daylight lamps. Finally, I found how to force the ISO to lower numbers (which is fine if subject sat still and camera on tripod) - so I forced to 100. All in all that gave me a much cleaner and better colour-balanced starting image than the last moth I tried. Perhaps not perfect, but getting better. Tripod and daylight lamps used as normal, and no more photoshop tweakery than I'd normal apply .... 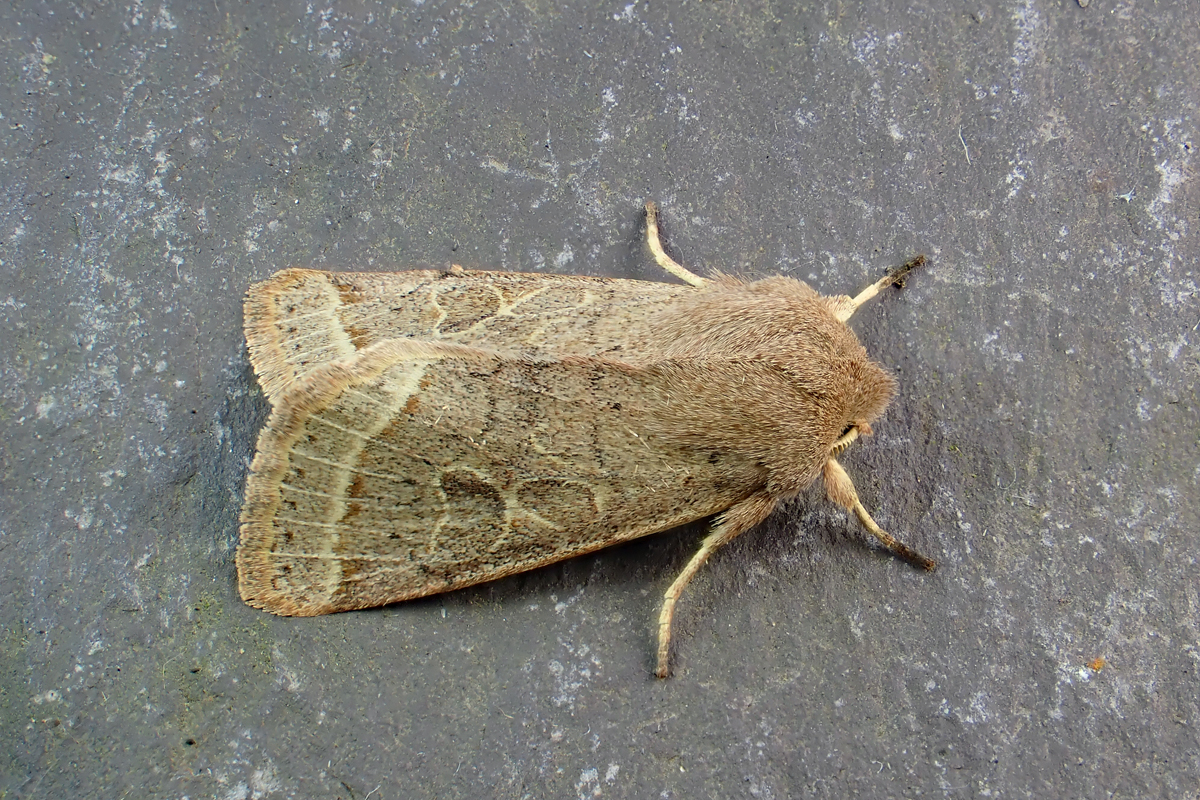 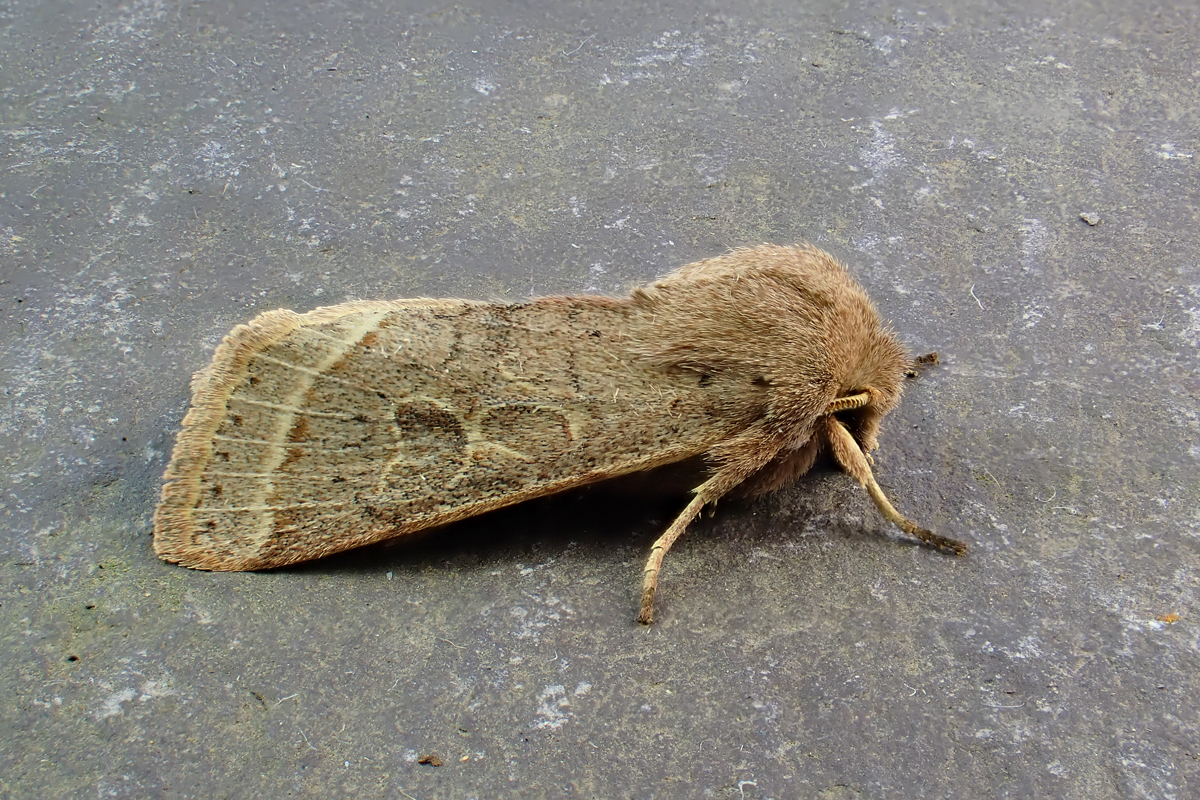 Later, after chucking this out to fly off, I realised more about the TG-6 that I knew I was missing. Basic stuff that I couldn't see how to set/change from the menus. Essentially pressing 'OK' at any time brings up a series of icons on the right hand side of the screen that are then selectable and options can be changed without having to go through the menus. Including switching between AF/MF, changing white balance and ISO. I also found from that method how to select a RAW and JPEG file. I don't use RAW normally, but until I am happy with a repeatable and reliable set-up it might be worth having the option to tweak a completely uncompressed image. Anyway enough of that for now.
February saw me spend the better part of two weeks not doing anything whilst it was cold/snowy and/or I felt a bit crap. I've not got out into the square as much as I did in early January, and I've not been out with my bins as much either. Still, the lists have steadily crept up.
The SP5595ish square list stands at 222 species (+5 aggregates). It was 159 at the end of Jan, so +63 species. During the 2013 effort the list at the end of Feb was a paltry 158 species. I haven't bothered to analyse the comparison any further than that, perhaps something for the end of April when variance in conditions etc may have equalled out. 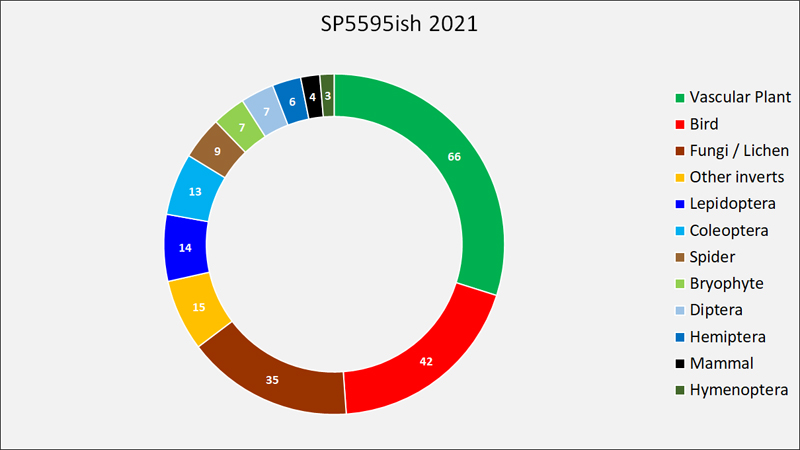 As things progress I'll include a separate breakdown of insects (eg splitting out hoverflies, sawflies, moths etc).
The birding lists have also grown, though not substantially. You'll remember that within the overall 5MR list there are various sub-lists: Garden List, SP5595ish square list excluding garden, patch list, and birds within the 5MR outside of the square and patch. The overall total was 51 at the end of January, and is only 58 now. Additions were Raven, Teal, Little Grebe, Coot, Tufted Duck, Skylark and Green Woodpecker. Out of those, only Skylark was added from the square; finally a couple of birds singing over the fields on Thursday, no idea where they disappeared to in the weeks before the snow and subsequent thaw. I am still missing a few obvious common birds including Rook, and so far only 20 species on all four sub-lists. March should see the first returning breeders etc. 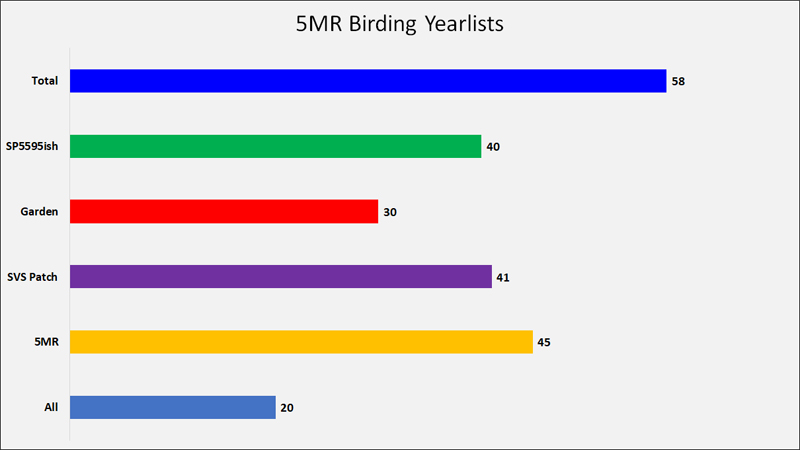